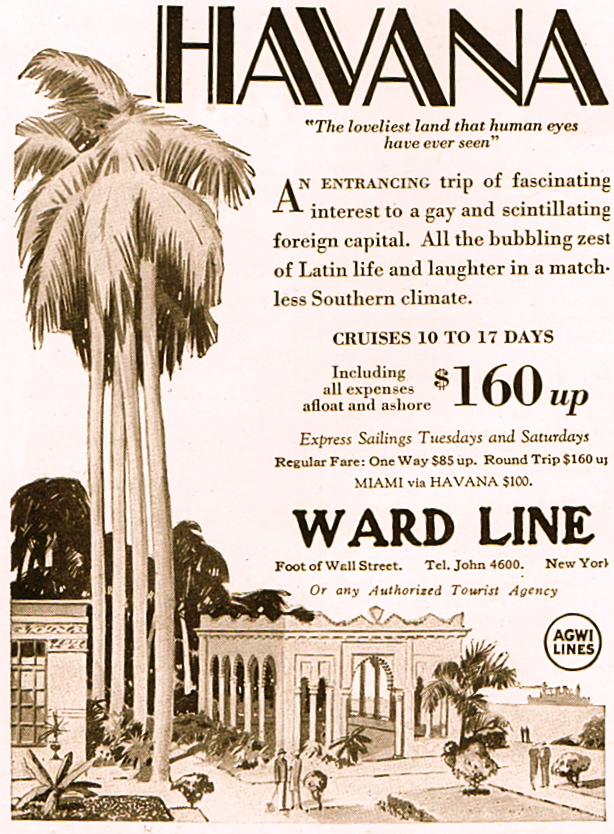 he New York and Cuba Mail Steamship Company, commonly called the Ward Line, was a shipping company that operated from 1841 until liquidated in 1954. The company’s steamers linked New York with Nassau, Havana, and Mexican Gulf ports. After a series of disasters in the mid 1930s, the company changed its name to the Cuba Mail Line. In 1947, the Ward Line name was restored when service was resumed after World War II, but rising fuel prices and competition from airlines caused the company to cease operation in 1954.