LATEST
Home > ALL POSTS > The Clipper Line’s M.V. Stella Polaris, completed in 1927, was the first custom built cruise ship. She was considered the “Royal Yacht” of cruising and was one of the most deluxe forms of ocean travel into the 1960s.

The Clipper Line’s M.V. Stella Polaris, completed in 1927, was the first custom built cruise ship. She was considered the “Royal Yacht” of cruising and was one of the most deluxe forms of ocean travel into the 1960s. 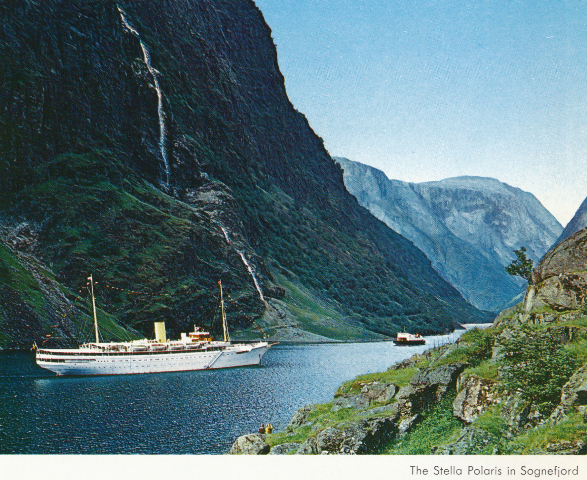 The most famous cruise ship of the thirties, the inter war years, and probably in the history of cruising is the Stella Polaris.

The ship was considered one of the most elegant and exclusive devoted to cruising.  She sailed to the Mediterranean, North Cape, Caribbean and Around The World.  She had no rivals. 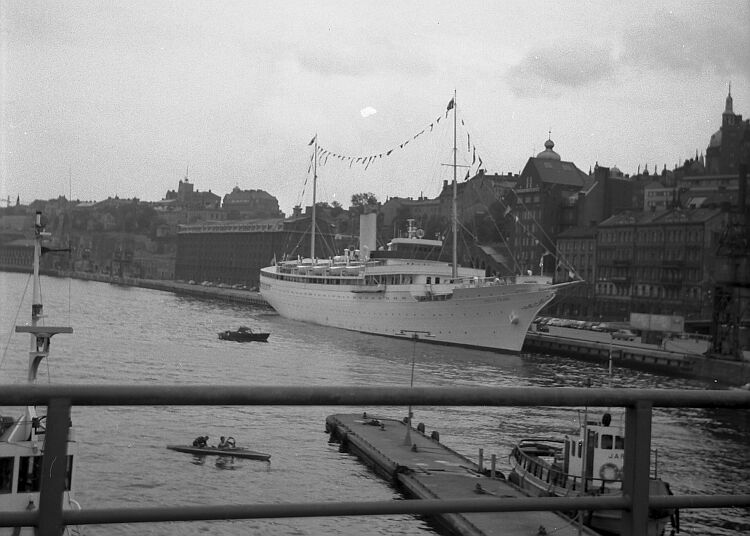 She was owned by Bergen Line from Norway during the first part of her career, and resembled a royal yacht, with her clipper bow, bow sprit, well deck and lavish accommodations for just 200 passengers. 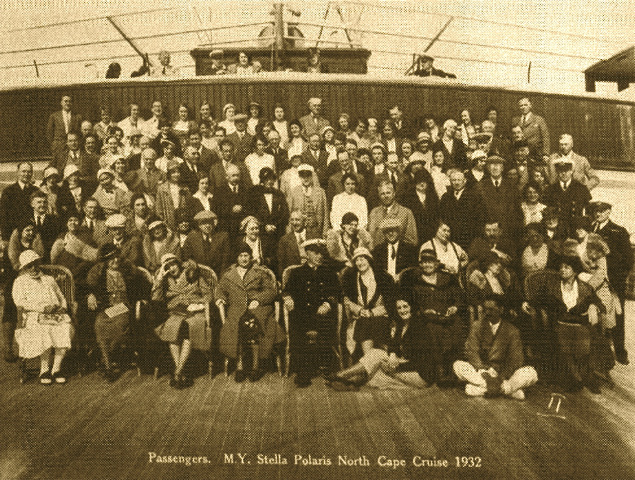 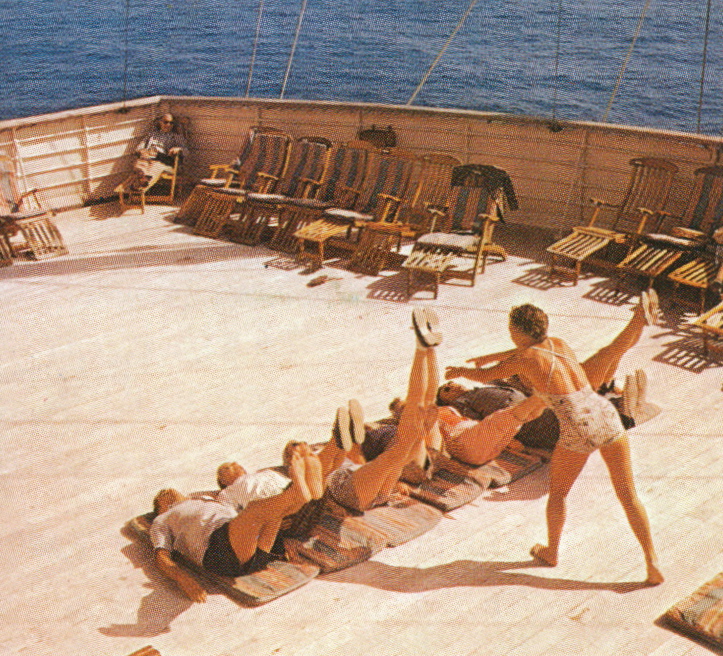 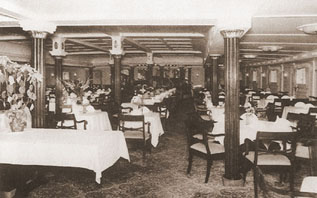 She was launched in September 1926 by Miss Lehmkuhl, the daughter of Bergen Line`s director.

Sending her on trials in February 1927 already, these were so successful that the yard had no problems at all to deliver her on schedule. 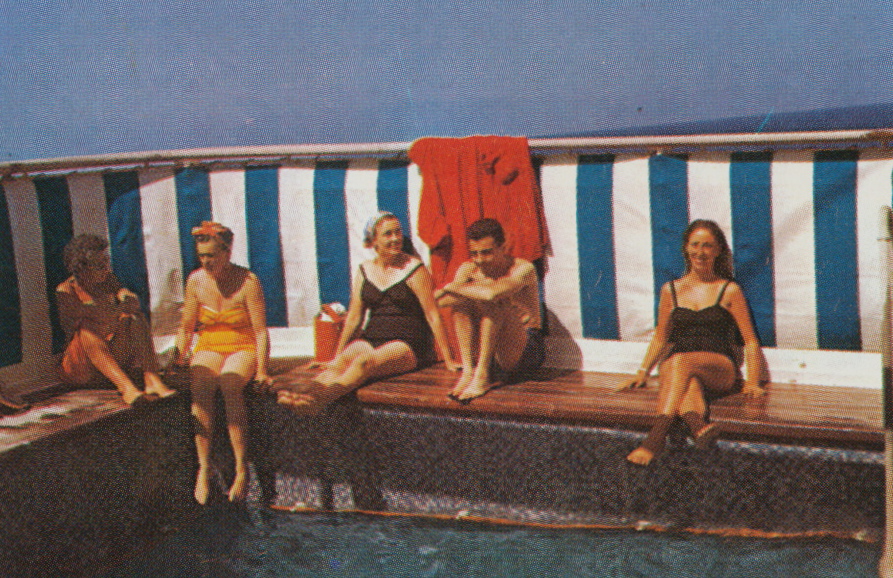 For the most part, until the 1950s passenger ships were a means of transportation, and consequently, most cruise ships were passenger liners that were sent off cruising in “weak” periods, e.g. winter on the North Atlantic when passenger numbers were low. 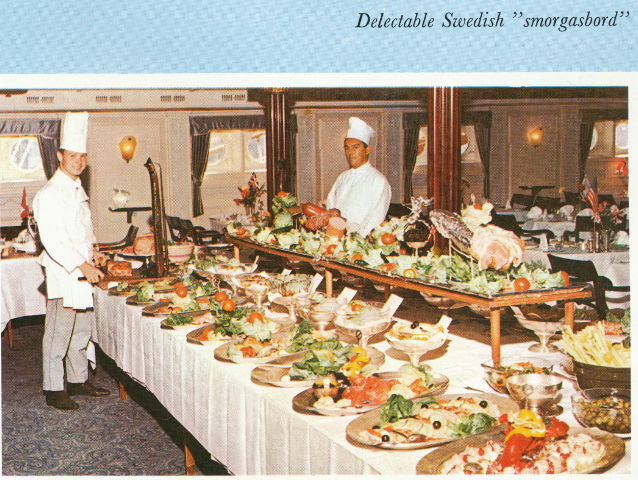 Stella Polaris’ interiors were nothing short of splendid.  There were 6 passenger decks, Bridge Deck and below Decks A to E. On A Deck, 7 life boats were placed, but she also carried two motor barges. 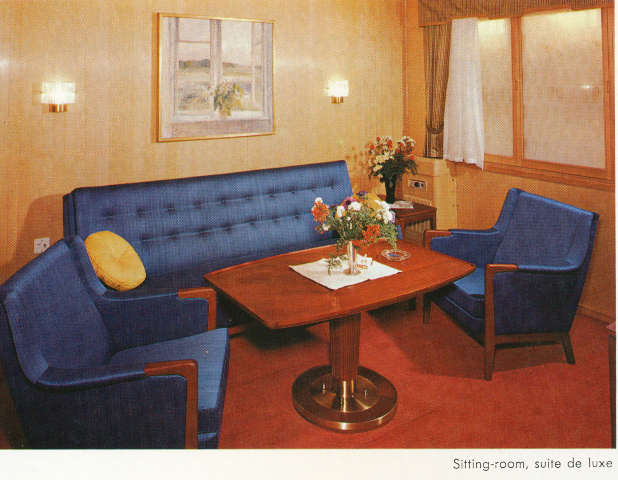 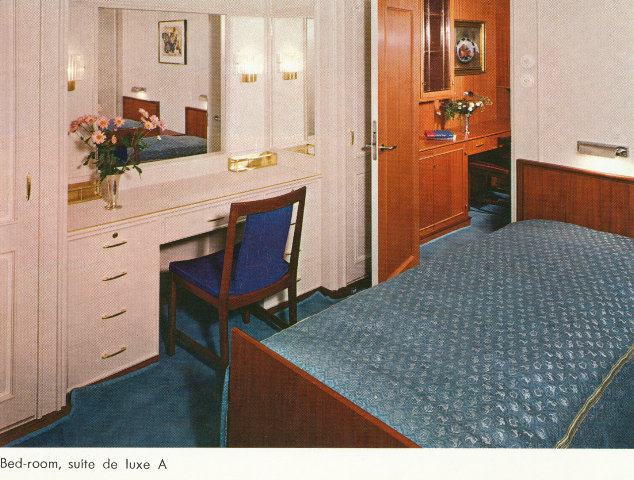 Aft on this deck nine passenger cabins were located and the gymnasium.

On B Deck: the Music Salon, Verandah Cafe, and Smoking Room were situated. 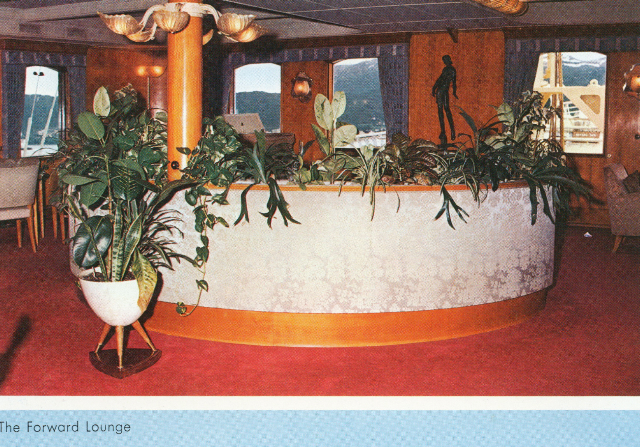 Normally, the Stella Polaris carried about 200 passengers, and only half this number on round the world cruises. With a crew numbering 130, one can imagine the impeccable service on board. When not on a world cruise, she mostly sailed in European waters. 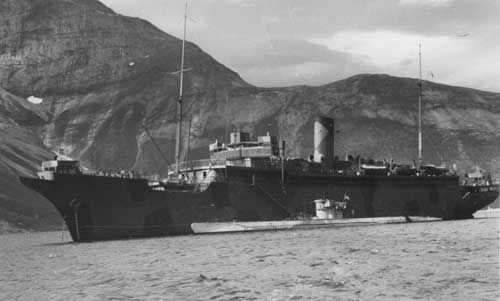 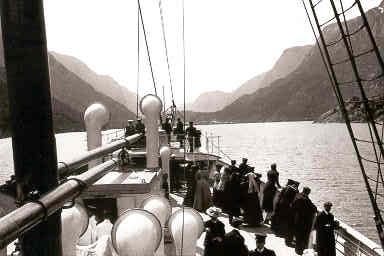 In 1952 she was sold to Swedish Clipper Line of ship owner Einar Hansen after having been on the sales list for several years.

She retained her name, but was immediately sent to Gotaverken again for a refit during which she received new carpeting and air conditioning in her public rooms. 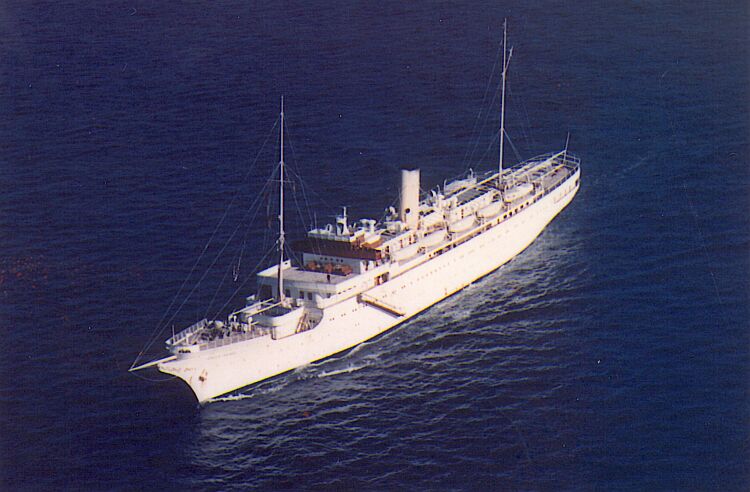 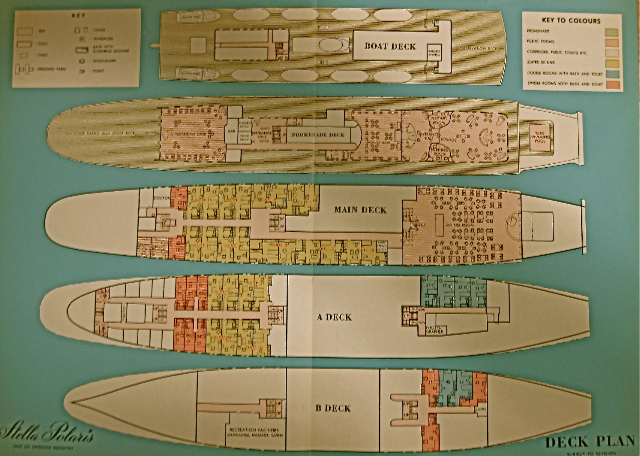 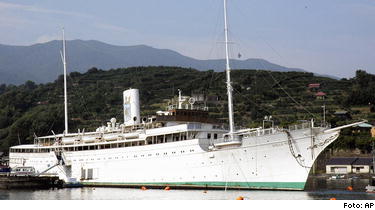 Thanks to Paul Timmerman.   Photos and illustrations Grace Collection.