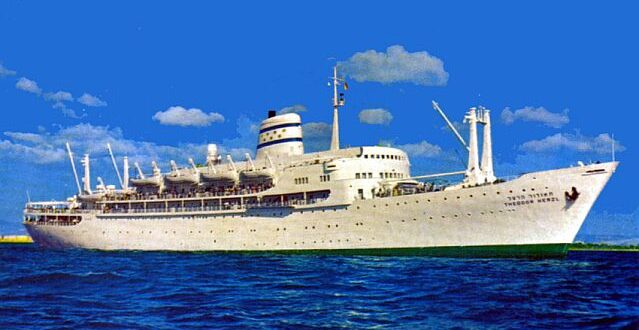 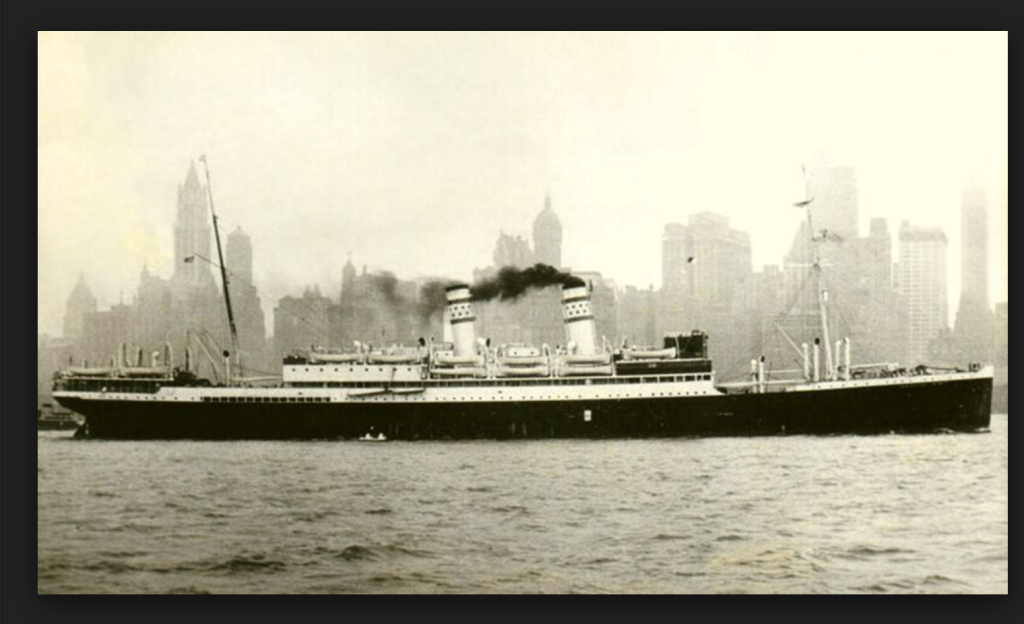 Zim Lines – S.S. Jerusalem – Leaving New York in the early 1950s for the Mediterranean and Israel.

Her itinerary:: Haifa, Limassol, Malta, Cannes, Halifax, and New York and was replaced by a new liner in 1957 also called the Jerusalem. 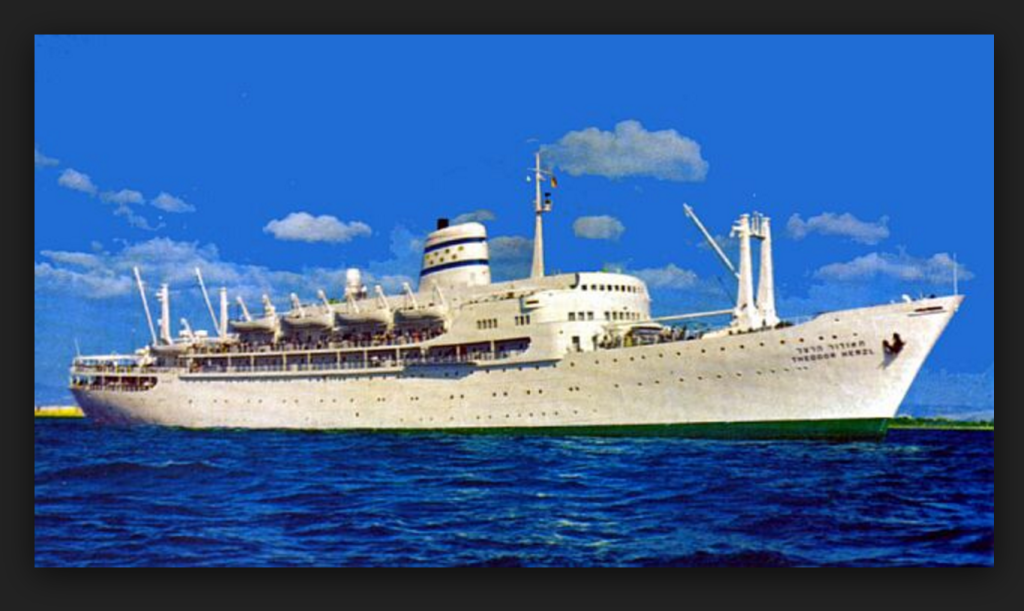 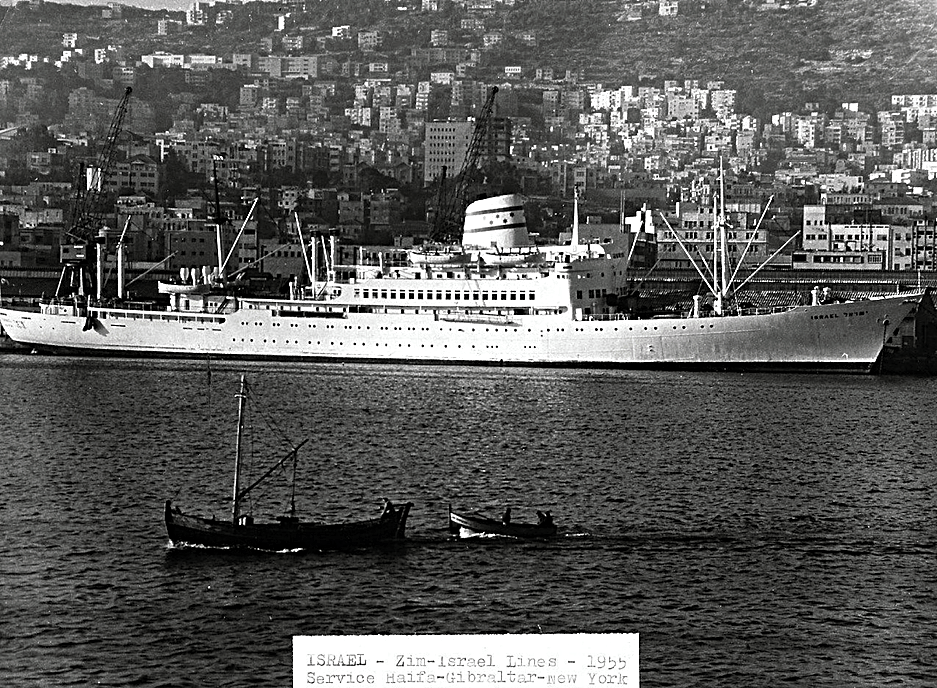 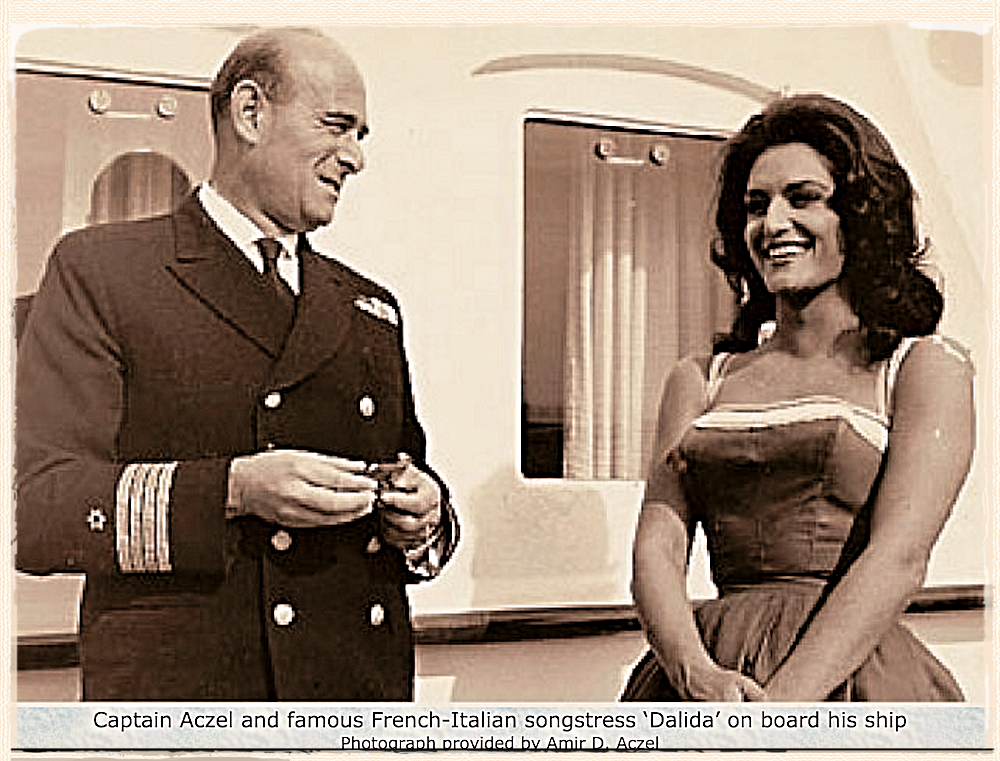 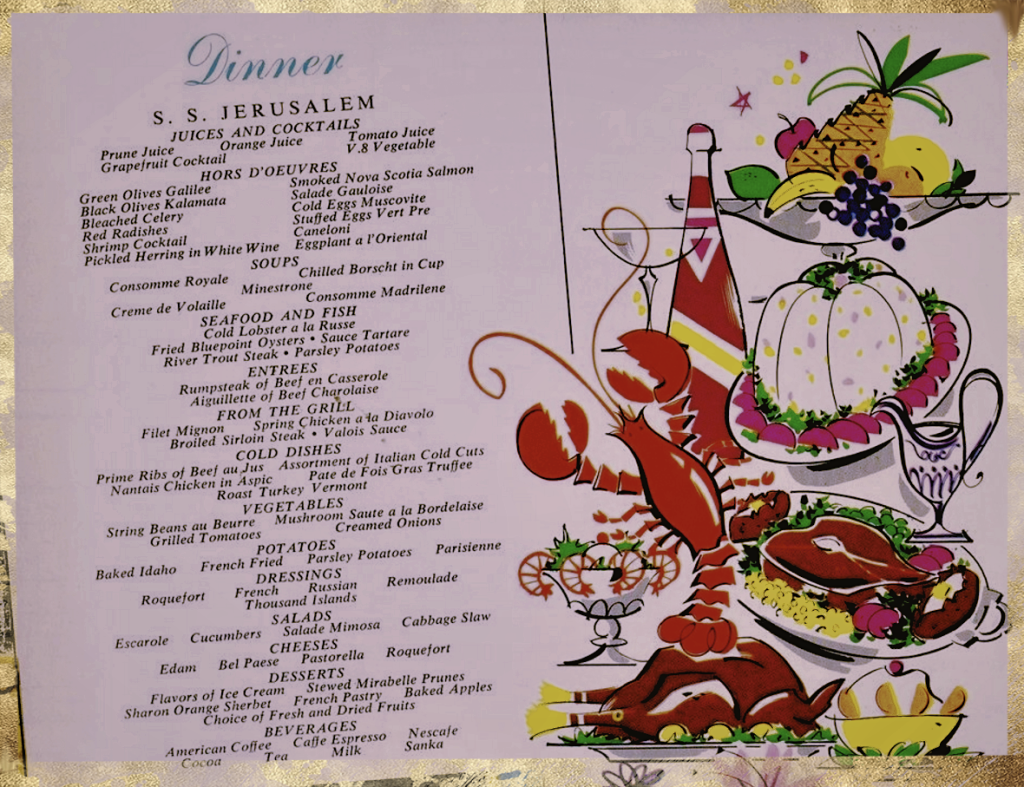 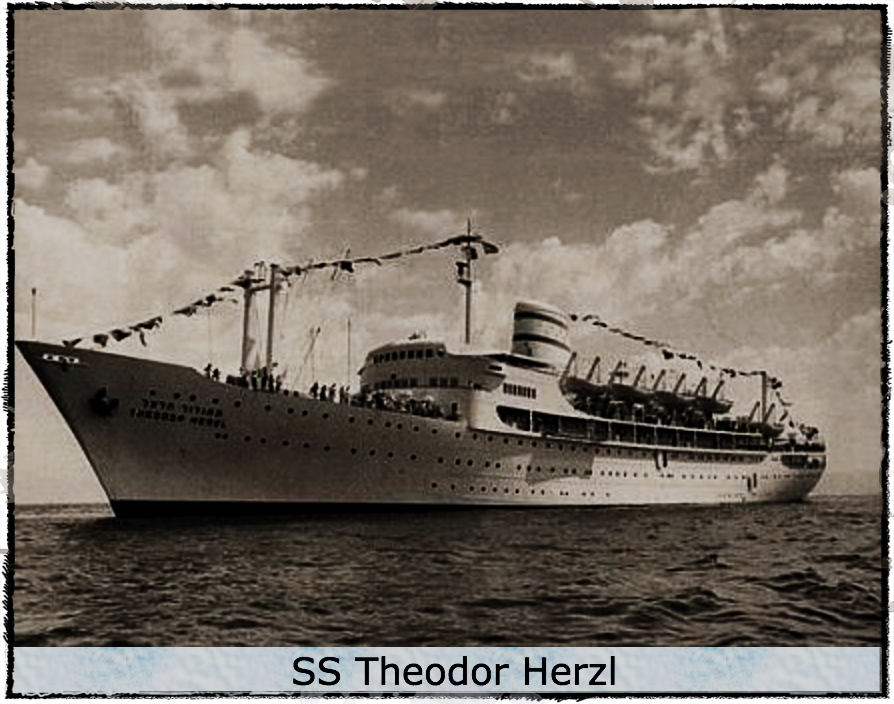 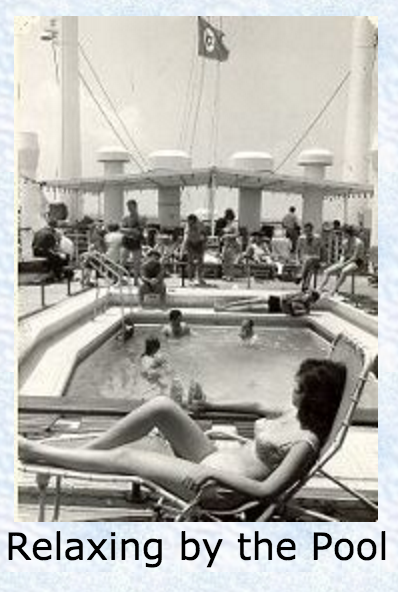 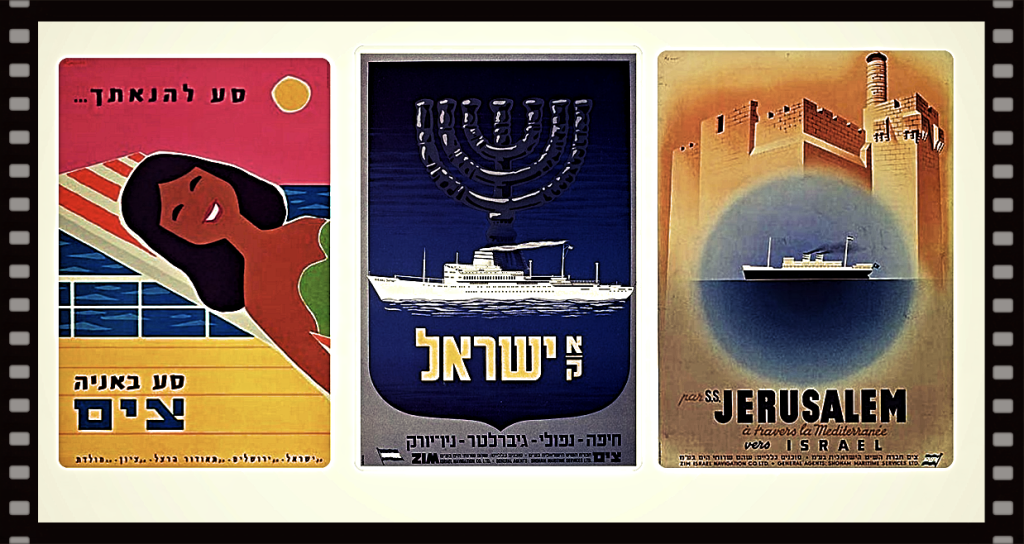 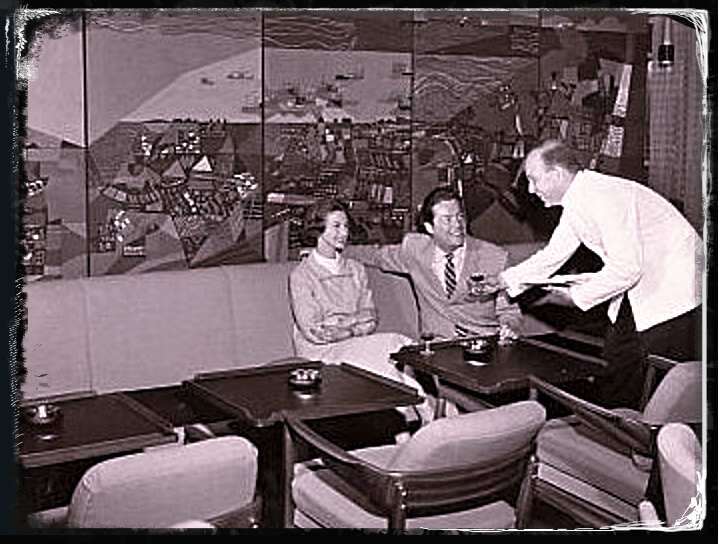 Zim continued the Mediterranean, as well as having regular routes to the United States. Some of its ships cruised to the Caribbean during the winter.

1964 saw the completion of the passenger ship SS SHALOM built by Chantiers de l’Atlantique shipyard in St. Nazaire. She was Isreal’s flagship operating from New York to Haifa with year ’round trans-Atlantic service along with cruising during the winter. There were accommodations for 1,012 (148 first-class, 864 tourist class) passengers. 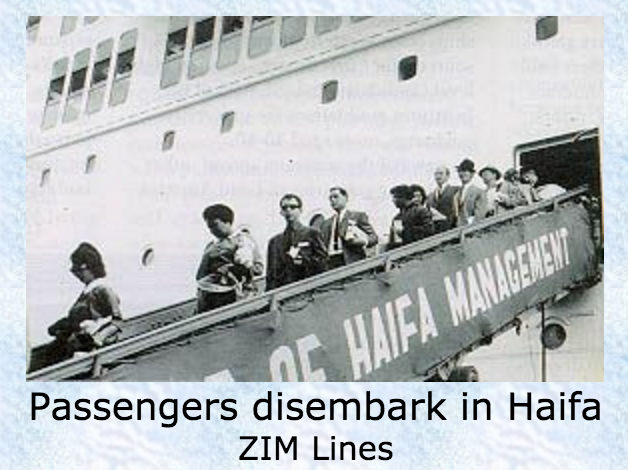 She received a royal welcome in New York and was an immediate success, but that didn’t last. Her arrival as a passenger liner was ten years too late, and like dozens of other ships, from the United States to the Queen Mary the jet had changed people’s travel tasted. Getting there was no longer half the fun because they wanted to do it in hours not days. Sadly, she was sold in 1967 after only three years of service. 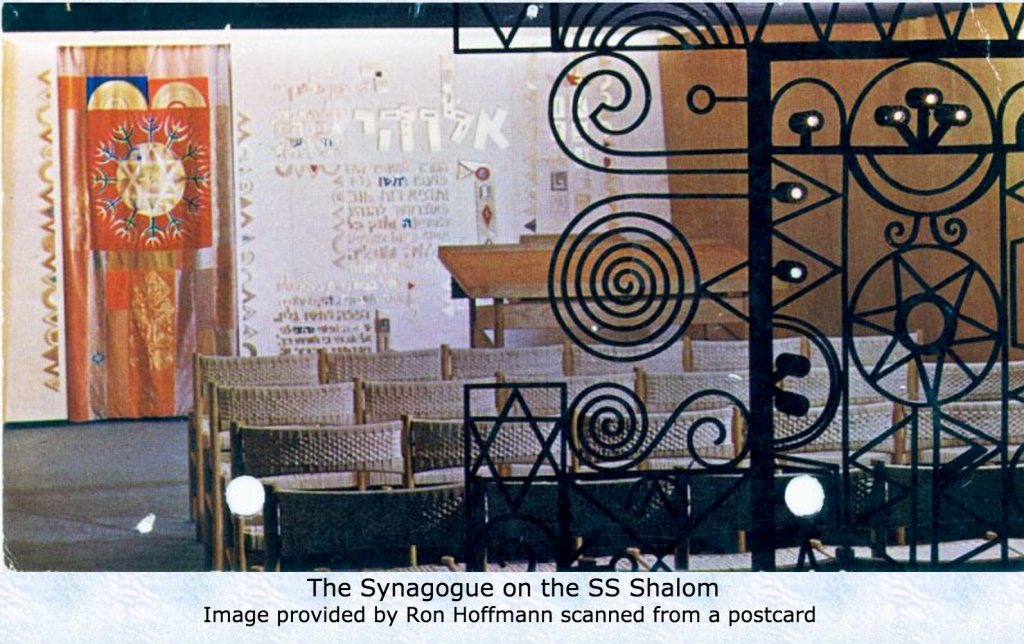 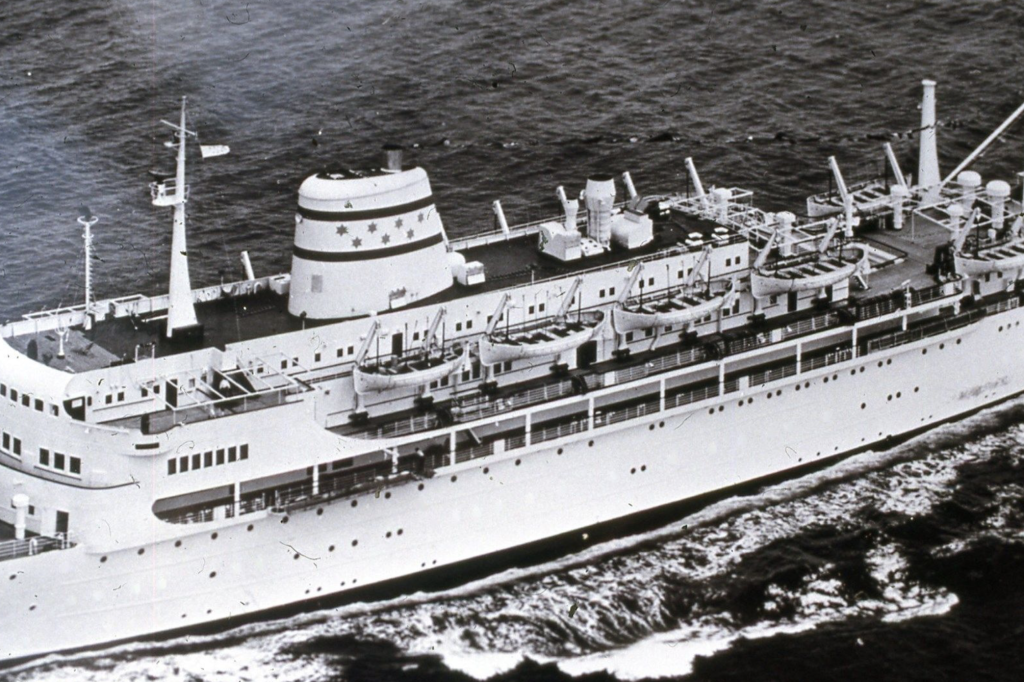 Our thanks to ss Maritime for the images. 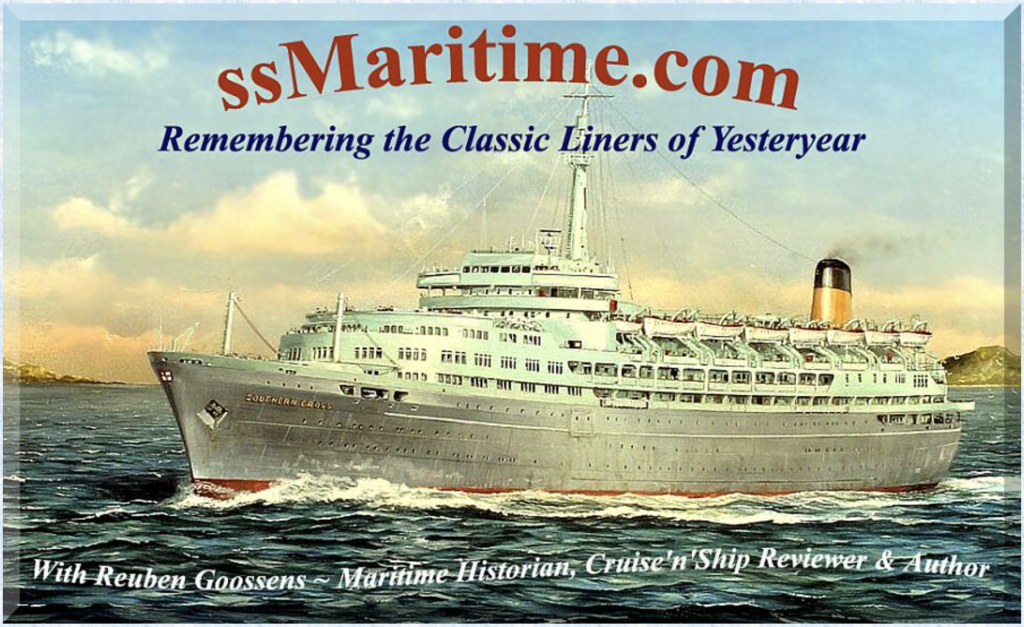 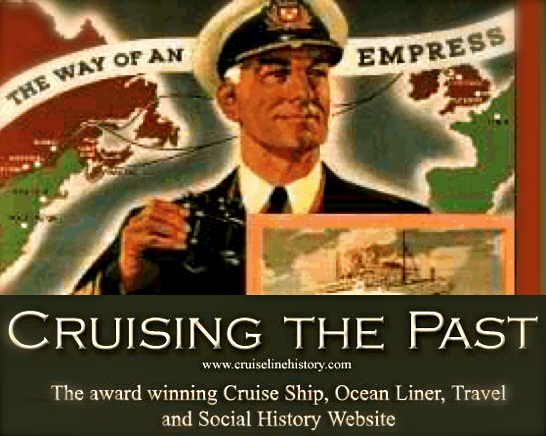