LATEST
Home > ALL POSTS > When CAVIAR was KING on First Class ocean liners and cruise ships. 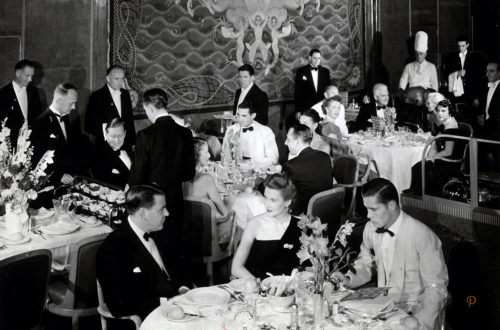 For first-class passengers aboard ocean liners and cruises, from the 1930s into the 1960s, the menu choices were staggering. 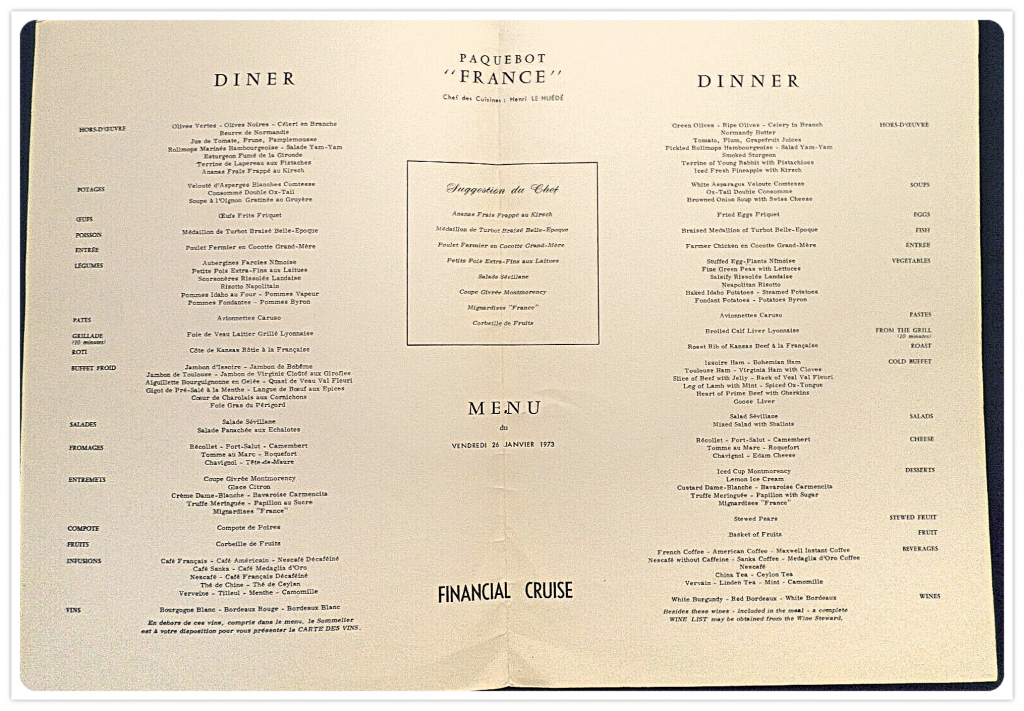 It is difficult to see how you could not gain 20 to 30 pounds when looking at a 1935 first-class dinner menu from the Normandie that offered three kinds of consommé, six types of ham, and five choices of ice cream. 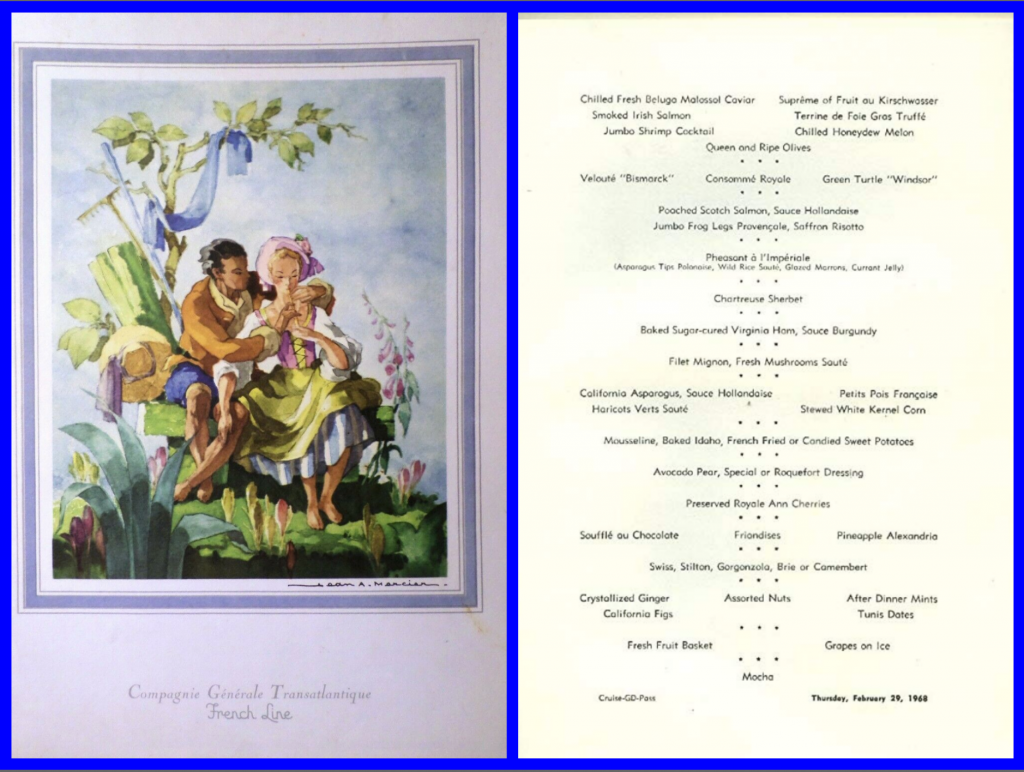 Today’s cruise ships offer a largess that may go even further, with 24-hour buffets. But before the jet age, when people used ships to get from Point A to Point B (the traversed route being the “line” in ocean liner) rather than just lazily cruising about, dining was a more genteel and orchestrated event, with assigned seating and waiters recruited from Europe’s finest hotels. This was true on cruises into the 1960s on the liners during the winter season when they sailed on cruises with First Class passengers only. 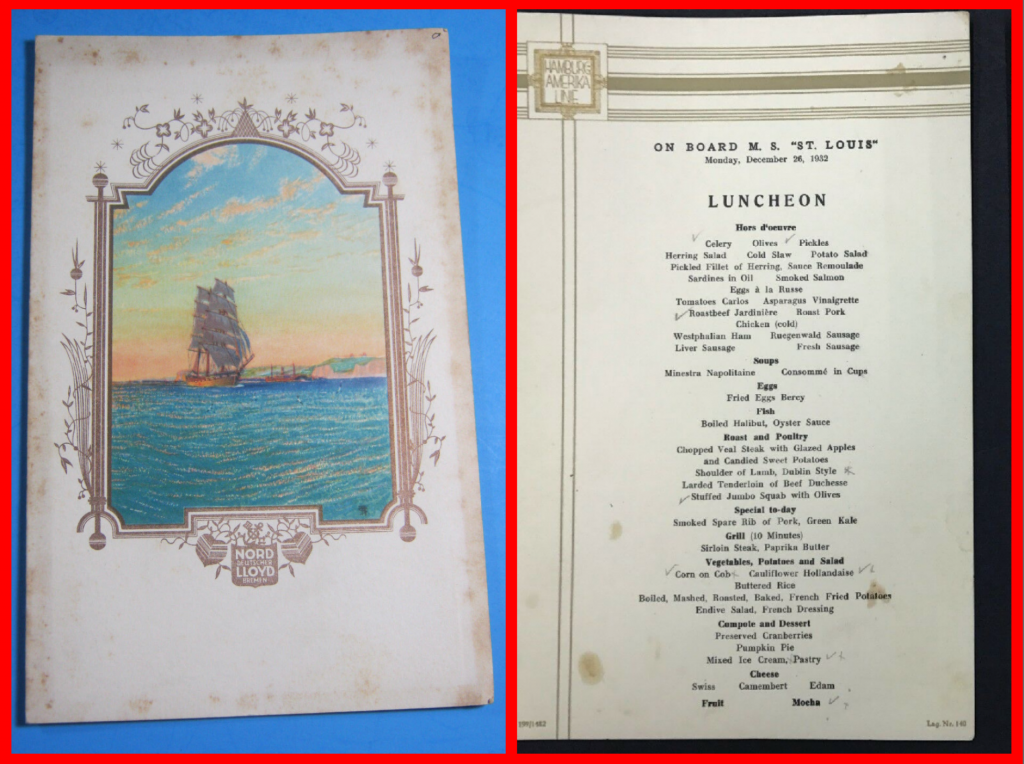 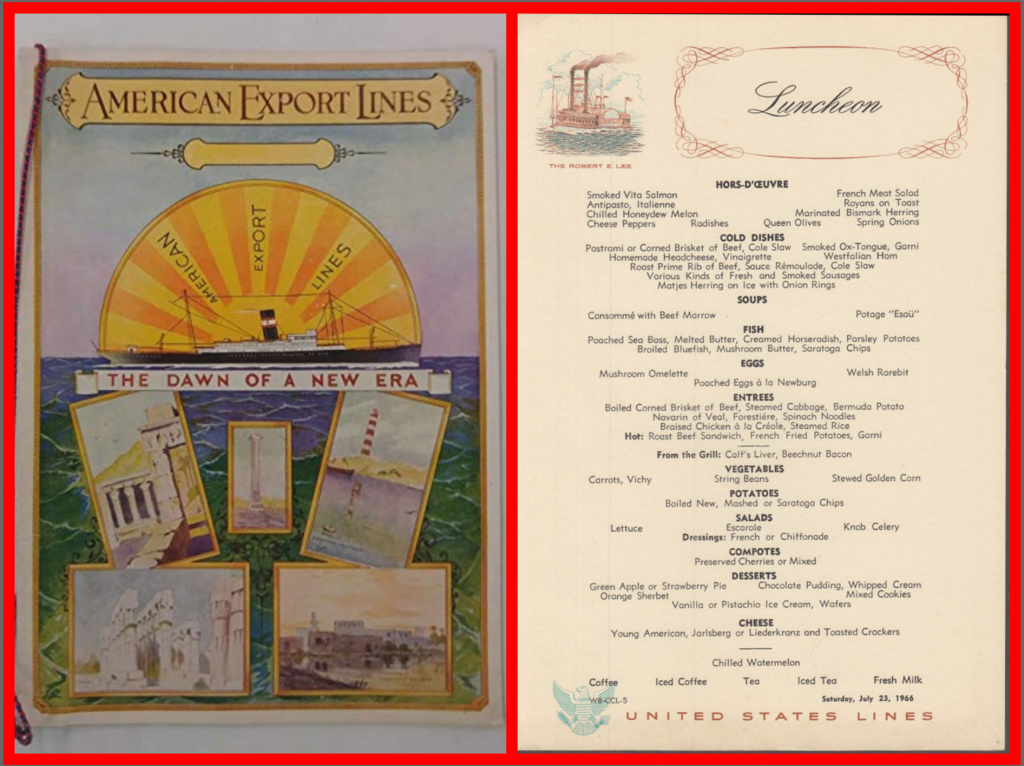 Before the 1970s, passengers dressed formally except for sailing nights and nights before arrival. Tables were assigned, and diners ate with the same group for the entire voyage. Friendships were forged, and passengers often had dining companions autograph their menus at the voyage’s farewell dinner. 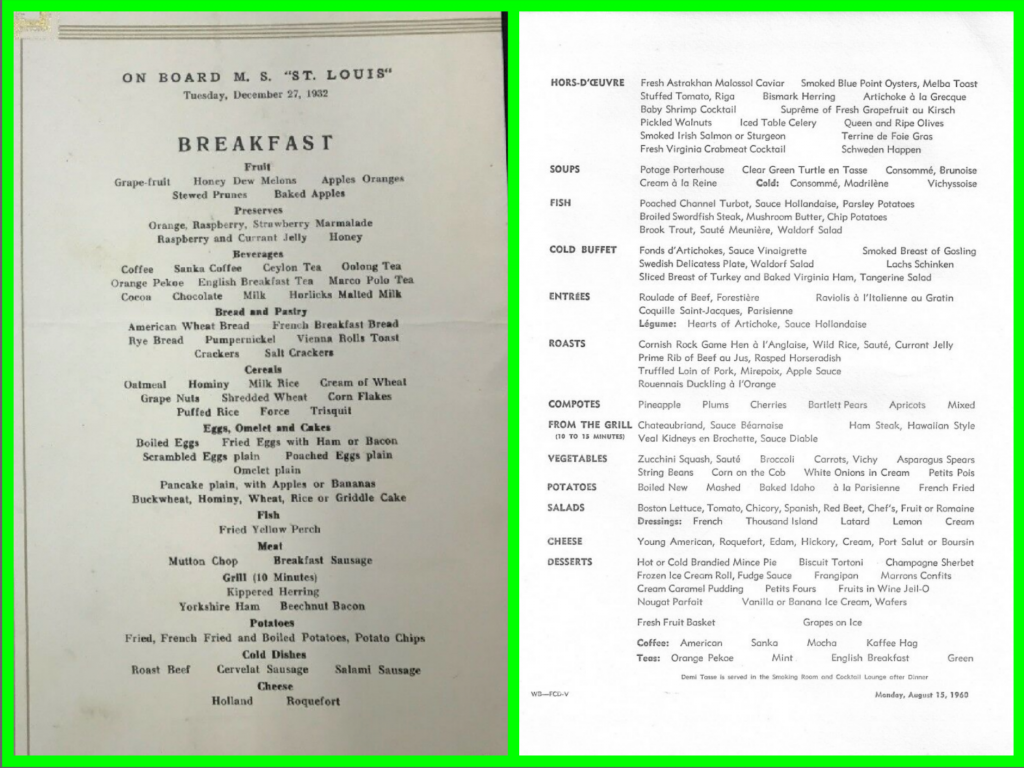 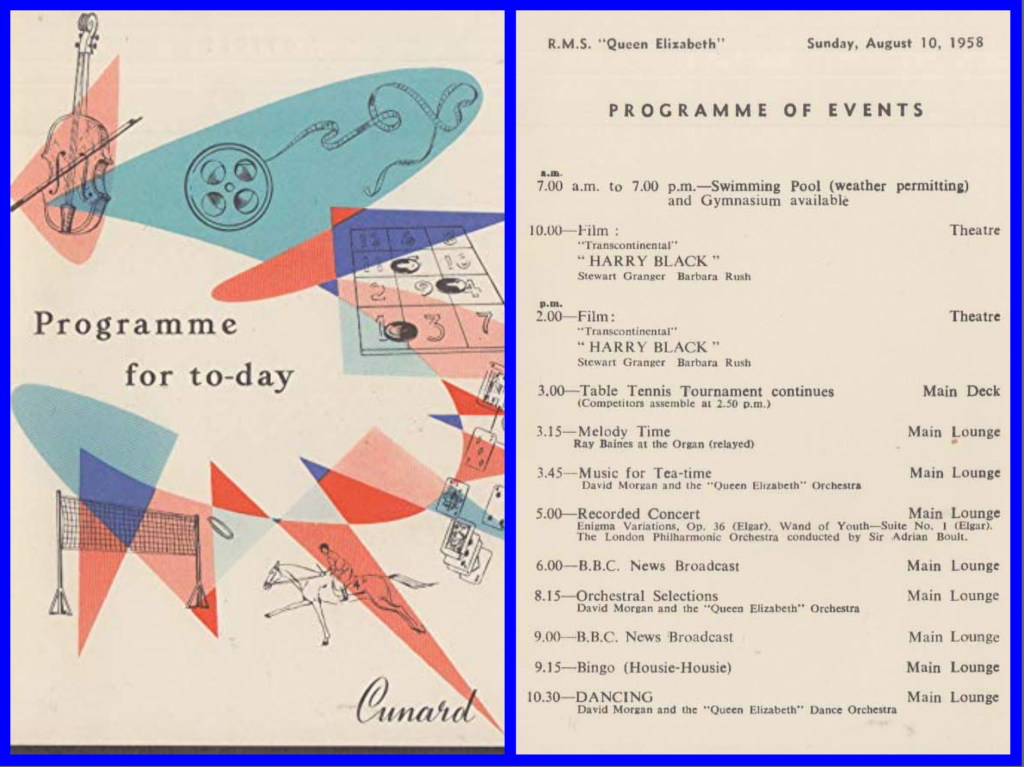 On the Normandie, which sailed from 1935 to 1942, the likes of Ernest Hemingway and Marlene Dietrich might be seen descending the curved staircase into the dining room, which was longer than a football field, with a 25-foot-high gilded ceiling and walls made of sculptured glass. Think of the party scene in “The Great Gatsby,” only afloat.

“Every night was like a special show,” said Sirio Maccioni, who used what he learned as a waiter on the Home Lines in the 1950s to conceive his New York restaurant Le Cirque. “Everything — the food, the service — was absolute luxury.”

The glamour of this bygone era is evident in the artwork on the menus in the Cruising The Past collection. Shipping lines often commissioned artists to create original menu covers for every meal served on the voyage. The covers were lithographed onshore, while the chef’s daily selections were printed on presses aboard ship.

The covers include exquisite pen-and-ink depictions of European castles, dreamy watercolors of Asian landscapes and vibrant oil paintings of aquatic life. One Rousseau-inspired menu cover created by the American painter Eugene Savage for the S.S. Lurline in the 1950s has been reproduced as a mural in the trendy Tropicale restaurant in Palm Springs, Calif.

In the last few years, cruise lines have seemed intent on elevating the dining experience. Celebrity chefs like Jacques Pépin, Nobuyuki Matsuhisa and Marco Pierre White have consulted with Oceania, Crystal, and P&O Cruises, respectively, to create restaurants aboard ships. Guided by Mr. Maccioni, the Holland America Line until recently offered passengers “A Night at Le Cirque,” in a sort of pop-up site with the same menu, décor, and orange plates that the restaurant is known for.