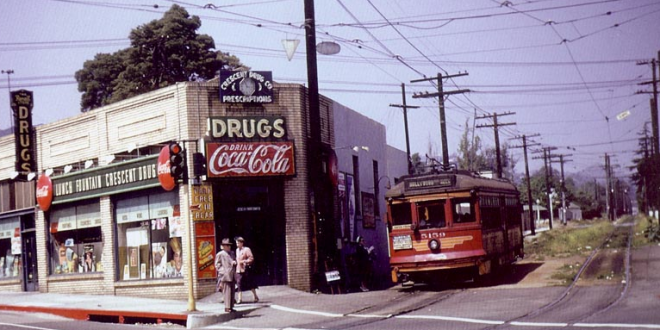 Big Red Car at the corner of Fairfax and Santa Monica Blvd. 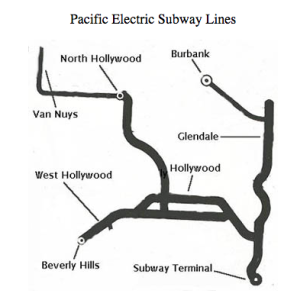 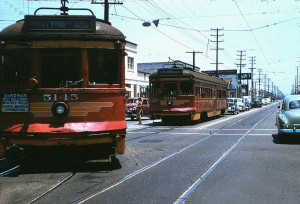 In the 1950s you could travel from downtown Los Angeles to Beverly Hills via Hollywood and West Hollywood.  Let’s take a trip on the Beverly Hills car. 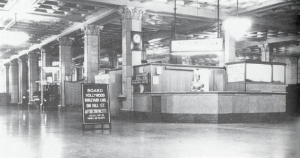 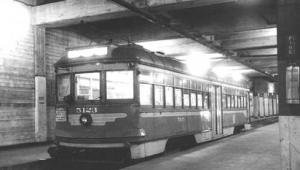 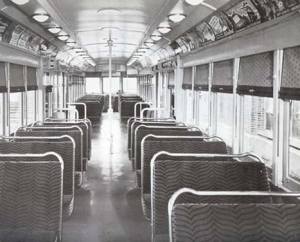 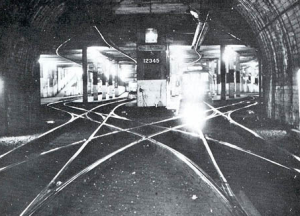 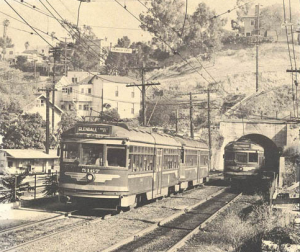 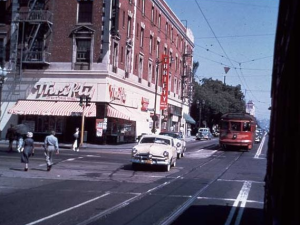 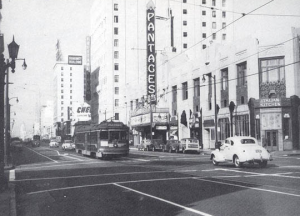 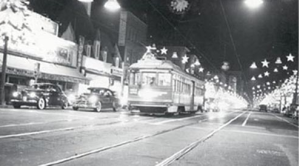 So how did the City of Angels end up with the most pitiful transit system of any major U.S. city? 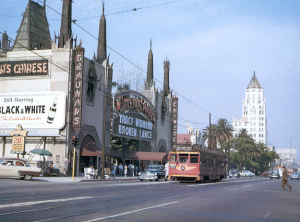 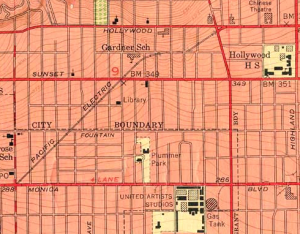 Map of right-of-way between Hollywood Blvd & La Brea and Santa Monica Blvd & Fairfax.  Many of the areas used for streetcar tracks can still be seen. 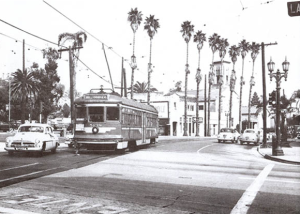 At La Brea (and Hollywood Blvd) the tracks curve diagonally to the left onto the private right of way, paralleling an alley called Marshfield Way. As a result, it became easier to get around by driving. 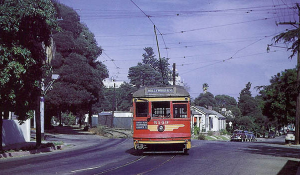 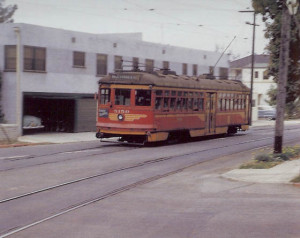 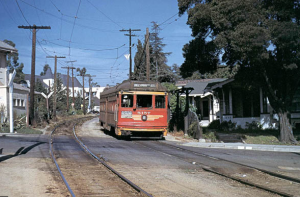 At Martel and Hawthorn, the tracks diverge in a southwest-ward direction, entering a private right of way that runs diagonally to the street grid to Santa Monica Boulevard and Fairfax Ave. In the above photo (by Ray Ballash) … an inbound car has just crossed Vista St. (with Hawthorn Avenue in the distance) on the private right of way. 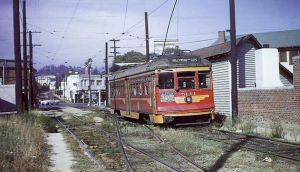 An inbound train is approaching the grade crossing at Sunset Boulevard and Gardner Street. Even today the PE right of way is quite visible at this intersection. About half the Hollywood Boulevard streetcar service turned back using the crossover in the foreground. 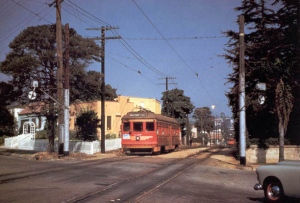 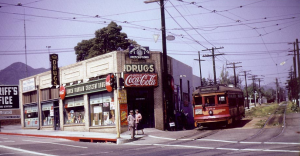 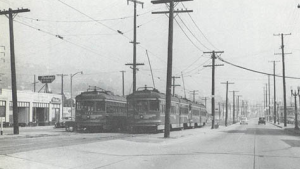 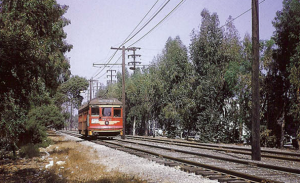 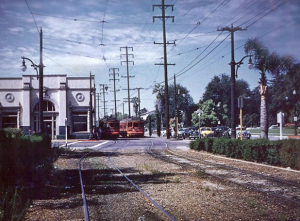