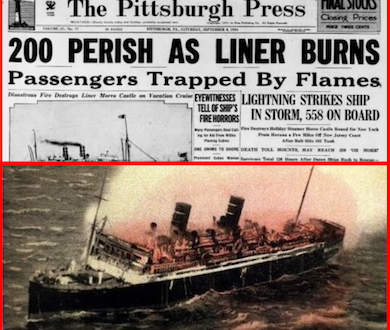 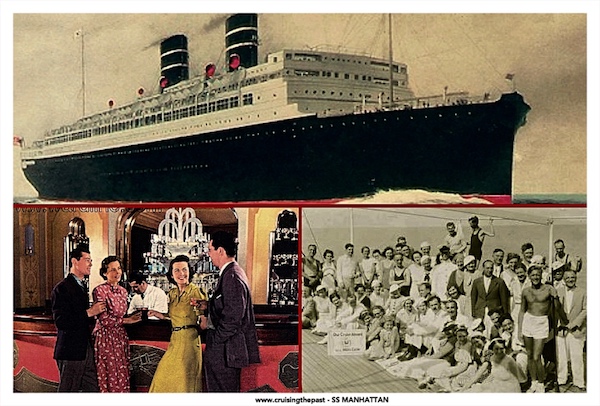 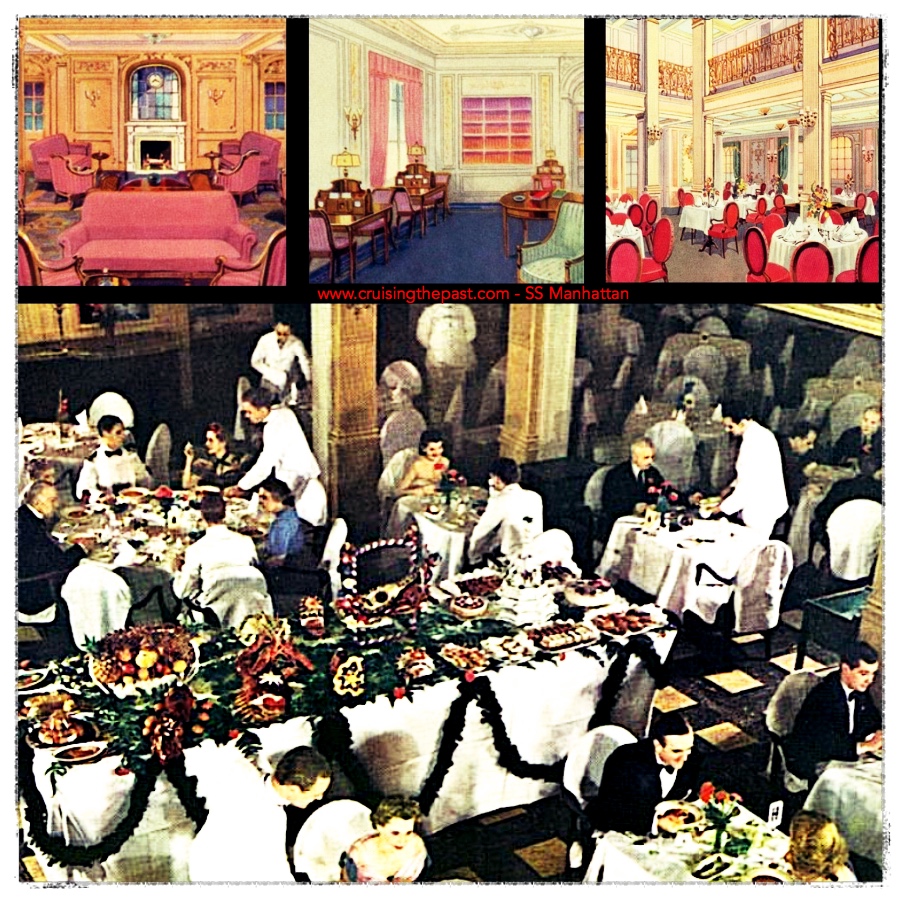 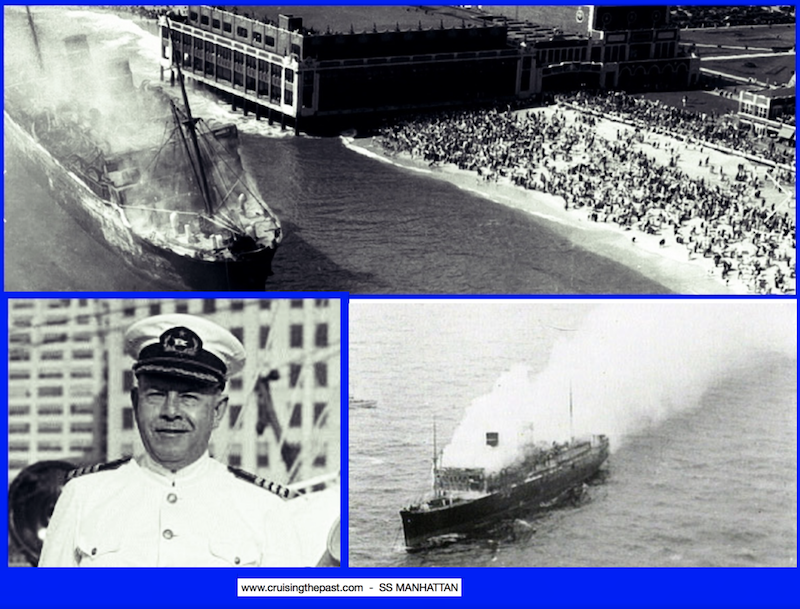 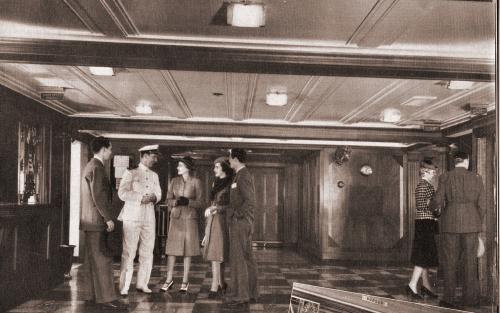 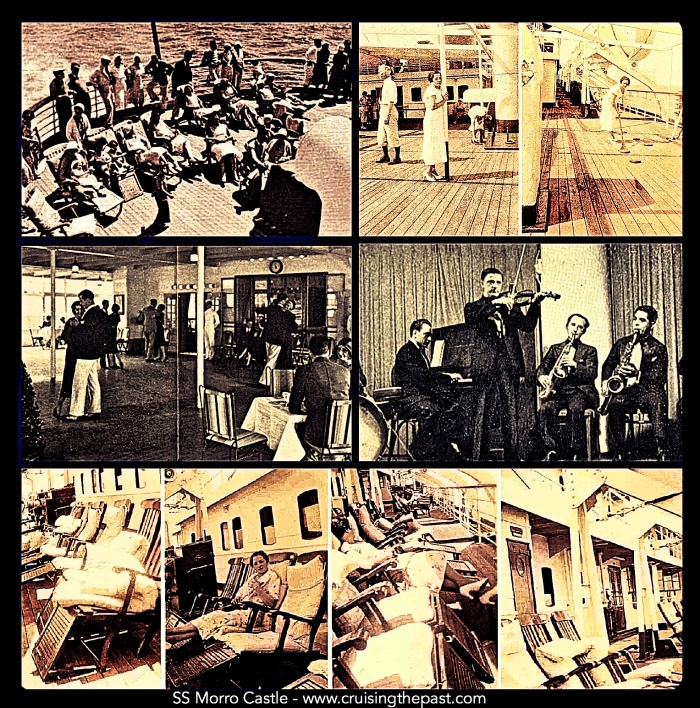 Various scenes on board the SS Manhattan. Passengers enjoying deck sports, the sun, swimming and dancing to the ship’s orchestra in the ballroom. 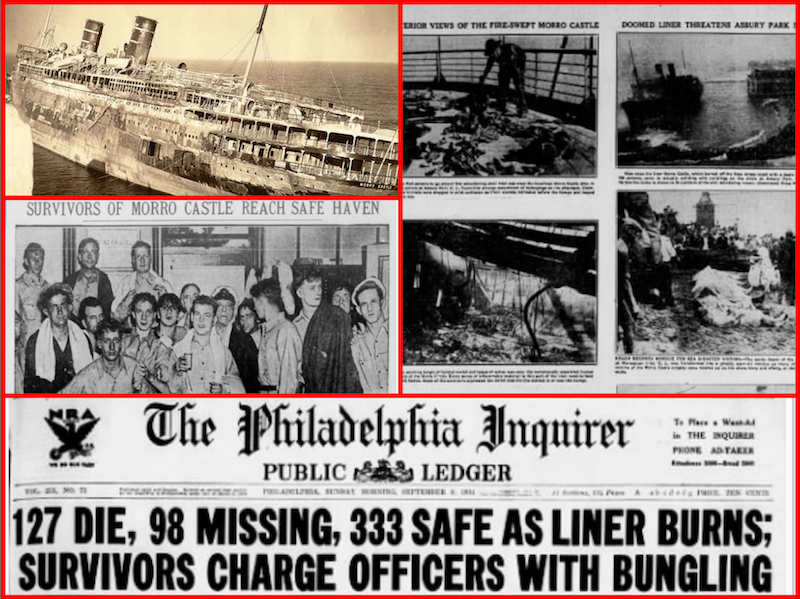 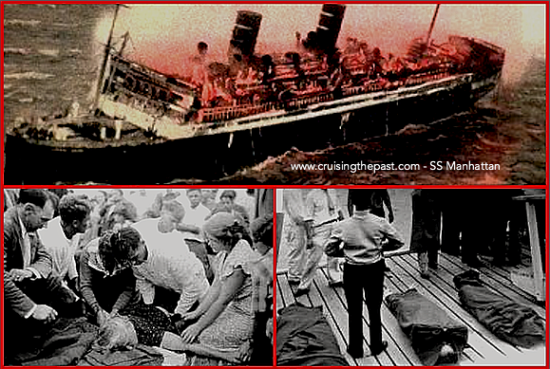 According to Hicks’s book, Torresson “had indefatigable energy … For most of his life, he kept alive the notion of a grand cruise ship in its final glory days.” “It’s all baloney,” Hicks quotes Torresson as saying after finding out the rumor for the high death toll was primarily due to the crew. Tom Torresson died in 2005 at the age of eighty-nine, close to the seventy-first anniversary of the disaster. 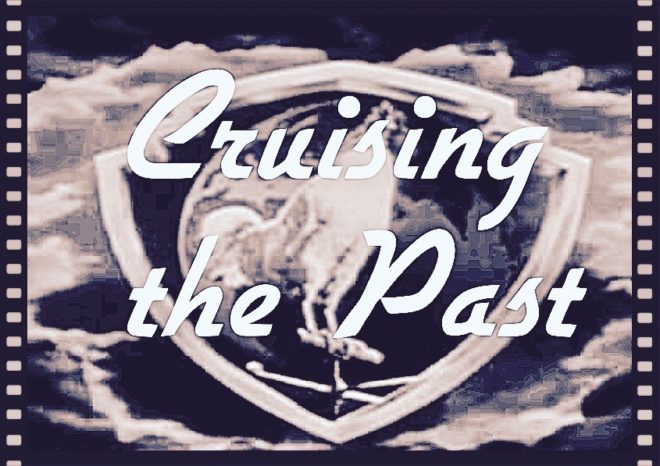