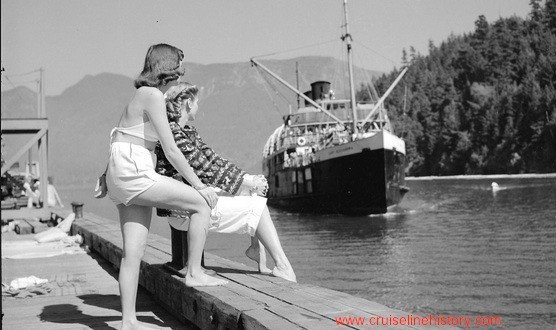 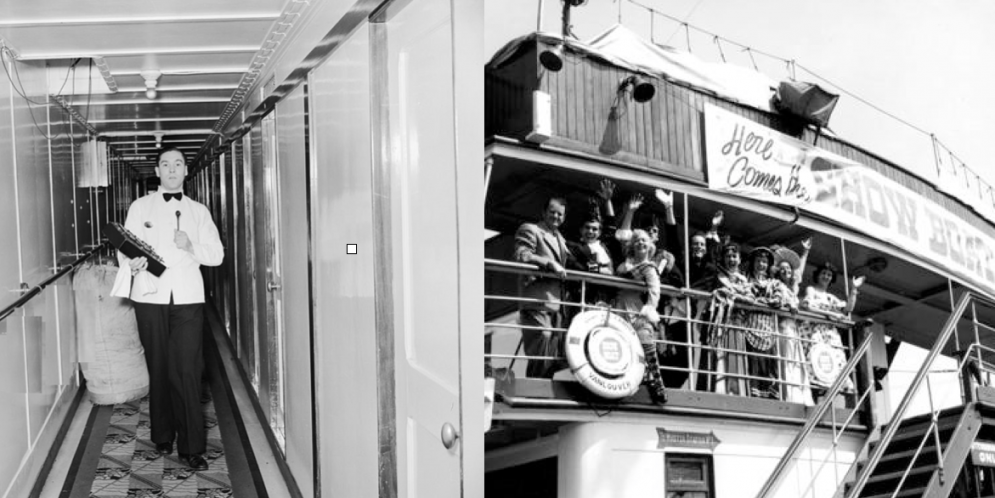 The Union fleet became synonymous with pioneers and loggers, and for 70 years, ships sporting the company’s black and red funnels plied the coast, servicing logging camps, canneries, mines, and coastal communities. The Union Steamship Company was the first line to use Vancouver as a homeport. Comox, Capilano, and Coquitlam were a trio of early Union steamships assembled and launched in Vancouver. Most of the Union fleet that was used for servicing logging camps and pioneer settlements were small, rough steamships. The wooden-hulled Cassiar was probably the most famous, if only because loggers were allowed to wear caulk boots on board, or even to bed. It was also equipped with an onboard bar and jail. 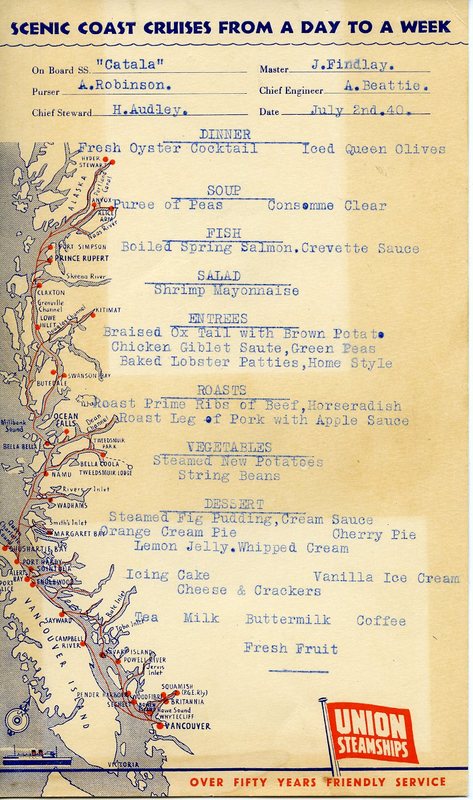 The flagship of the Union’s day or overnight excursion fleet was Lady Alexandra, built-in 1923-24. During the depressed 1930s, the ship provided an exotic, if brief, getaway for hundreds of Vancouverites who could afford the $1 round-trip fare to Bowen Island. It boasted a promenade deck that ran three-quarters of its 225 ft (69 m) length and an excellently equipped restaurant. Maintaining order on a ship carrying up to 2,000 partying passengers often proved challenging—crew members had to lug drunks off the ship, stacking them like cordwood onto freight dollies. In 1937 alone, Lady Alexandra carried 171,000 passengers.

After WWII, many former warships were again purchased by steamship lines and converted to passenger liners. One such example is the former Royal Canadian Navy corvette that the Union Steamship Company turned into the steamer Chilcotin. Alas, the company’s haste in the uneconomical conversion of war surplus vessels, along with management failure to secure greater tonnage prior to the war, encouraged its decline. In the end, the remaining active Union fleet was sold to Northland Navigation Company.