LATEST
Home > ALL POSTS > Travel the Past: PRR’s Pittsburgher overnight All Pullman Streamliner between New York and Pittsburg 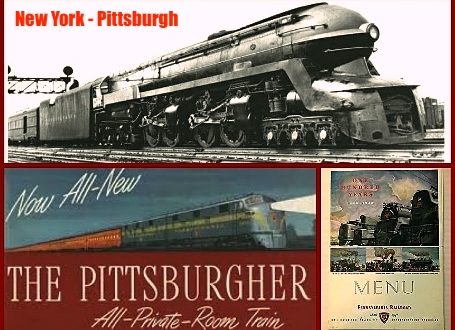 Travel the Past: PRR’s Pittsburgher overnight All Pullman Streamliner between New York and Pittsburg

The Pittsburgher was a premiere passenger train operated between New York City and Pittsburgh, Pennsylvania over the Pennsylvania Railroad’s Main Line. 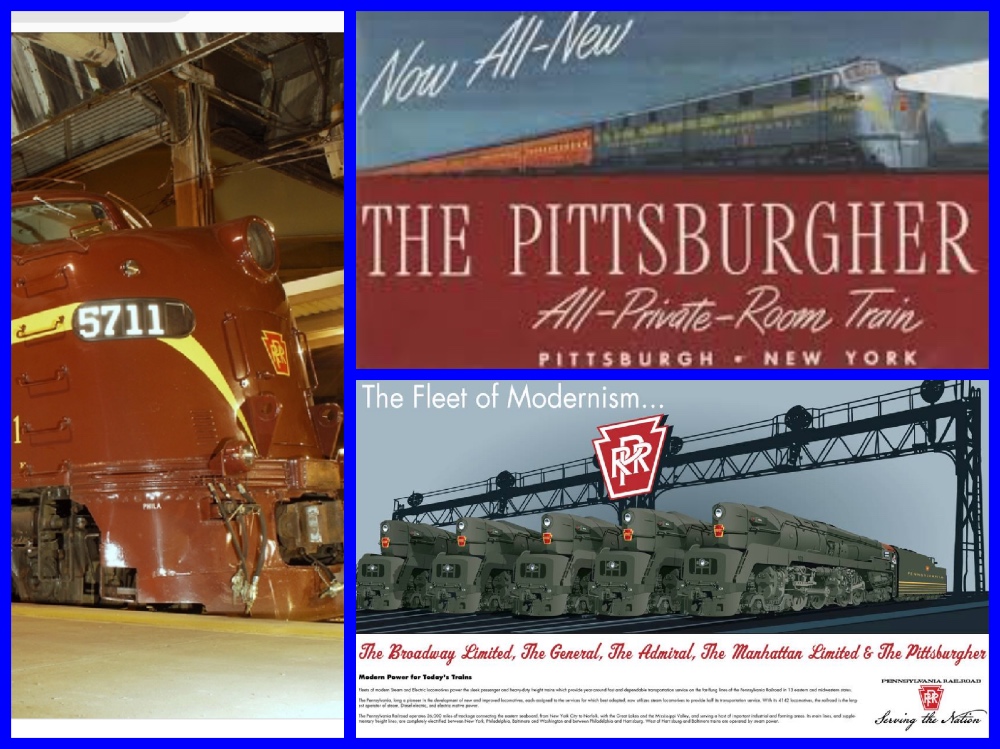 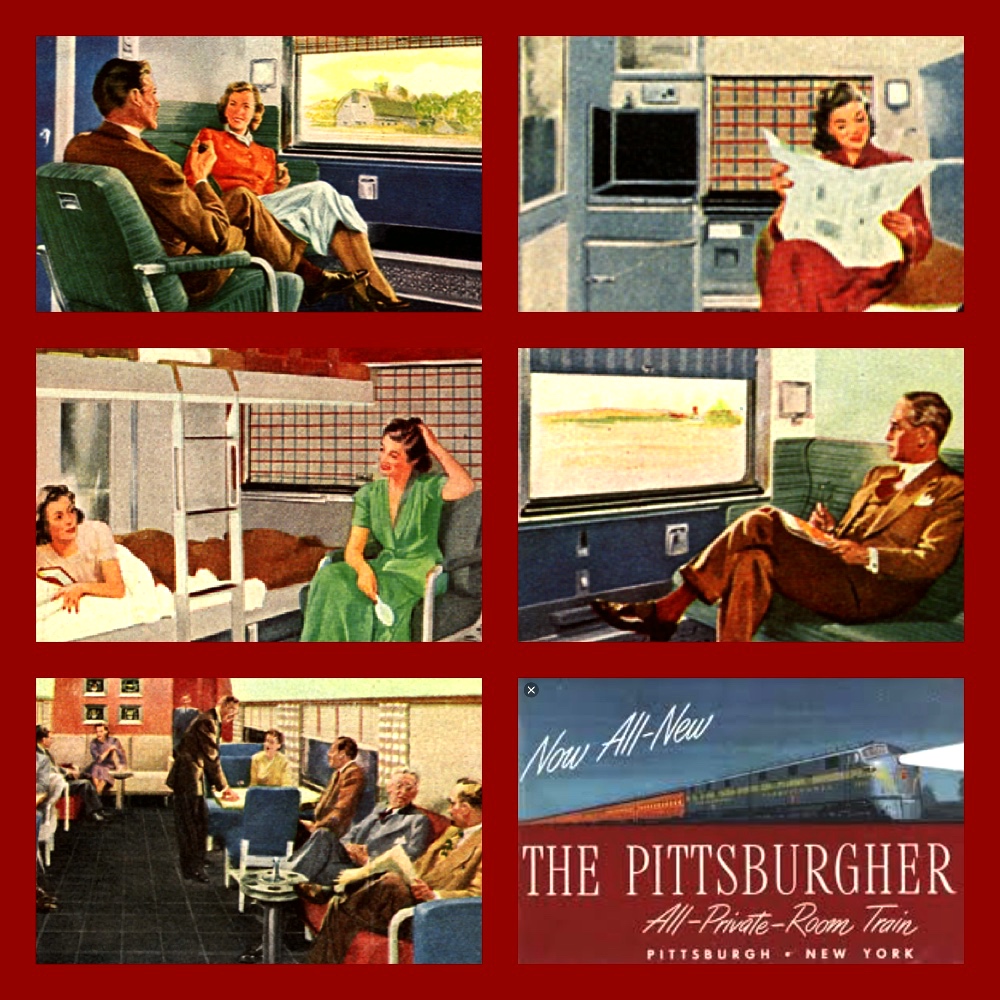 All room Pullman sleeping car accommodations on The Streamlined Pittsburgher.

Unlike many other Pennsy trains, patronage remained strong through the declining postwar years. 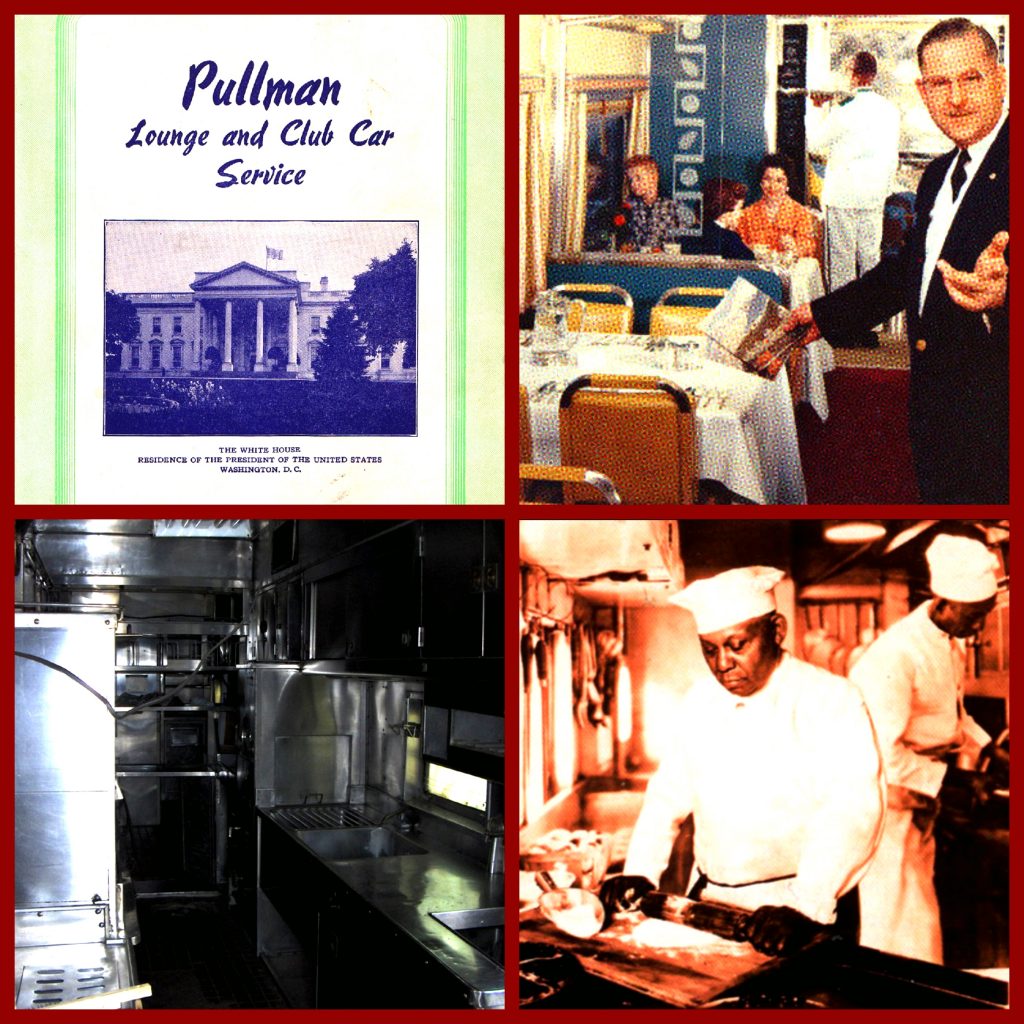 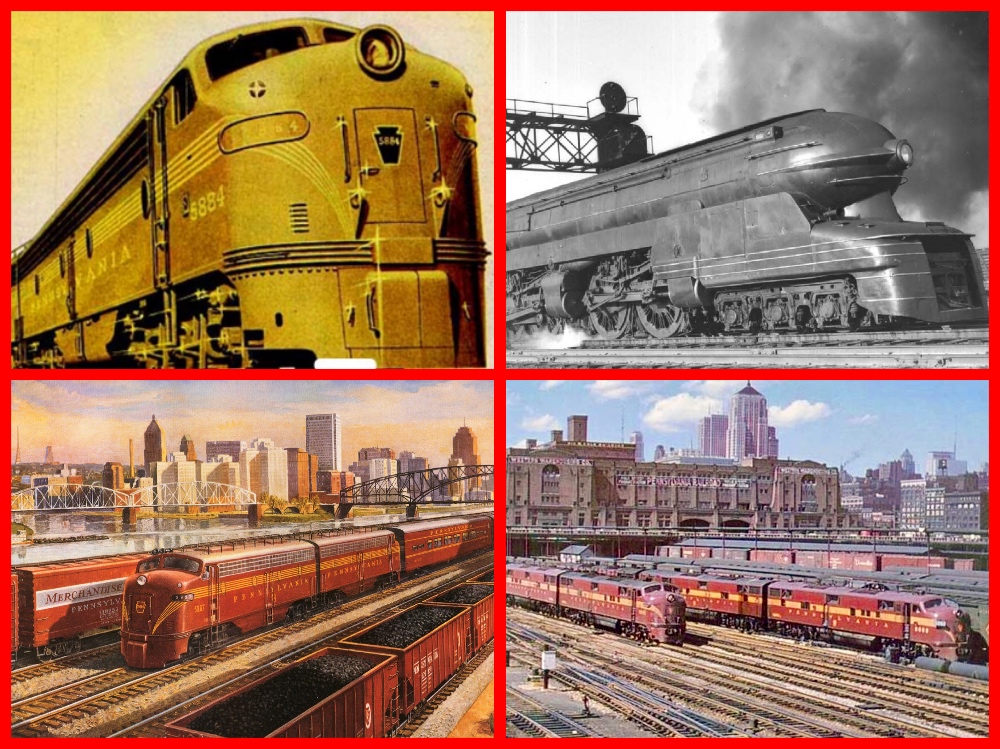 The Pittsburgher, for apparent reasons, ran a breakneck schedule as business travelers expected to arrive in their respective city by breakfast the following day for morning meetings.

In both directions the Pittsburgher departed late at night between 11 PM and Midnight, offering limited stops along the way and reaching its destination in about nine hours on the 440-mile corridor. 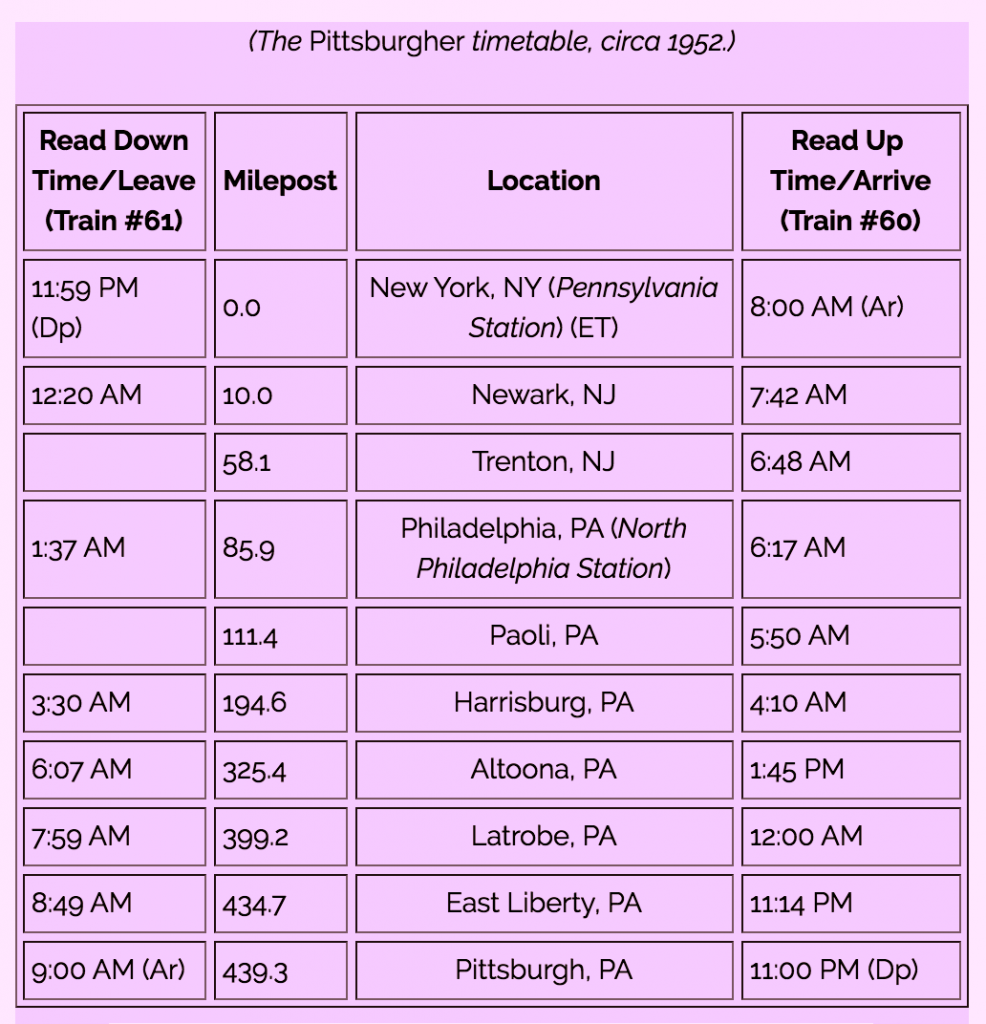 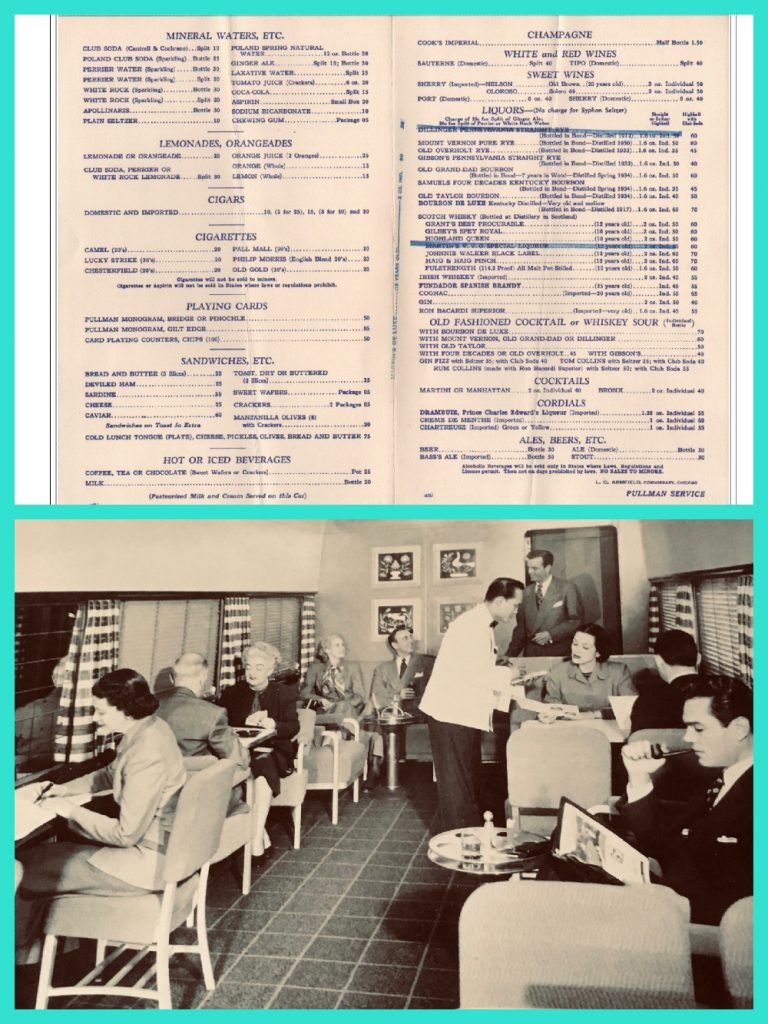 Into the 1950s, the Pittsburger continued to sell out regularly, averaging nearly 150 first-class Pullman passengers every trip. 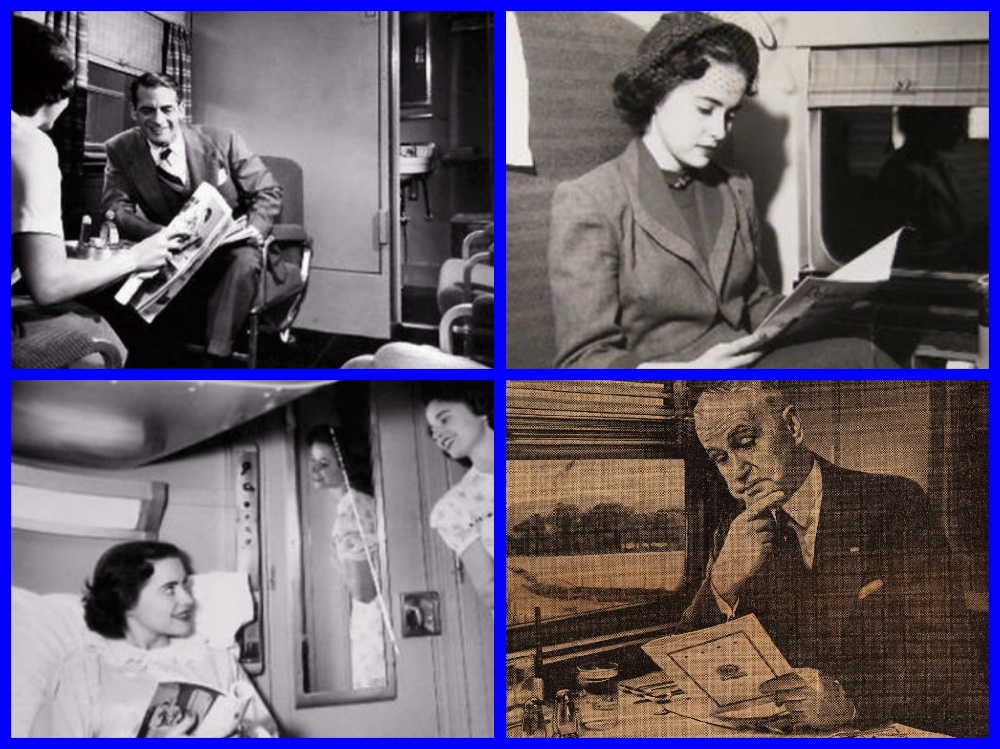 Passengers in private compartments and Businessman looking at the menu.

Throughout the years the Pittsburgher never lost its elite, “All Pullman” status even as patronage began to fall away in the late 1950s and early 1960s. 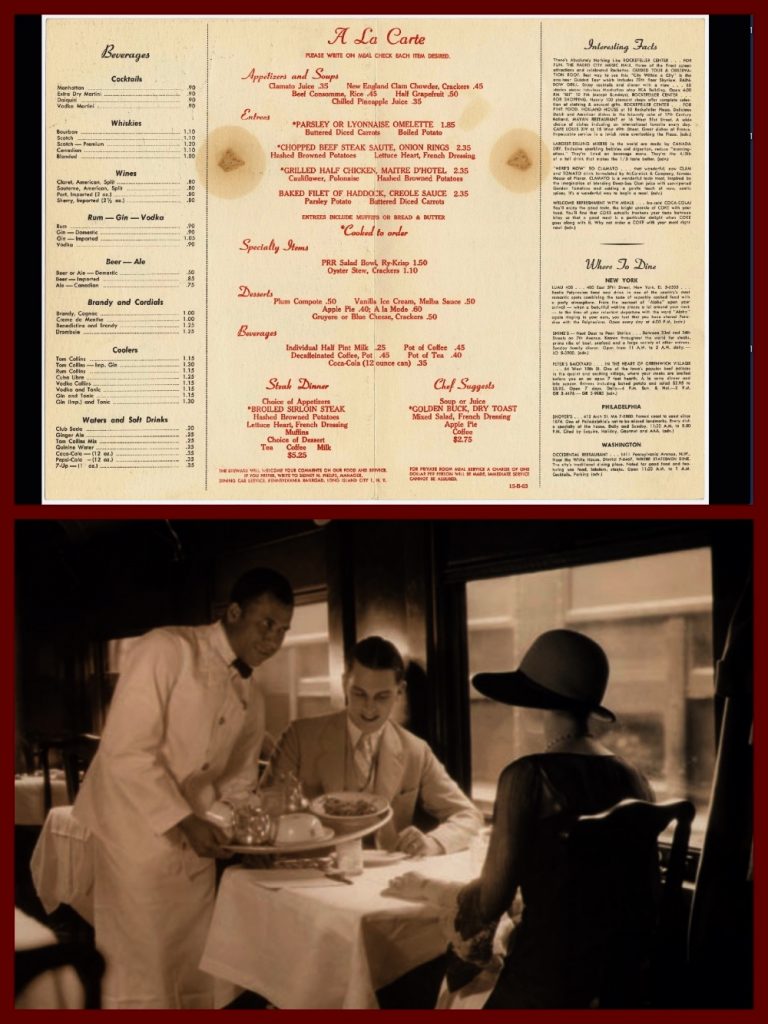 Dining Car Menu 1963; Passengers being served by a waiter in the Dining Car during the 1920s.

During this time the train still maintained a strong following, but also it started feeling the effects by the 1960s. The PRR looked for ways to reduce the train’s losses, including outright cancellation. By then, it had less than half the ridership from just a decade earlier. 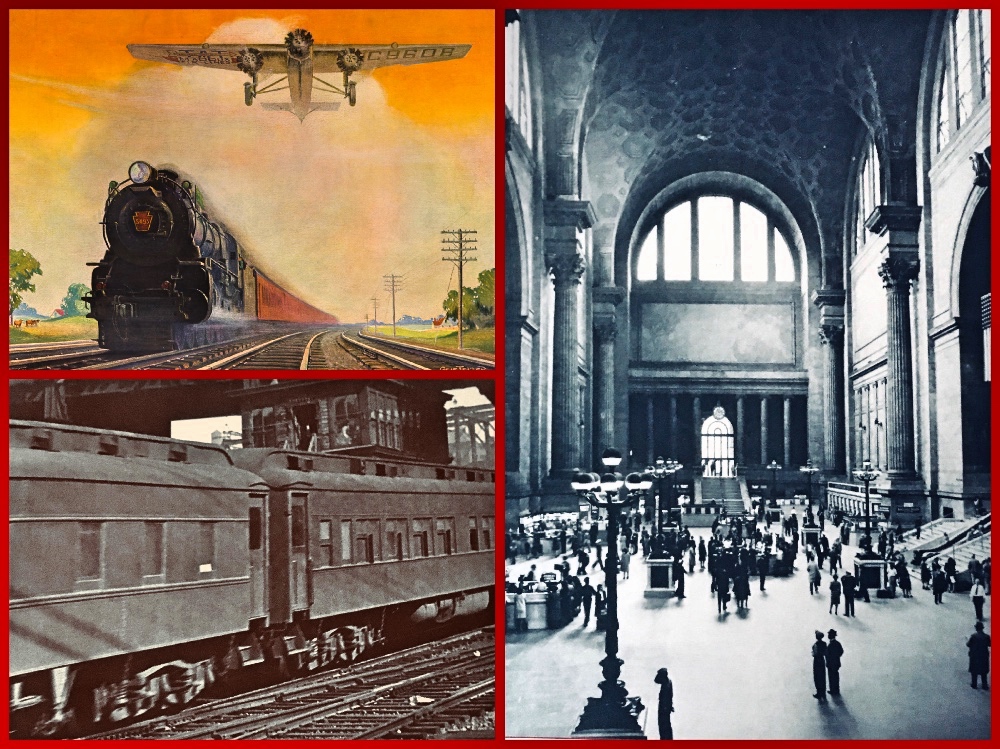 The Pittsburgher in the late 1930s with mail plane; Penn Station New York; Pullman Cars in the early 1930s.

The once-proud Pittsburgher made its final run on September 13, 1964, at which time it handled no more than a baggage car, three sleepers, and a diner.