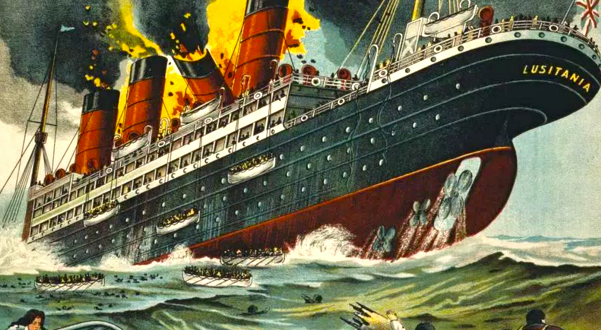 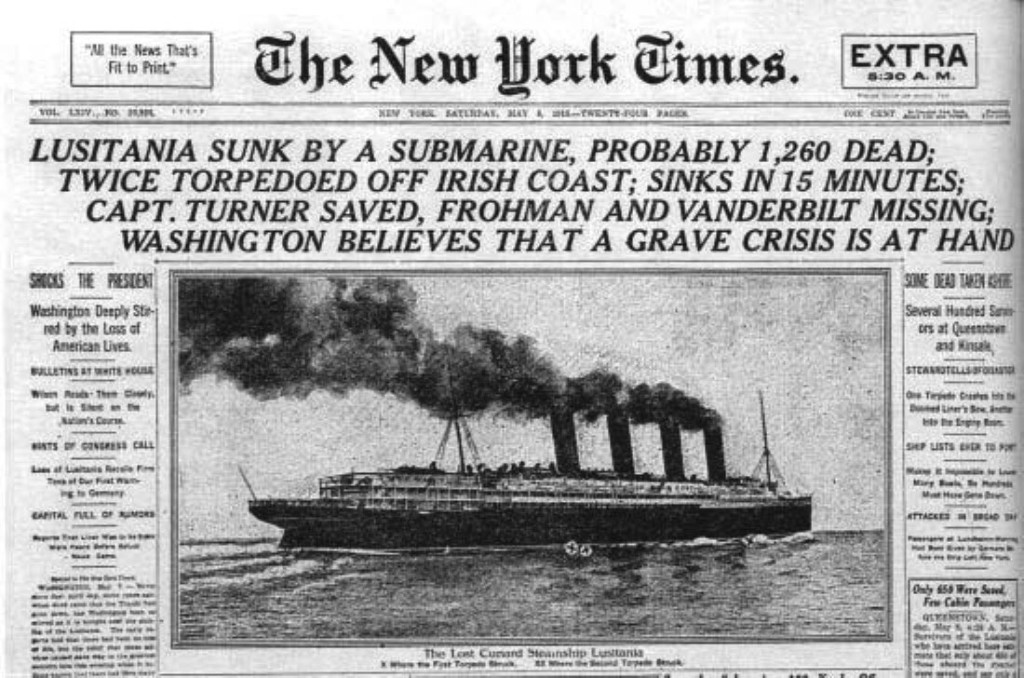 On May 7 the Cunard Liner’s RMS Lusitania was sunk by a submarine off Kinsale Head on the south coast of Ireland; about 1200 persons were reported lost. Of 188 Americans on board 102 were lost. While the Lusitania’s cargo included large quantities of war munitions, it is denied by British authorities that the vessel was armed …

One thousand one hundred nineteen of the 1,924 aboard died. The dead included 114 Americans. 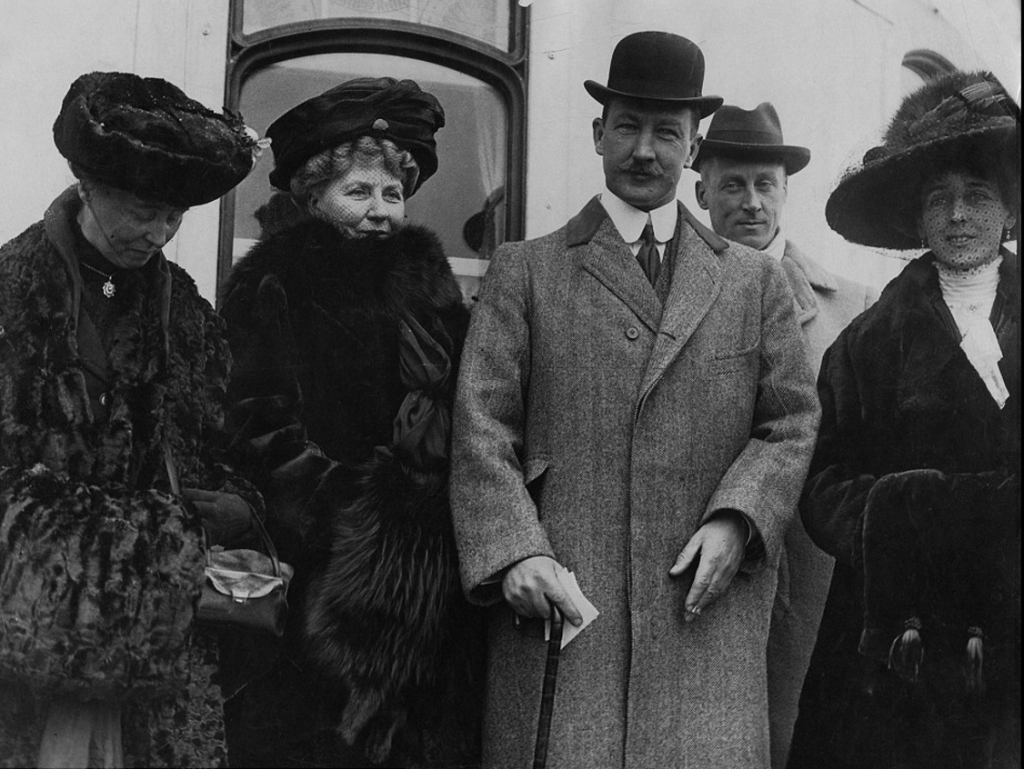 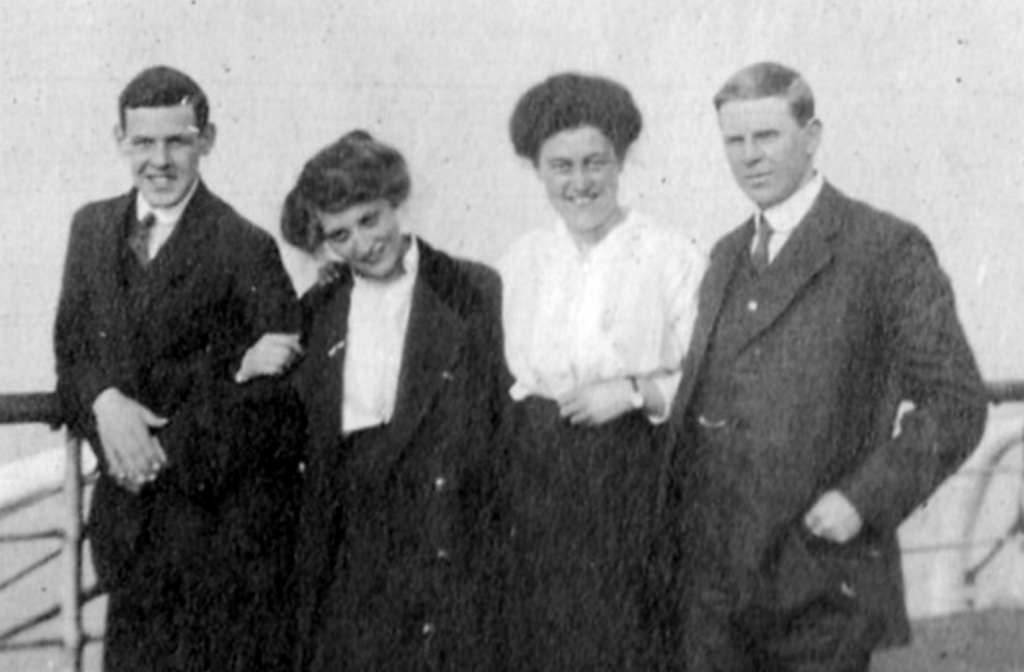 Passengers aboard the doomed ship… 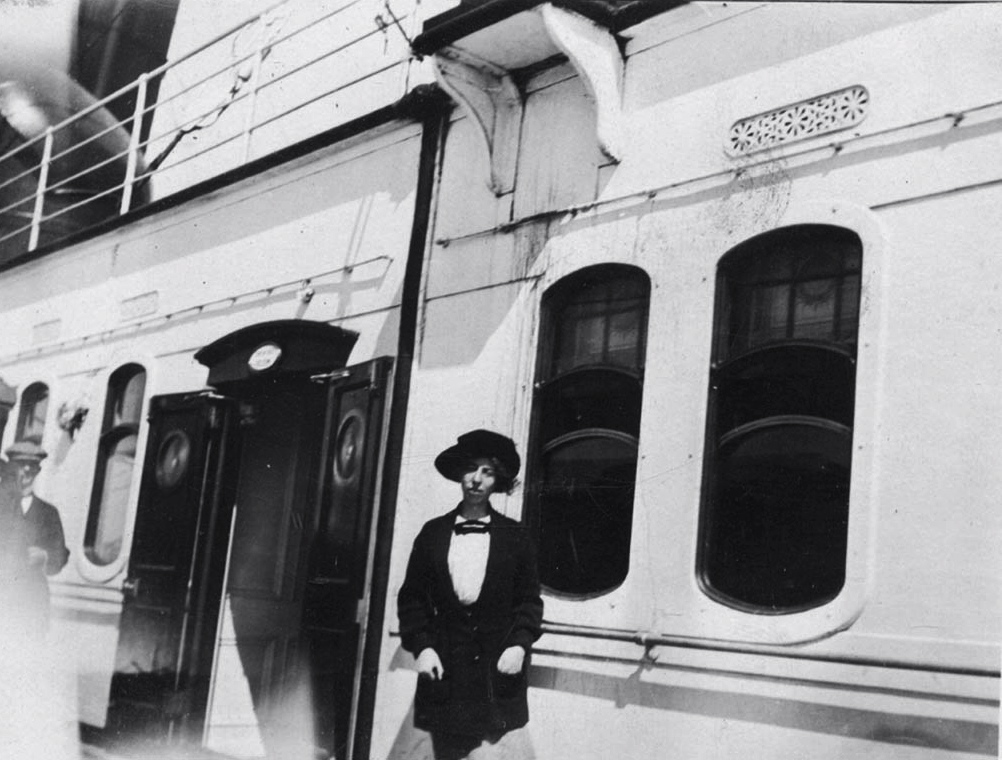 Passengers aboard the RMS Lusitania. 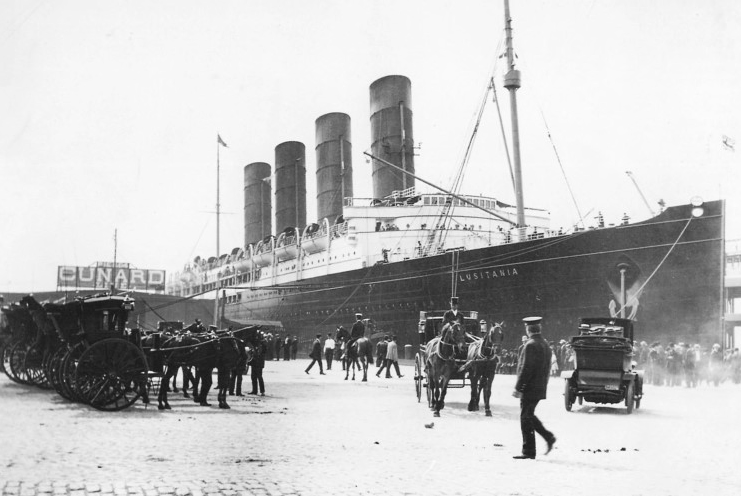 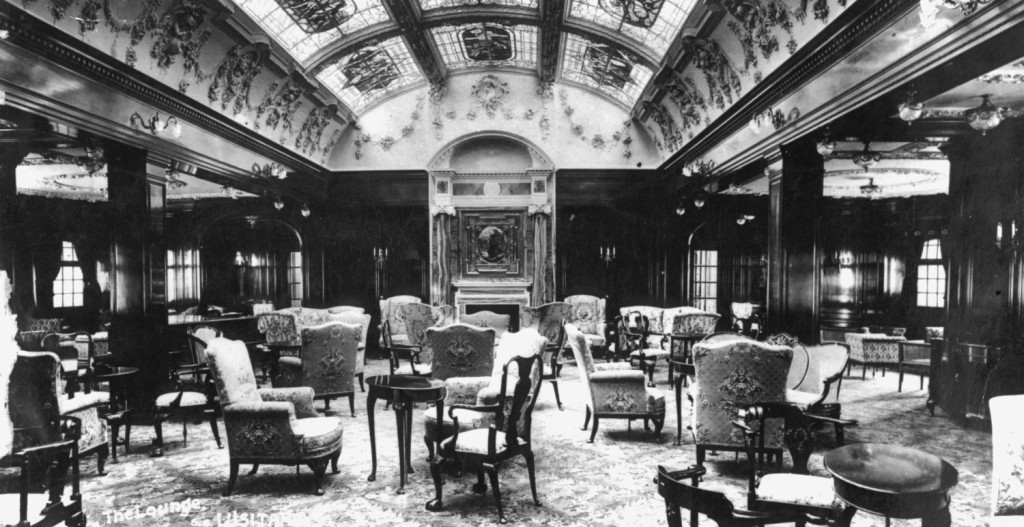 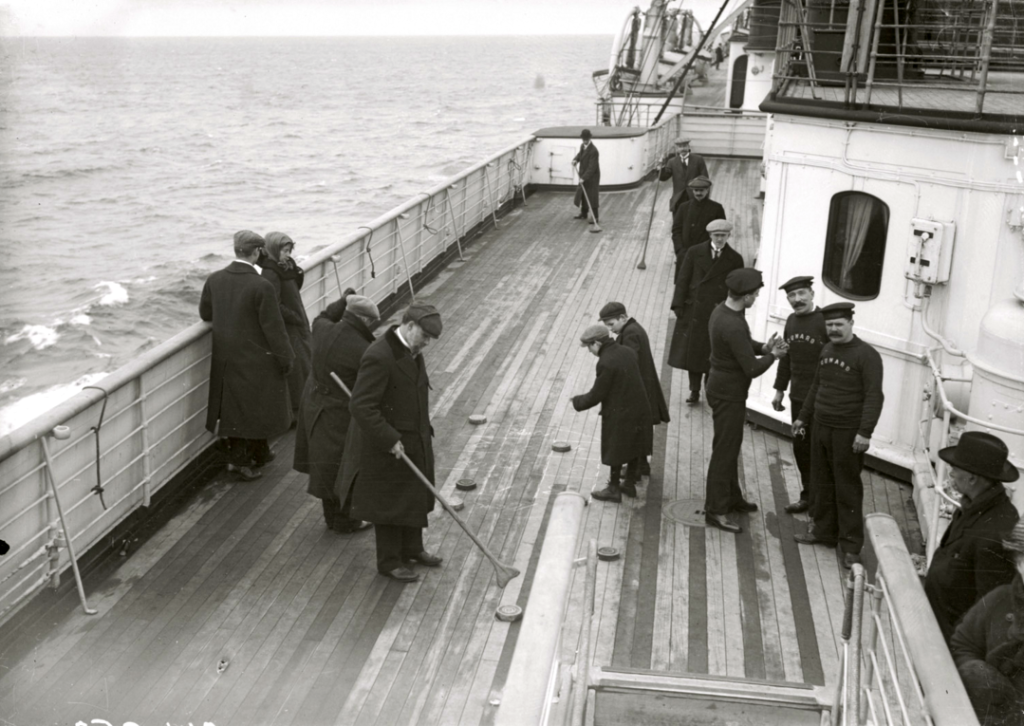 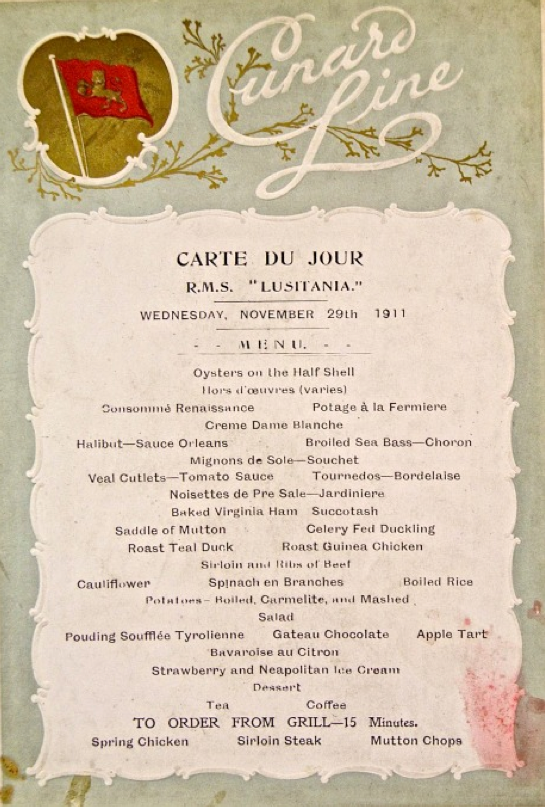 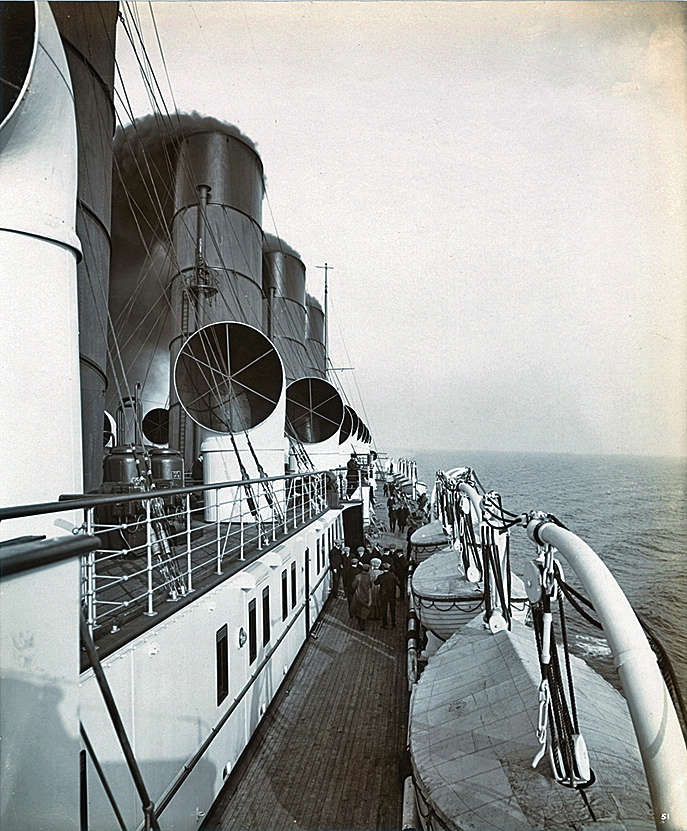 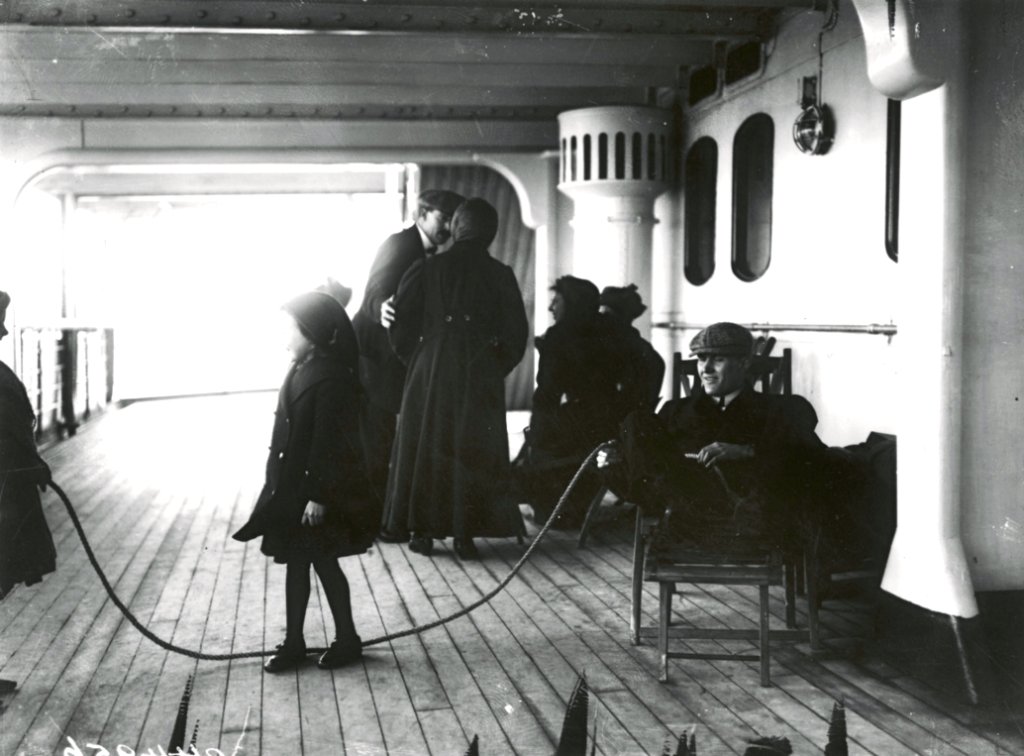 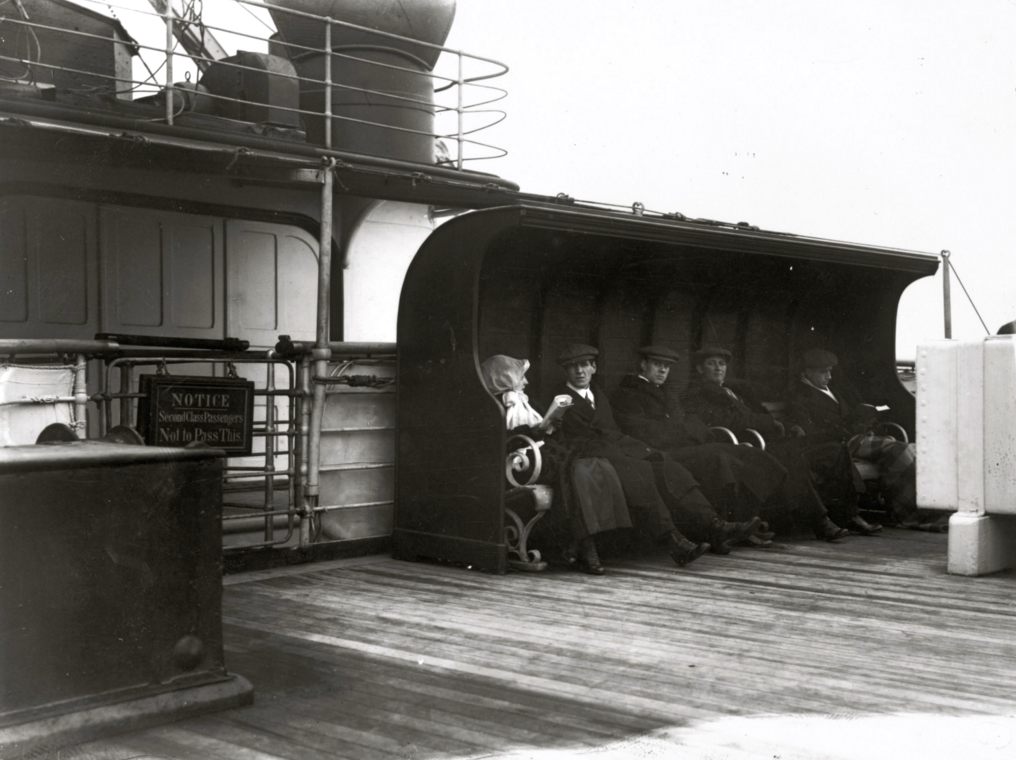 Deck “A” – Aft – Second Class – Note sign to the left … stating no 2nd Class passengers beyond this point. 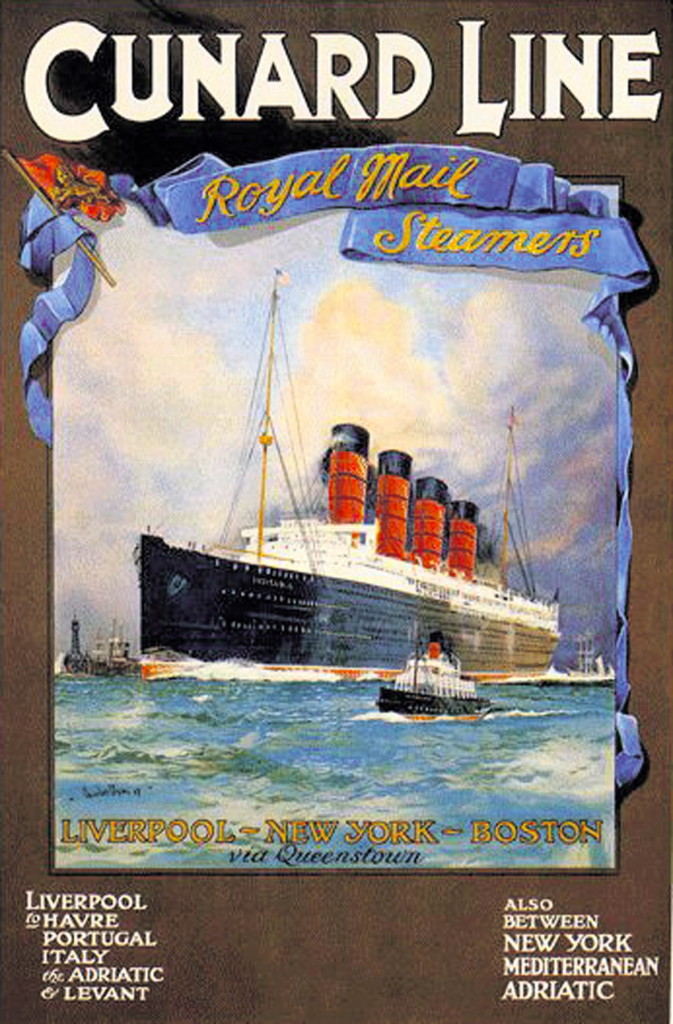 The British Admiralty had secretly subsidized her construction and she was built to Admiralty specifications with the understanding that at the outbreak of war the ship would be consigned to government service.

As war clouds gathered in 1913, the Lusitania quietly entered dry dock in Liverpool and was fitted for war service.

This included the installation of ammunition magazines and gun mounts on her decks. The mounts, concealed under the teak deck, were ready for the addition of the guns when needed. 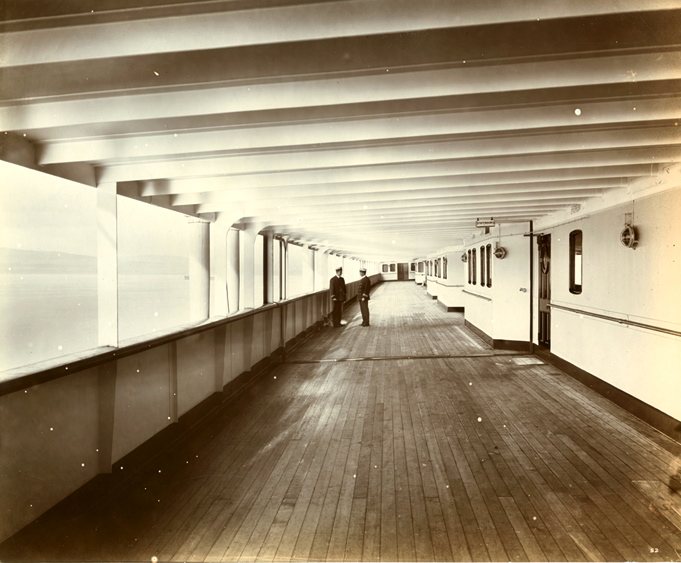 On May 1, 1915, the ship departed New York City bound for Liverpool. Unknown to her passengers but probably no secret to the Germans, almost all her hidden cargo consisted of munitions and contraband destined for the British war effort. 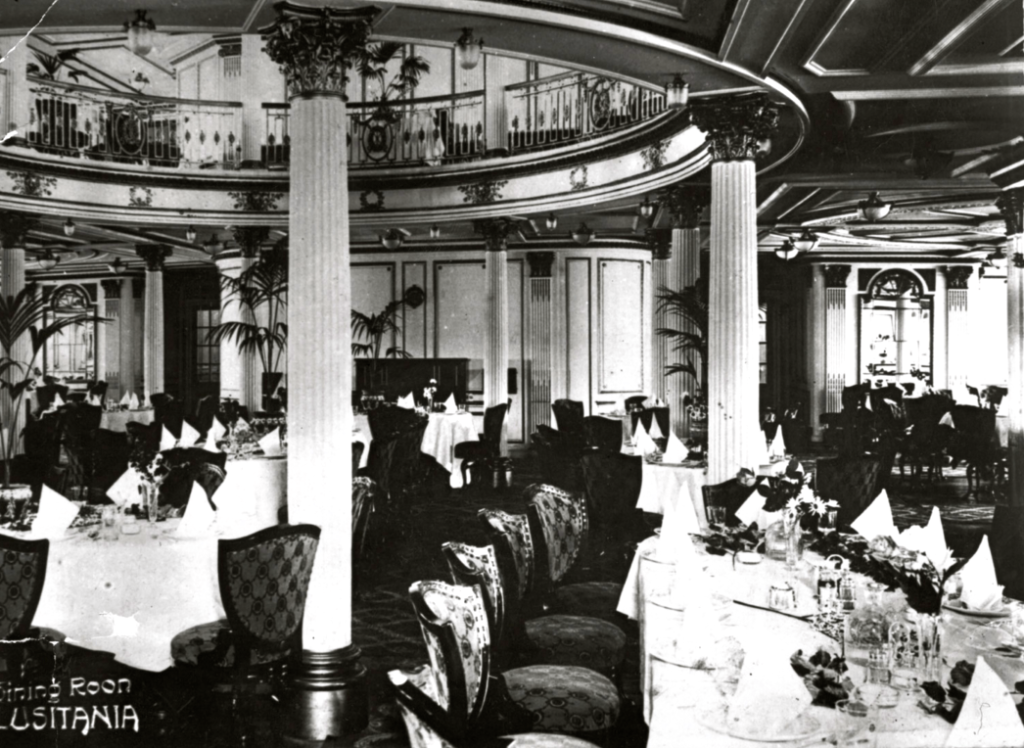 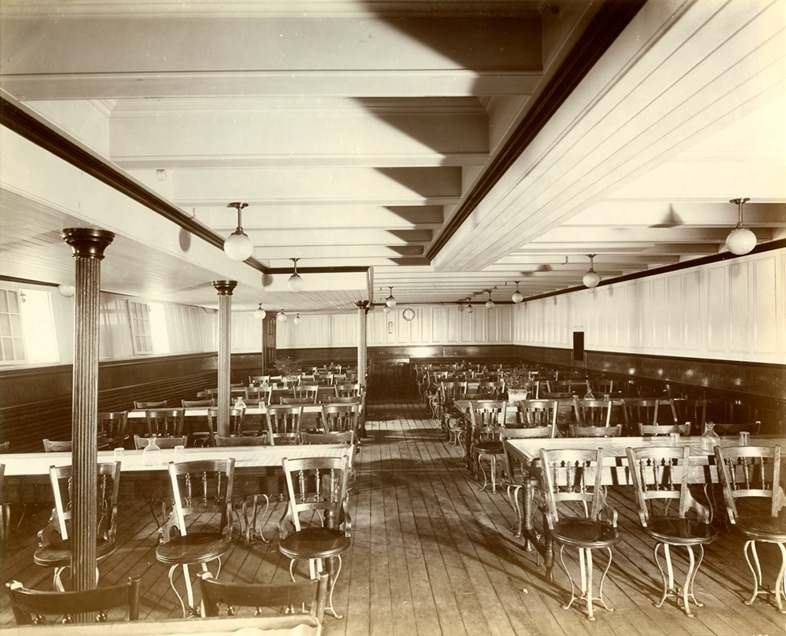 As the fastest ship afloat, the luxurious liner felt secure in the belief she could easily outdistance any submarine. Nonetheless, the menace of submarine attack reduced her passenger list to only half her capacity.

Excellent video on the Lusitania…

On May 7, the ship neared the coast of Ireland. At 2:10 in the afternoon a torpedo fired by the German submarine U 20 slammed into her side. 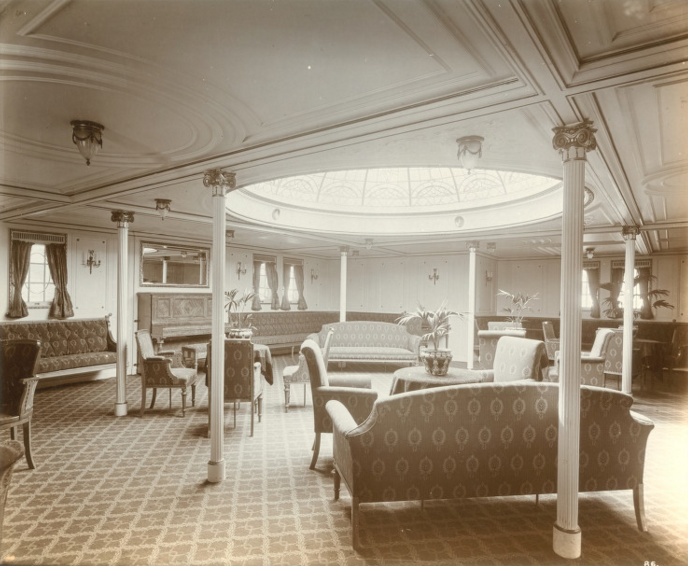 A mysterious second explosion ripped the liner apart. Chaos reigned. The ship listed so badly and quickly that lifeboats crashed into passengers crowded on deck, or dumped their loads into the water. 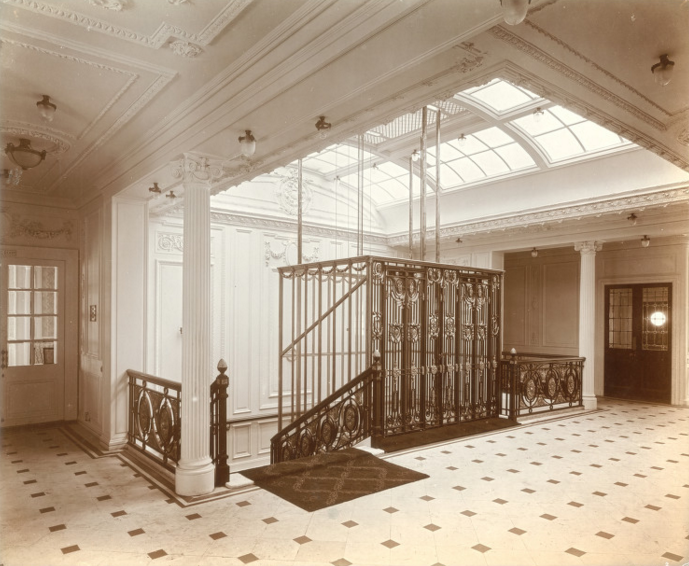 Most passengers never had a chance. 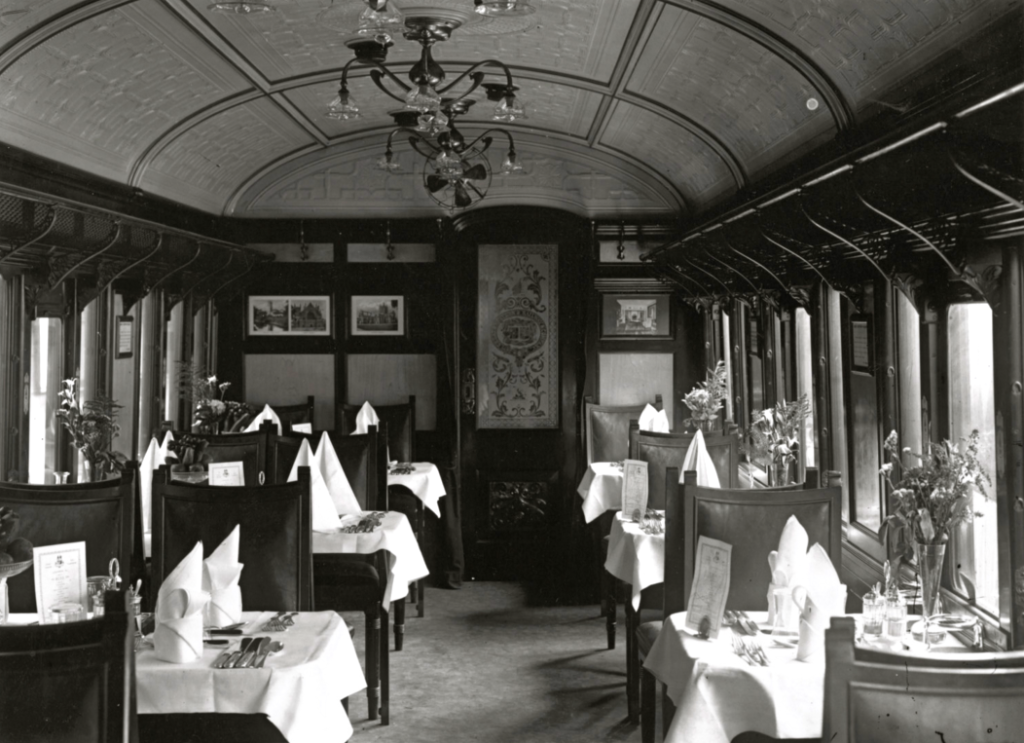 Within 18 minutes the giant ship slipped beneath the sea. One thousand one hundred nineteen of the 1,924 aboard died. The dead included 114 Americans.

(Left: The official warning issued by the Imperial German Embassy about travelling on Lusitania.)

Schwieger was captain of the U-Boat that sank the Lusitania. He watched through his periscope as the torpedo exploded and noted the result in his log, “The ship stops immediately and heals over to starboard quickly, immersing simultaneously at the bow. It appears as if the ship were going to capsize very shortly. Great confusion is rife on board; the boats are made ready and some of them lowered into the water. In connection therewith great panic must have reigned; some boats, full to capacity are rushed from above, touch the water with either stem or stern first and founder immediately.”

In the ship’s nursery Alfred Vanderbilt, one of the world’s richest men, and playwright Carl Frohman tied life jackets to wicker “Moses baskets” holding infants in an attempt to save them from going down with the ship. The rising water carried the baskets off the ship but none survived the turbulence created as the ship sank to the bottom. The sea also claimed Vanderbilt and Frohman.

The sinking enraged American public opinion. The political fallout was immediate. President Wilson protested strongly to the Germans. Secretary of State William Jennings Bryan, a pacifist, resigned. In September, the Germans announced that passenger ships would be sunk only with prior warning and appropriate safeguards for passengers. However, the seeds of American animosity towards Germany were sown. Within two years America declared war. 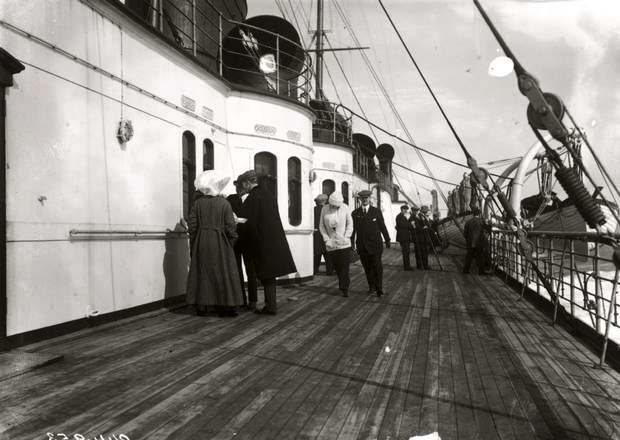 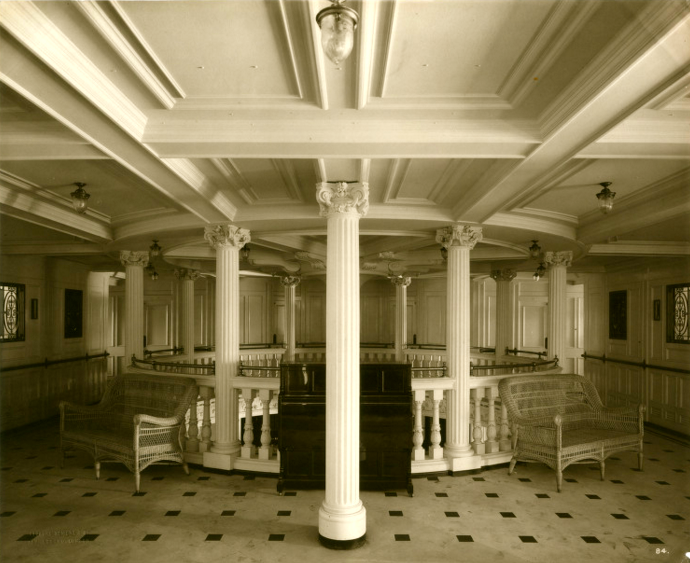 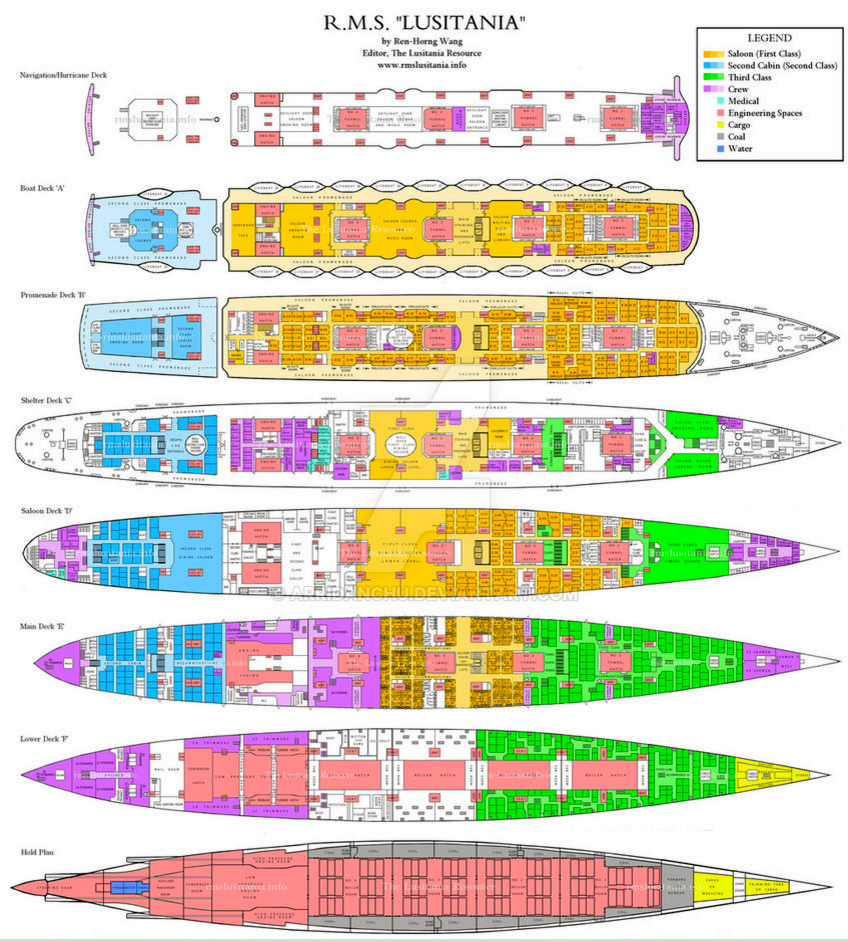