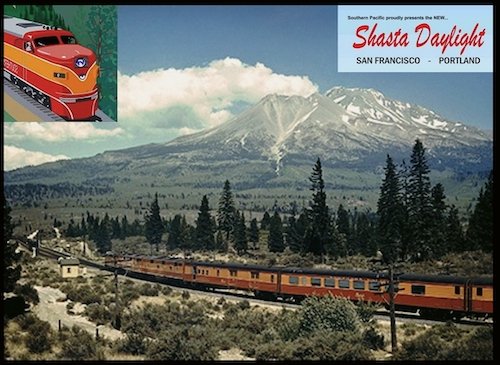 Southern Pacific’s streamlined Shasta Daylight train operated daily between San Francisco, California (by ferry boat to Oakland), and Portland, Oregon through the 1950s and into the early 1960s. 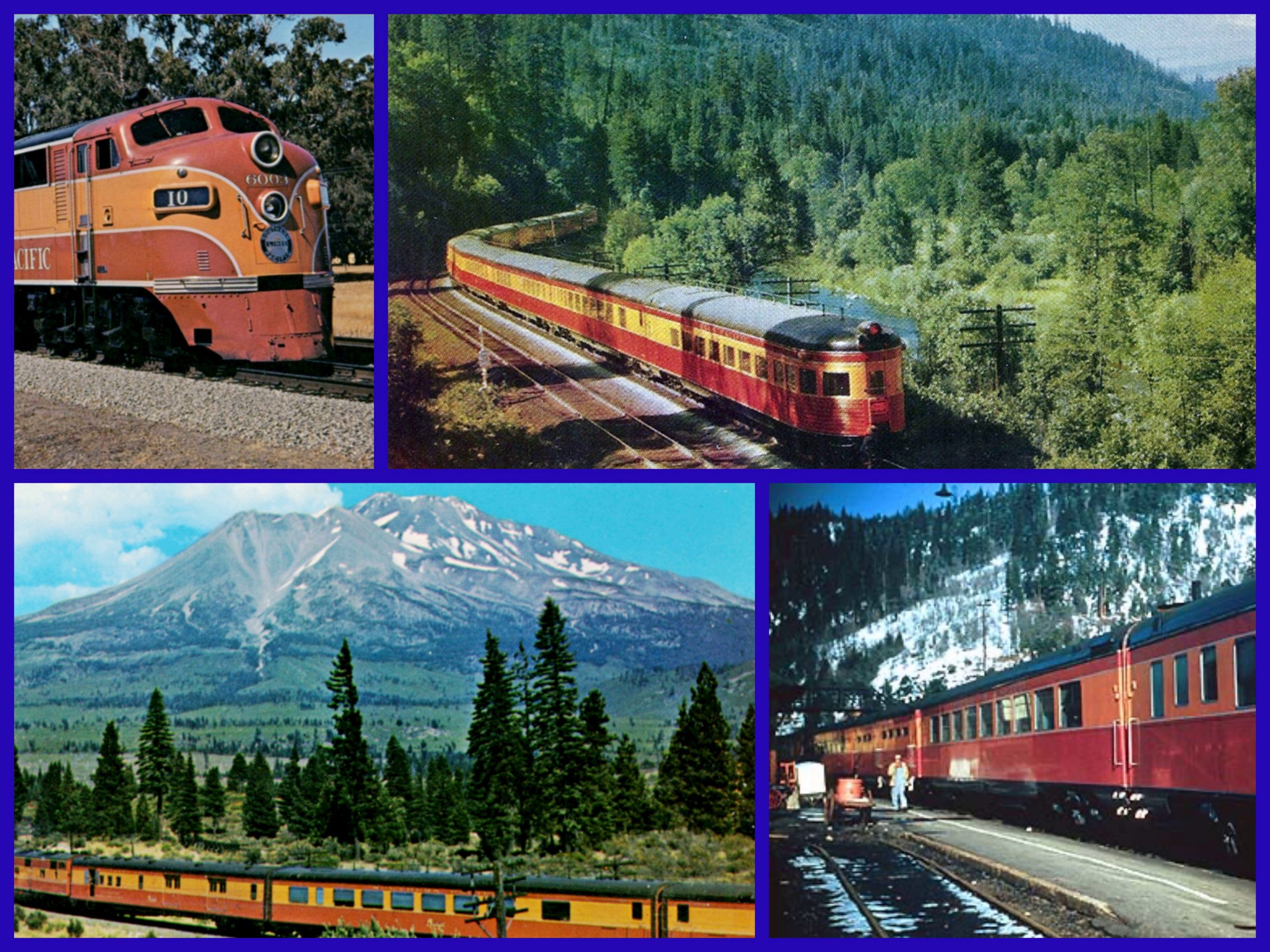 Various views of the Shasta Daylight en-route through the scenic Northwest.

From 1949 until 1966, the custom-built daylight train had a tight 15-hour-30-minute schedule in either direction for the 713-mile trip through some of the most beautiful mountain scenery of any train in North America. 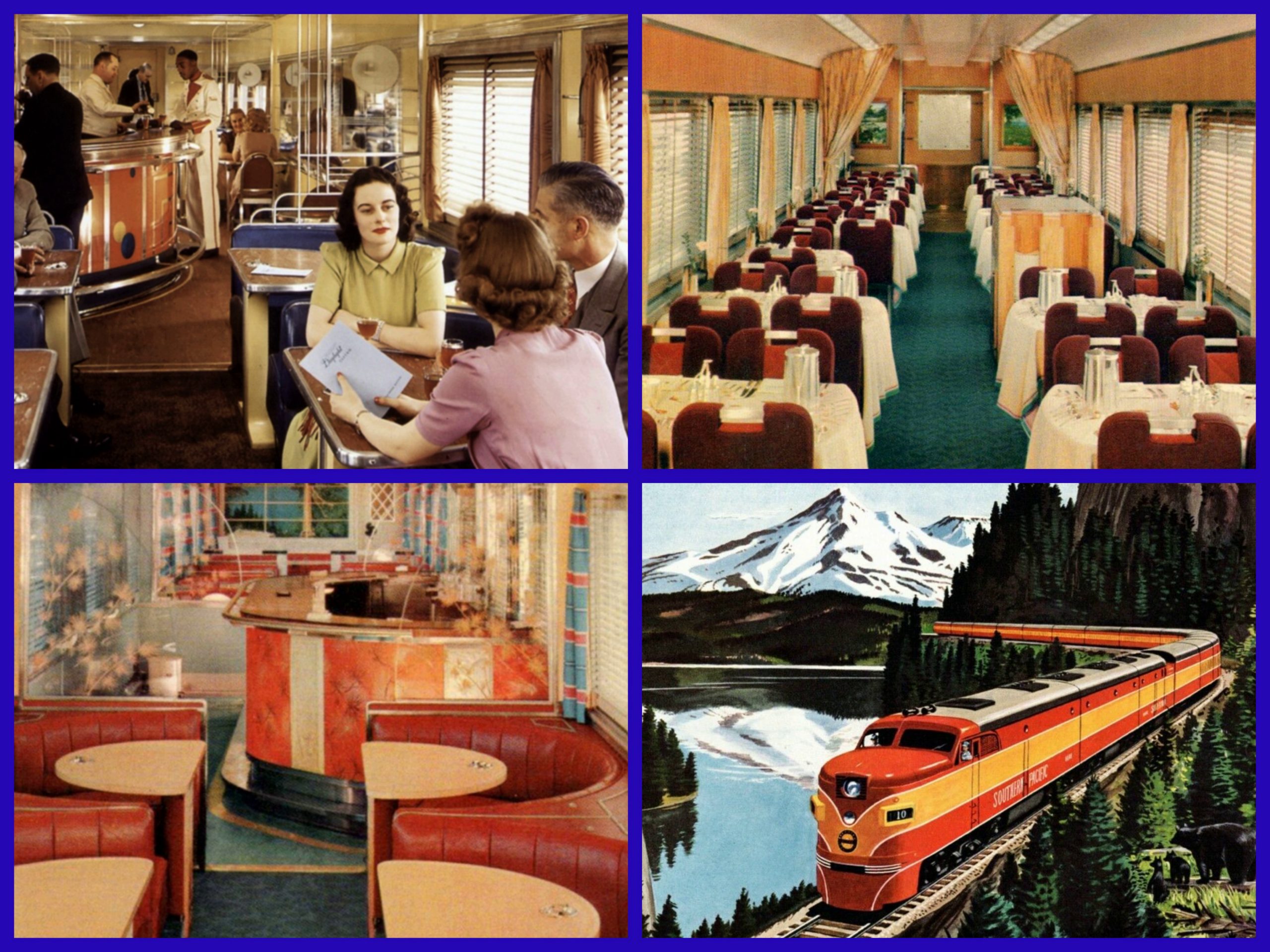 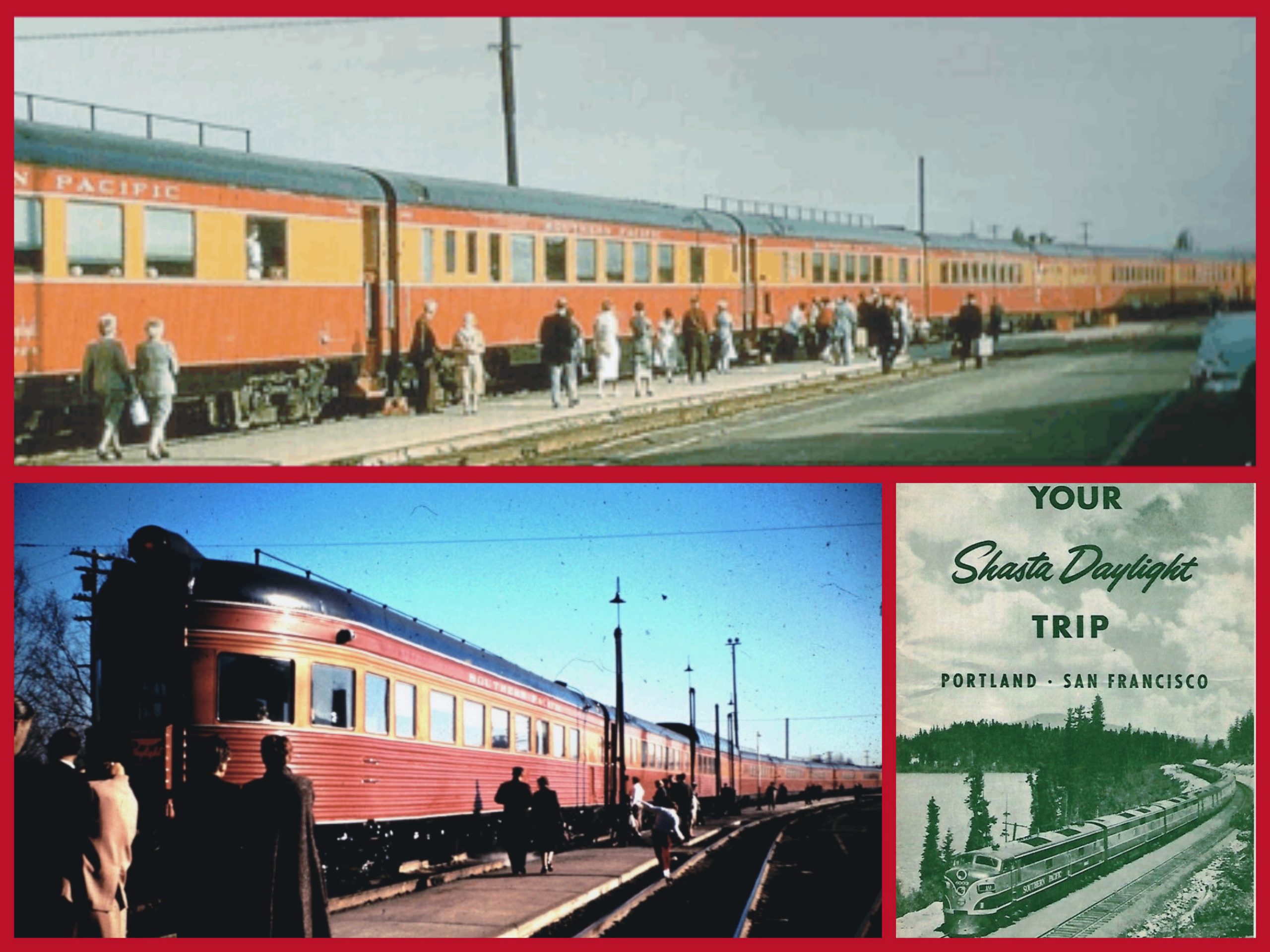 Modern, streamlined equipment included ultra-modern chair, parlor, tavern lounge, dome, and dining-coffee shop cars; the Shasta was a daylight palace on wheels. The streamliner was the first diesel-powered Daylight and the only Daylight to run beyond California. 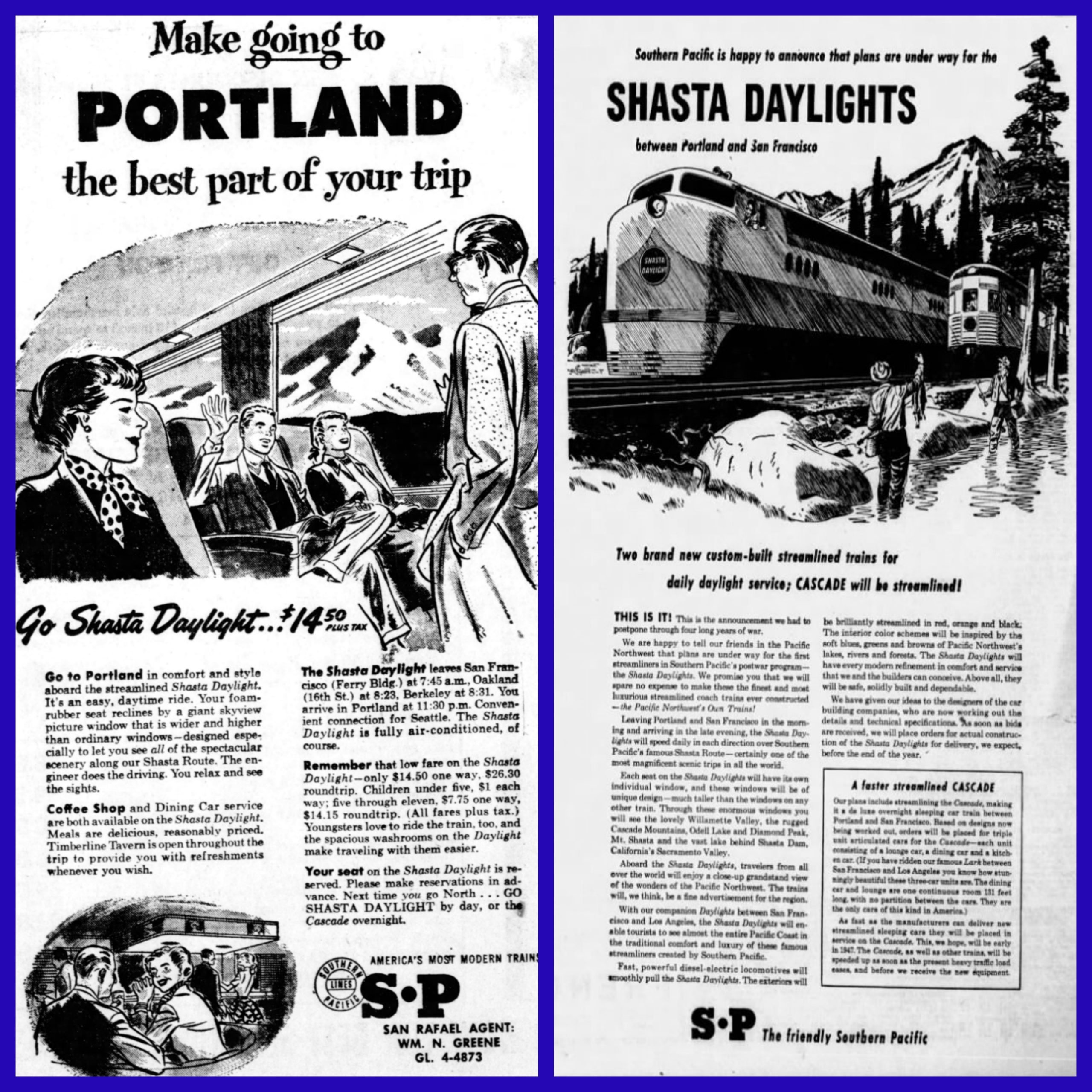 Newspaper adverts for the Shasta Daylight. 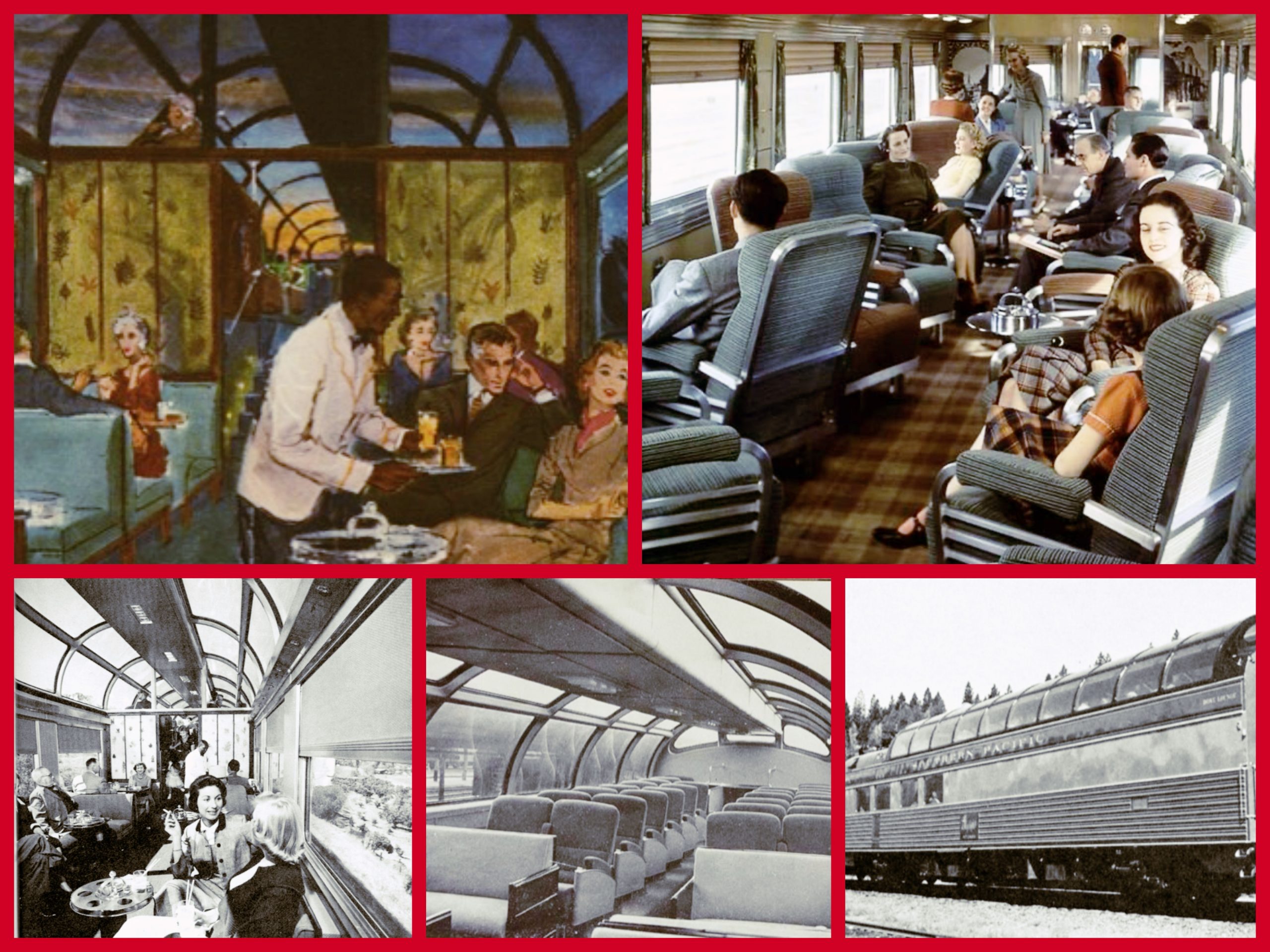 Each seat on the Shasta Daylights had its own individual window, and the windows were of a unique design, much taller than the windows on any other train. Through these enormous windows, you could see the lovely Willamette Valley, the rugged Cascade Mountains, Odell Lake, and Diamond Peak, Mt. Shasta, and the vast lake behind Shasta Dam, California’s Sacramento Valley. 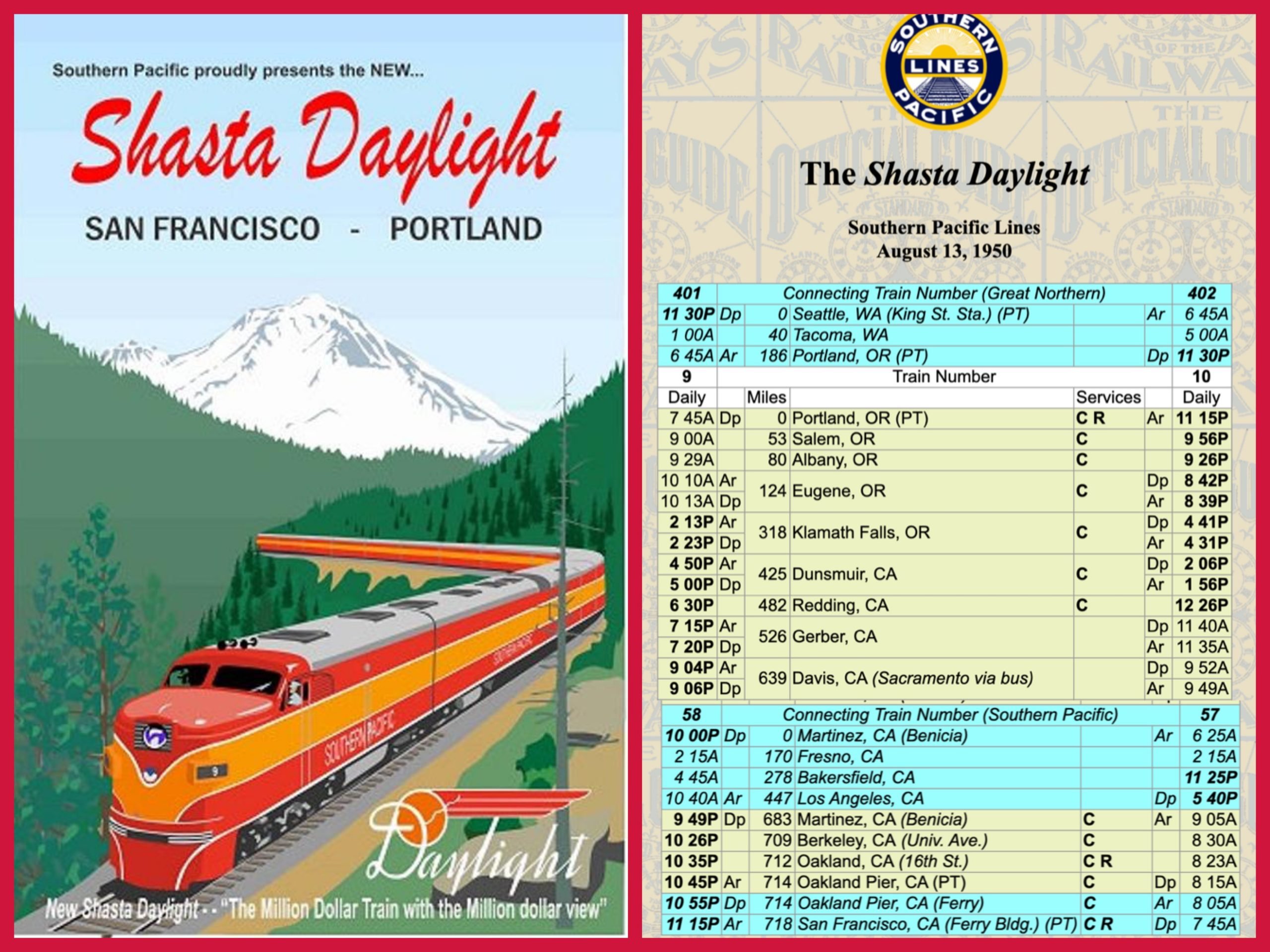 Aboard the Shasta Daylights, travelers from all over the world enjoyed a close-up grandstand view of the wonders of the Pacific Northwest. The trains were brilliantly streamlined in red, orange, and black; The interior color schemes were inspired by the soft blues, greens, and browns of Pacific Northwest’s lakes, rivers, and forests. 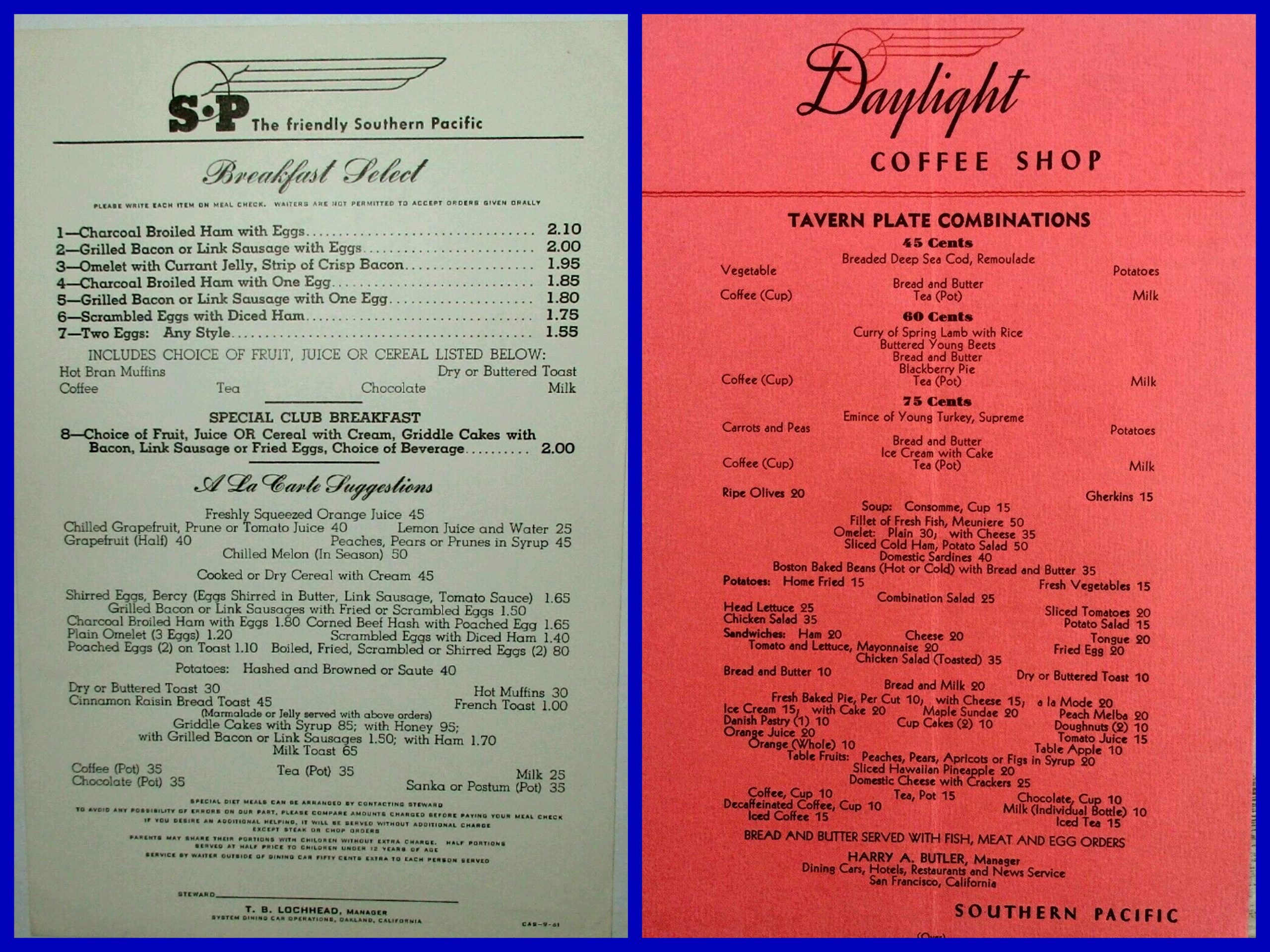 The trains lasted until 1966. It was the last daylight rail passenger service between San Francisco and Portland. Amtrak’s Coast Starlight passes Mount Shasta at midnight.