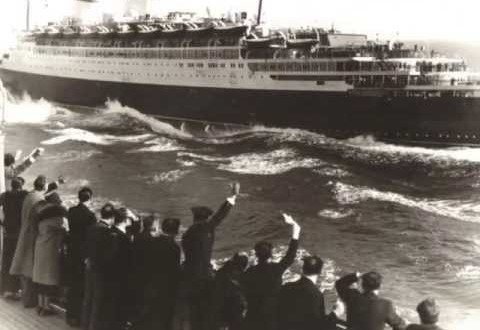 The video chronicles the life and death of this great liner.  The Rex operated transatlantic crossings from Italy with its running mate, the Conte di Savoia.