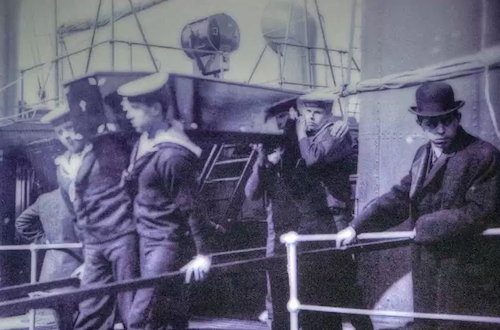 The RMS Empress of Ireland – 112 years ago – the other Titanic 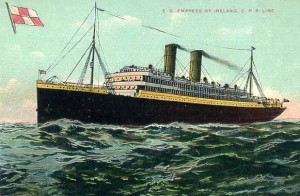 The excellent BBC documentary focuses on the question of who was to blame for the Empress of Ireland disaster.The Empress’s sinking is one of a triumvirate of ocean liner disasters between 1912 and 1915 that took over 3,700 souls. The other two ships were the Titanic and Lusitania, and the stories of their losses are well known. What follows is the largely forgotten history of the sinking of the Empress of Ireland.

Three months after the Empress sank, the First World War broke out. The tragedy was quickly overtaken by death in Europe on an unfathomable scale. The loss from the Empress paled in companion with the wholesale slaughter wrought by modern warfare. 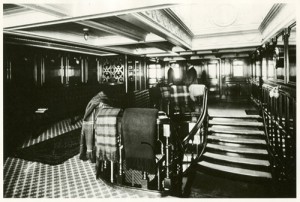 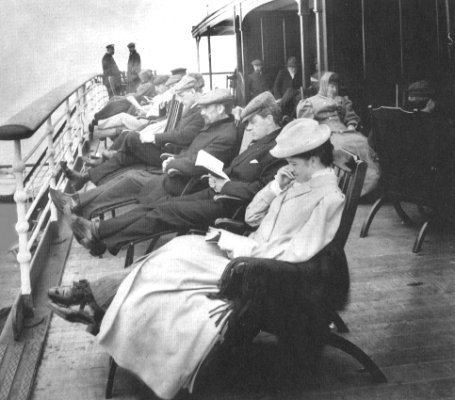 The Empress of Ireland was a monument to Edwardian splendor. The first class accommodations included a library stocked with 650 volumes, a café, a music room, and a smoking room. The dining room featured leather upholstery, handmade woodwork, sculpted ceilings, cut-glass fixtures, and an atrium that went up two levels to the music room. 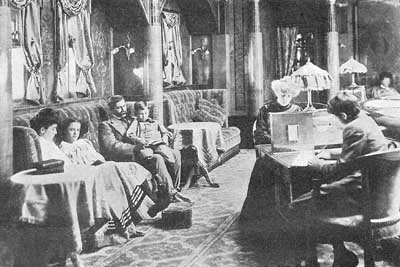 Taking command for the fateful voyage, his first as captain of the Empress when sailing from Quebec, was Henry George Kendall. Kendall was a 39-year-old rising star with Canadian Pacific, who first went to sea under sail. He had already made a name for himself in the arrest of Hawley Harvey Crippen in 1910 while master of the Montrose. 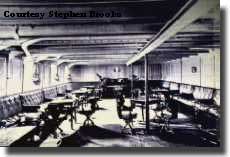 Crippen, a transplanted American doctor, working in London, had killed his wife and dismembered her body. He was attempting to escape across the ocean to freedom in Canada with his young mistress disguised as his son. Kendall had the latest newspapers aboard (and a “keen eye”, as he said) and soon realized Crippen was a passenger on the Montrose. He notified the company’s Liverpool headquarters by wireless, who in turn advised New Scotland Yard. 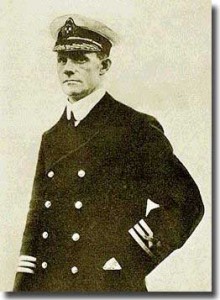 Heading down the river on May 28, 1914, for its 96th trans-Atlantic crossing and the first of the summer season from Quebec, the Empress carried 1,477 passengers and crew, including 167 members of the Salvation Army, on their way to the third Salvation Army International Congress in London. The ship had cast off at 4:30 p.m. amid waving Union Jacks and shouts of good-bye. The Salvation Army band struck up the hymn “God Be With You Till We Meet Again.”

At 1:55 a.m., Kendall was shocked to see the Storstad appearing out of the fog and heading straight for the Empress. He quickly ordered full speed ahead, but it was too late, the Collier inflicted a mortal wound to the Empress between its two funnels. Kendall shouted through a megaphone for the Storstad to keep going ahead on its engines, in the faint hope, it would serve as a giant plug. But the Collier floated away into the night mists. Kendall struggled forward, unsuccessfully trying to beach the ship on the shores of the St. Lawrence two miles away near Father Point (12 miles east of Rimouski). 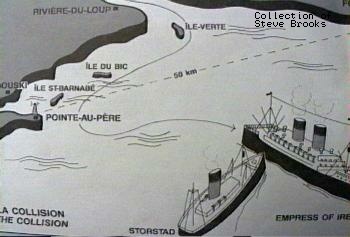 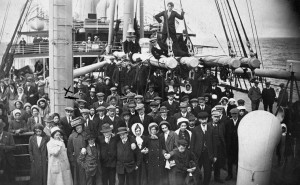 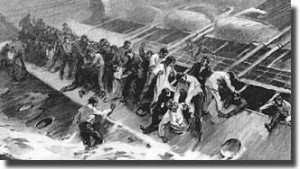 Convened in Quebec City on June 16, 1914, the inquiry found the Storstad at fault. A Norwegian inquiry, conducted at the Norwegian Consulate General in Montreal, ultimately exonerated the ship and its captain, Thomas Andersen. Andersen claimed the Empress caused the collision by turning northwest into the path of the Collier. The two conclusions are irreconcilable.

With the outbreak of the First World War, the disaster quickly faded from memory. Kendall and Andersen served in the war, and both were torpedoed. Both men survived. But not the Storstad. It was torpedoed on March 8, 1917, and sank near the coast of Ireland. All hands were saved.