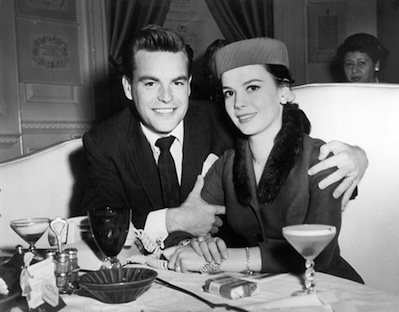 Robert Wagner and Natalie Wood in the Pump Room. www.cruisingthepast.com Judy Garland with her children, Liza, Joey and Lorna, in the Pump Room. www.cruisingthepast.com