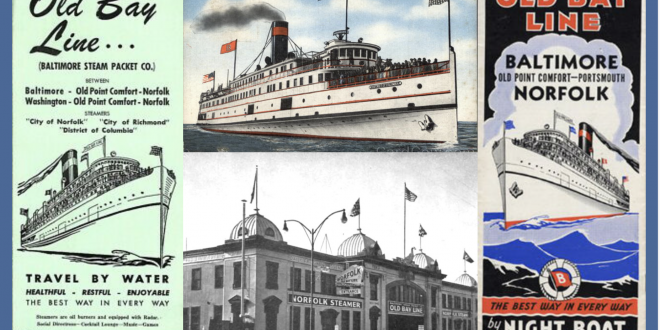 On April 13, 1962, America’s last night boat service ended as the Old Bay Line’s steamers made there final voyages on the waters of the Chesapeake Bay ending service between Baltimore and Norfolk. 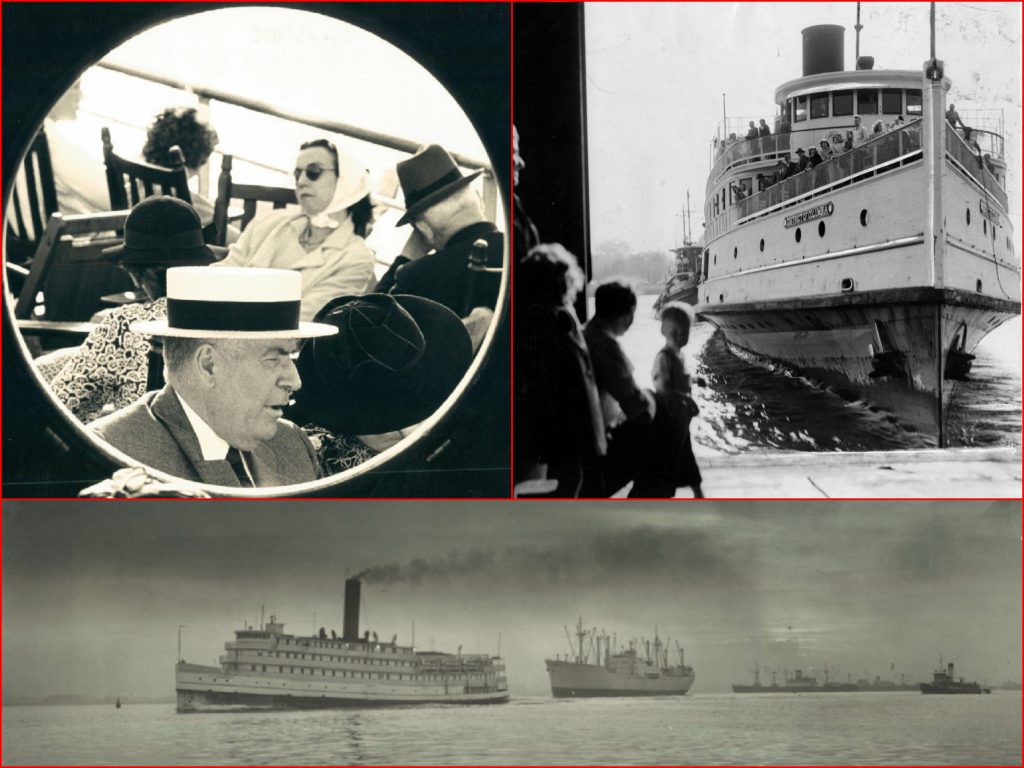 Known officially as the Baltimore Steam Packet Company, which had come to be known as the Old Bay Line, it had been doing its thing since the company’s founding in 1840. At the time of its demise, at the age of 122, the Old Bay Line was the oldest steamship company in the country. 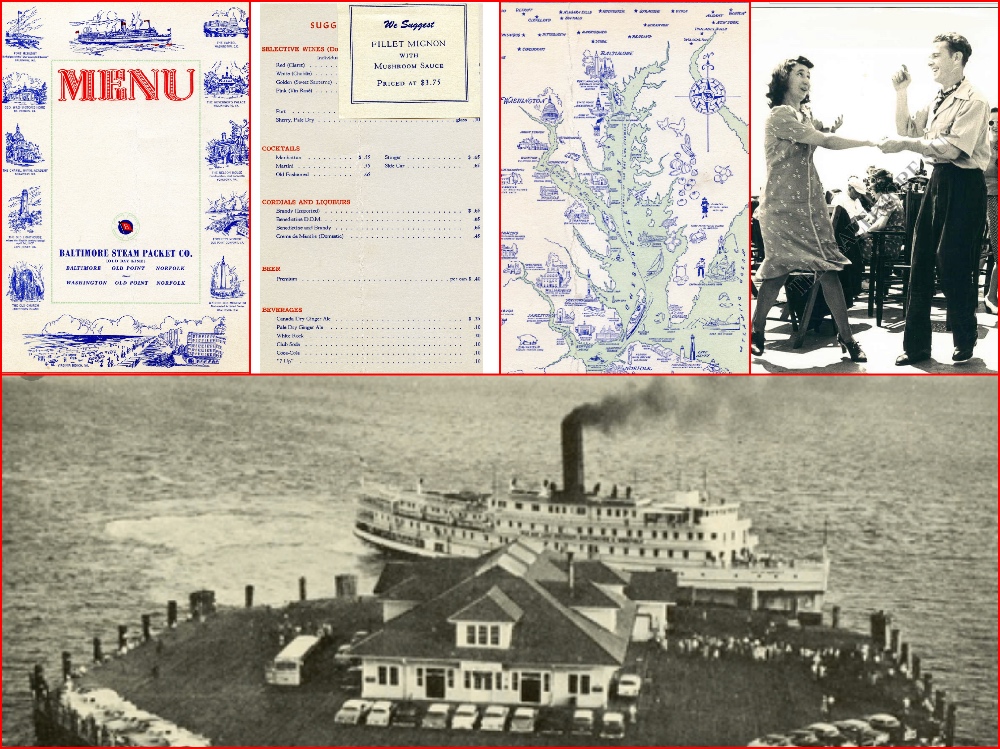 At one time, packet ships were commonplace on the Chesapeake Bay. They were, after all, the most efficient means of travel between their many ports of call, before the automobile, and even for quite a while following that.

The railroads could not truly compete in these environs, as the large bay and its many tributaries prevented direct routes. Indeed, railroads relied upon packet vessels to offer connections. It’s no surprise, then, that many of the packet lines – including this one – were eventually owned substantially by railroads. 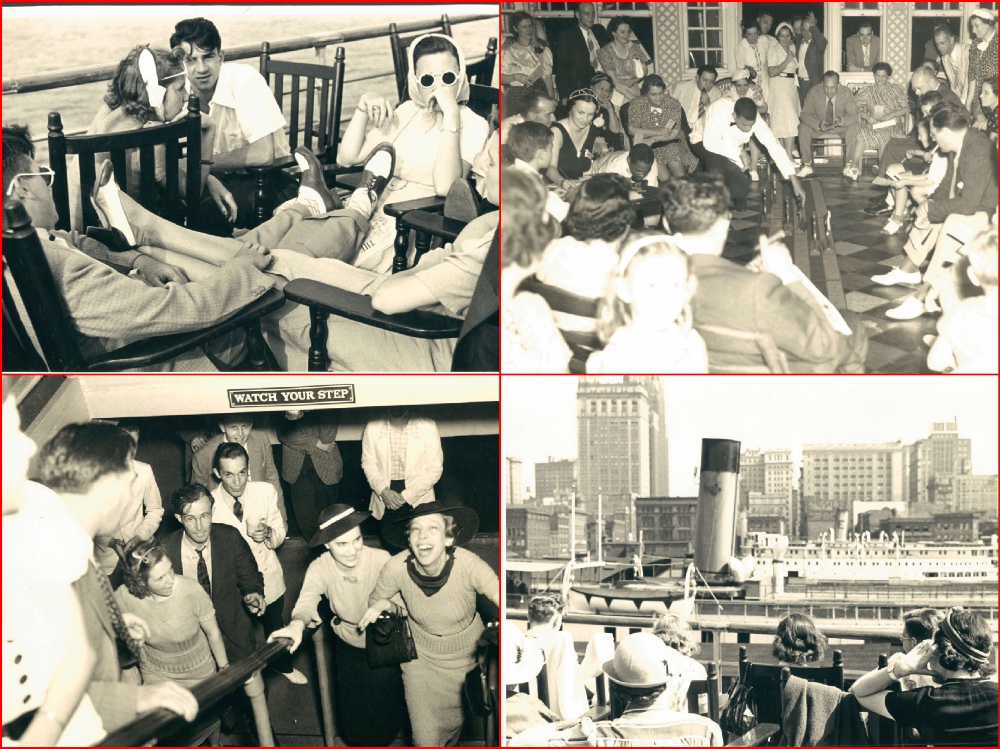 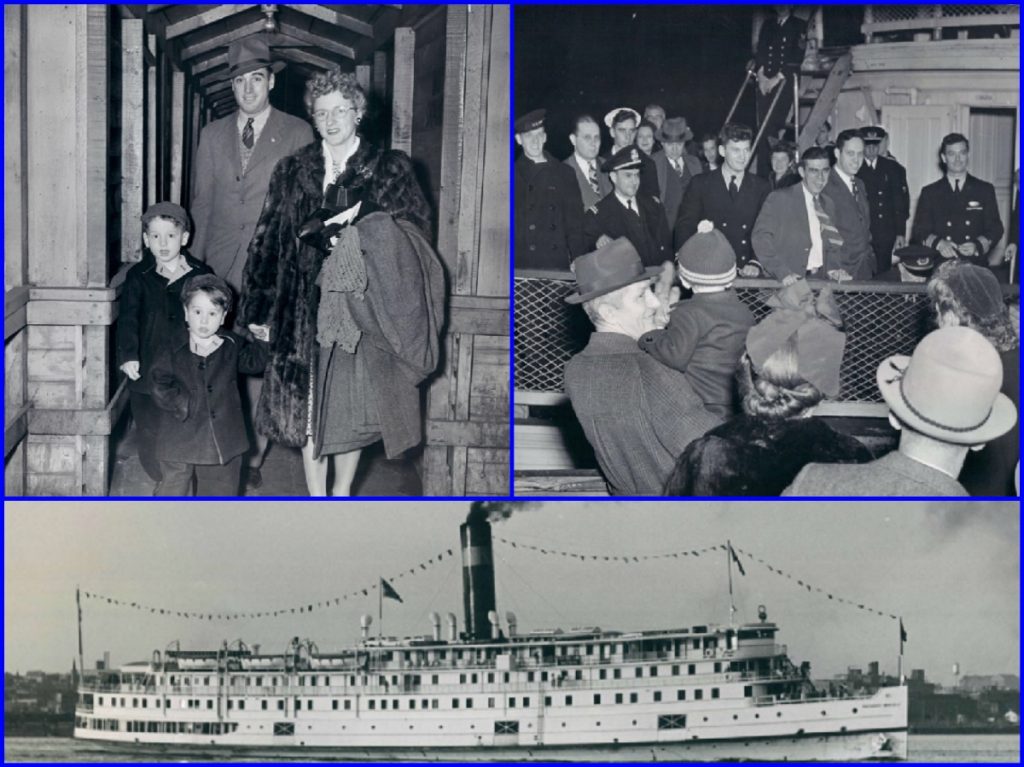 My exposure to the Old Bay Line was during the summer of 1961, a year before the company ended service. I was off from school and visiting my cousin in Baltimore. We sailed to Norfolk on the City of Norfolk. The ship made the overnight run between Baltimore and Norfolk, carrying passengers, automobiles, and freight. We arrived early at the wharf in downtown Baltimore to see my cousin’s new VW Beetle was safely aboard. 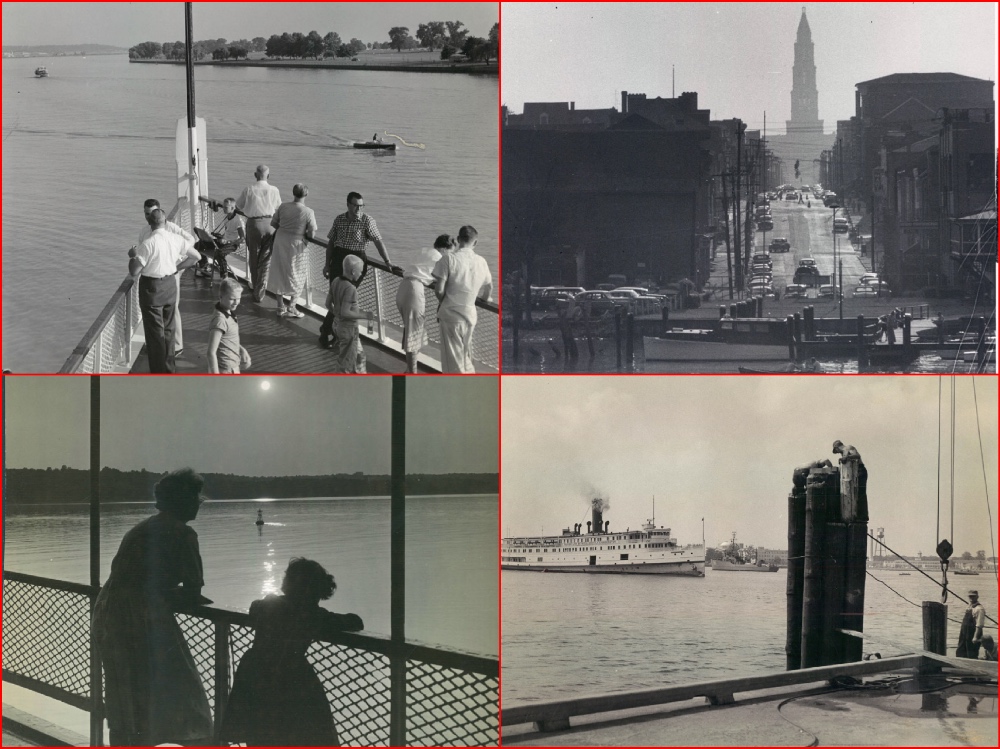 At that time the Old Bay Line had two vessels: the City of Norfolk, the City of Richmond. These ships served the route daily between Baltimore and Norfolk – one sailing north each evening, and the other sailing south. Up until December 1957, the Old Bay Line had the District of Columbia serving the route between Washington and Norfolk, alternating one night north and the next night south. 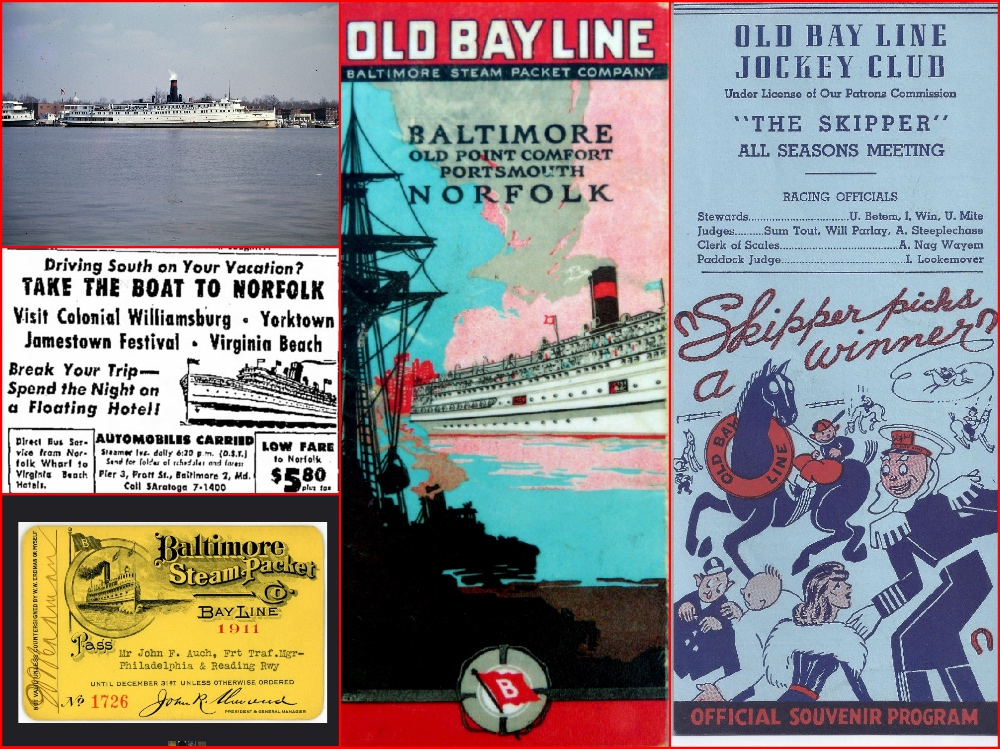 I can recall the announcement, “All ashore that’s going ashore,” followed by a long blast of the ship’s whistle. After settling into our stateroom, depositing our bags, flipping a coin for the upper or lower berth, we rushed onto the deck as the ship pulled away from the dock. We waved at well-wishers we didn’t know standing on the pier. We saw the Baltimore’s skyline pass as we sailed south. 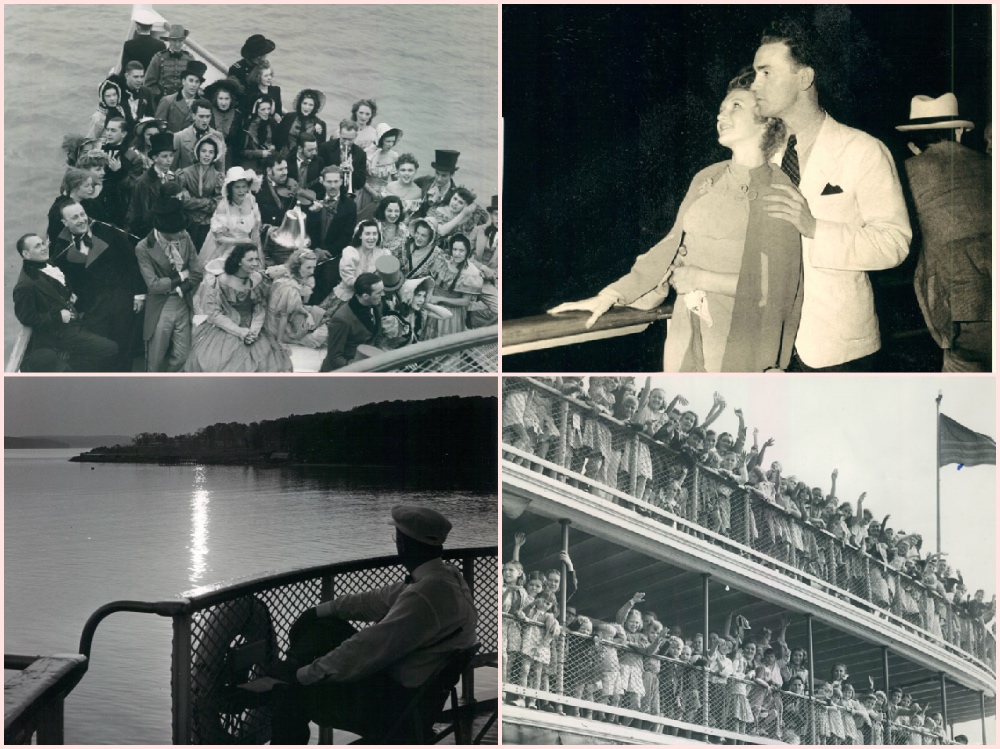 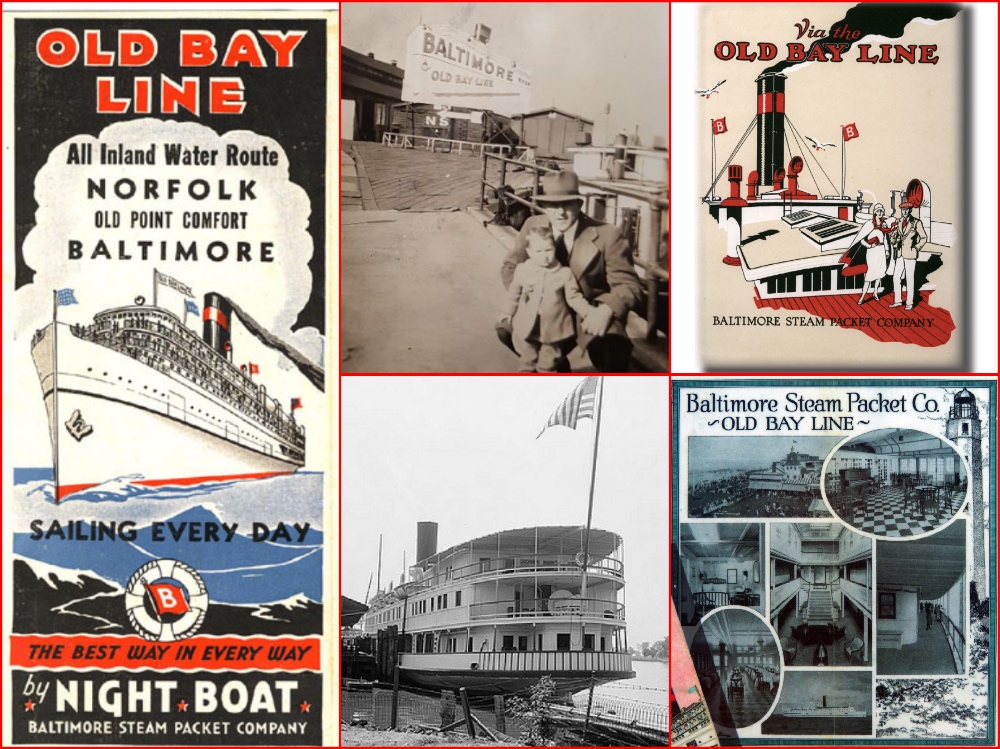 After dinner, there was shipboard horse racing. Bets were made on a dozen wooden horses. Large dice were rolled by the ship’s purser, and the ship’s stewards moved the horses along a green tarp track placed over the salon floor. A ship’s hostess then announced bingo and many passengers played. We headed up to the bar off the ballroom salon. There was dancing to top it off. 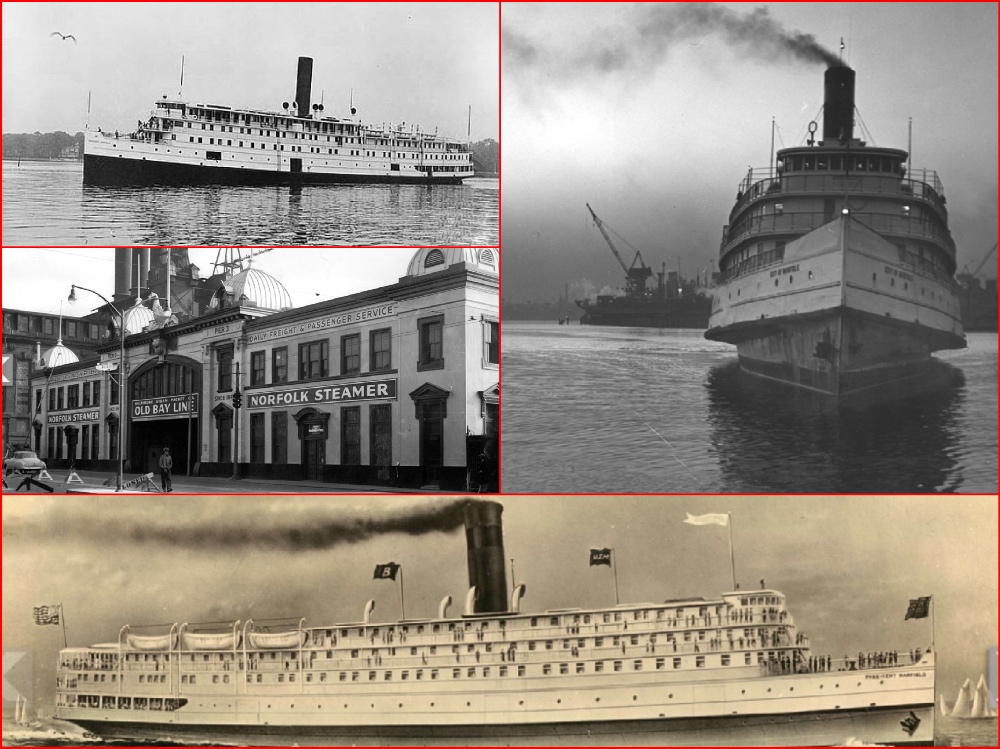 Then a quiet night, sleeping on the smooth Chesapeake Bay. In the morning, we had griddle cakes, eggs, bacon, and grits, in the ship’s dining room. 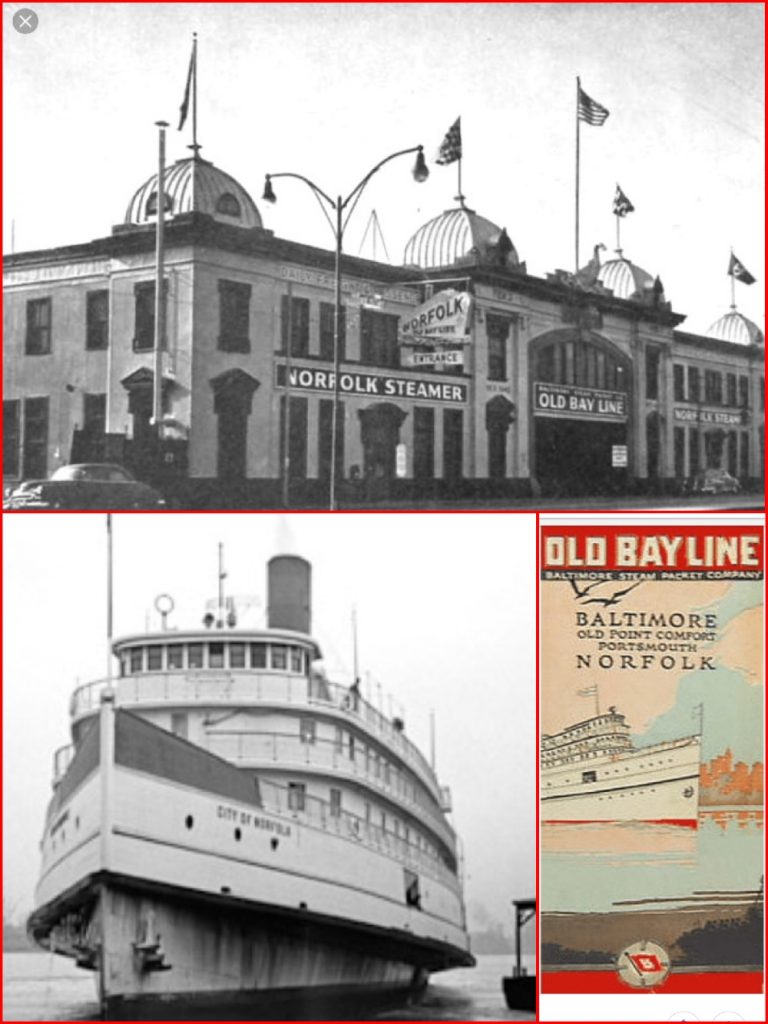 We disembarked from the City of Norfolk, picked up my cousin’s BMW and drove away. I remember taking a last glimpse at the night boat and felt lucky to experience something that would end the following year. 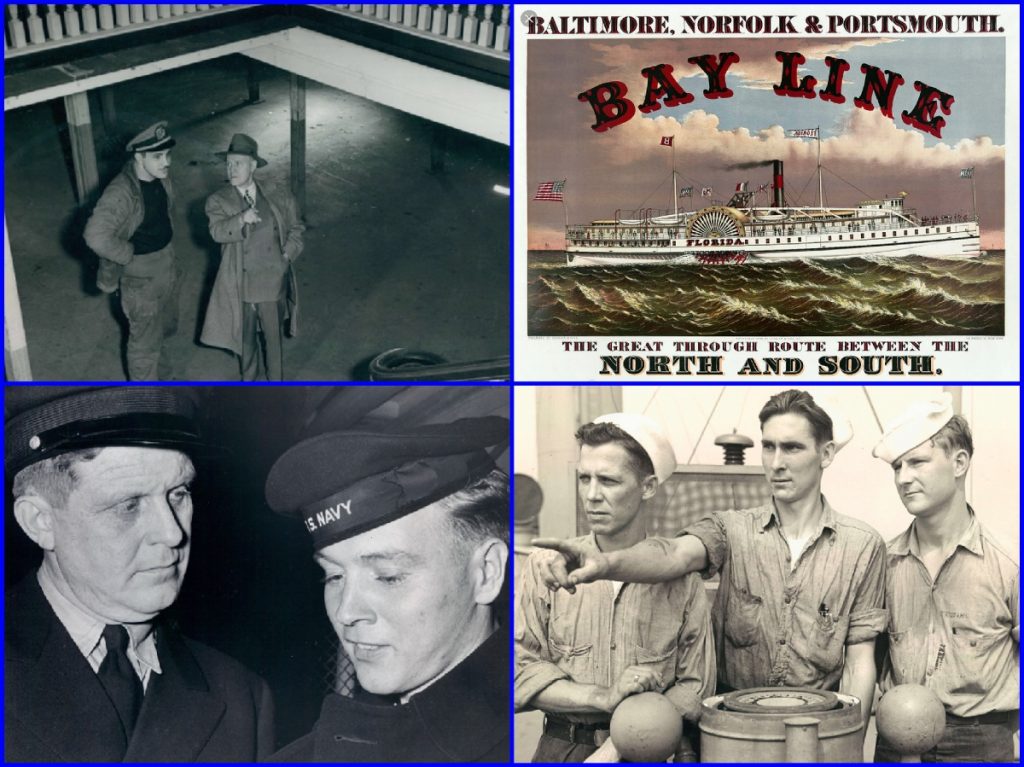 It was 1961, the second year of JFK’s term in office, and the City of Norfolk was a step back in time. Another decade, another century. 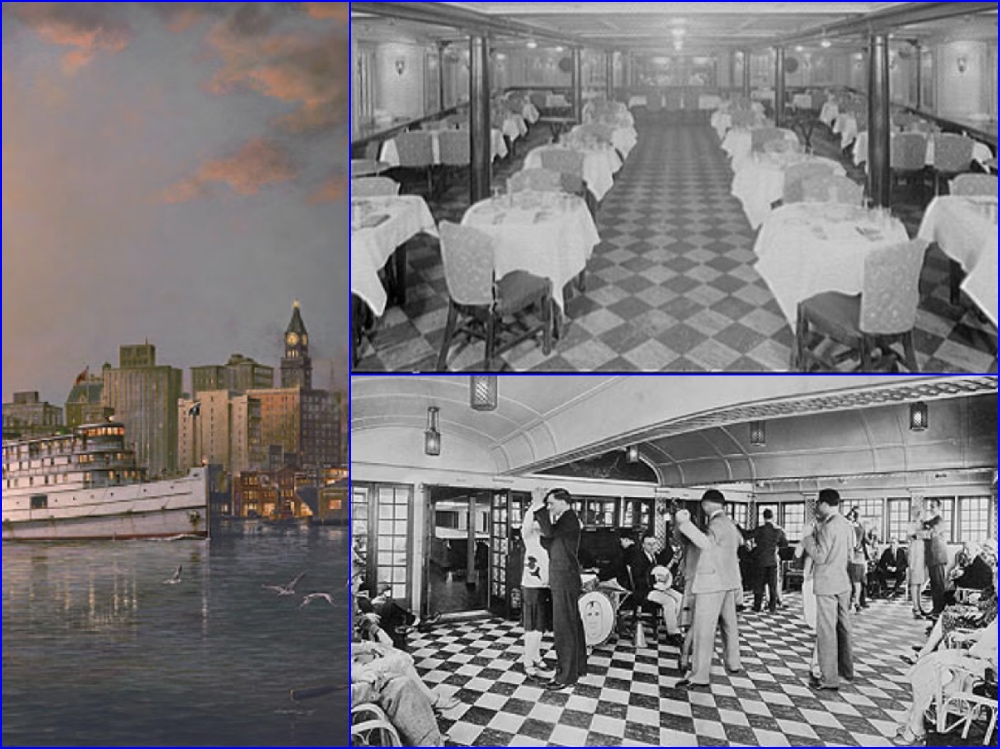 There are not very many of us today who can remember sailing on the Old Bay Line, but it was a tradition I fondly cherished. Those were the ‘Good Old Days!’ 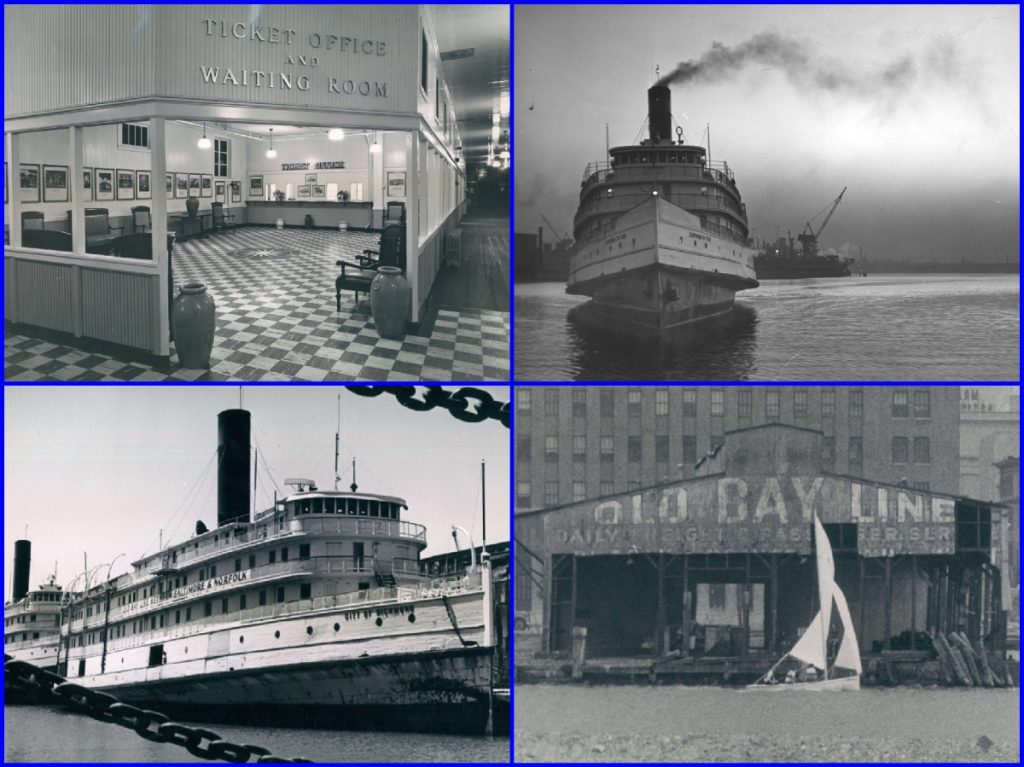 The Old Bay Line had three ships when service ended in 1962. The City of Richmond was sold but sank while being towed off North Carolina in 1964. The City of Norfolk was scrapped in 1966. The District of Columbia was renamed Provincetown with plans to use it as a restaurant, but it suffered fire damage and sank in the early 1970’s.