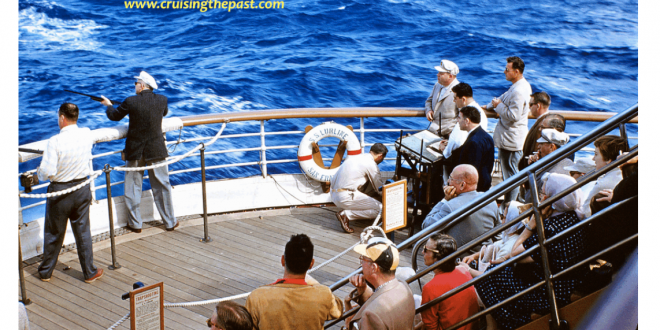 70 Years ago this week, Matson Line’s refurbished SS LURLINE  had sailed from San Francisco and Los Angeles on her maiden post-WW 2 voyage to Hawaii. 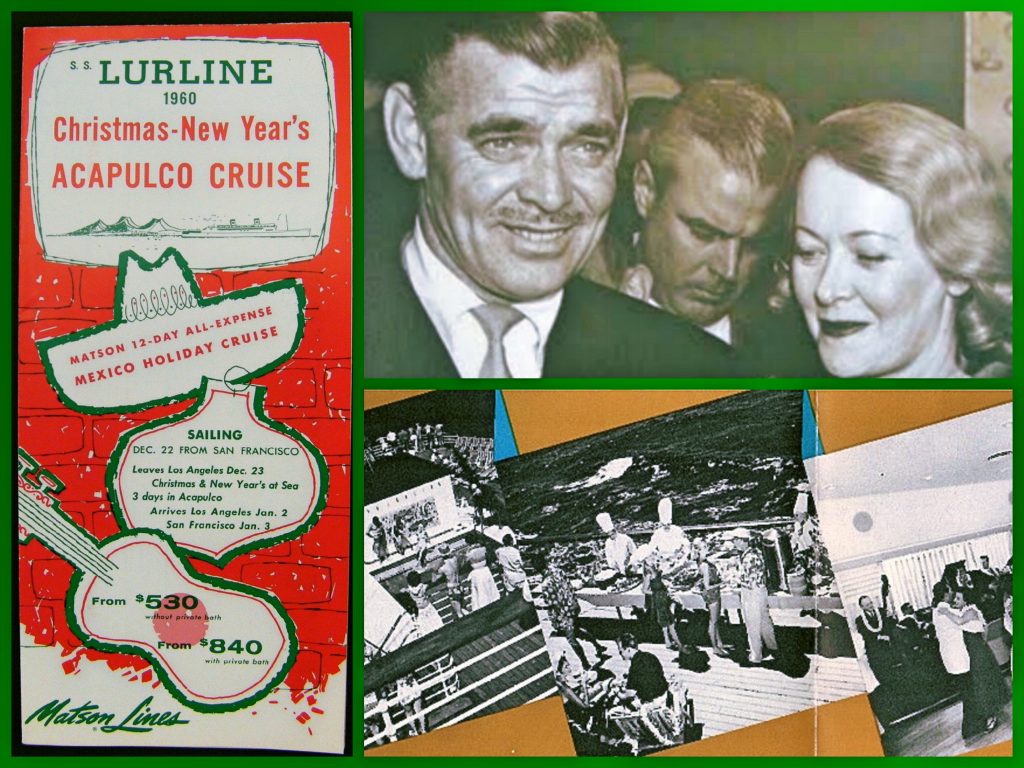 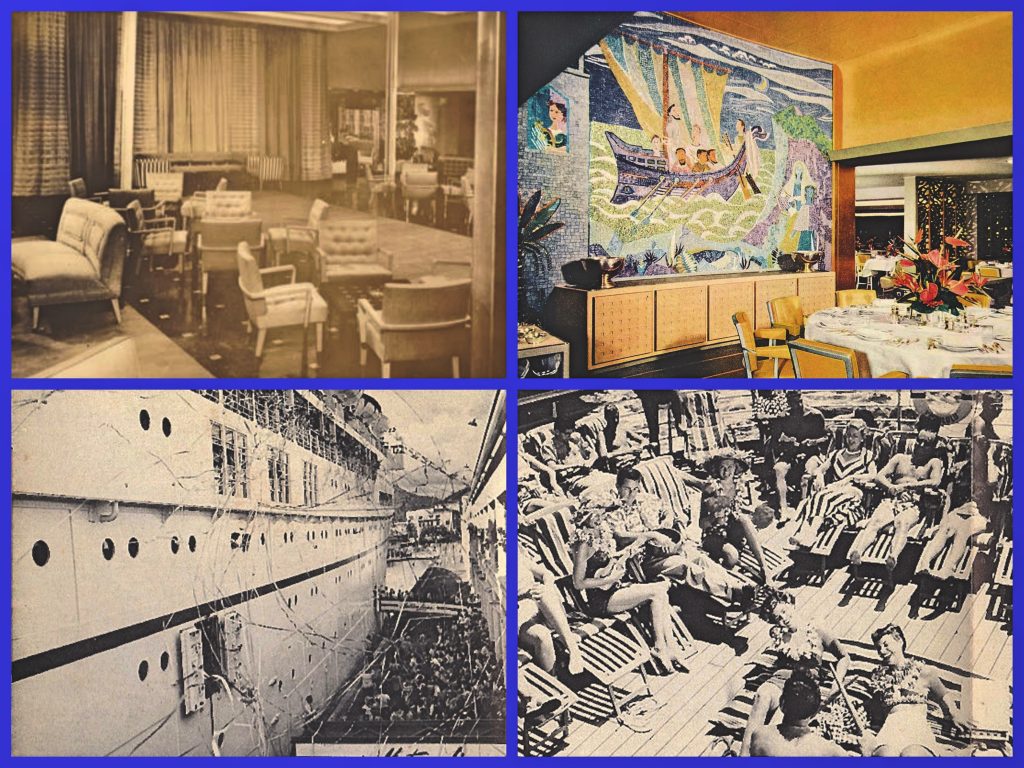 The Main Lounge for movies, bingo and lectures; The Coral Dining Room; Poolside Sun Deck: Sailing on the Lurline with streamers, bands and farewell parties. None of this exists today. 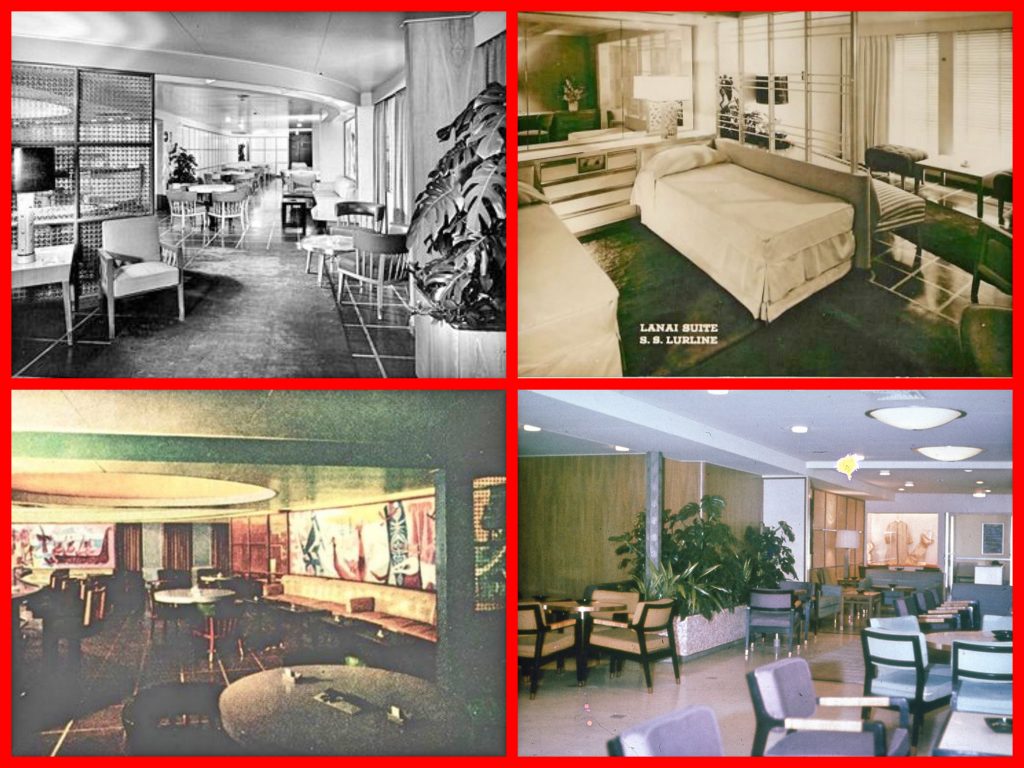 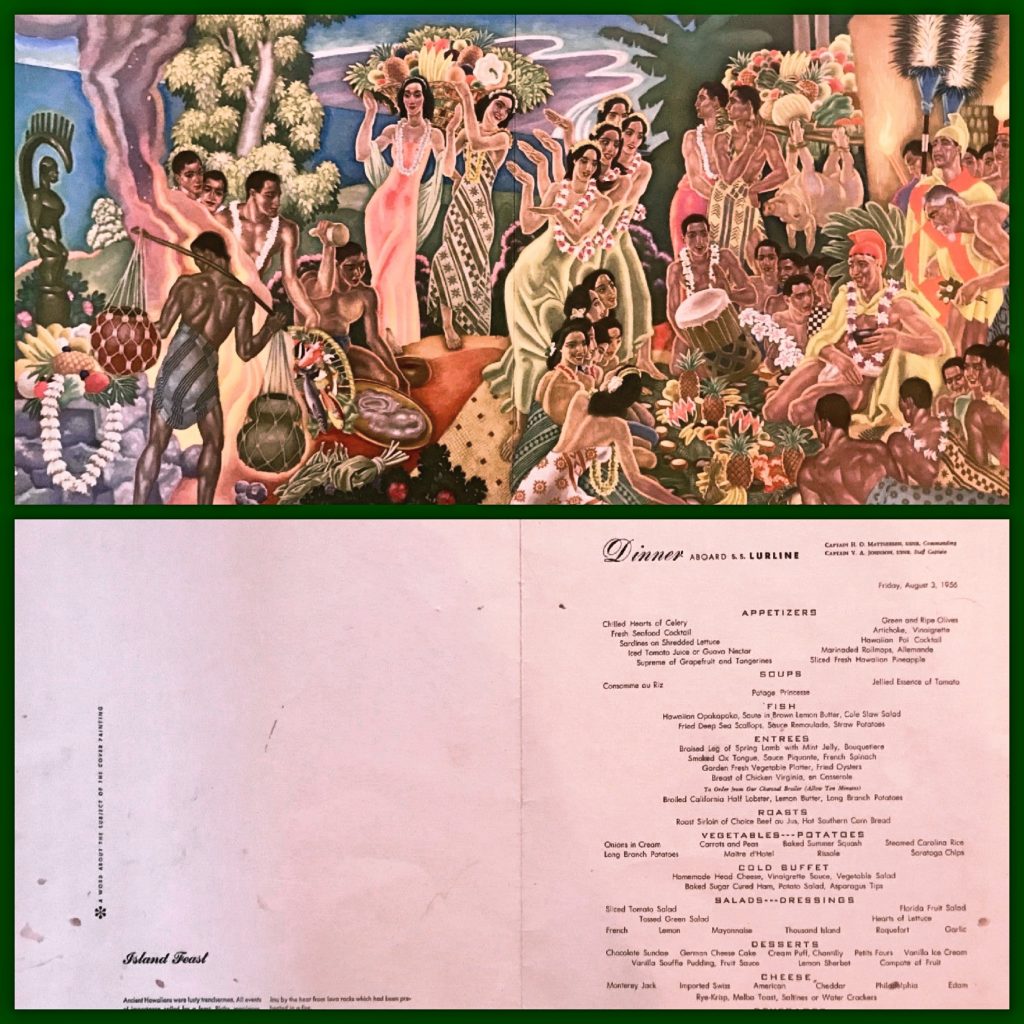 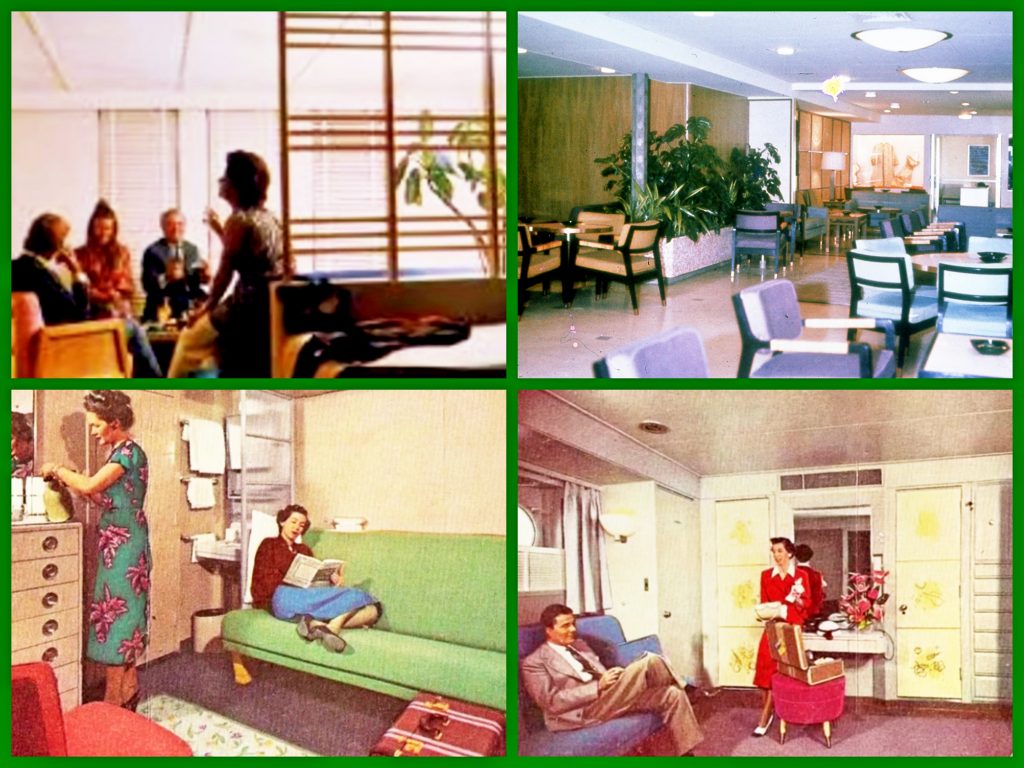 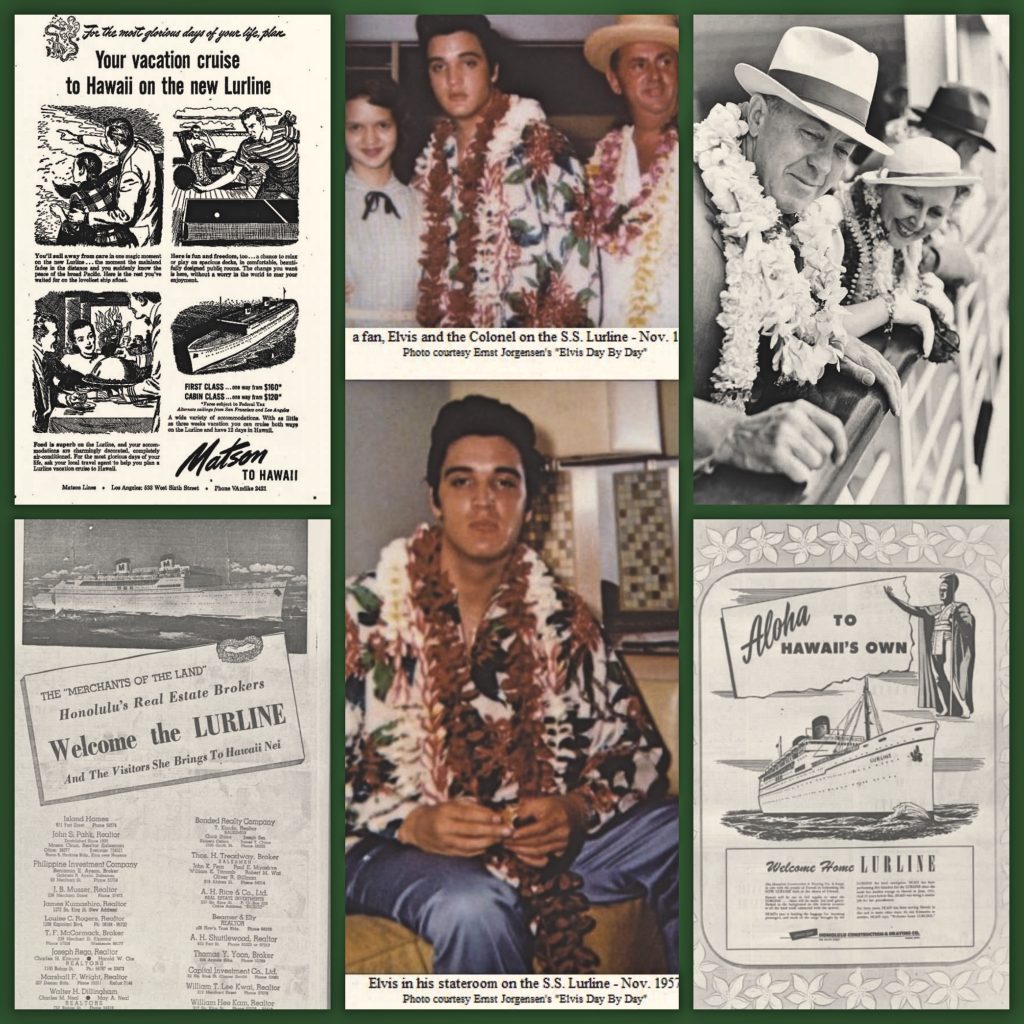 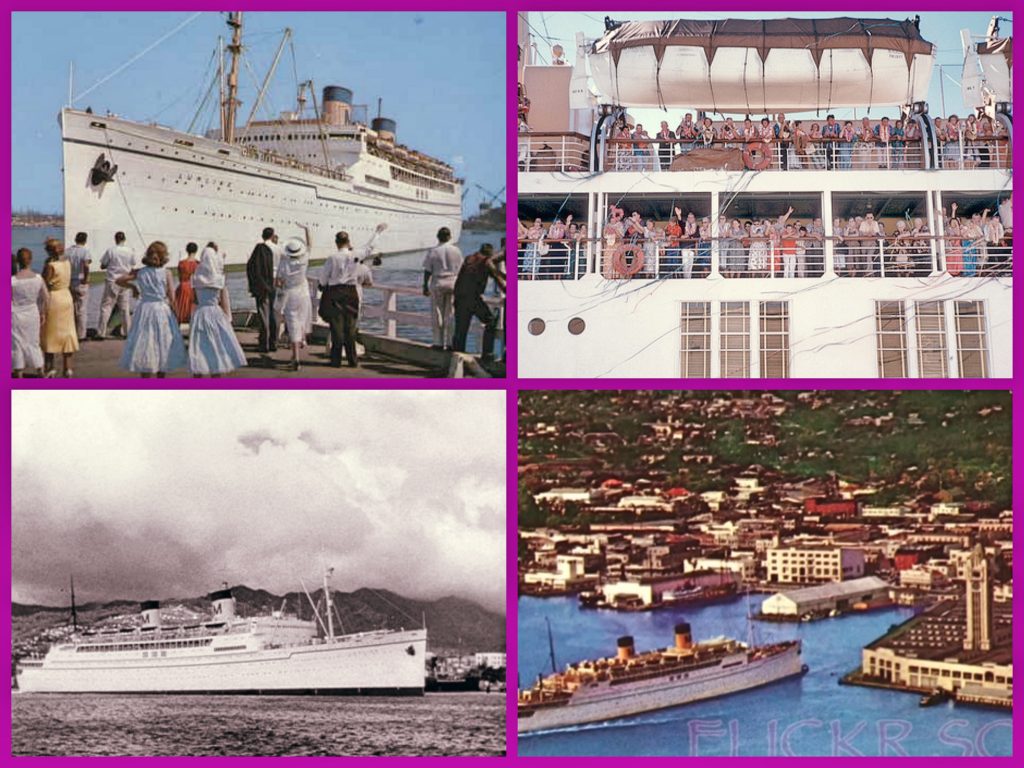 The flagship of Matson’s passenger fleet had just emerged from a stunning $18-million makeover, following six years as a troop carrier with her white ship sisters, MARIPOSA, MONTEREY and MATSONIA.

The Lurline was the Queen of the Pacific and her arrival in Honlulu was greeted with great fanfare.

Movie Stars from Clark Gable, Janet Leigh to Elvis Presley would sail aboard the gracious big white ship until her retirement in the early 1960s.