LATEST
Home > ALL POSTS > The KENNEDYS, OLYMPIC TEAMS and STARS sailed aboard the SS Manhattan during the 1930s. 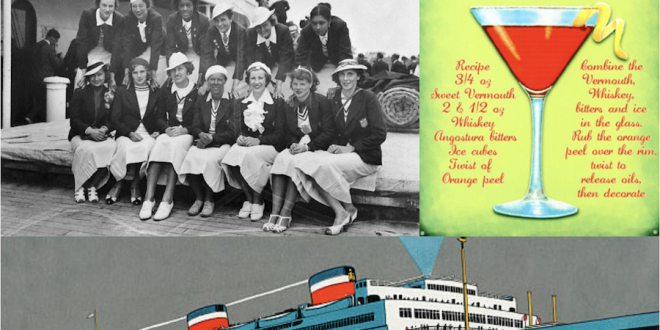 The KENNEDYS, OLYMPIC TEAMS and STARS sailed aboard the SS Manhattan during the 1930s. John F. Kennedy and Kennedy family aboard the SS Manhattan. Marlena Dietrich on the SS Manhattan along with other distinguished passengers. The favored cocktail aboard ship. The Manhattan. USA 1936 Olympic Women’s swim team heading to Berlin on board the SS Manhattan. Cabin Class Bar, with modern chairs for the times, and a stateroom. SS Manhattan aground off Palm Beach.