LATEST
Home > ALL POSTS > The elegant MS VICTORIA cruised out of New York. 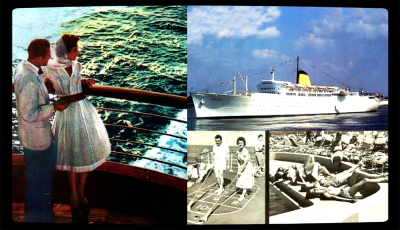 The elegant MS VICTORIA cruised out of New York. 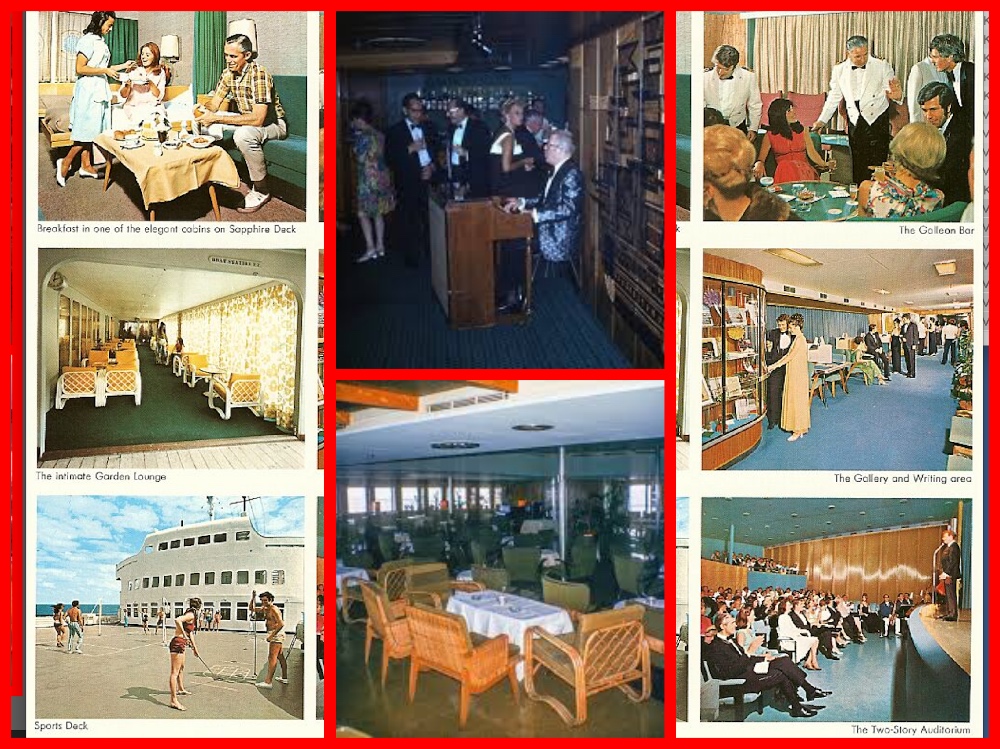 The VICTORIA was built by Harland and Wolff of Belfast in 1936 for Union-Castle Line as the DUNNOTTAR CASTLE for the company’s round Africa service from London. 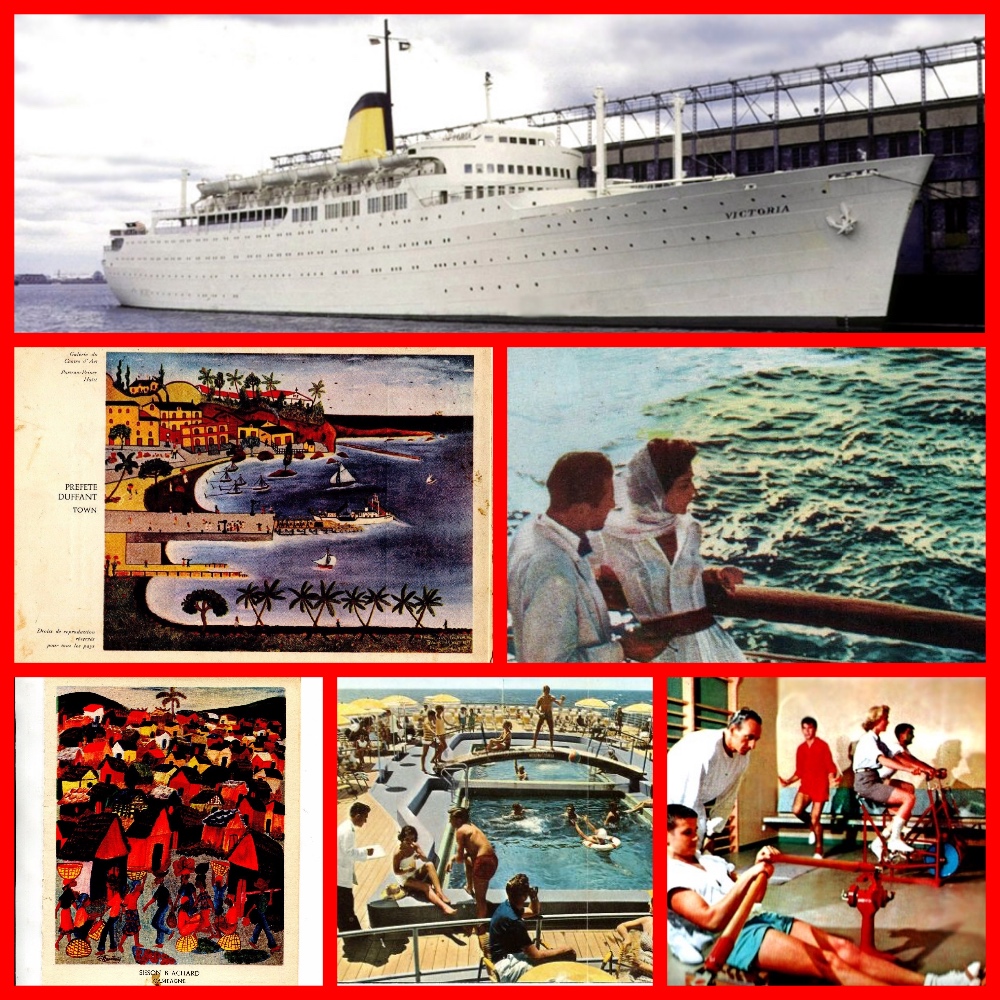 The VICTORIA in New York, Menu Covers, and life onboard.

Completed in December 1959, the VICTORIA having undertaken her deep-sea trails which proved that she was capable of a good 21 knots, she was delivered to her owners and she undertook her first Mediterranean cruise on December 14, which was followed by a European cruise. 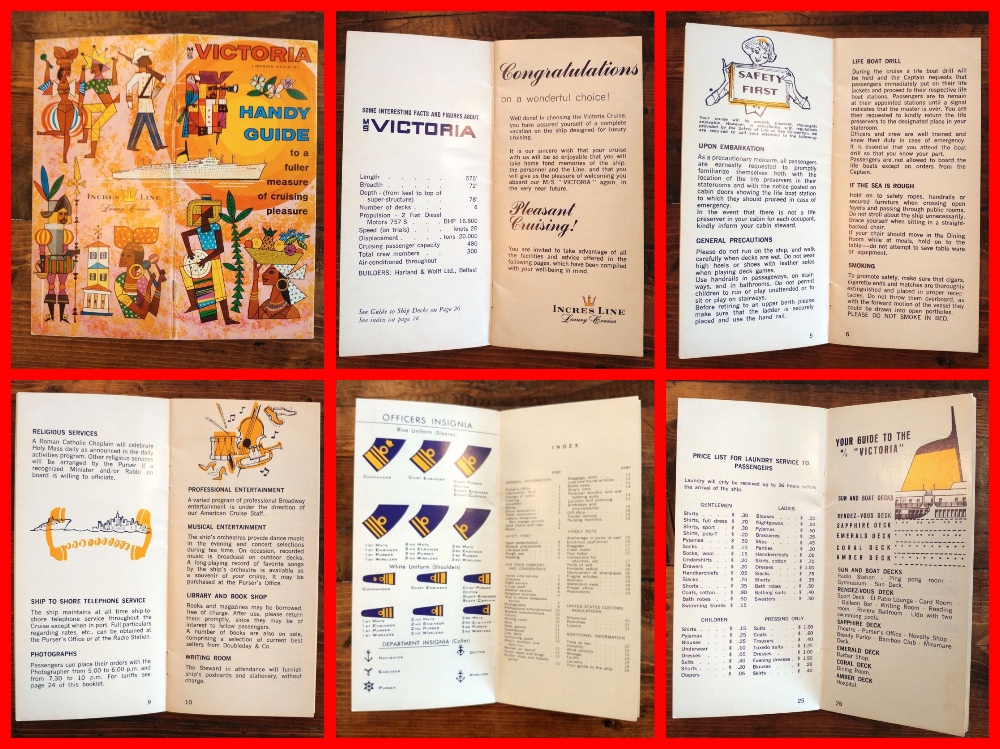 She then departed on January 14, 1959, on a crossing from Rotterdam to Southampton from where she undertook her maiden Mediterranean cruise. Upon her return, she departed Southampton on January 8, 1960, and sailed on a positioning voyage to New York, but made a call at Le Havre on the way. 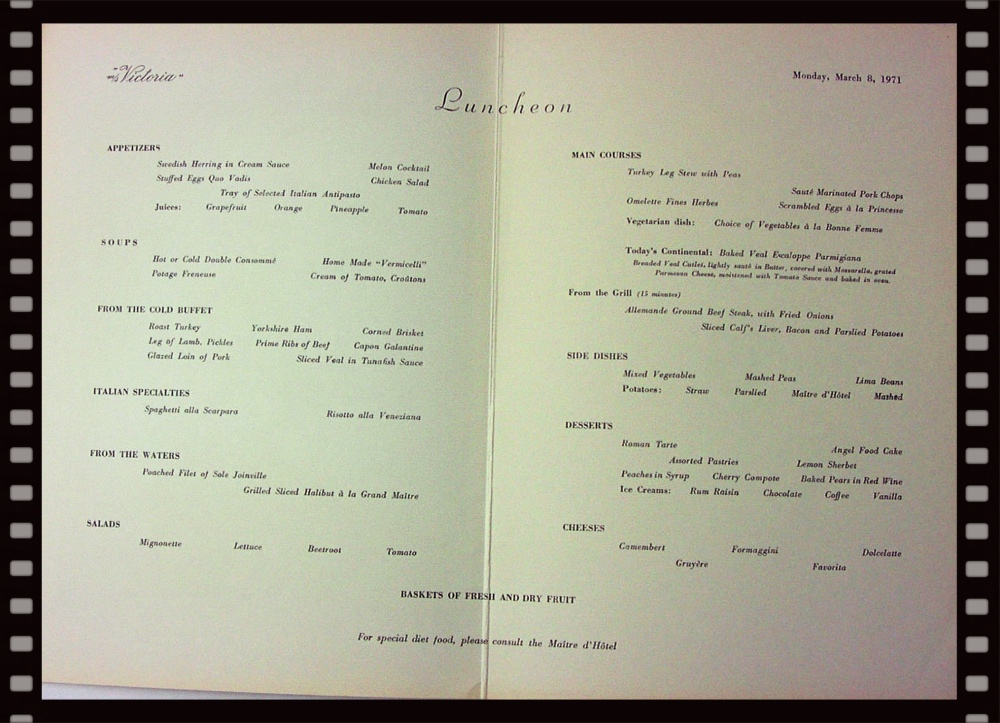 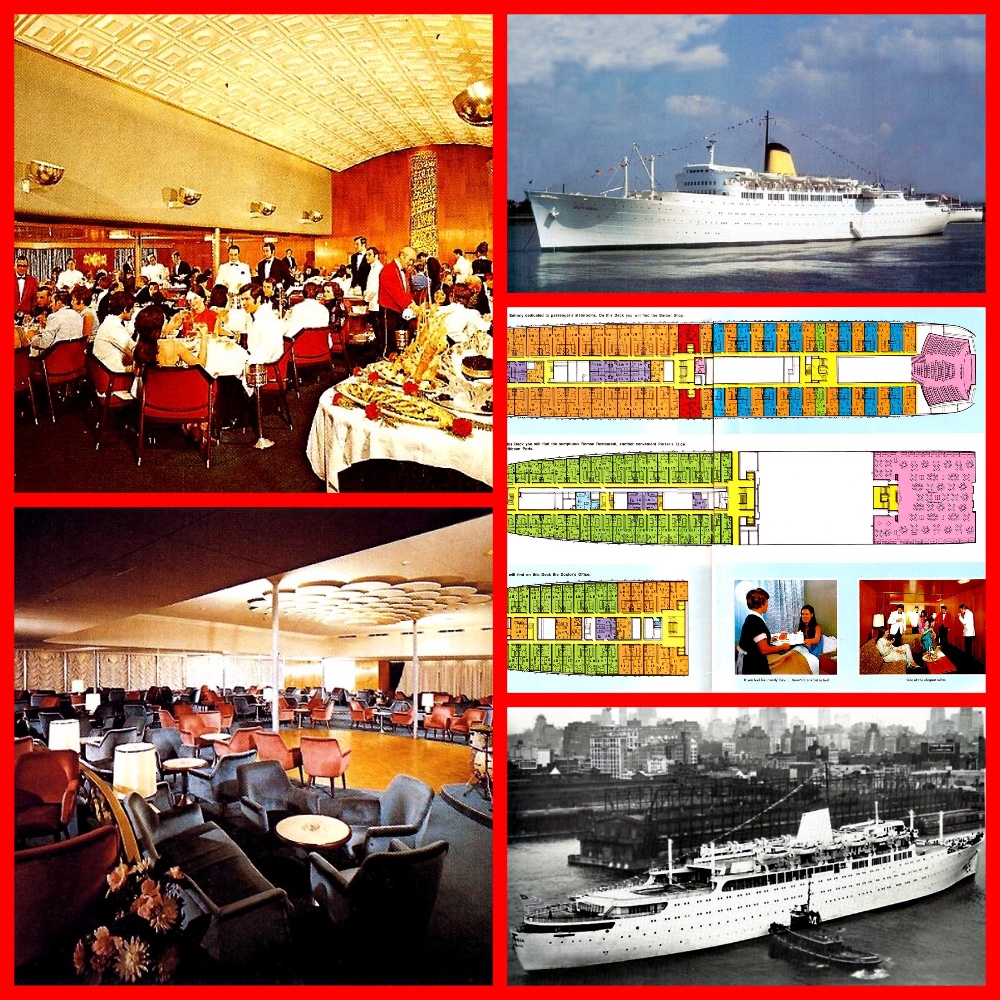 Her superb décor was created by leading Italian designer Gustavo Pulitzer who gave the MS Victoria a whole new quality and style for a modern cruise ship in the early sixties. 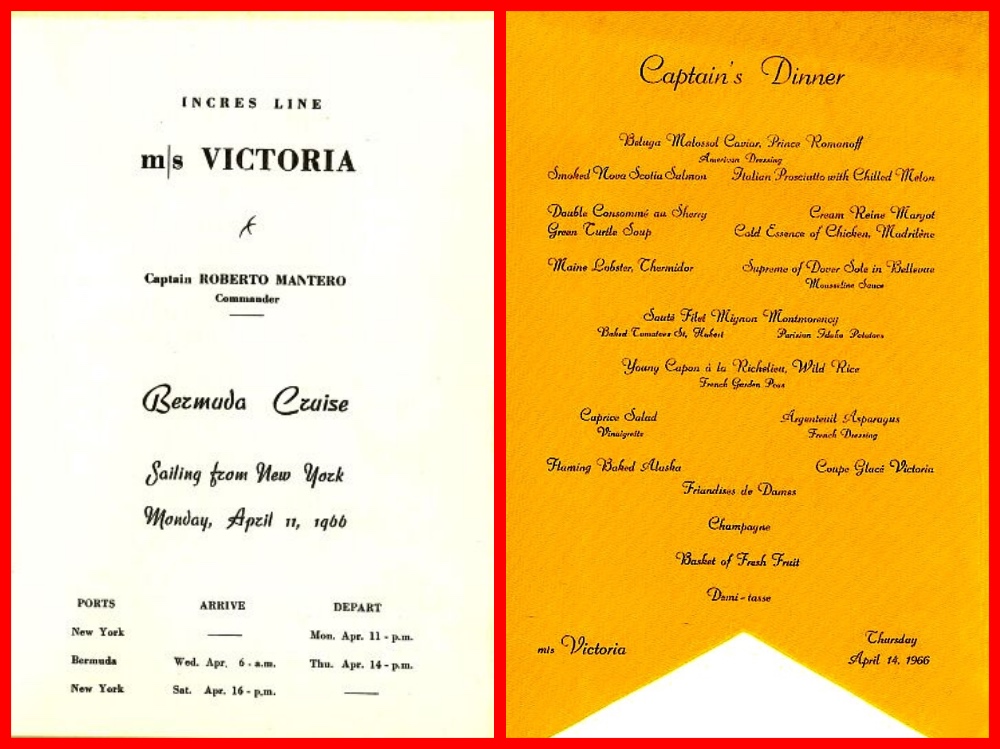 On Coral Deck was the superbly domed Roman Restaurant and this was one of the grandest venues aboard. It had a bandstand located on the aft wall high up, and the venue was superbly timbered. 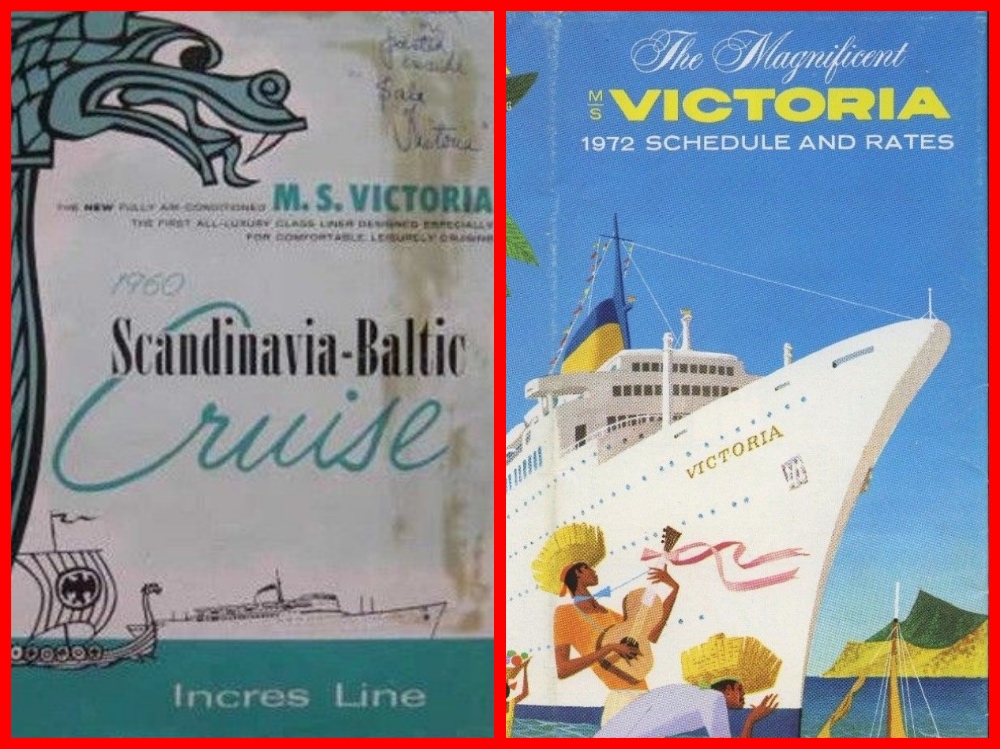 This grand venue offered special lighting features that gave the Roman Restaurant that spectacular style and lighting could be changed to fit the mood of the event and the meal! The forward timber wall had a huge ceramic sculpture that soared high up the two levels.

Like many other cruise ships, VICTORIA was a victim of the fuel crisis and high operating costs. Incres Line went out of business 1975, and the VICTORIA was sold to Chandris Cruises.