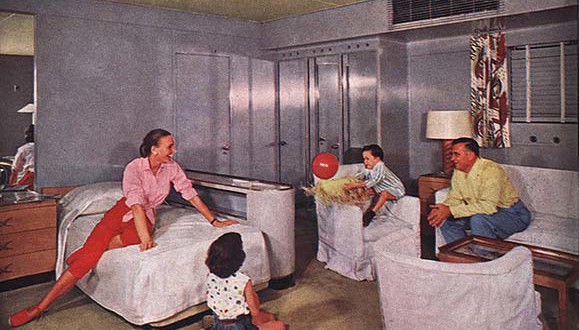 Evenings had their beginnings in the ship’s dining room and then were continued in the Grand Lounge while the band played – or on warm, tropical evenings at poolside. Her sister vessels, DEL SUD, and DEL MAR, followed on 28th March 1947 and 13th June 1947 respectively. Once in service, the three-passenger/cargo liners maintained a regular schedule of two sailings per month from U.S. Gulf ports to the Caribbean and South America.