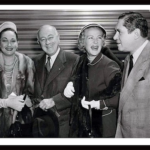 As president of the Ringling Bros. Barnum & Bailey during the heyday of the famed Big-Top and traveling circus which will have its final performance tonight in Long Island, New York, John Ringling North received a rather modest salary.  But what North might have been lacking the substance of a ... END_OF_DOCUMENT_TOKEN_TO_BE_REPLACED 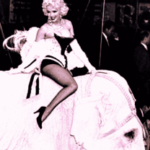 John Ringling North knew that every season was vital to the circus to open its season at New York’s Madison Square Gardens, not only because of the big box office but because of the national media attention. Opening night would always benefit a charity with stars such as Marylyn Monroe, ... END_OF_DOCUMENT_TOKEN_TO_BE_REPLACED