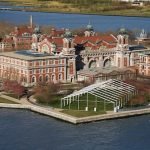 Immigrants to America… ELLIS ISLAND HISTORY – IMMIGRANTS TO AMERICA The great steamship companies like White Star, Red Star, Cunard and Hamburg-America played a significant role in the history of Ellis Island and immigration in general. The German liner Imperator carried many immigrants in steerage. While most immigrants entered the ... END_OF_DOCUMENT_TOKEN_TO_BE_REPLACED

The SS United States and the latest Range Rover have a lot in common. 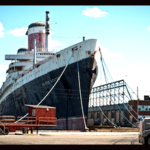 The SS United States and the latest Range Rover are both made in large part from aluminum, in order to save weight without sacrificing strength. Both can draw connections to the military; Land Rovers have served with the British armed forces, as well as other armies around the globe, for ... END_OF_DOCUMENT_TOKEN_TO_BE_REPLACED 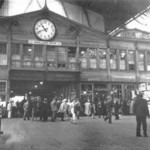 Southern Pacific’s OAKLAND PIER in the 1950s… The Oakland Long Wharf, later known as the Oakland Pier or the SP Mole was a massive railroad wharf and ferry pier in Oakland, California located at the foot of Seventh Street. Ferry approaches San Francisco in 1941. The recently completed San Francisco-Oakland Bay ... END_OF_DOCUMENT_TOKEN_TO_BE_REPLACED

THE LOVE BOAT – The hit TV series was a major cultural phenomenon from the 1970s into the 1980s.  The TV show altered the style of cruising by ship. Jeraldine Saunders, a former cruise director, was the woman who revived the cruise industry with her book — The Love Boats. ... END_OF_DOCUMENT_TOKEN_TO_BE_REPLACED

HISTORY OF THE HOLLAND AMERICA LINE

HISTORY OF CRUISING – FROM THE 1830s TO THE LOVE BOAT

HISTORY OF CRUISING – FROM THE 1830s TO THE LOVE BOAT: History of Cruising – Cruise Ship History The earliest ocean-going vessels were not primarily concerned with passengers, but rather with the cargo that they could carry. Black Ball Line in New York, in 1818, was the first shipping company ... END_OF_DOCUMENT_TOKEN_TO_BE_REPLACED