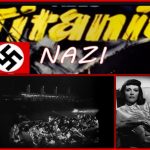 The strange tale of the banned World War II Nazi German TITANIC epic on the most famous ship of all time. Before James Cameron’s 1997 blockbuster Titanic, the Hollywood Titanic of 1953, the 1958 British film A Night to Remember, and the 1997 Broadway musical Titanic – there was the ... END_OF_DOCUMENT_TOKEN_TO_BE_REPLACED

WHO OWNS THE REMNANTS OF THE RMS TITANIC? Cruise History – The sinking of the RMS Titanic has captured the imagination of the world for decades. Because of that interest anything associated with the ship takes on additional weight. An ongoing legal battle over ownership of the remnants of the ... END_OF_DOCUMENT_TOKEN_TO_BE_REPLACED