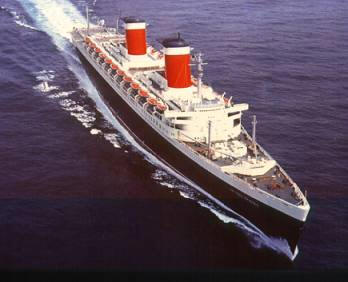 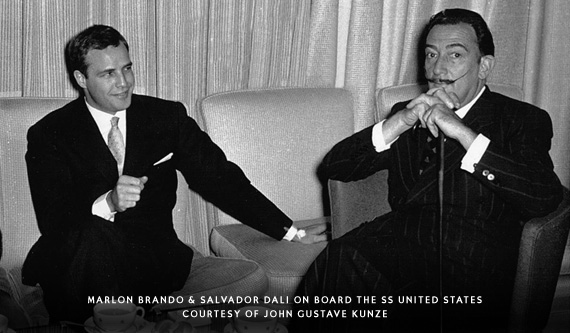 Marlon Brando with Salvado Dali aboard the S.S. United States… 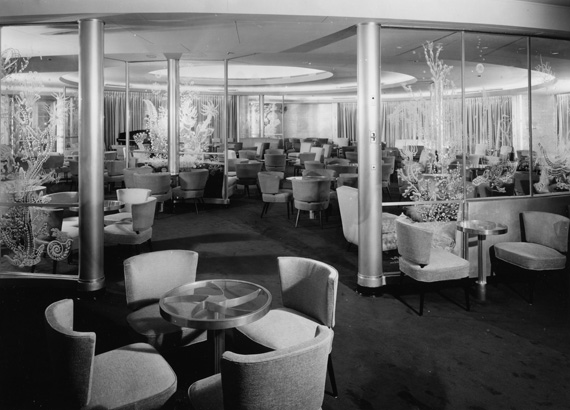 But this was not my class, dear, as the British are fond of saying. My cabin was in bilge class, down on the bottom deck not far from the engine room. But for an upstart American in her early 20s, a stateroom four levels below the first deck with portholes meant I had arrived — where I was not clear.

But I knew I had to upgrade my status to have a freer run of the ship. Even before the United States left port, I had checked out first class, second class and the decks, so that my face would be familiar to the crew. As soon as the liner’s horns blew farewell to England and we started out to sea, I had parked myself in a deck chair in first-class along with my cabin mate, a young English woman traveling to America for graduate studies. 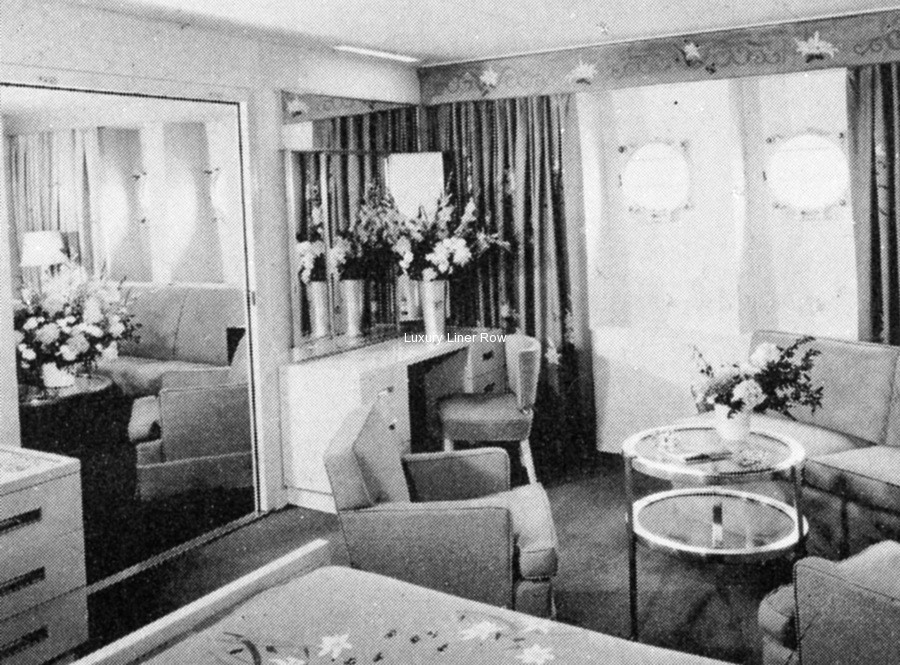 She was up for the game, which started immediately when we were asked to leave first class. Somehow we managed to charm our way into staying put in our deck chairs, wrapped in elegant woolen blankets. And then we met someone I’ll call Martin.

He was a distinguished man of the world who moved in circles far from our small orbits. But Martin was a closet rebel at heart, it turned out, and had an outrageous sense of humor.
Bored with the ship’s class divisions and decorum, Martin invited us to dinner in the first class dining room, where many of the men wore black tie and the women formal dresses. We stowed the jeans and did the best we could to look upscale, which was a stretch, but Martin eased our way by showing up in a dress shirt with no tie.
The maitre d’ did not want to let us into the dining room, but Martin prevailed and it was clear to us that he was somebody, even as the waiters looked somewhat appalled at our total violation of the ship’s dress code.

Unspoken were the rules Martin laid down — first names only, no discussion of who we were in our lives beyond the ship and no questions asked. He did tell us he was traveling with his wife, whom he called a less polite version of the “old biddy.”

And so for the rest of our evenings on the ship we were first-class crashers as the dinner guests of the mysterious Martin, who delighted in breaking the rules.

As the ship entered New York Harbor, I happened to run into one of the first-class waiters who asked if I knew the identity of our elegant host. I wasn’t sure I wanted to know, but he told me we had been wined and dined by one of the world’s most famous jewelers. His name was synonymous with opulence, power, and discretion.

I never saw Martin again. But I look back on those five days on that luxury liner as a re-entry capsule for me to my New York roots and Martin’s insouciance as a reminder of what I had missed about America. He was the perfect dinner companion for the trip home.

Roz Liston is the esteemed editor of the TimesLedger.