LATEST
Home > ALL POSTS > SS United States to be scrapped… 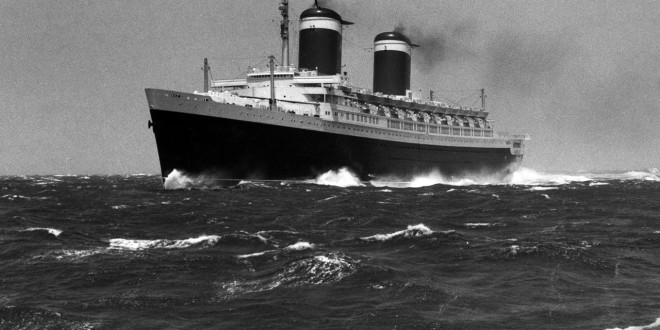 SS United States sent to the scrapheap by US Government...

SS United States to be scrapped…

But the famed liner, which still holds the speed record for a crossing between the US and Britain by a passenger ship, now faces its final journey – to the scrapyard. The SS United States Conservancy organisation can no longer afford the $60,000 a month it costs to dock the ship on the Delaware River in Philadelphia, where it rests, empty and rusting.

The group had planned to turn the ship, which is nicknamed the Big U, into a real estate development for New York’s waterfront, which was once the ship’s home, but no investors have yet come forward.

Problem is … no buyers.

A cruise aboard the SS UNITED STATES…

Unless that changes by the end of this month, the group said, “we will have no choice but to negotiate the sale of the ship to a responsible recycler”.

In its heyday it boasted three orchestras on board and a stellar list of passengers including four American presidents: Harry Truman, Dwight Eisenhower, John F. Kennedy and a young Bill Clinton on his way to study at Oxford as a Rhodes Scholar.

Built largely using aluminum to make it lighter and faster, the SS United States is just 101 feet wide — just thin enough to be able to pass through the locks of the Panama Canal with two feet of clearance on either side.

She made her maiden voyage on July 3, 1952, crossing the Atlantic from the Ambrose lightship at New York Harbor to Bishop Rock off Cornwall.

She shattered the transatlantic speed record held by the Queen Mary for the previous 14 years, making the crossing in 3 days, 10 hours, 40 minutes at an average speed of 35.59 knots.

However, the advent of passengers jets and commercial airlines meant the age of the passenger liner died out in the 1960s, and the SS United States was retired in 1969.

It has been a battle to keep her afloat ever since.