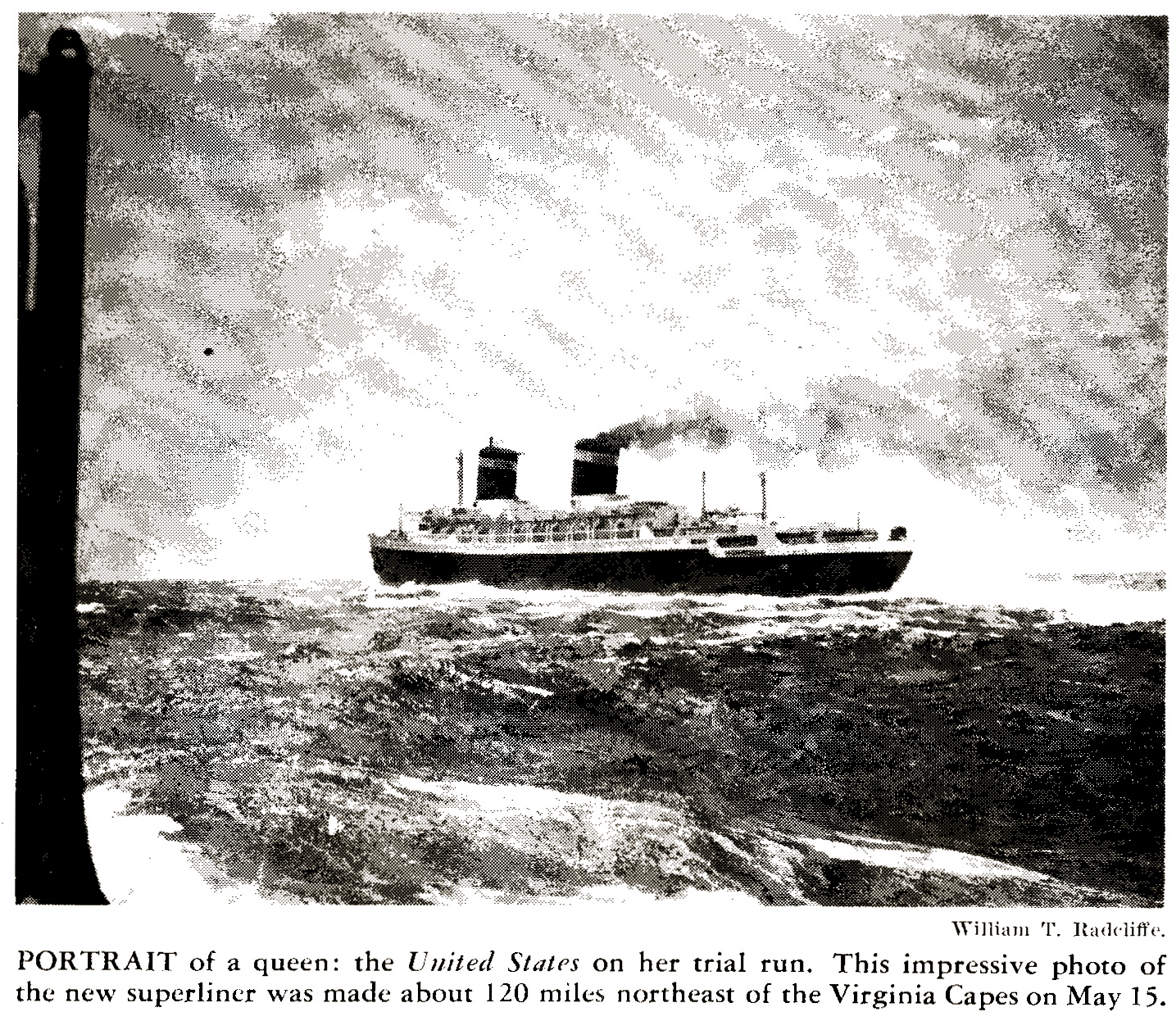 In 1952 the United States Lines advertised the July 3 maiden voyage of the new SS UNITED STATES. First Class fares started at $350 or $70 a night including deluxe accommodations, meals and transportation from New York to Europe. Similar accommodations on any trans-Atlantic ship today would be way over $350 a night. The SS AMERICA offered first class fares starting at $295. Both ships had tourist class fares for $165 or $33 a night. As Cole Porter wrote… “Times Have Changed…” 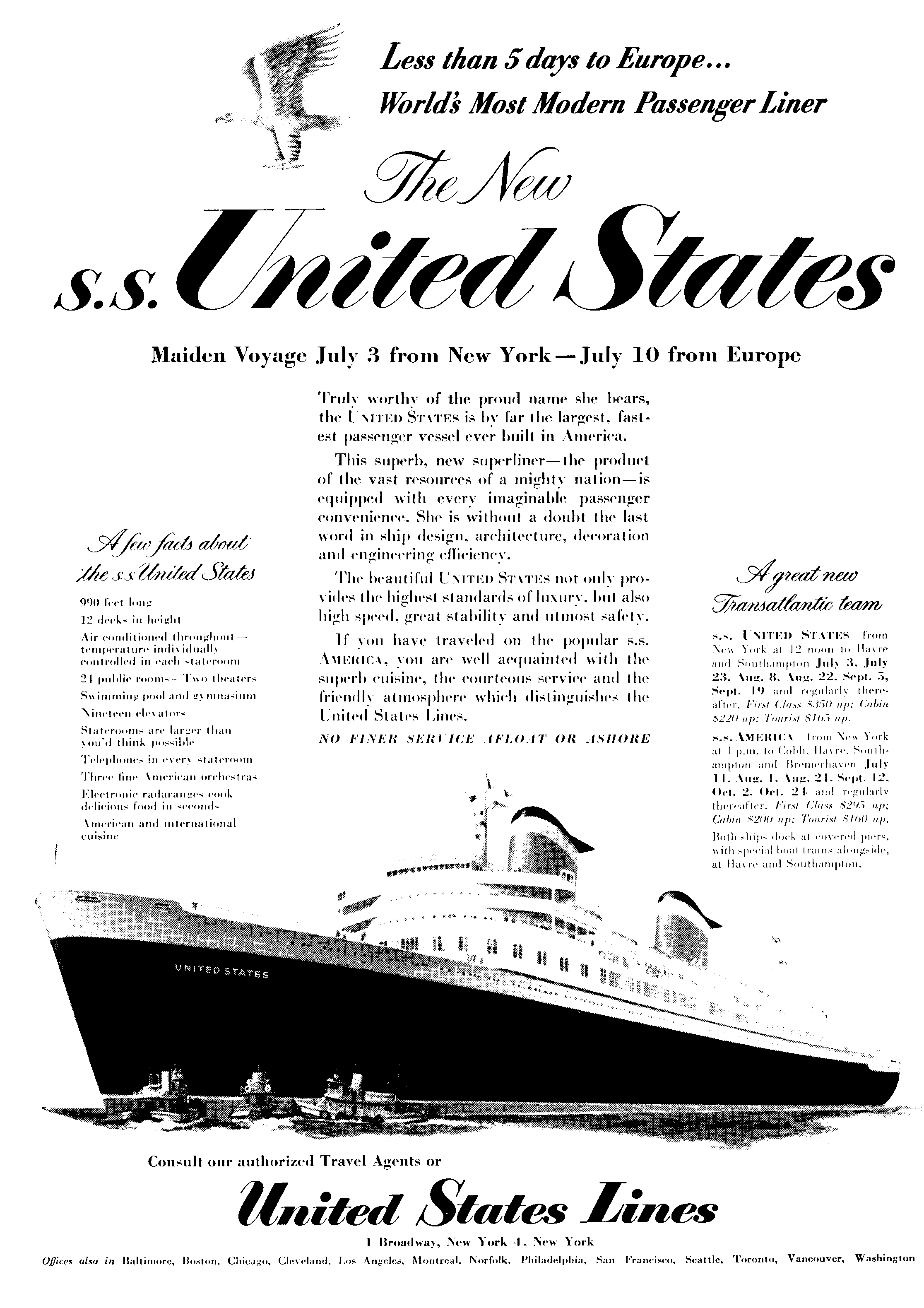