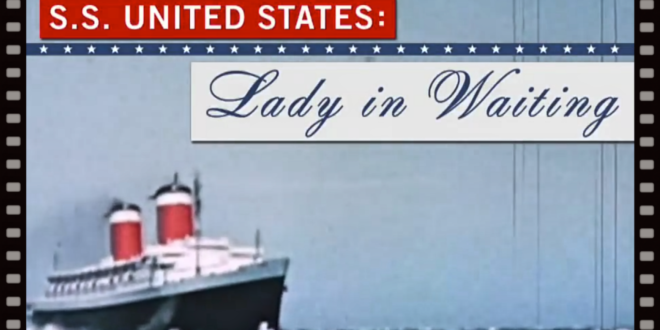 On July 3, 1952, the SS United States departed New York and proceeded to smash the speed record both east and westbound previously held by the RMS Queen Mary. Stars on the SS United States

Built at the cost of $79.4 million ($733 million in today’s dollars) the ship is the largest ocean liner constructed entirely in the US and the fastest ocean liner to cross the Atlantic in either direction. Even in her retirement, she retains the Blue Riband, the accolade given to the passenger liner crossing the Atlantic Ocean in regular service with the highest average speed. Her construction was subsidized by the US government since she was designed to allow conversion to a troopship should the need arise. The United States operated uninterrupted in transatlantic passenger service until 1969. Since 1996 she has been docked at Pier 82 on the Delaware River in Philadelphia. For more information regarding saving this great American icon read more at the SS United States Conservancy.