LATEST
Home > ALL POSTS > S.S. GREAT NORTHERN – When the San Francisco to Portland by steamship was faster than the train…

S.S. GREAT NORTHERN – When the San Francisco to Portland by steamship was faster than the train…

Cruising the Past: When going by steamship between San Francisco and Portland was faster than the train. Aboard the SS Great Northern. 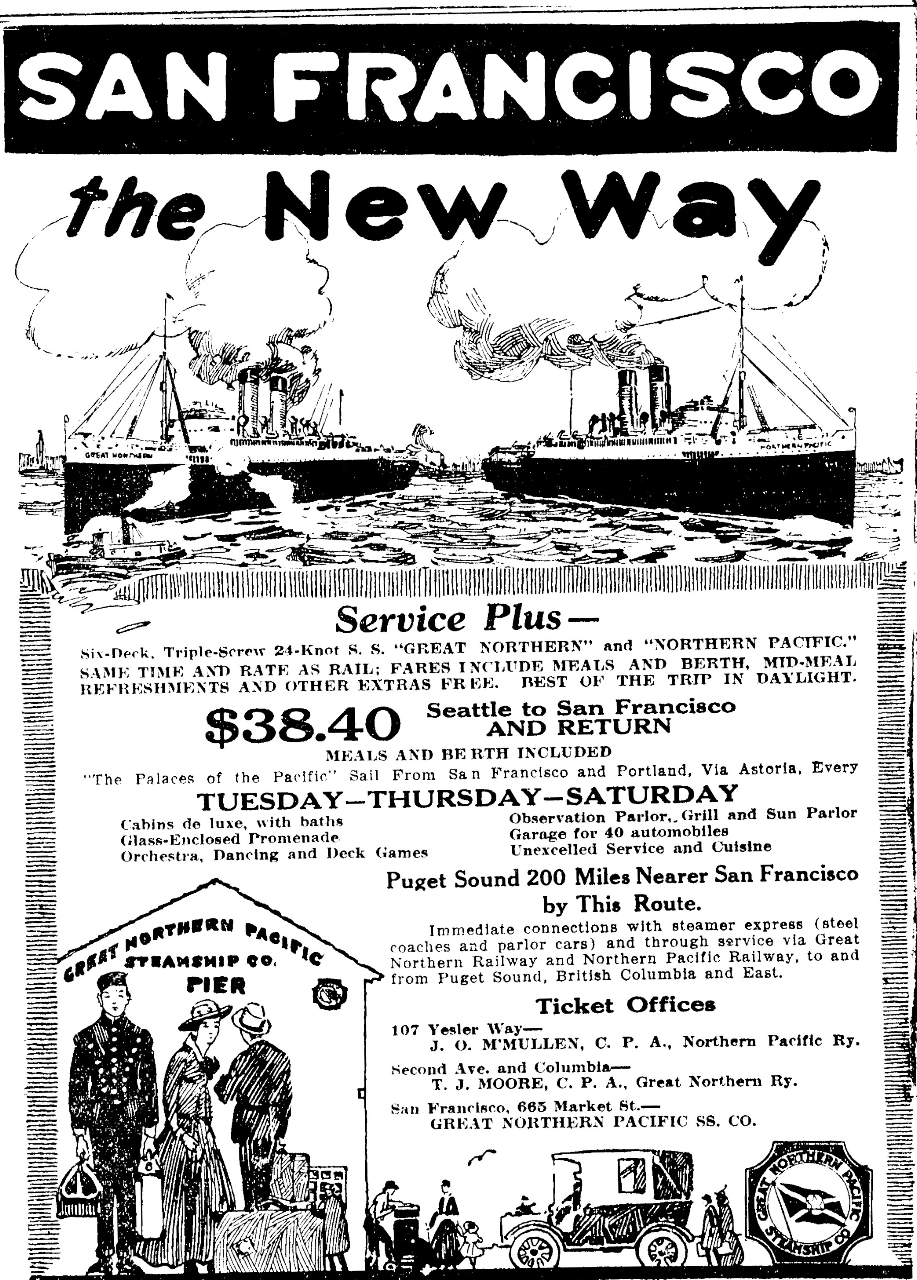 The Great Northern Pacific Steamship Company was formed by James Hill on September 30, 1914. The line was to compliment the passenger train service on the Astoria Line and compete with the Southern Pacific trains to San Francisco. The company operated two ships, the S.S. Great Northern and S.S. Northern Pacific. The ships proved faster than the SP’s express trains until bridges replaced much slower ferries. During the winter season of 1915-6, the ships also ran to Hawaii.

Eventually the service was not a success and the line was for sale when World War I intervened. The U.S. government commandeered the ships on September 17, 1917, ending the line. Both ships survived the war, but the Northern Pacific burned and sank on while being towed to be refit. The Great Northern returned to coastwise liner service for many years with the Pacific Steamship Co. as their H.F. Alexander. She was commandeered a second time for World War II, and saw duty as the General George S. Simmonds. This would be her last duty as a post-war surplus of ships left her obsolete and scrapped. 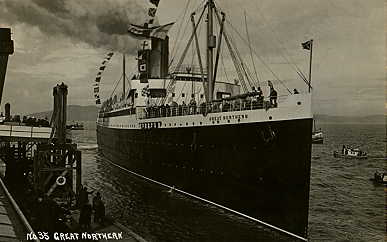 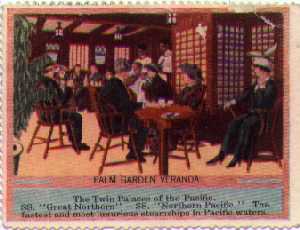 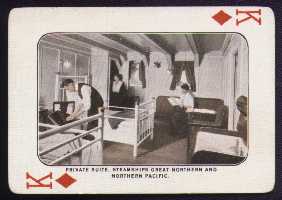 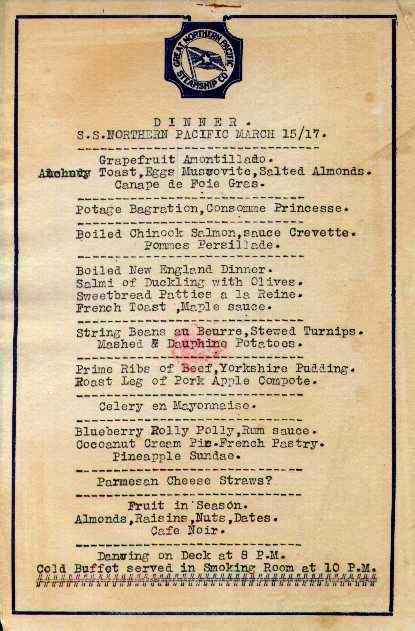