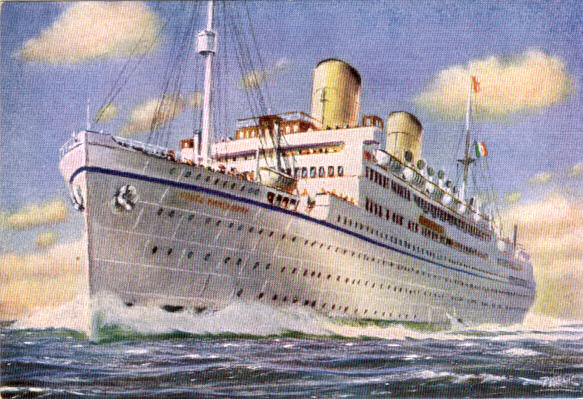 CRUISING THE PAST:  SS Conte Biancamano – Bon Voyage and Sail Away Parties from New York – 1920s and 1950s on You Tube from www.shipgeek.com. 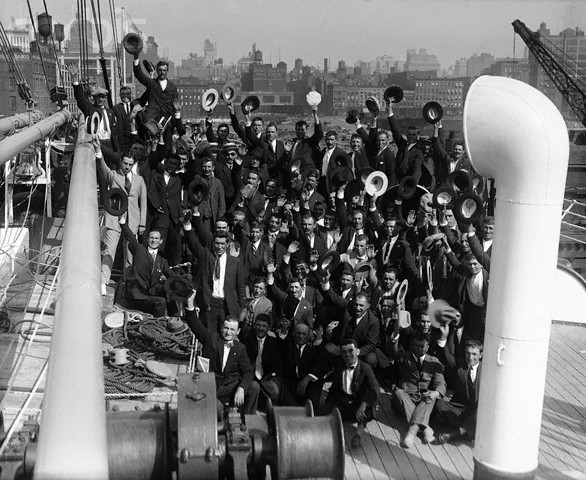 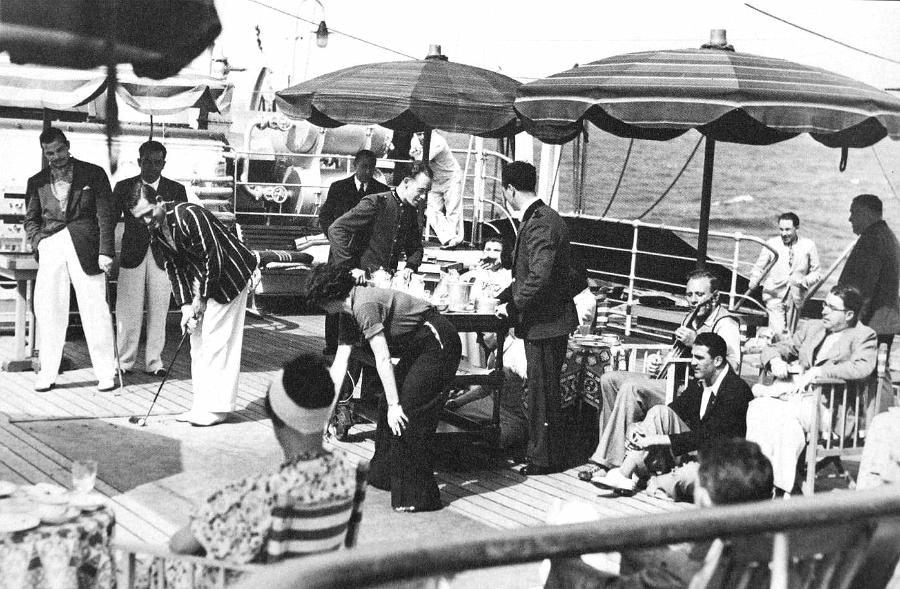 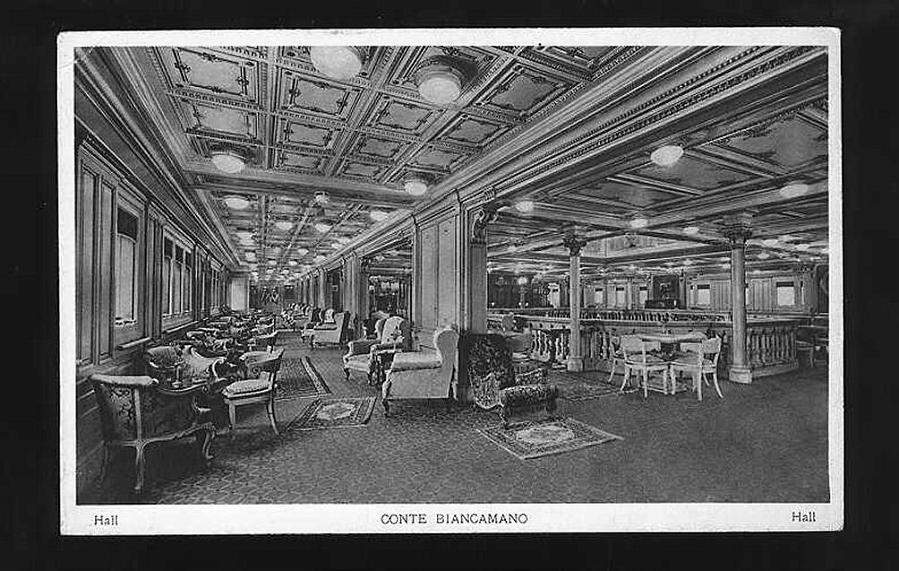 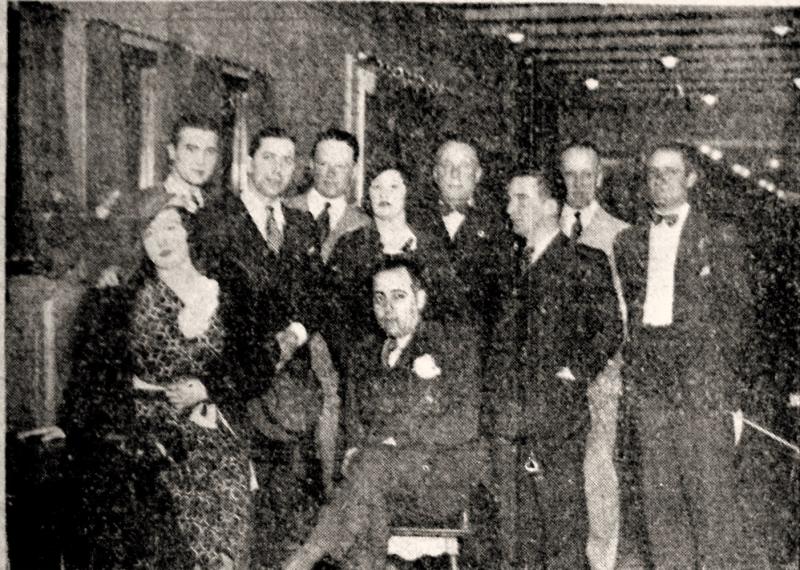