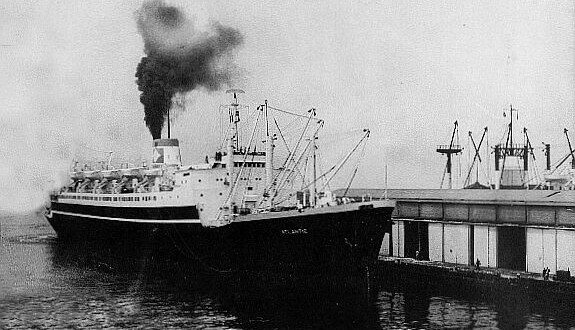 SS Atlantic departs on her maiden voyage from New York to Antwerp and Amsterdam - June 11, 1958...

Here we have some wonderful color 8mm home movies taken aboard one of the American Export Lines’ “Sunland Cruise to the Mediterranean” aboard the SS Atlantic, a lovely little midcentury vessel. American Export bought the SS Atlantic after Banner Lines was out of business. According to the scribbled notations on the original film, the itinerary included Gibraltar and Naples. Music is by the Irving Fields Trio from an LP called “Champagne and Bongos.” As always… bon voyage! 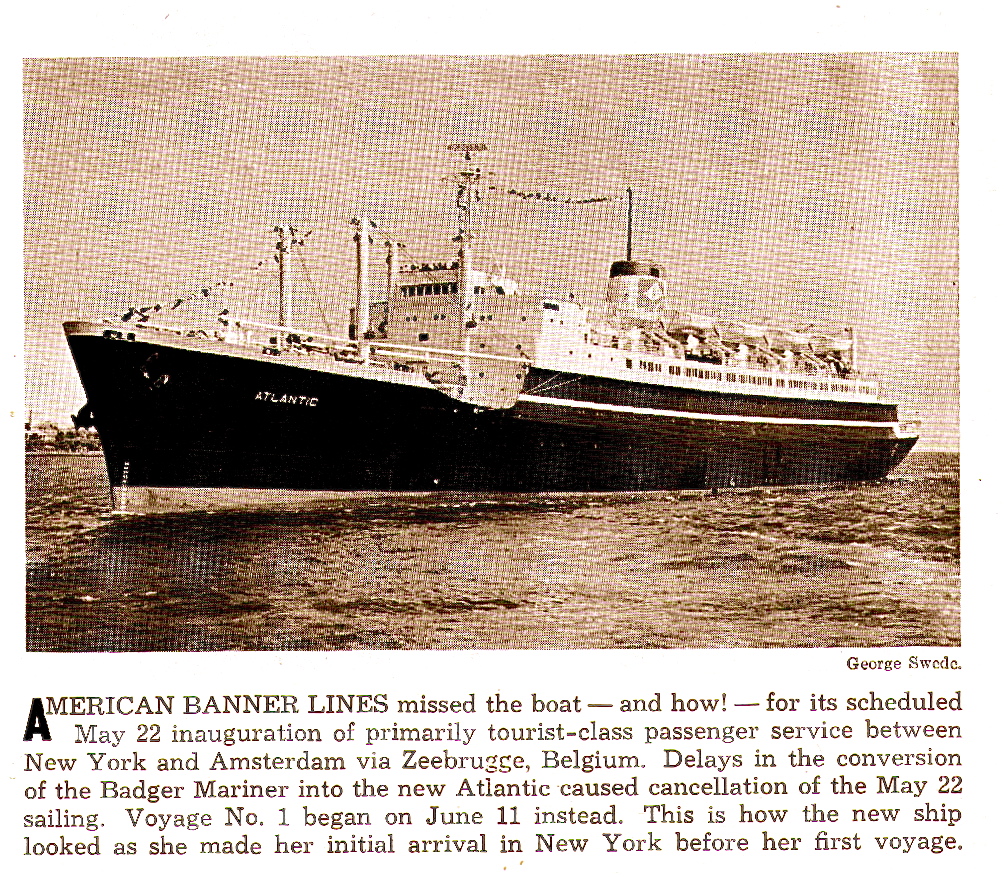 This was not the choice of American Banner Lines but because the Trans-Atlantic Steamship trade association (dominated by Cunard and the US Lines) set minimum first, cabin and tourist class fares. If the ATLANTIC had sailed without first class, the ships would have had to charge higher fares for the tourist class service — almost equal to cabin class. 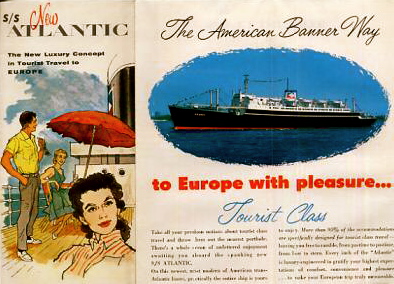 However the venture was badly timed just four months before the beginning of regular passenger jet service and was not profitable, and the ATLANTIC was withdrawn from service in November 1959 and later sold to American Export Lines.

Acquired by the American Export Lines in 1960 when the decision was made not to build their proposed CONSTELLATION. She served the AEL route as the ATLANTIC sailing from the US to the Mediterranean along with making various off-seasons cruises. She was sold to Orient Overseas Lines in 1971, and used for an at-sea college after the destruction of the SEAWISE UNIVERSITY (ex QUEEN ELIZABETH) in Hong Kong. While sailing as a university at sea… during the summer months, the ship made regular educational cruises to Alaska. 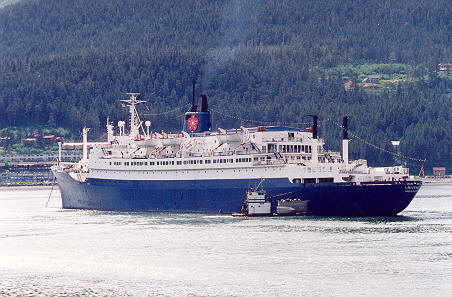 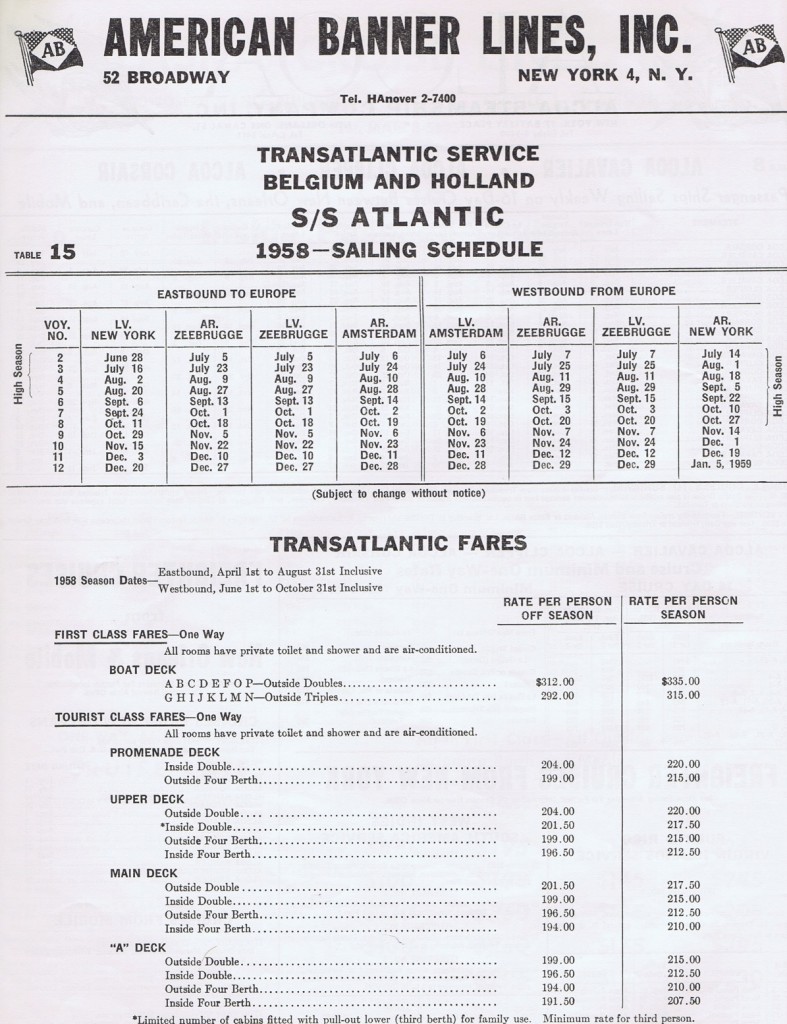