The S.S. ACAPULCO was the first passenger liner to fly the Mexican flag and commenced service from Los Angeles to Acapulco with regular cruise service in 1962. There were special connecting airfares from San Francisco, San Jose, Sacramento, and San Diego. 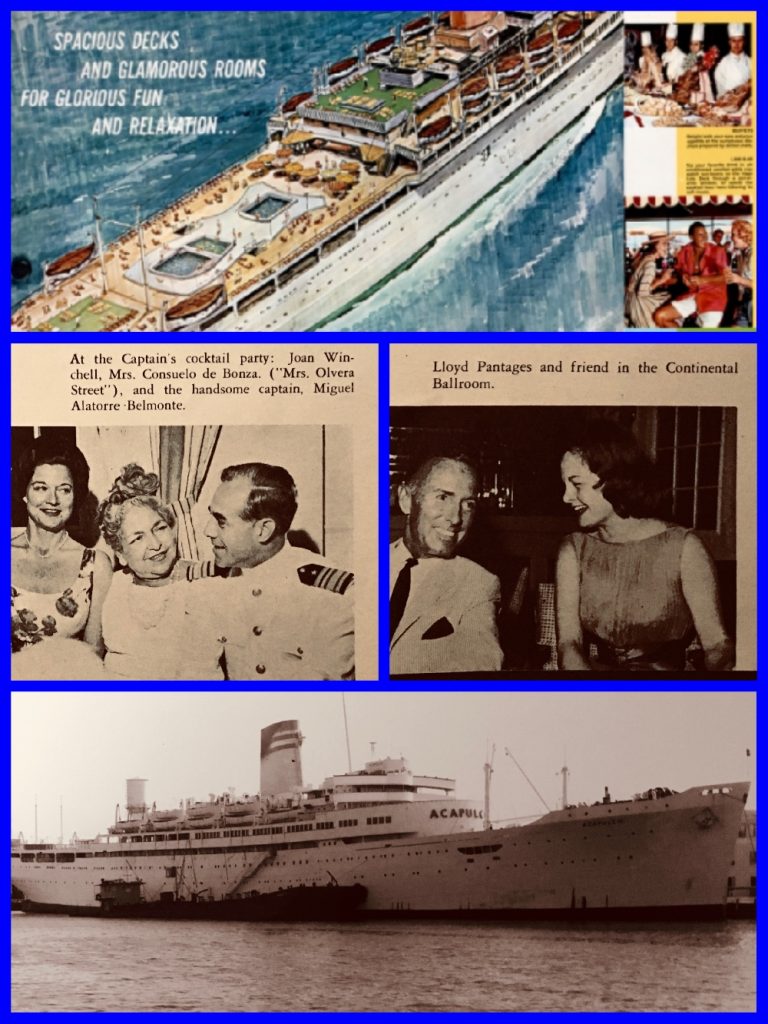 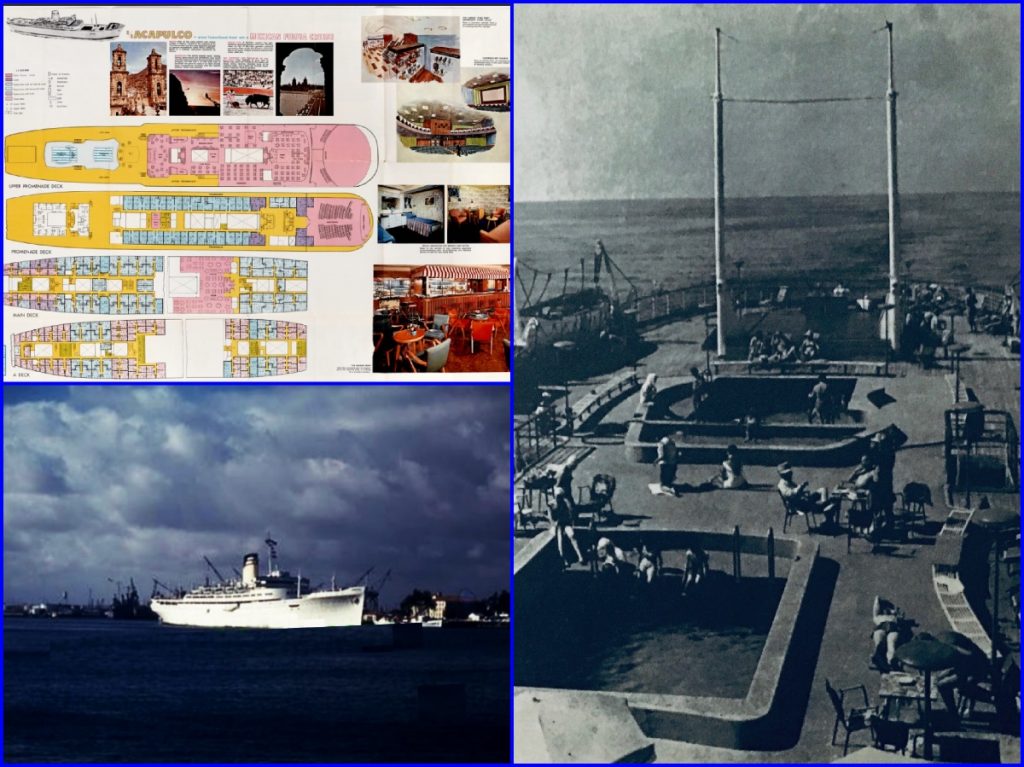 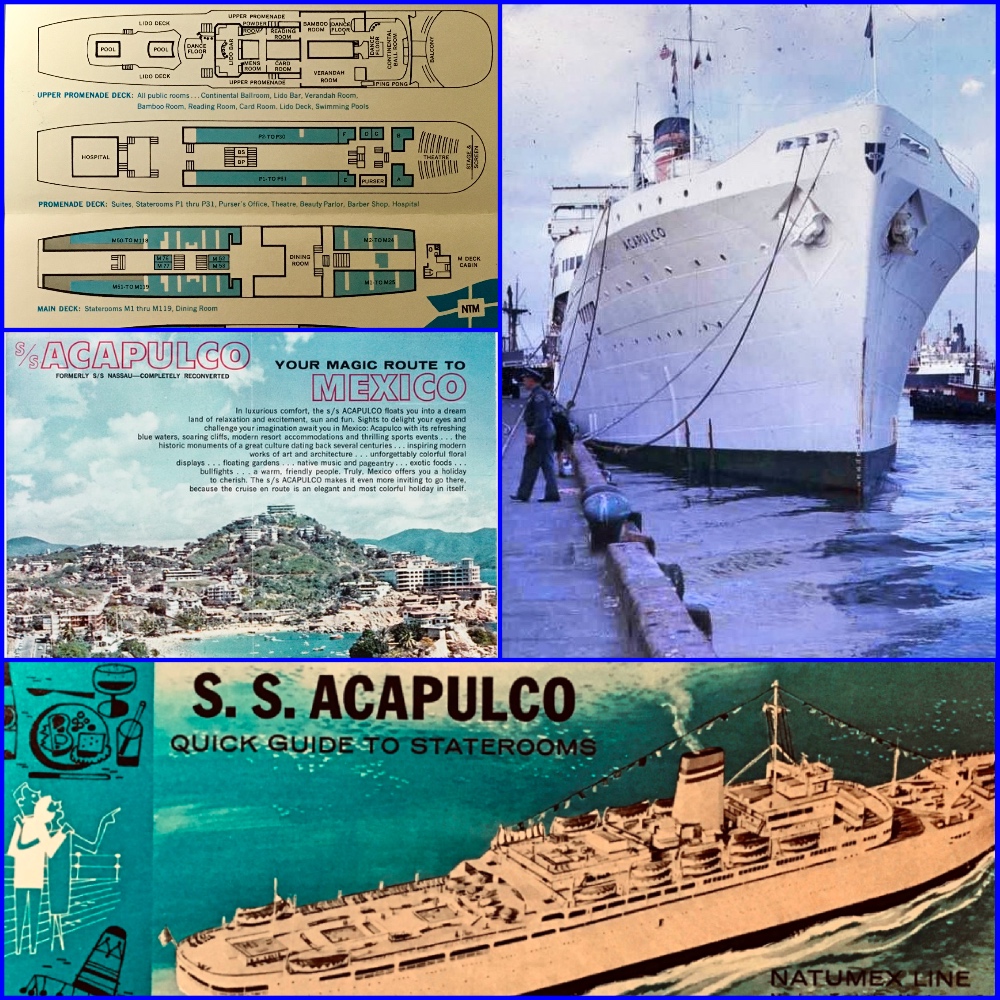 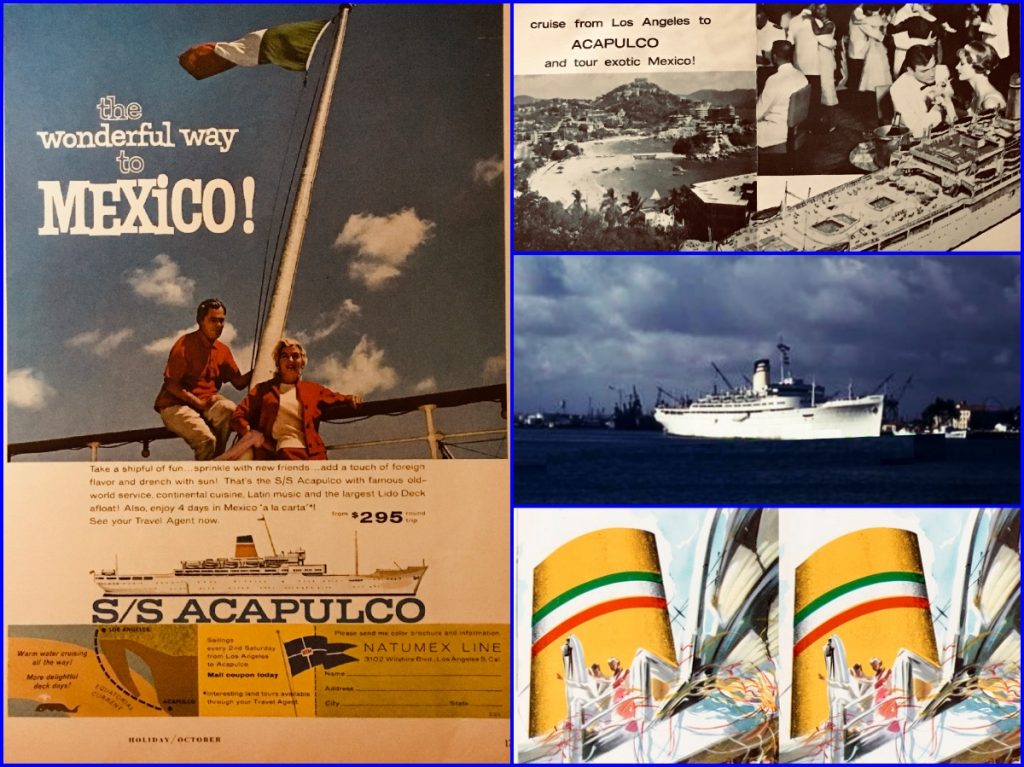 The ship was a one-class vessel. All passengers dined in the same dining room and had access to the various public rooms, decks, entertainment facilities, etc. 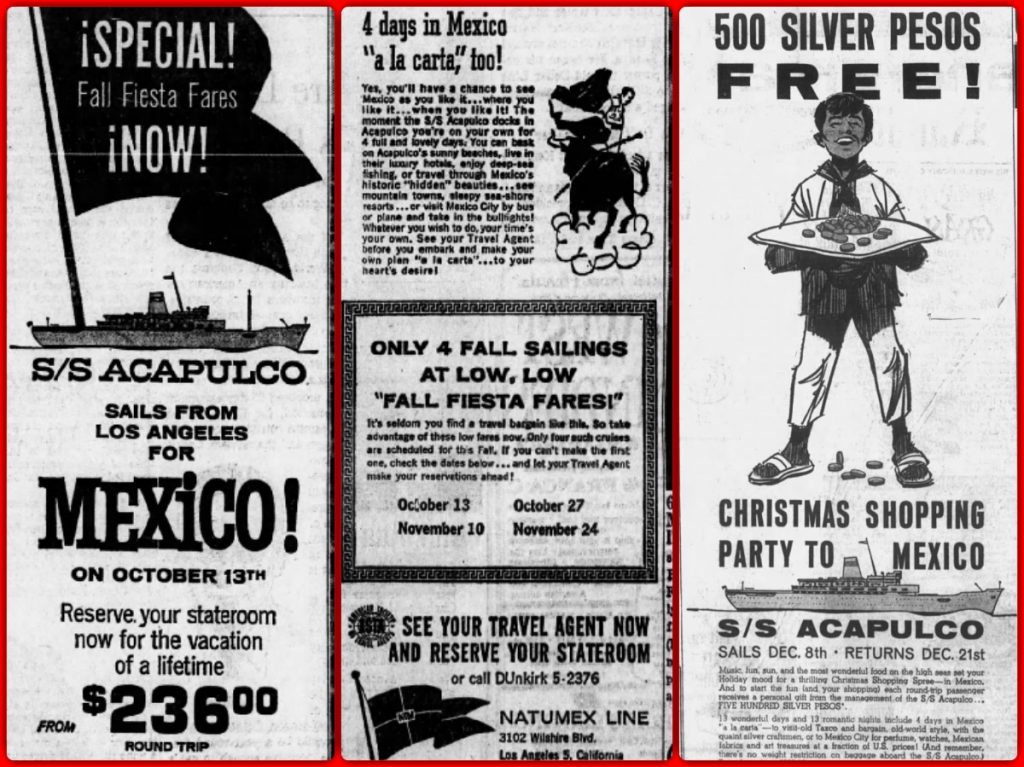 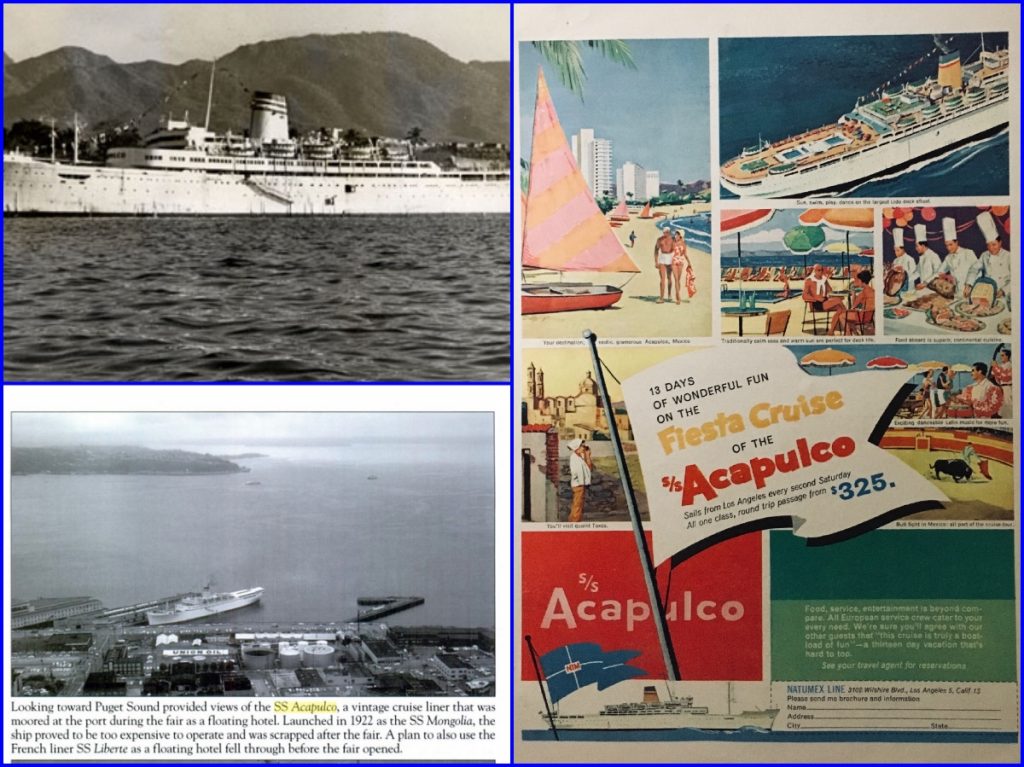 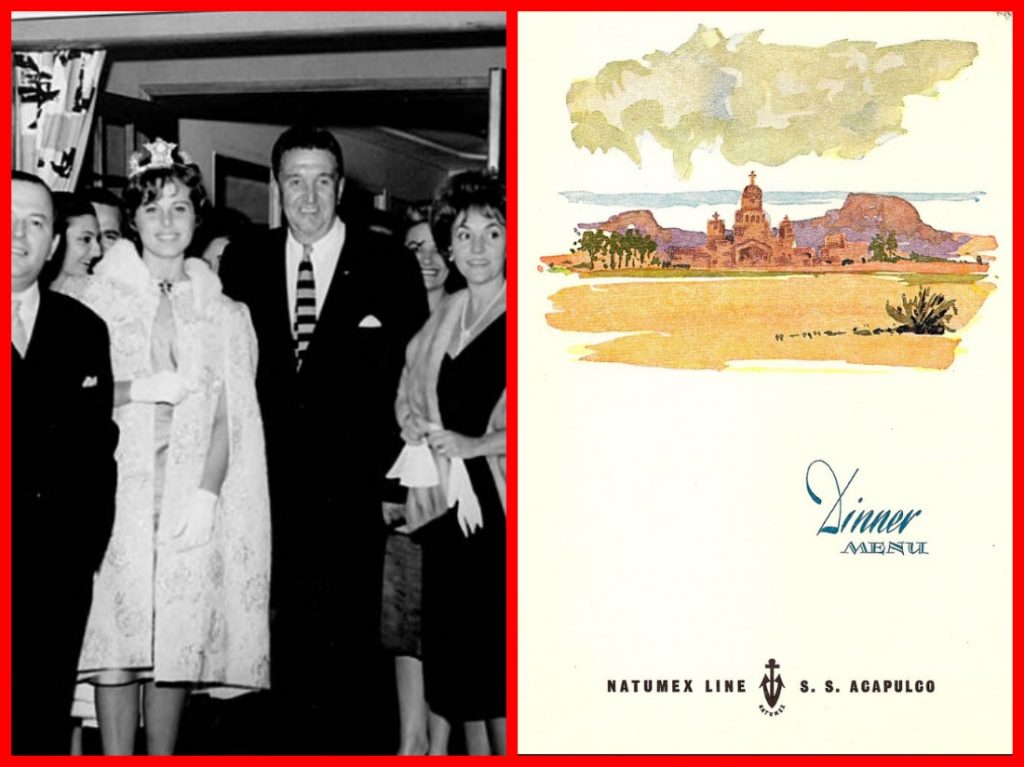 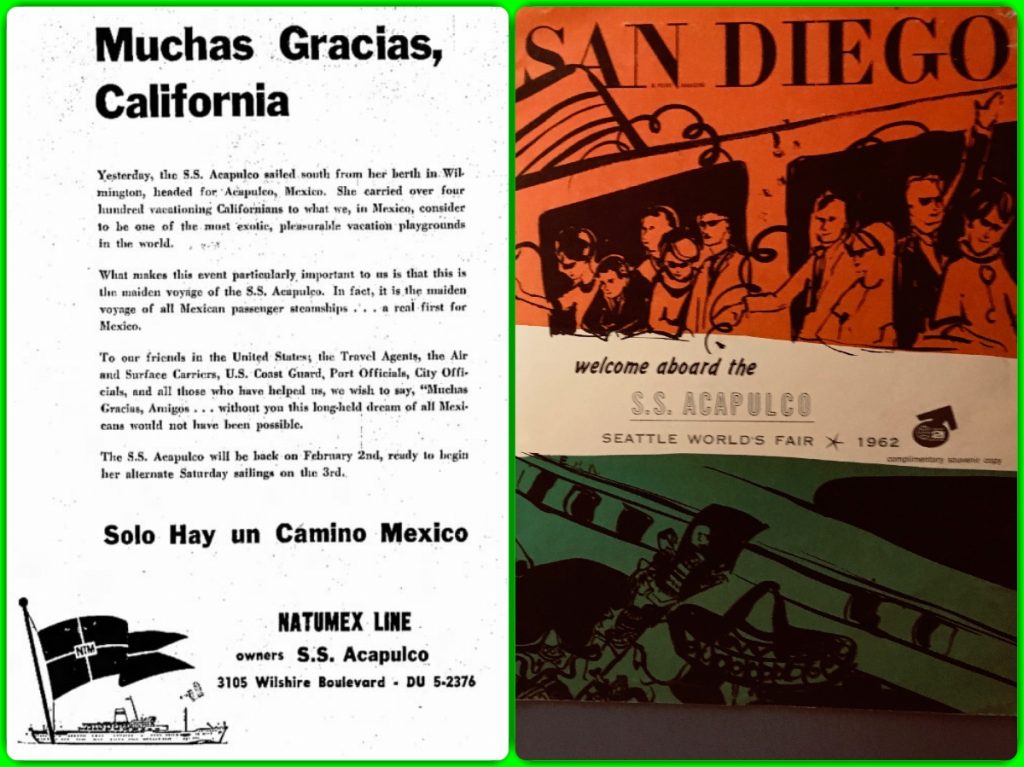