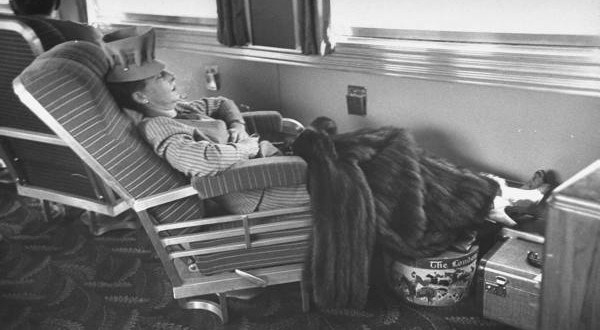 Going first class on board the Southern Pacific's Coast Daylight in the Observation Parlor Car.