LATEST
Home > CRUISING THE PAST > She came in on the glamorous SUPER CHIEF… The train of the stars! 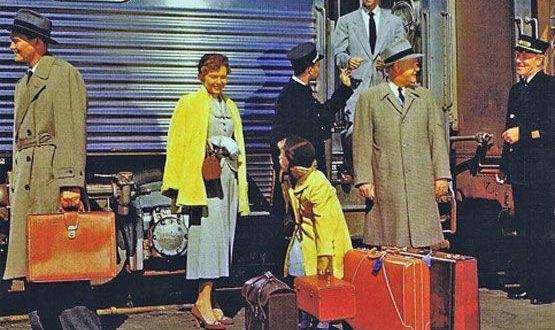 She came in on the glamorous SUPER CHIEF… The train of the stars!

A movie star arrives in Pasadena from the East Coast aboard the Santa Fe Extra Fare All-Pullman Super Chief in the 1950s. 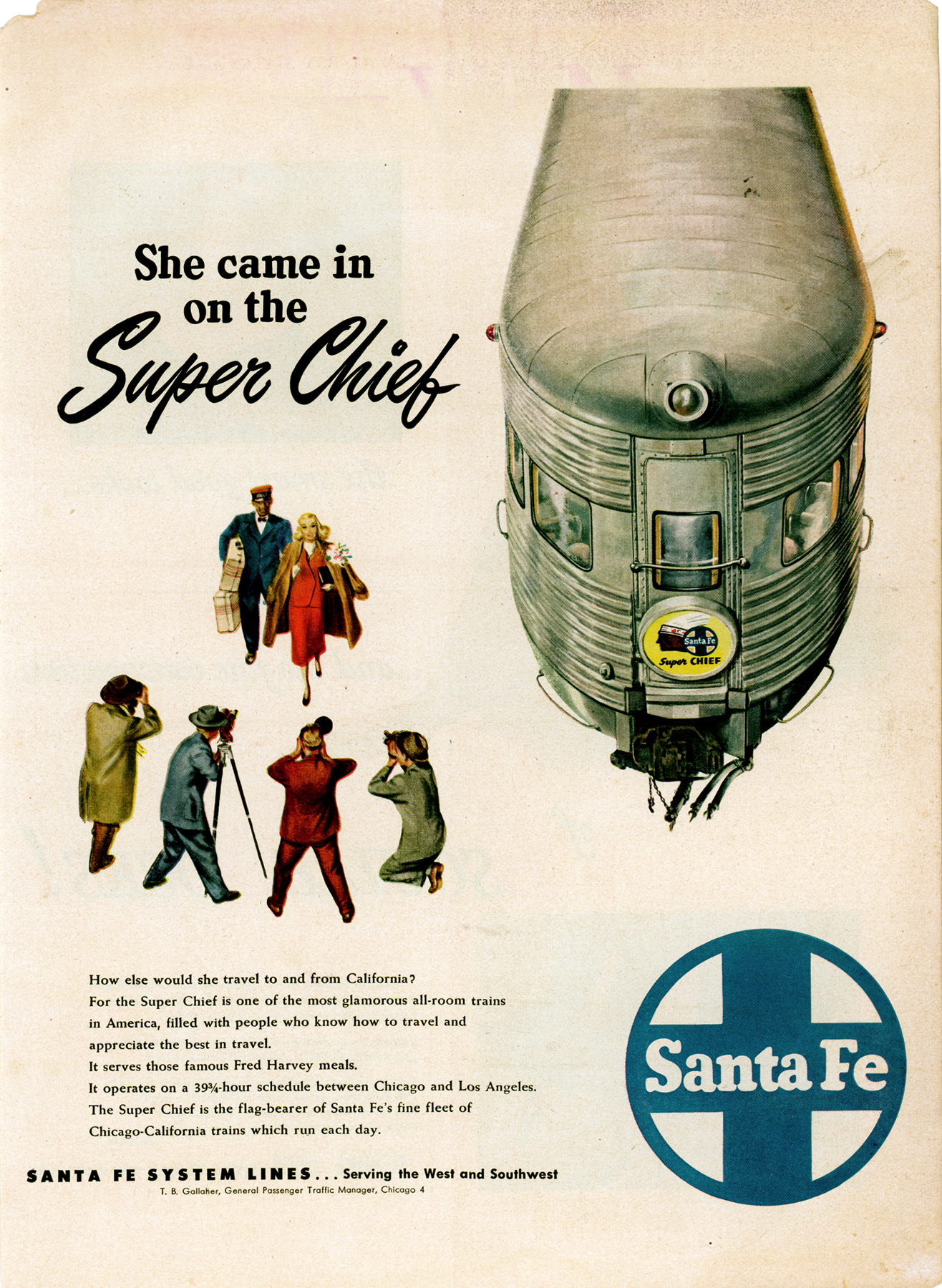 She came on the Super Chief national magazine advertisement. 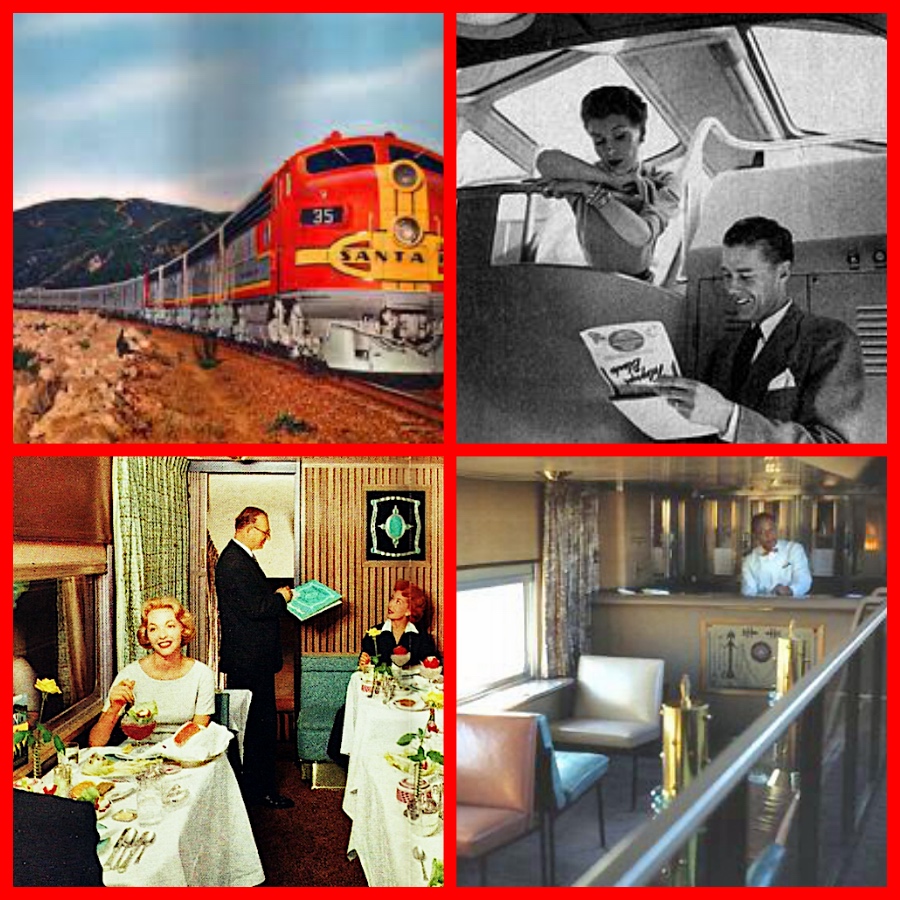 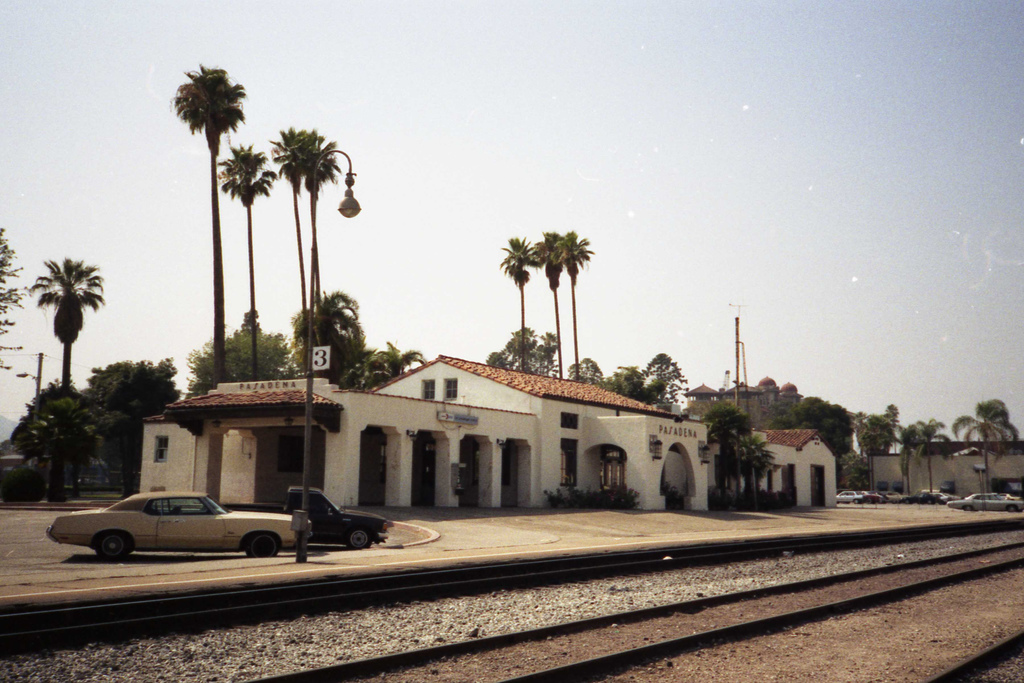 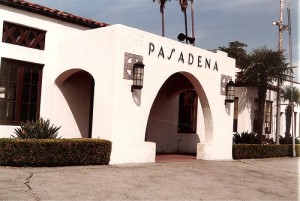 The Santa Fe Station in Pasadena was home to the Super Chief, the Chief, El Capitan, and other major streamliners. 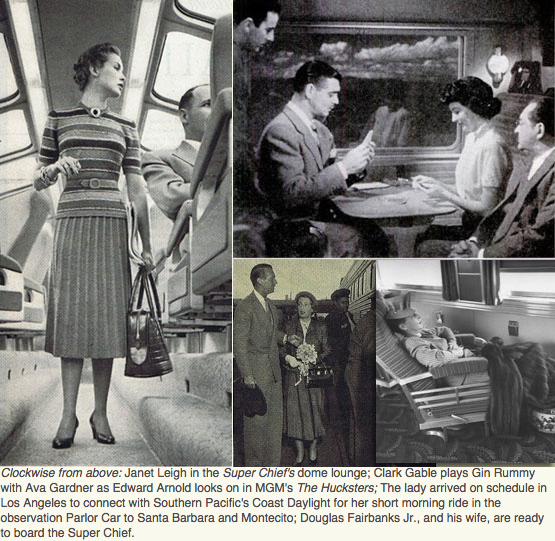 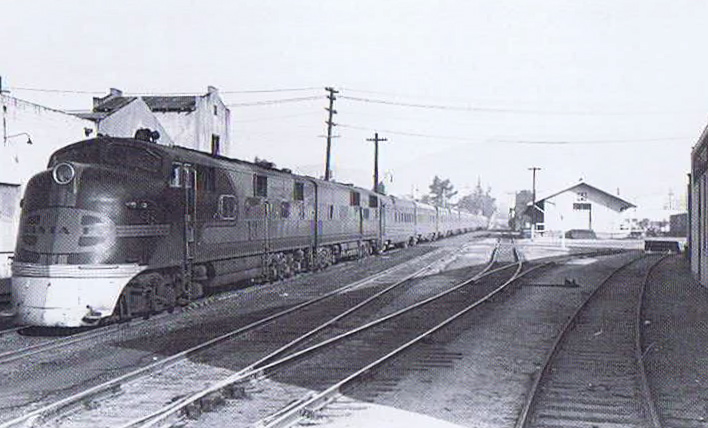 The Super Chief leaving Pasadena in the early 1940s. 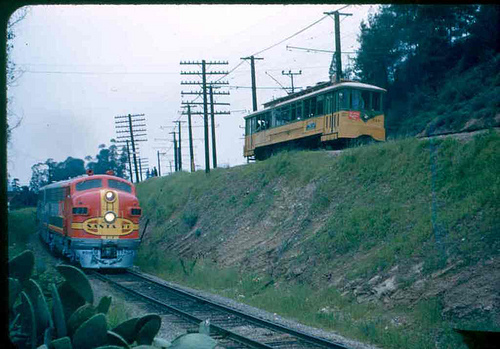 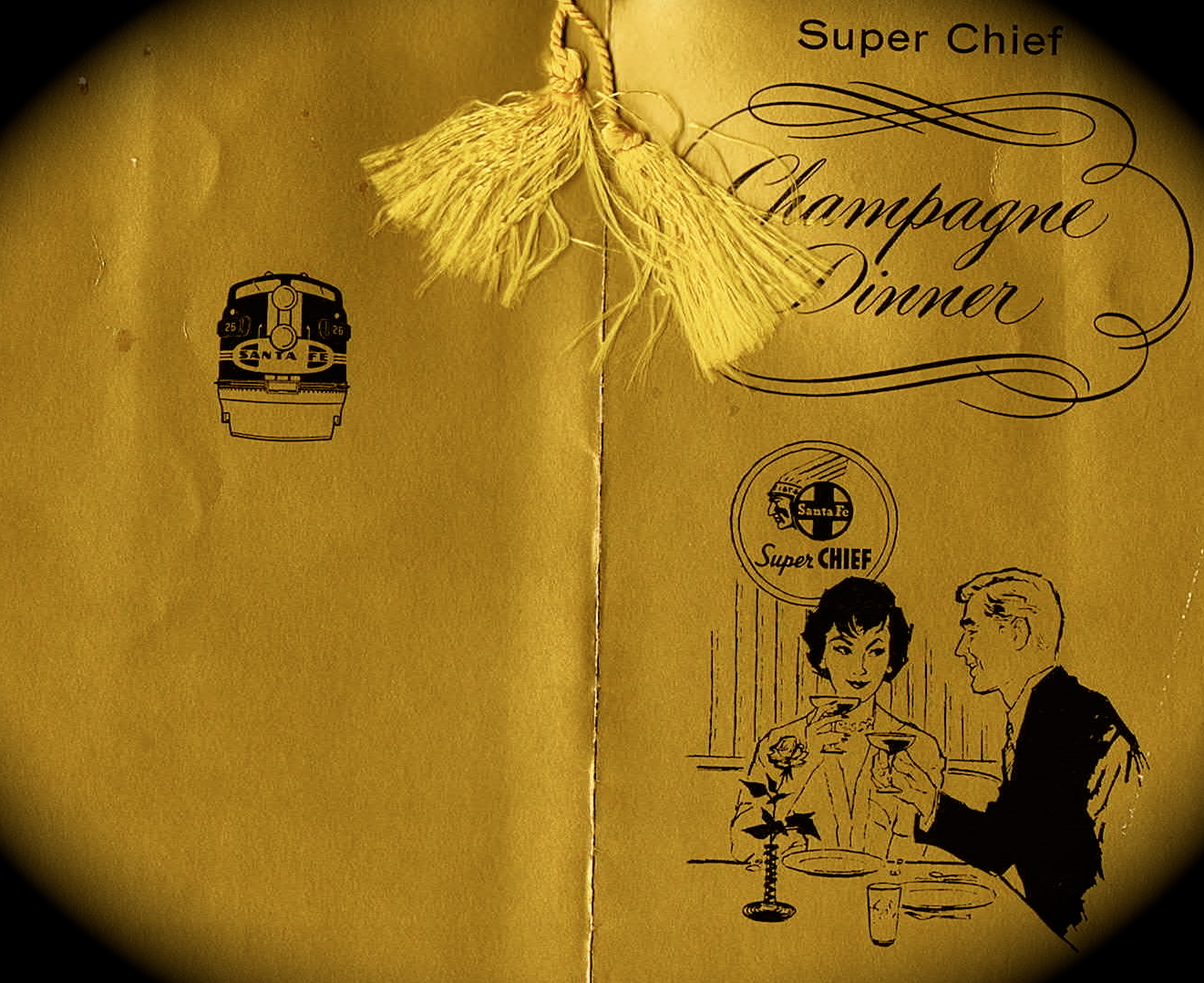 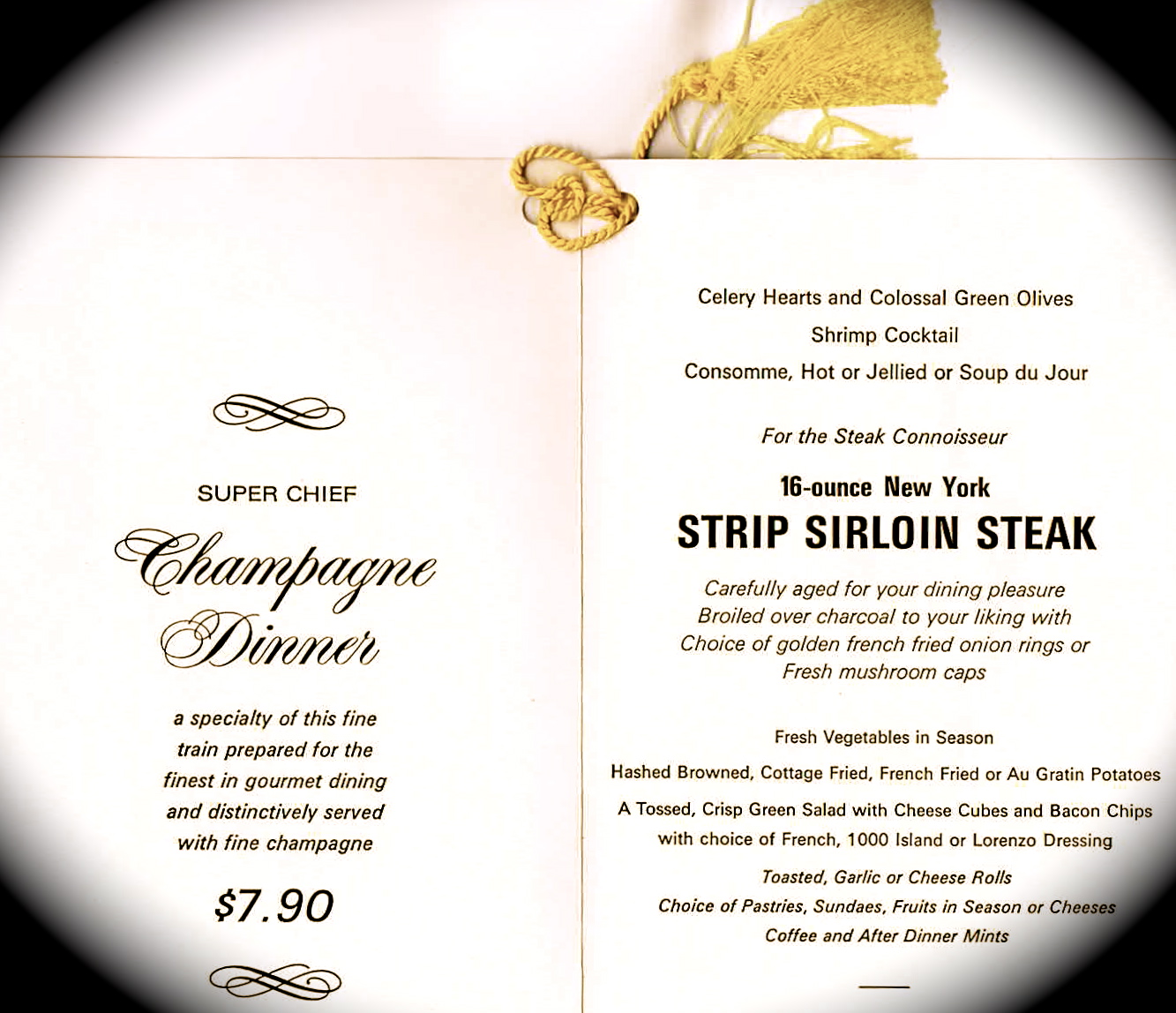 Passengers boarding in Pasadena could enjoy a Champagne Dinner aboard the Super Chief.  Here is the menu from the late 1960s. 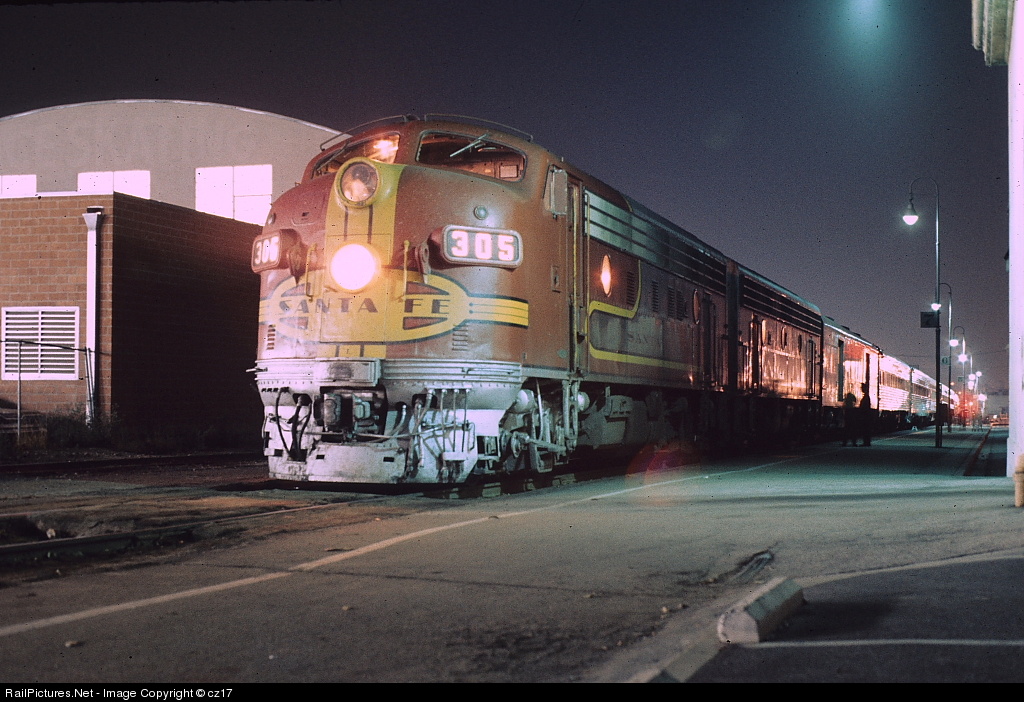 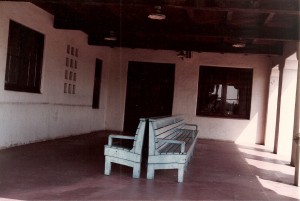 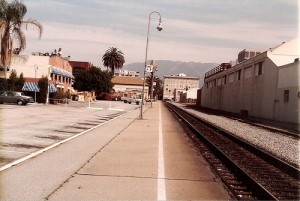 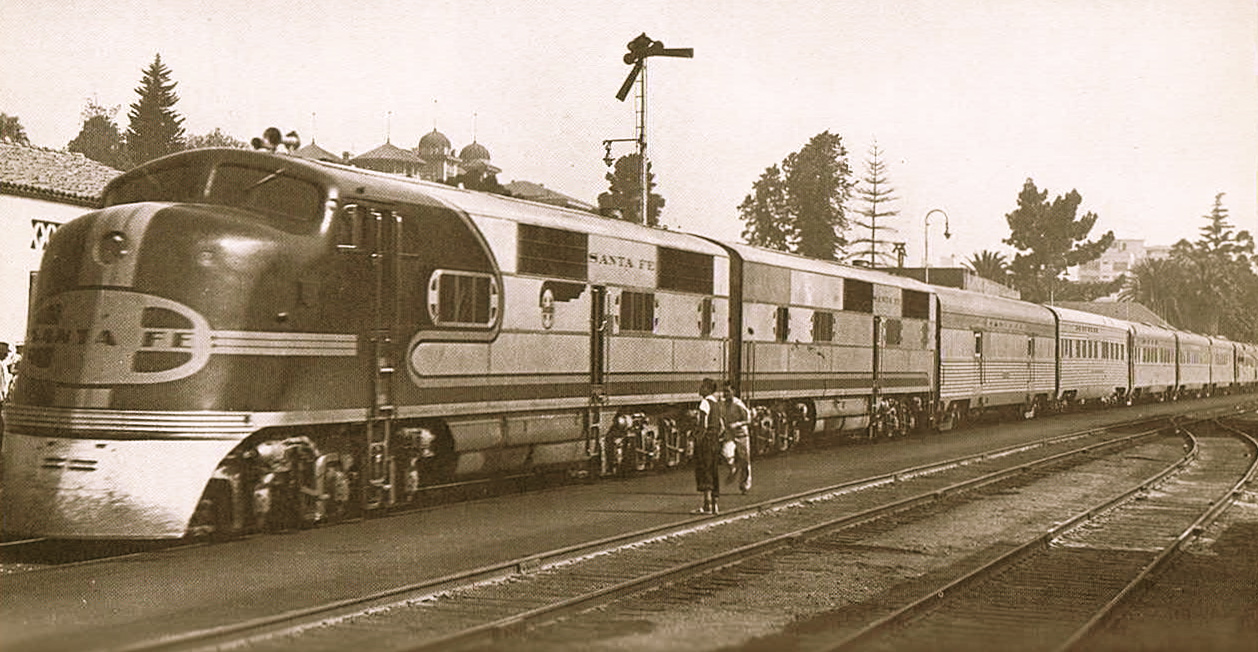 Local Pasadena boys watch the arrival in Pasadena of the premiere run of the Super Chief in the late 1930s. 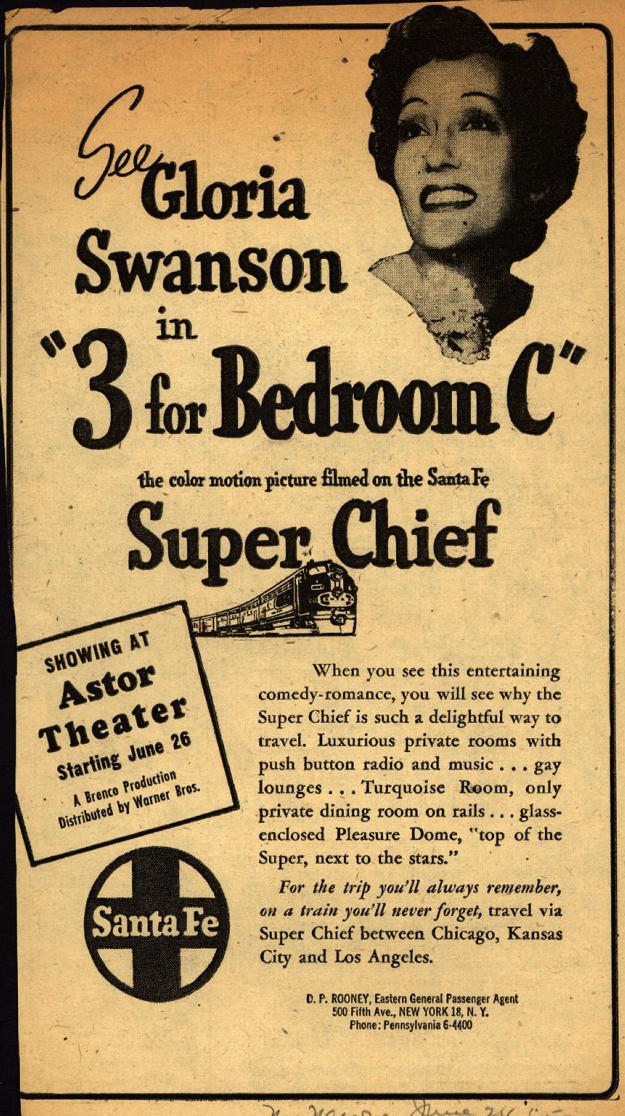 Gloria Swanson (Sunset Boulevard) starred in a late 50s film featuring the Super Chief.  In the film, they get off the train in Pasadena. 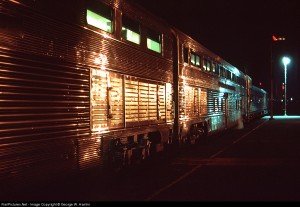 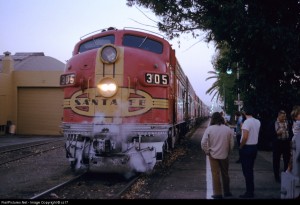 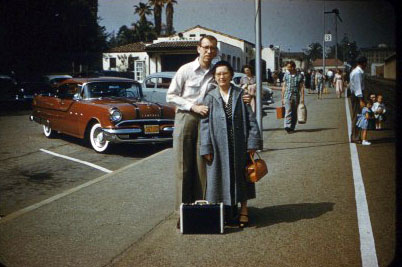 Passengers waiting for the train in Pasadena during the late 1950s. 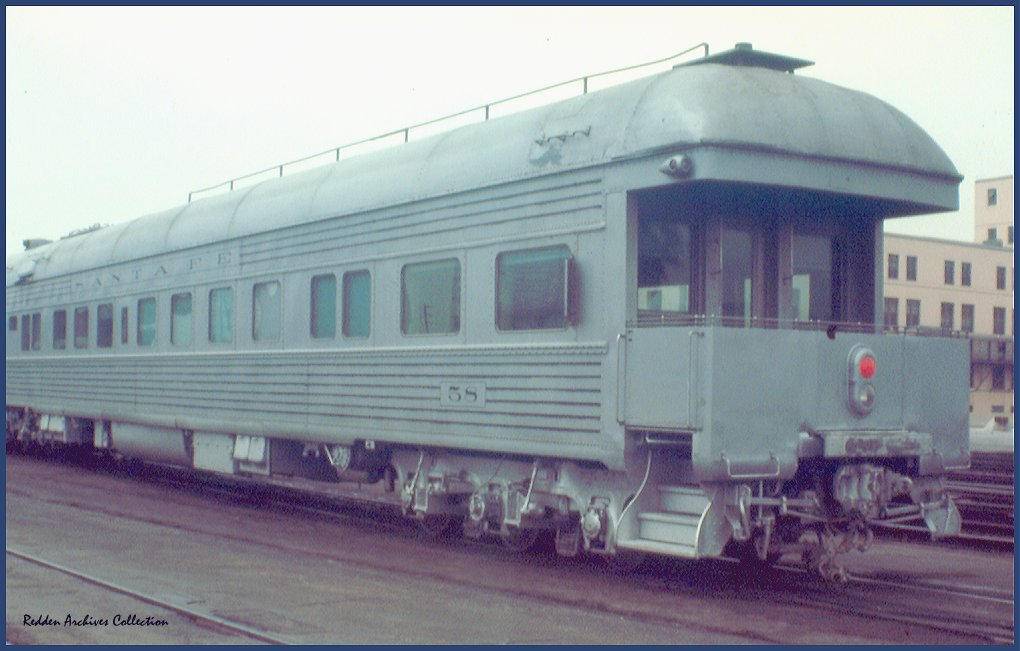 This is a Santa Fe business car.  Officials and executives from the Santa Fe in Los Angeles would occupy the car for the Rose Parade.  The car would be parked at the crossing on Colorado Blvd and the guests of Santa Fe watched the parade from the rear platform.

Amtrak train in the 1980s arriving in Pasadena from Chicago.

Today, the station is a restaurant and stop on the Los Angeles Gold Line.

ABOUT THE SUPER CHIEF… 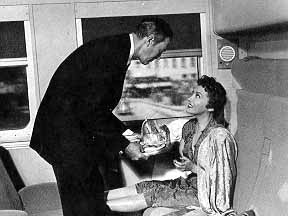 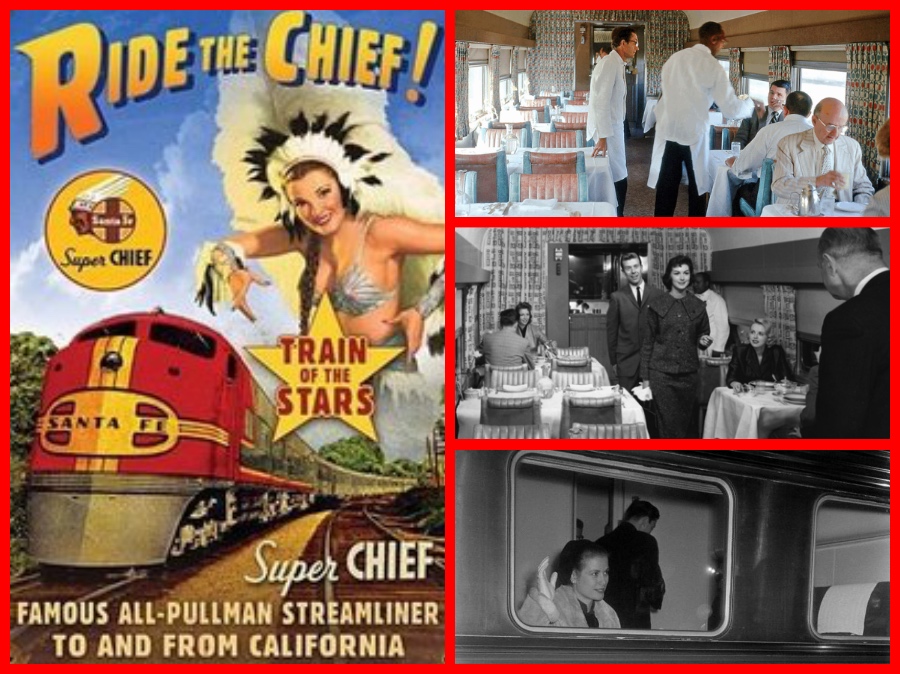 Knowing it needed something better the Santa Fe with the help of the Budd Company, introduced the all-new streamlined Super Chief in May of 1937. What resulted was a passenger train unrivaled in style, design, and luxury.

Part of the train’s phenomenal success was its appeal and character. In designing the new Super Chief the Santa Fe wanted not only a contemporary passenger train but also one that reflected the railroad’s long-held relationship with Native American’s of the Southwest. To style, the new Super Chief the train had an entire staff of designers, which quickly set to work bringing the soon-to-be legend to life. 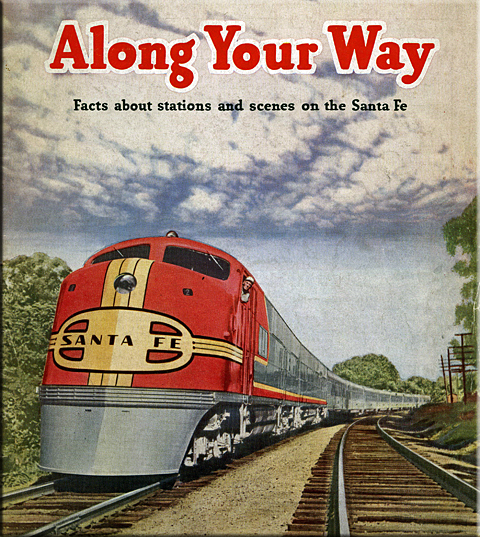 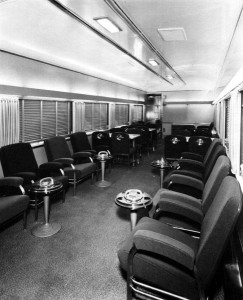 The train’s now-classic “Warbonnet” paint scheme was actually designed by General Motors’ artist Leland Knickerbocker. Knickbocker’s livery featured gleaming stainless steel with the front half of the locomotive painted in red crimson, wrapping around the cab and trailing off along the bottom of the car body with a Native American-inspired design (a design that would go on to distinguish the Santa Fe) used on the front of the nose with “Santa Fe” flanking the center. 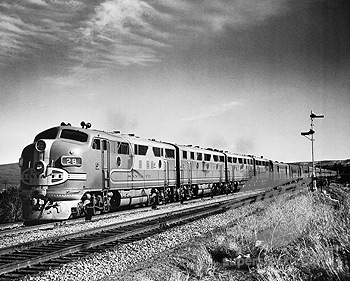 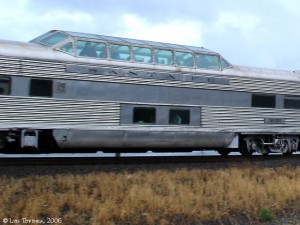 For the most part, the Super Chief remained quite popular through the 1950s. In 1951 it was re-equipped for the final time featuring the Pleasure Dome lounge that included dome viewing, a cocktail lounge, and the famed Turquoise Room used for dinner parties. However, none of the upgraded equipment matched the exquisite beauty of the original Super Chief cars.

Rare 16mm color film – from the late 1930s or early 1940s – of Santa Fe steam train arriving in Pasadena. The film is primitive but quick views of the platform at Pasadena Santa Fe Station, a Pullman porter, and passengers.