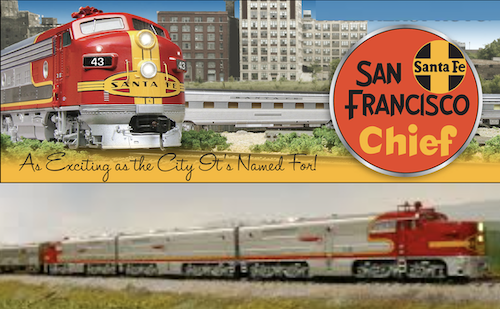 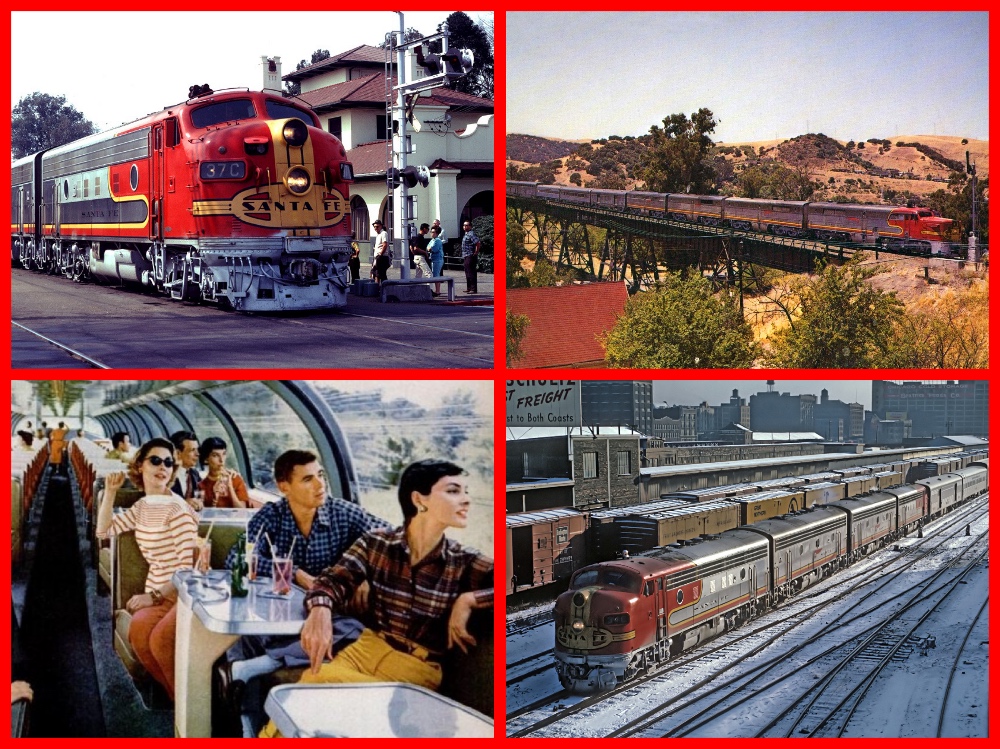 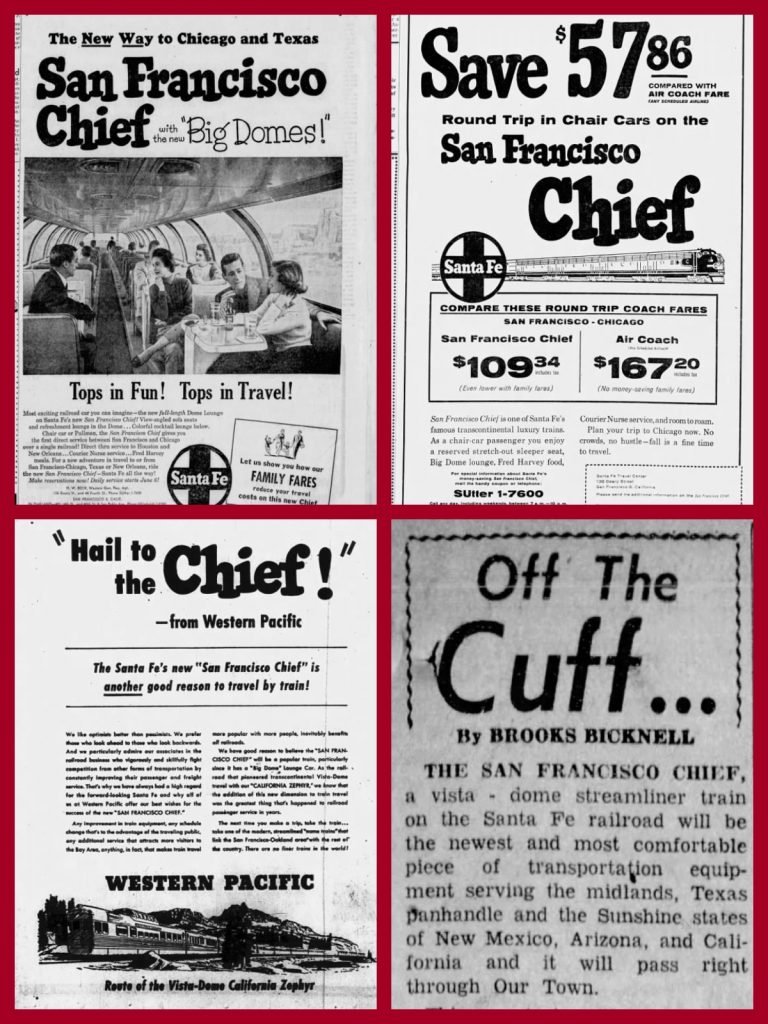 Ads from the SF Examiner and Oakland Tribune, local story. 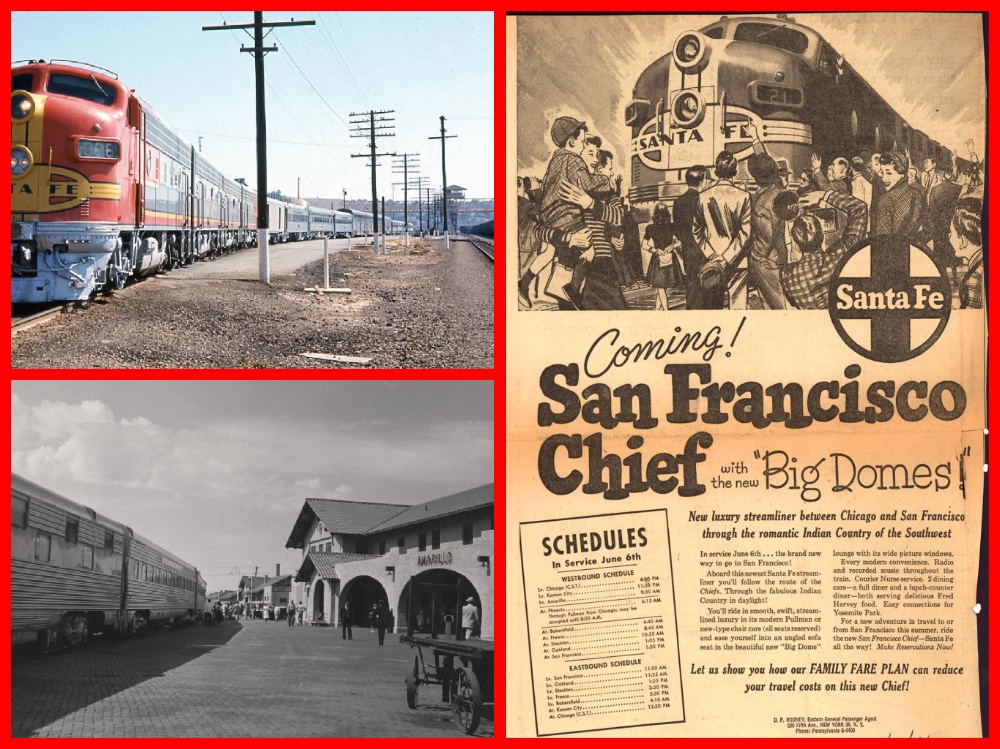 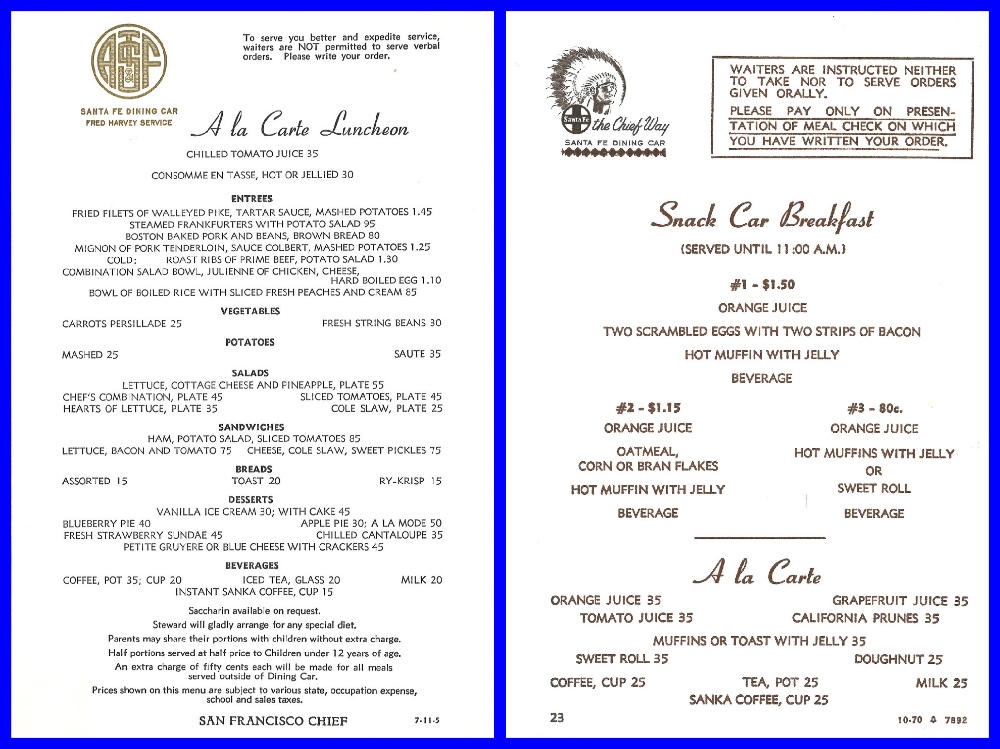 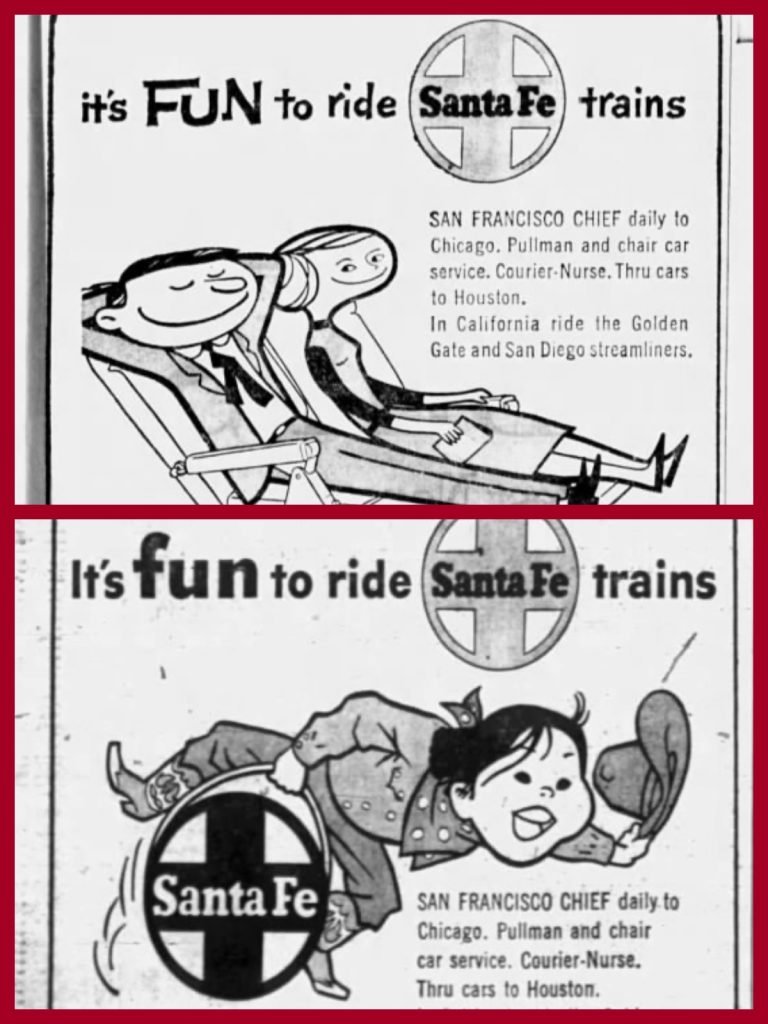 Santa Fe all the way… 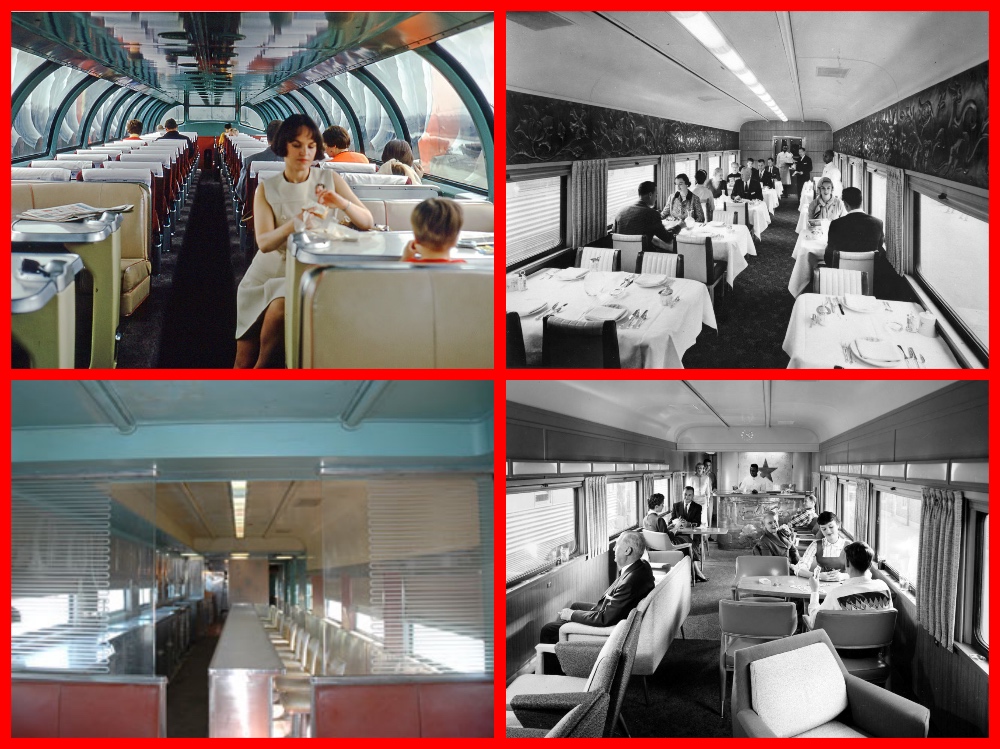 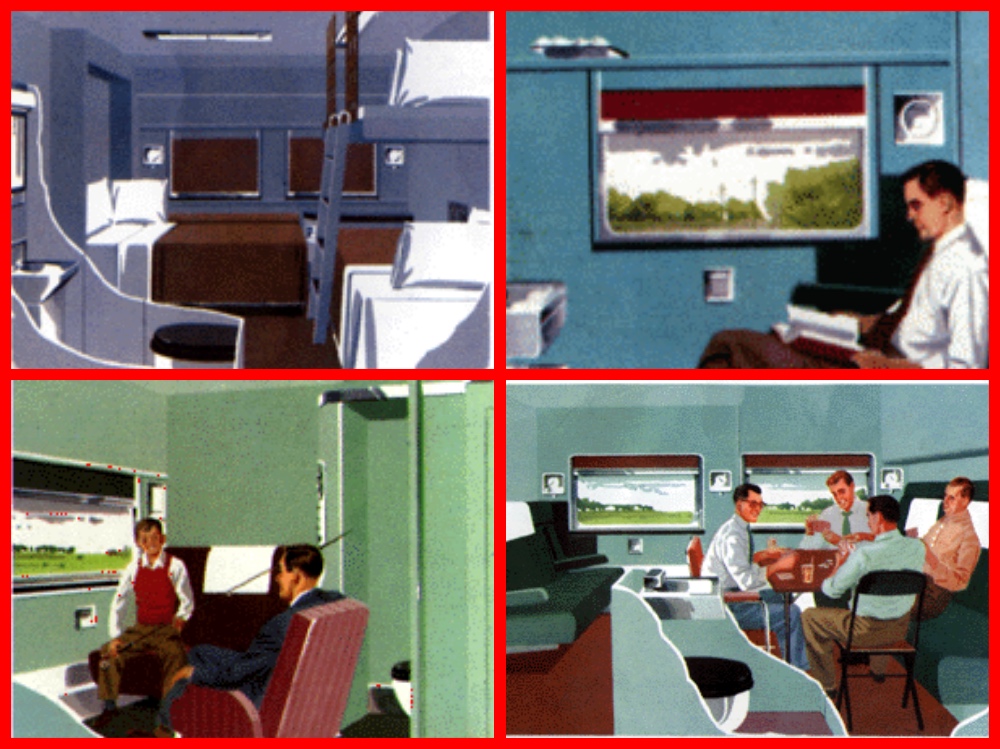 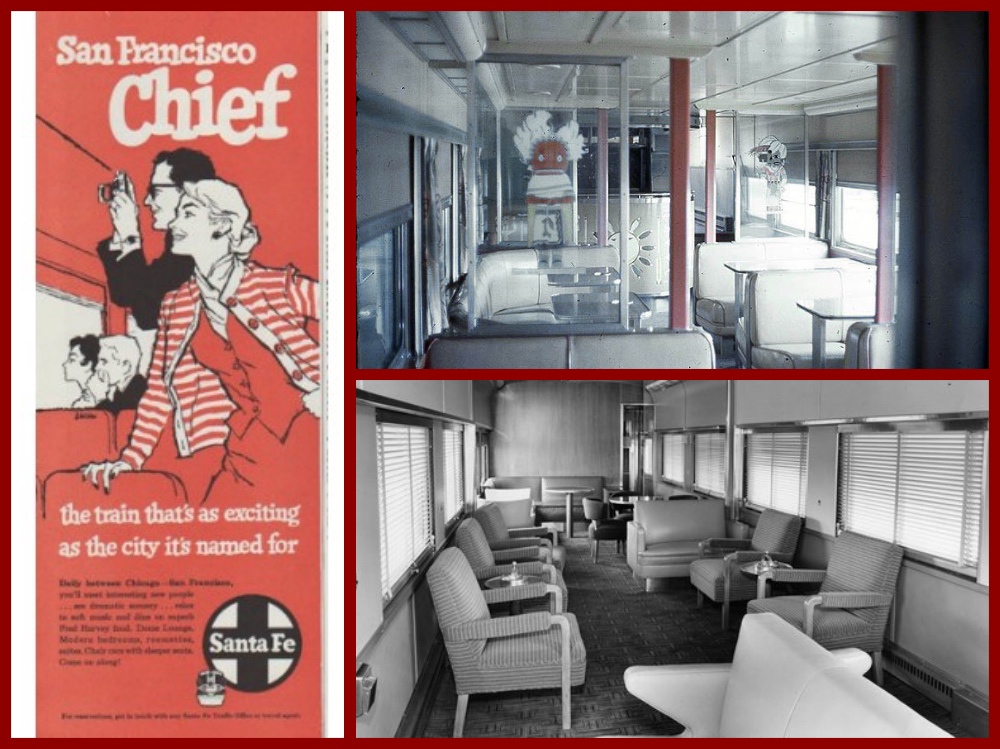 The San Francisco Chief made its final run on April 30, 1971, when Amtrak took over and destroyed America’s great passenger system. In the 1950s it was tops in the world and 2022 it is basically a third world service.