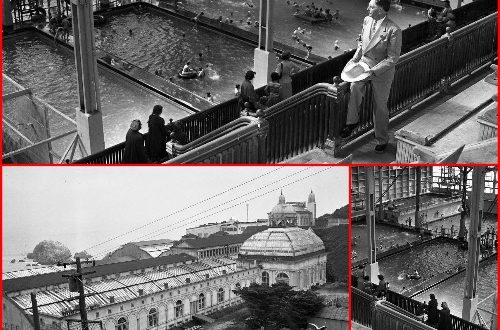 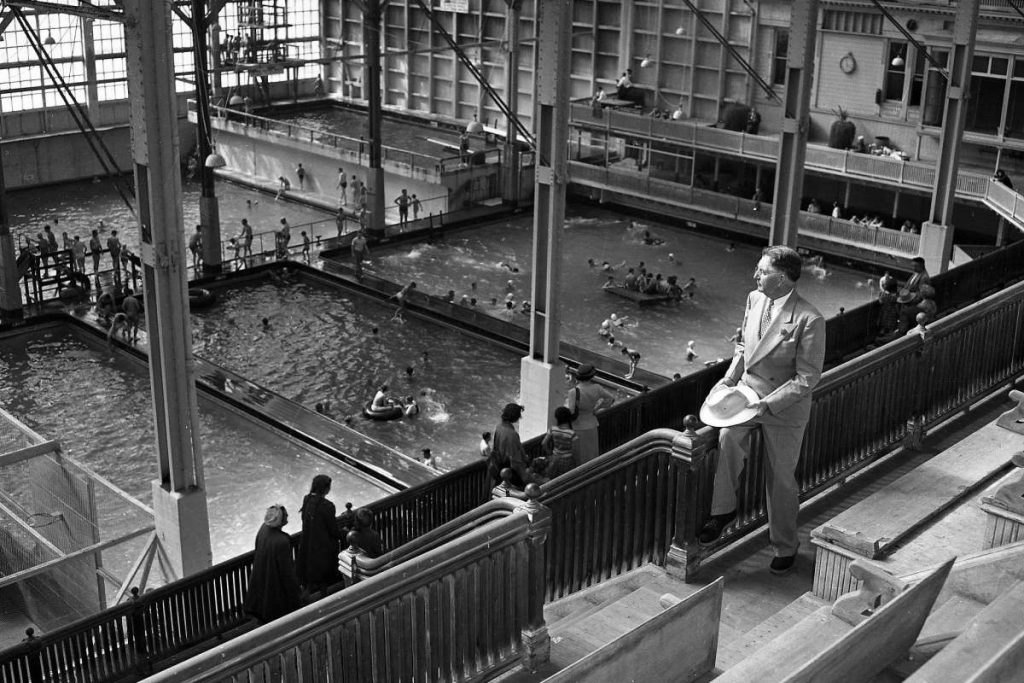 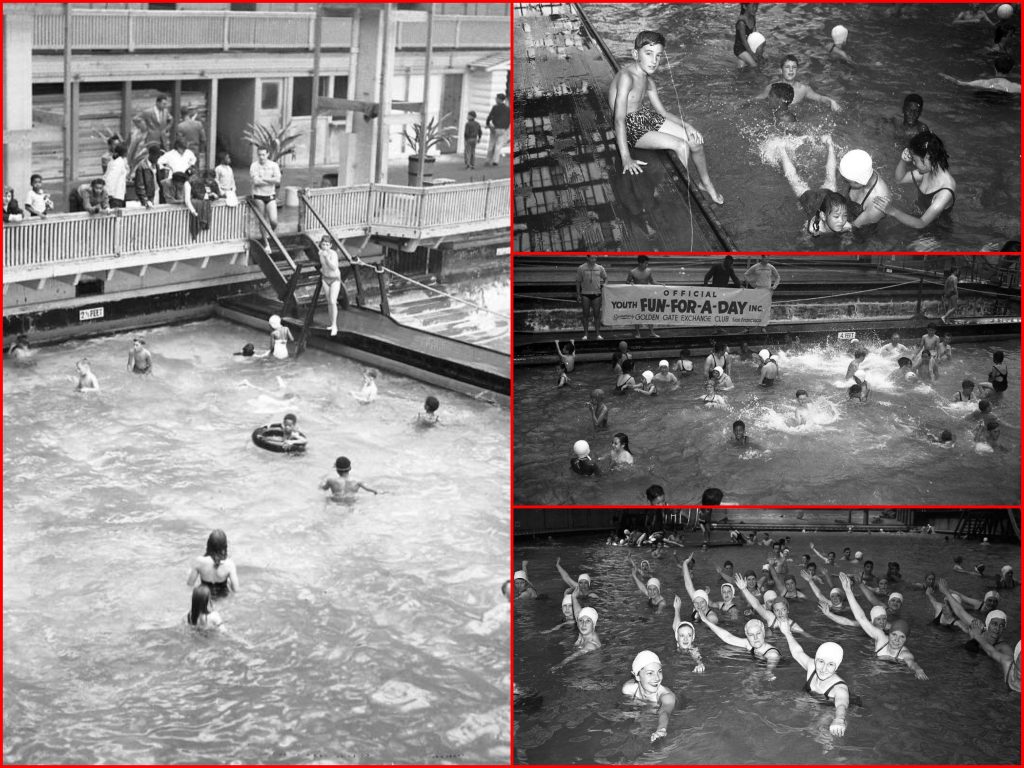 Various views of the Sutro Baths.

Sutro’s dream for the Baths was to provide a healthy, recreational, and inexpensive swimming facility for thousands of San Franciscans. 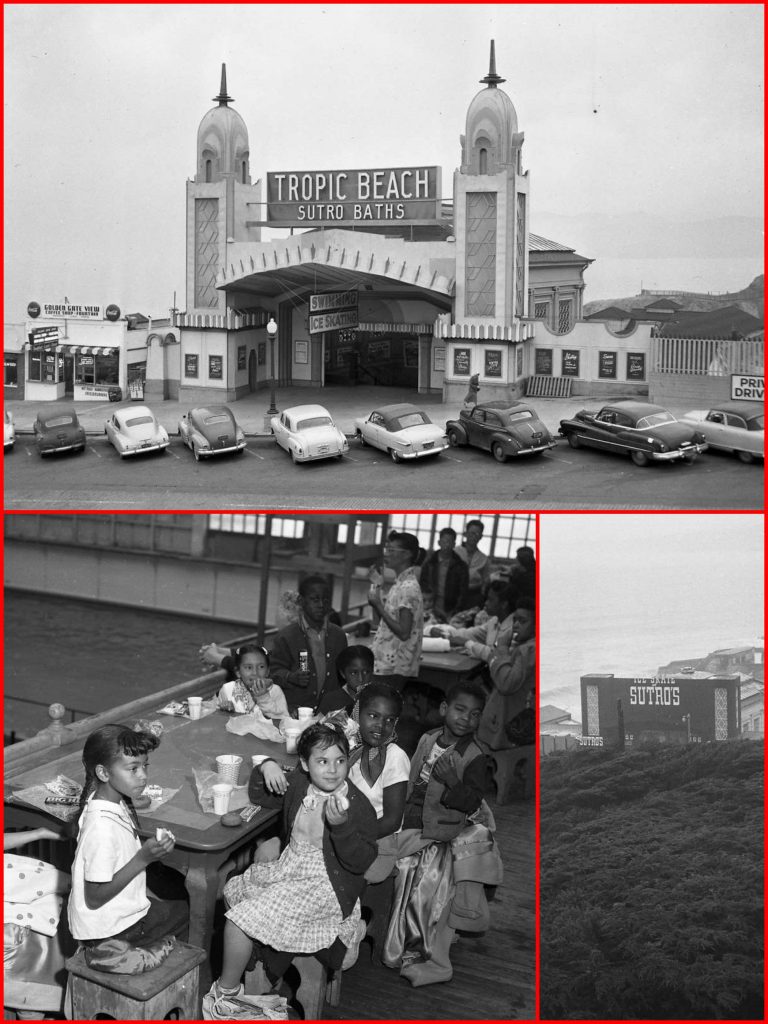 Typical of Sutro’s progressive spirit, he designed the Baths to provide its visitors with educational and recreational opportunities. 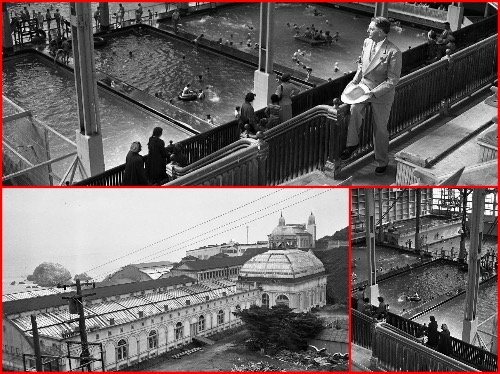 Adolph Sutro and his Sutro Baths.

THE END OF AN ERA 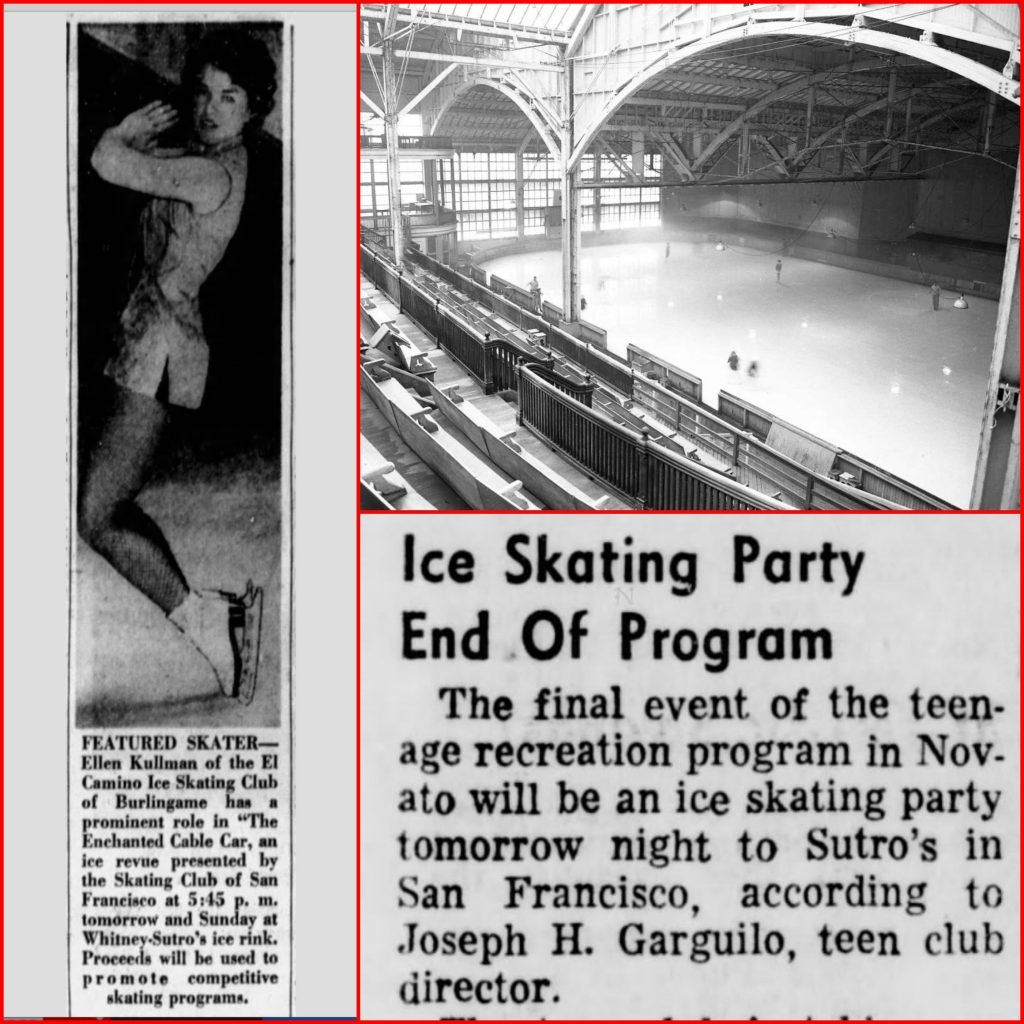 Ice Skating at the Sutro Baths during the 1960s.

For all their glamour and excitement, the Baths were not commercially successful over the long-term. 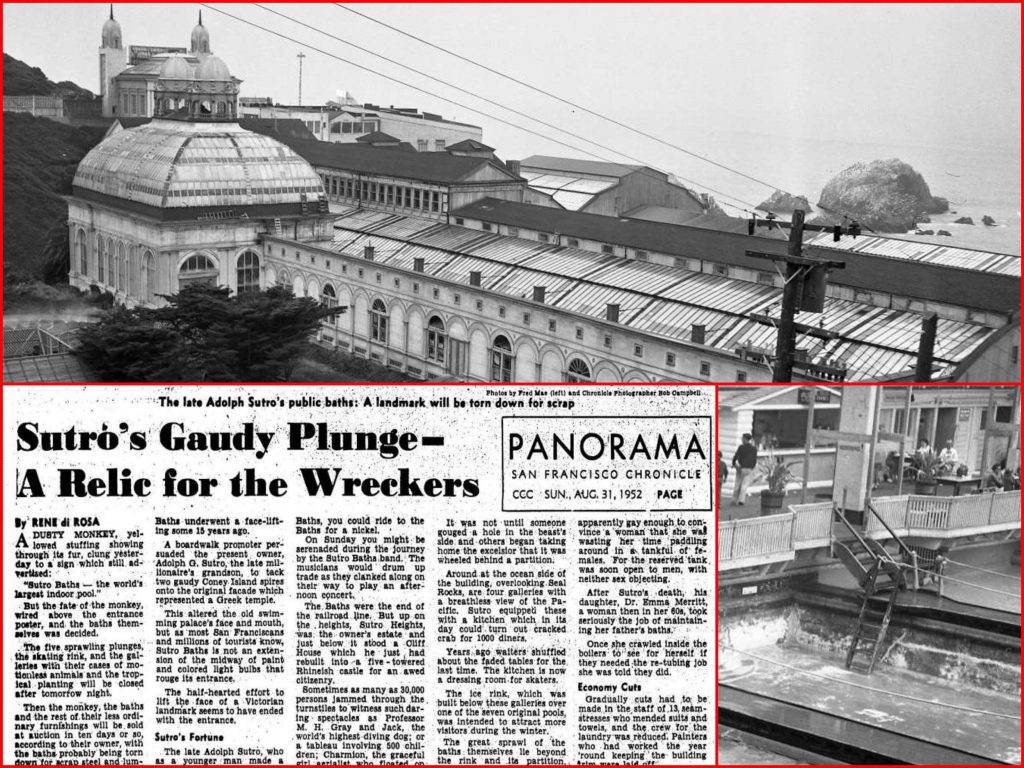 In the 1950s there were moves to tear down the Sutro Baths.

In 1964, developers with plans to replace the Baths with high-rise apartments bought the site and began demolition of the once magnificent structure. 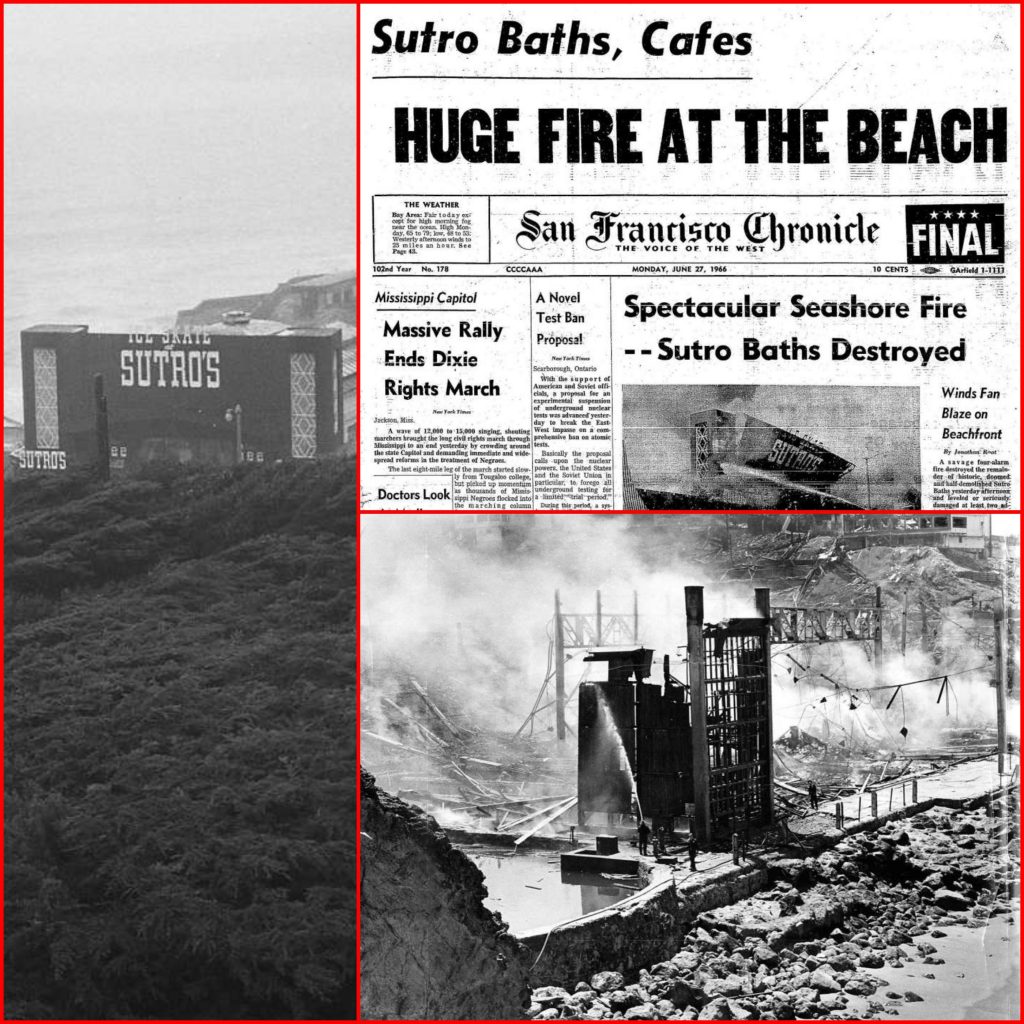