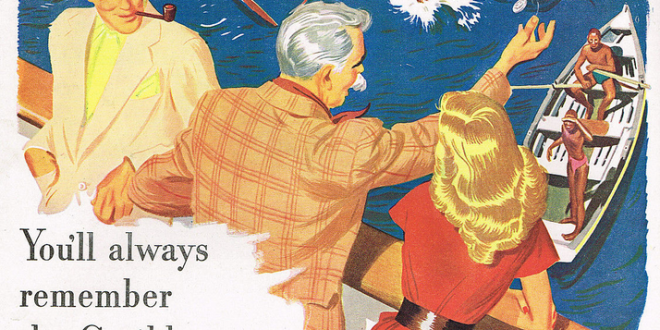 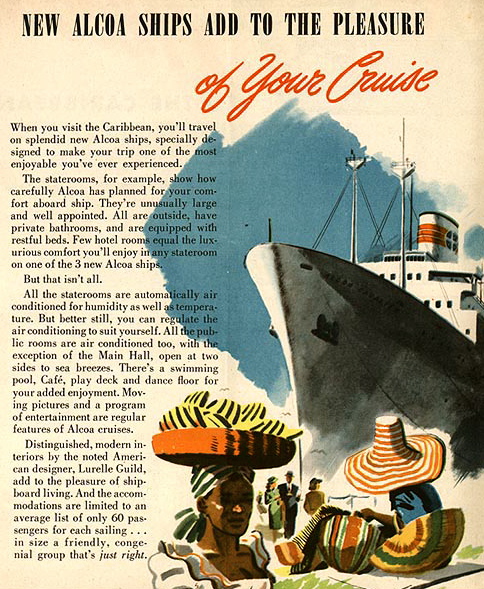 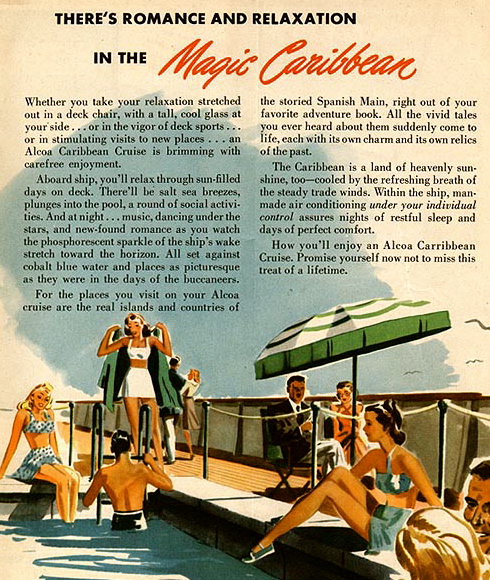 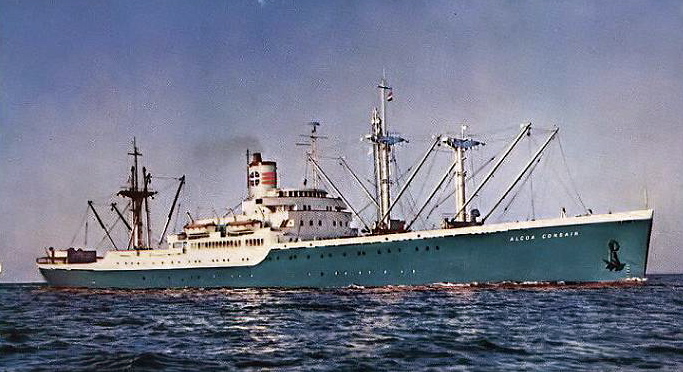 In 1947 the ALCOA CAVALIER, THE ALCOA CLIPPER and the ALCOA CORSAIR established regular service between New Orleans and South America.  The ships were modern and provided excellent service.  But the mounting costs of U.S.-flag operations, forced the company to abandon their passenger service in 1960. 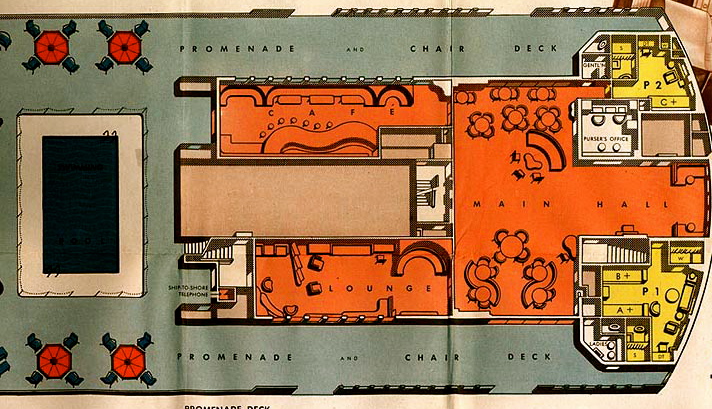 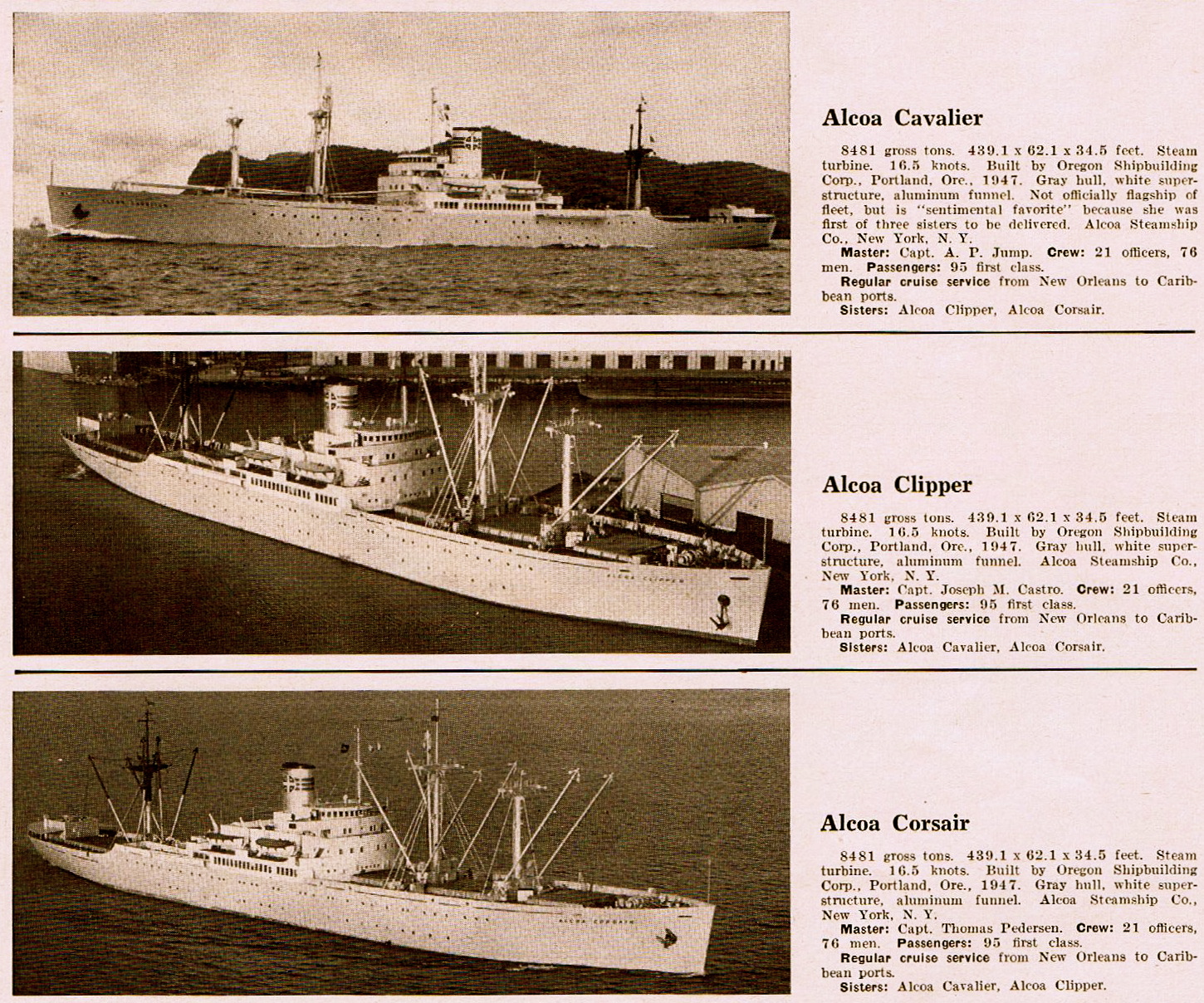