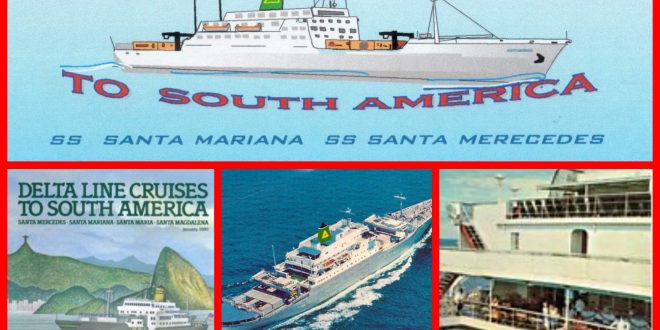 The award-winning travel promotional film for Delta Line’s ships often called the “M” Ships. These were built in the early 1960s and operated by The Grace Line. They were the “Santa Maria,” “Santa Magdalena,” “Santa Mariana,” and “Santa Mercedes.”

The Grace Line cargo-passenger vessels operated out of New York until the Delta Line took them over in the 1970s. They then sailed from San Francisco until the early 1980s when service ended. 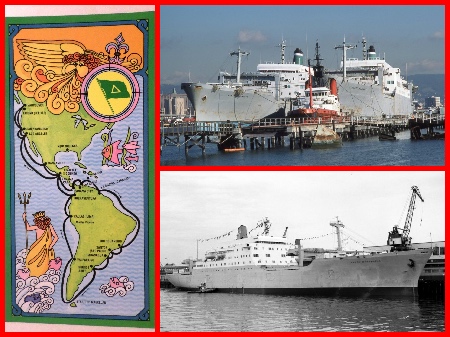 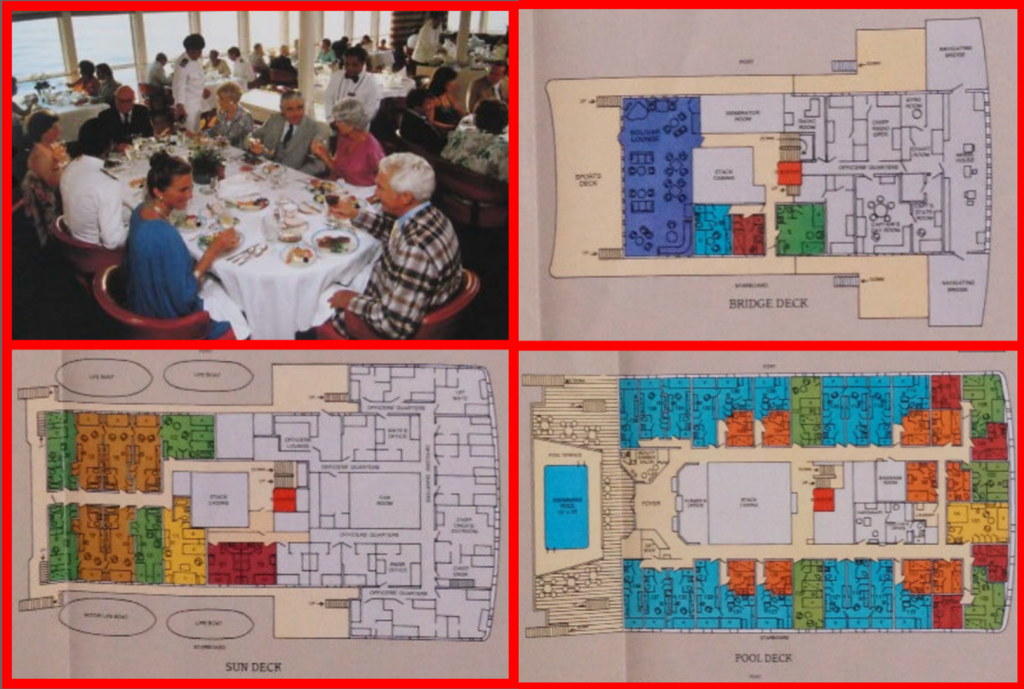 bought the fleet in 1977. The SANTA MERCEDES, SANTA MARIANNA, SANTA MARIA, and SANTA MAGDALENA were vert comfortable ships for the ’round South America voyage. When the service ended in1984 the ships went into lay-up. \

Three were scrapped in 1988, but the SANTA MERCEDES went on to become the Massachusetts Maritime Academy training ship PATRIOT STATE. In 1998, an ultrasonic survey found extensive corrosion in the hull and watertight bulkheads and the ship was declared unseaworthy.