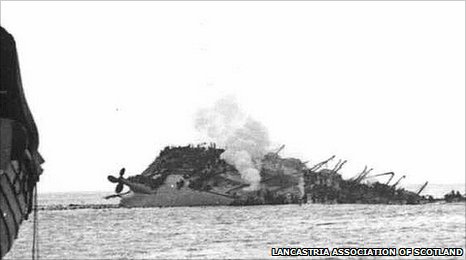 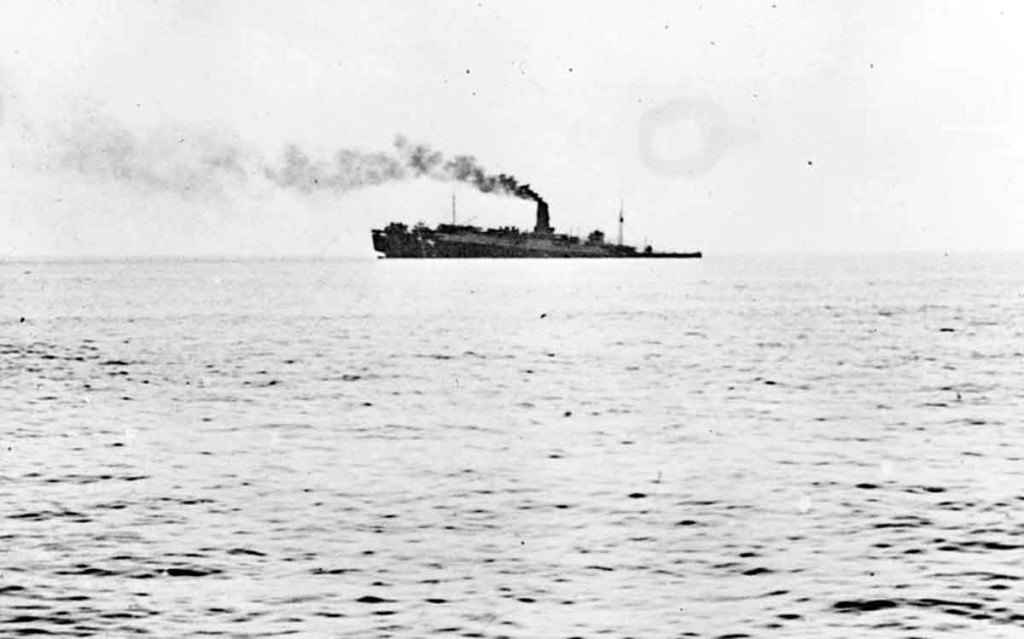 THE SINKING OF THE CUNARD LINER SS LANCASTRIA OFF ST NAZAIRE 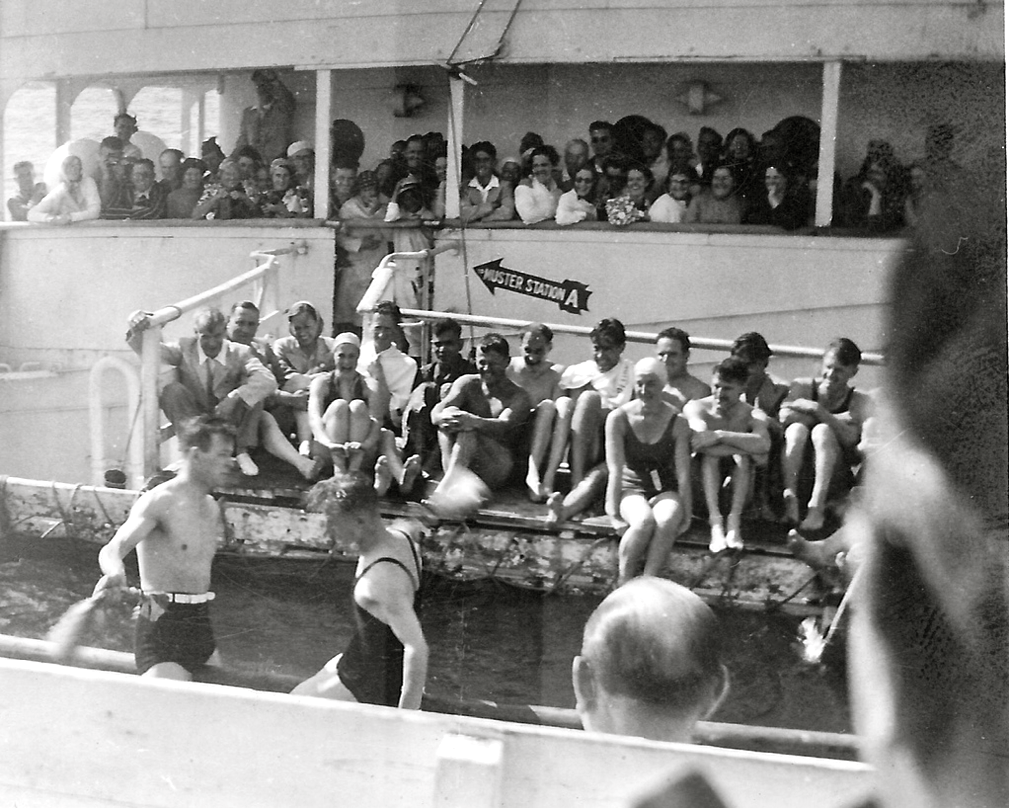 Yet for 75 years, the sinking of the Lancastria has been largely forgotten – to the ongoing anger and grief of relatives of those who lost their lives and a dwindling number of survivors.

In 2015, following a long crusade backed by MPs, military chiefs and celebrity campaigners, the British government finally broke its long silence to formally commemorate the disaster.
Two weeks after Dunkirk, HM Troopship Lancastria – a former Cunard liner and cruise-ship that had been requisitioned by the War Office – was taking part in Operation Ariel, the evacuation of British nationals and troops from France during World War Two. 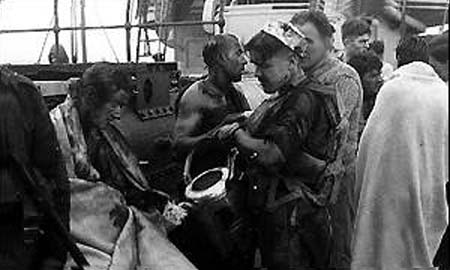 Survivors from the ship covered in oil.

On June 17 1940, a vast number of people, mainly British civilian refugees, embassy staff, RAF personnel and soldiers, were on board, when at around 4pm, the ship was bombed by a German Ju-88 aircraft and sank within just 20 minutes.

More than 6,000 – some believe as many as 10,000 – were on board when it was struck and sank off the port of Saint-Nazaire. Just 2,447 survived. The Lancastria represented the largest loss of life from a single engagement involving British forces in World War Two and the biggest in British maritime history, with a death toll greater than the Titanic and Lusitania combined.
So great were the losses that the Government immediately placed a ‘D-Notice’ on news of the sinking, meaning that newspapers and broadcasters were unable to report the sinking, ensuring that the story of the Lancastria remained all but unknown. 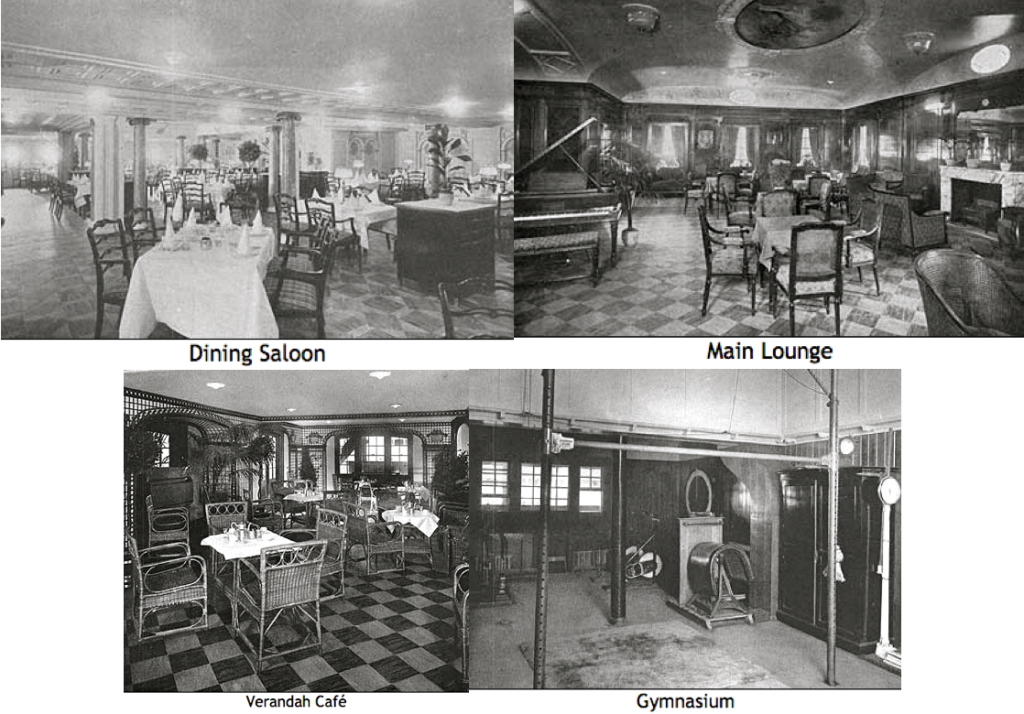 In his memoirs, Winston Churchill defended the decision to hush up the disaster, saying he quite simply thought the British people ‘had had enough bad news’.

In recent years, a campaign for the British government to formally recognize the disaster has been backed by MPs including Sir Nicholas Soames, Churchill’s grandson, as well as General Lord Dannatt, the former head of the British Army, Air Commodore Charles Clarke, former chairman of Bomber Command, author Louis de Bernières, author and actress Joanna Lumley.

Last June 17th, Chancellor George Osborne, standing in for David Cameron at Prime Minister’s Questions for the first time, called for the disaster to be remembered.

“It is the 75th anniversary of the sinking of the HMT Lancastria, the largest loss of British lives at sea in the history of this maritime nation. Some of the survivors are alive today and many of course mourn those who died,” he told MPs.”It was kept secret at the time for reasons of wartime secrecy, but I think it is appropriate today in this House of Commons to remember all those who died, those who survived, and those who mourn them.” 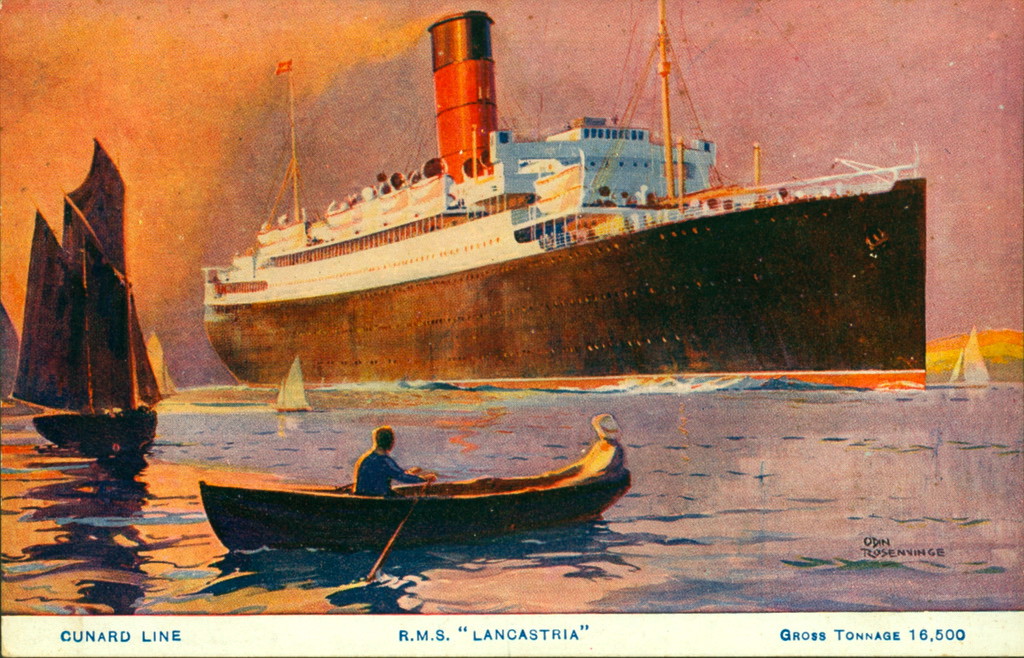