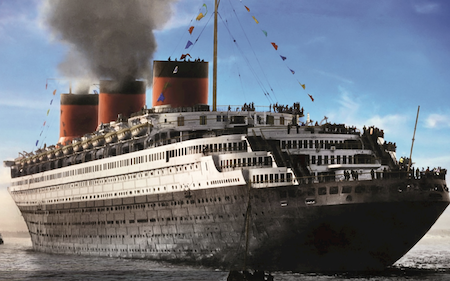 The SS Normandie was, of course, the result of a successive series of bigger and better French liners, beginning with the France of 1912 and continuing to the Ile de France (1927) and L’Atlantique (1931). Even the far smaller Champlain (1932) has often been called a prelude.

A great film on the SS Normandie… 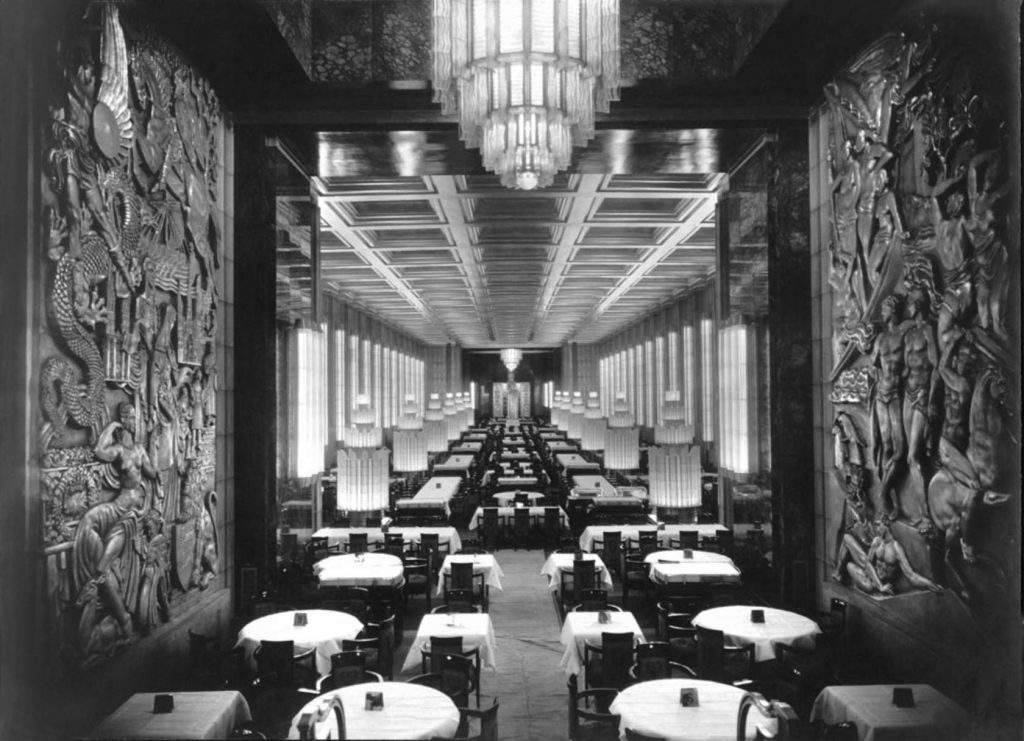 The French Government was very enthusiastic and subsidised much of $60 million construction cost, itself then the greatest amount paid for a passenger liner. (Comparatively, the 225,000-ton, 6,400-berth Allure of the Seas, the world’s largest liner in 2013, cost $1.5 billion when built in Finland in 2010.) 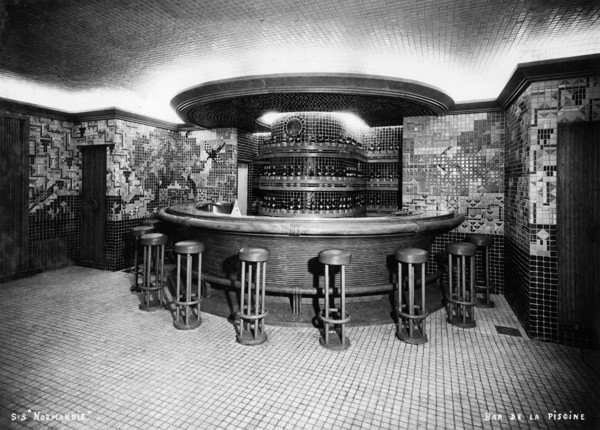 SS Normandie entered service in the spring of 1935, to great success, gala receptions and welcomes, and with further triumph at winning the prized Blue Riband for speed. With a record of 29.98 knots, she beat out the previous winner, Italy’s Rex and her speed of 28.92 knots. 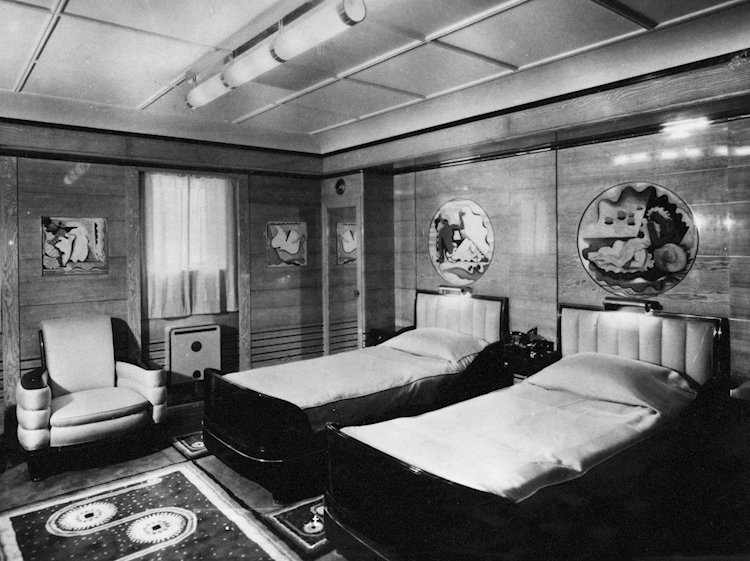 The Normandie – carrying 1,972 passengers (848 in first class, 670 in tourist and 454 in third) – was certainly the most extravagantly decorated liner of her day, perhaps of all time. The main dining room, for example, was done in hammered glass, bronze and Lalique and was slightly longer than the Hall of Mirrors at Versailles. It rose three decks in height. 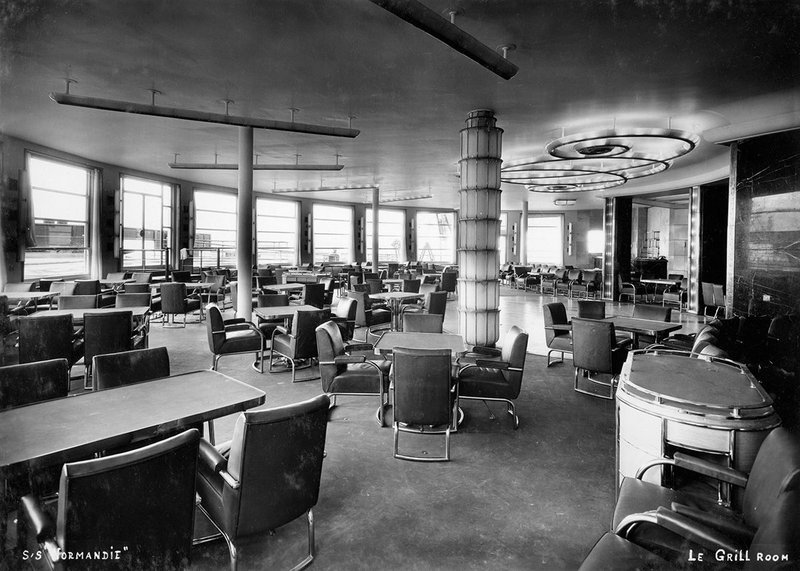 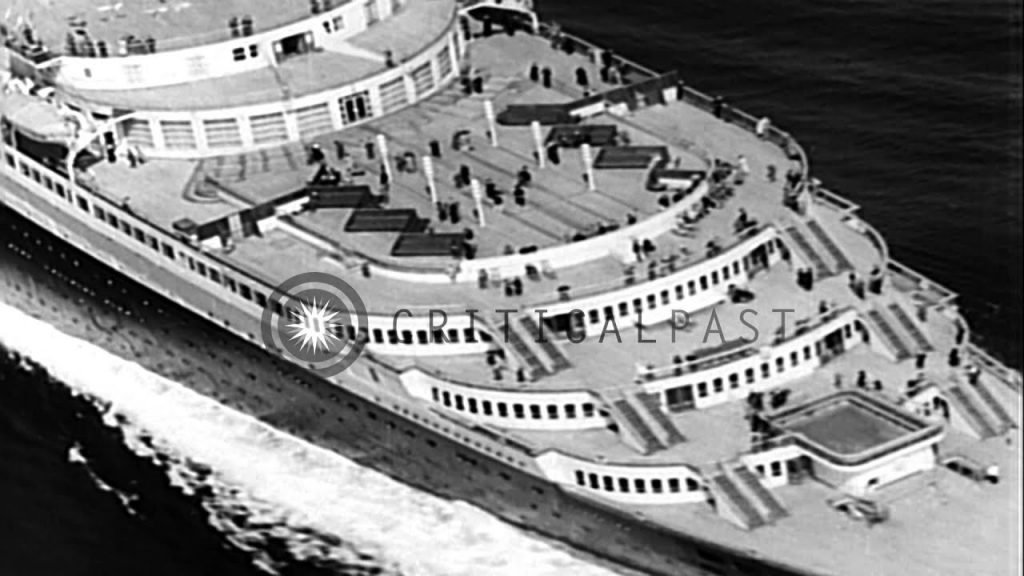 Sadly, the Normandie sailed for only 4 1/2 years before being laid-up at New York in August 1939, just days before the start of war in Europe. She would never sail again.