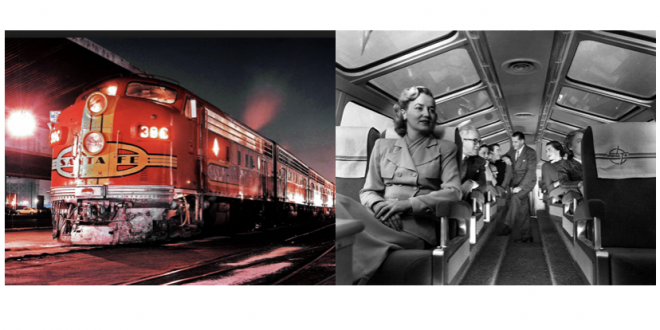 Virginia Leith purchasing a ticket for the SUPER CHIEF.