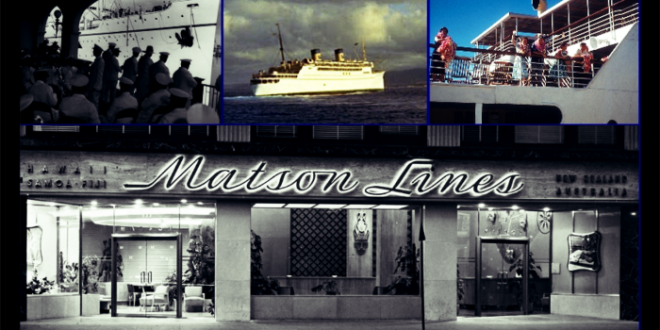 Raymond Lowey’s basic design philosophy was behind the creation of the interiors for Matson’s luxury liner Lurline and modern ticket office in downtown Los Angeles. These were the ultimate in mid-century design for California’s famous steamship line. 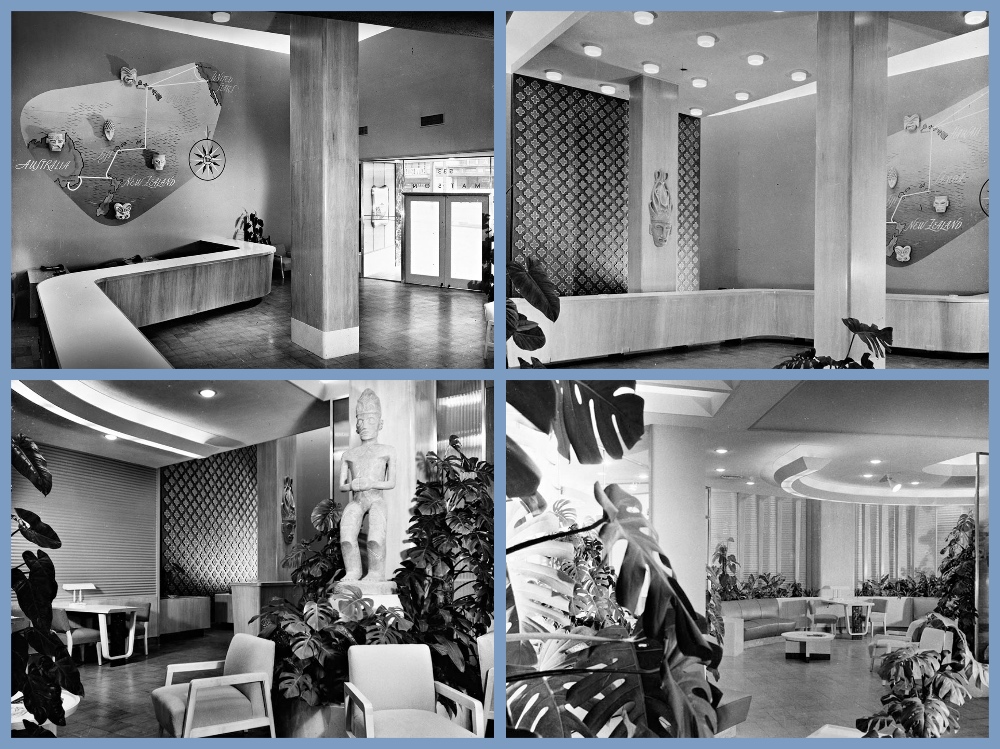 Raymond Loewy, whose modern concept of everything from fountain pens to airplanes, ships, and railroad trains won him the title of America’s foremost industrial designer. 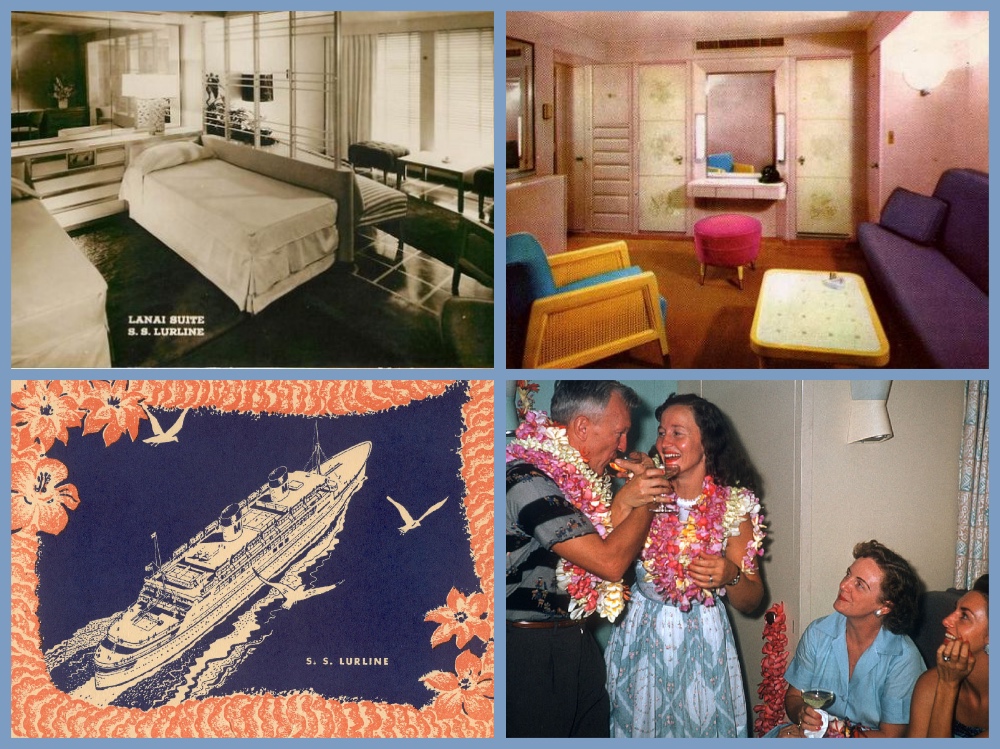 “We translated the relaxed gay atmosphere of Hawaii into the ship’s design so that a passenger’s island vacation begins the minute he steps aboard the Lurline,” Loewy said as he arrived in Los Angeles on the famous liner. 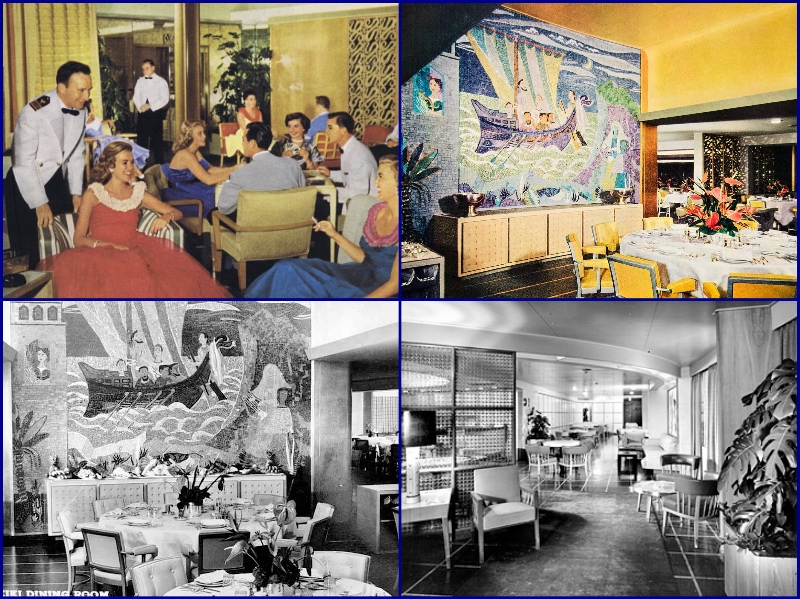 “We did not attempt to follow traditional lines, or any particular period instead we evolved a liveable, liveable, modern style that exemplifies contemporary American life and lends itself completely to, the colorful Polynesian decorative theme we adopted. 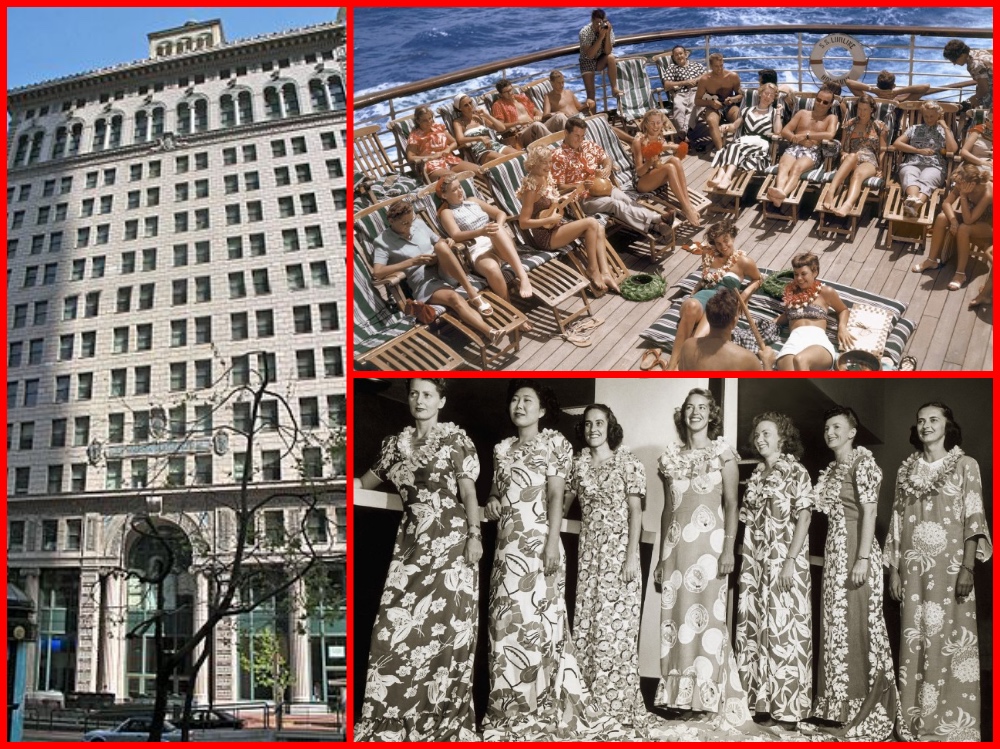 Raymond Lowey said: “This combination of simplified modern design and exotic decor symbolizes the link the Lurline provides between California and Hawaii.” 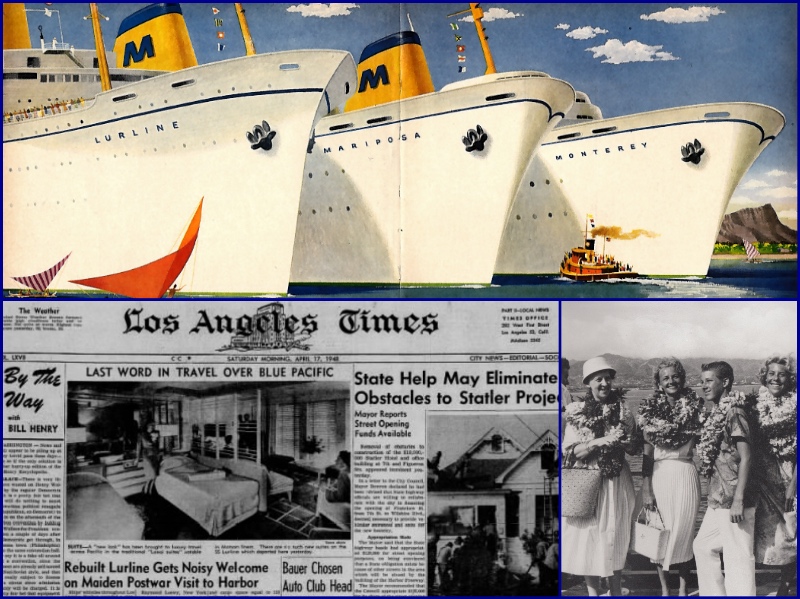 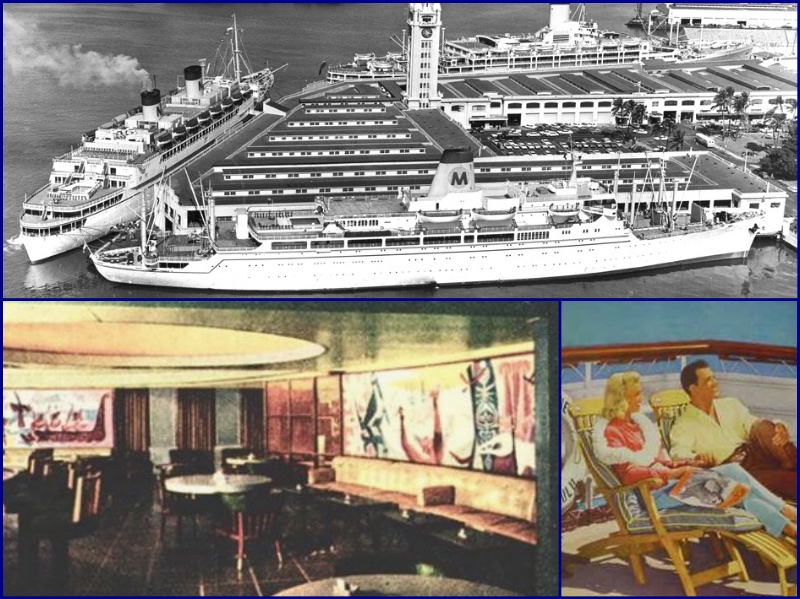 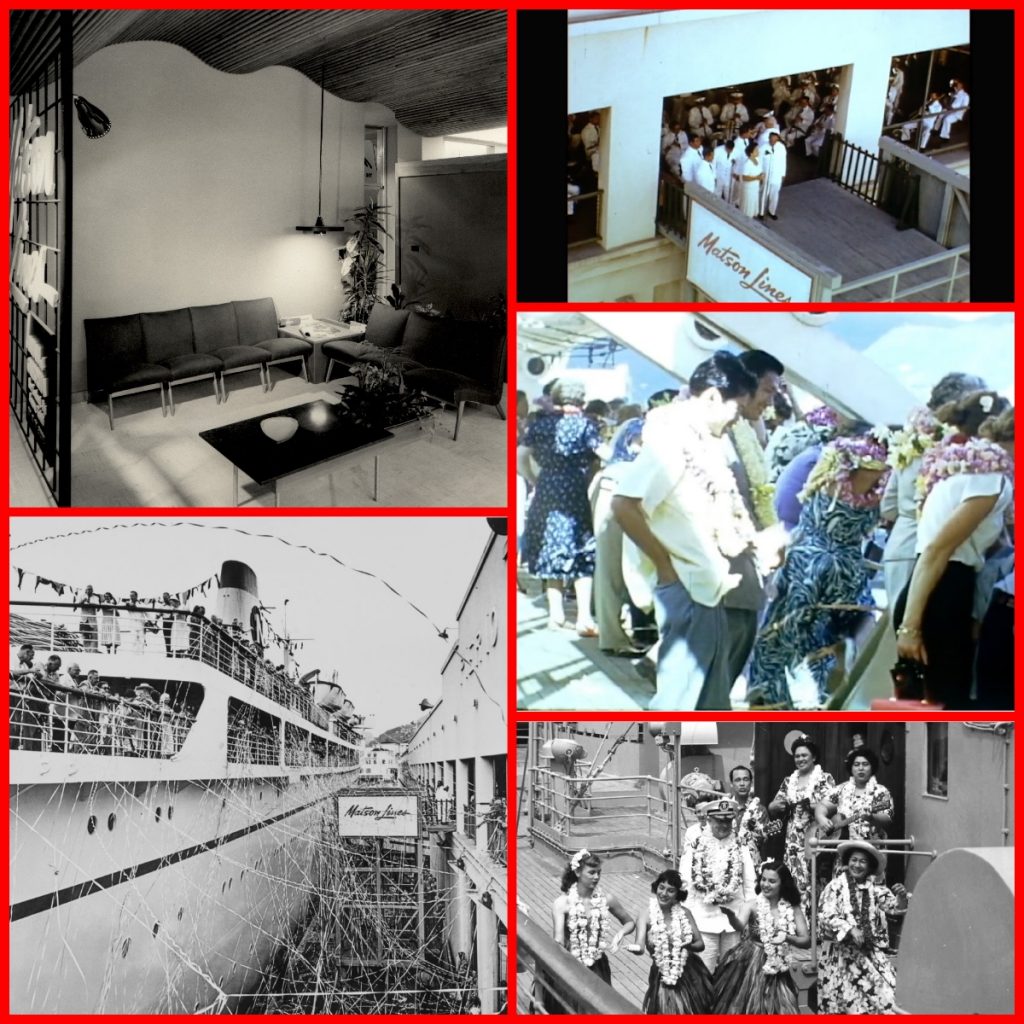