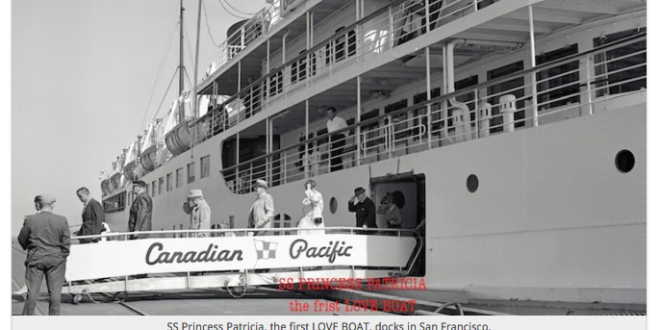 Offered on the intimate Pacific Princess, the unique sailing is the same length as the company’s first cruise – 14 days – and will include a blend of ports from the maiden itinerary such as Puerto Vallarta, Mazatlán and Manzanillo, with some newer destinations such as La Paz and Loreto. Guests on the cruise will be treated to an array of activities and entertainment commemorating half a century of cruising by the famous line, and will also be joined by some surprise guests.

“This nostalgic cruise to Mexico will be the perfect finale to what’s sure to be a special 50th anniversary year for Princess,” said Jan Swartz, Princess Cruises president. “For this significant milestone we couldn’t resist recreating, with some new touches, the very first cruise our company operated. And because the name Pacific Princess is so integral to our company’s history, we wanted to offer the cruise aboard the current ship with this iconic name.”

One of the best-known names in cruising, Princess Cruises first set sail in 1965 with a single ship cruising to Mexico. Nearly 50 years later, the line has grown to become the third largest cruise line in the world and a recognized leader in taking travelers to some of the most fascinating places around the globe.

HISTORY OF PRINCESS CRUISES and THE LOVE BOAT… Last week Princess Cruises announced that it was scheduling the Pacific Princess (above) for a 14-night 50th Anniversary cruise from Los Angeles to the Mexican Riviera on December 3, 2015, fifty years to the day after the chartered Princess Patricia (top) departed on her first voyage for the new line.

Princess Patricia docked in Vancouver, BC, Canada. These were the original colors during the period Stanley McDonald charted the night boat from CPR. The two stacks were later changed to the red colors seen in the photos above.