LATEST
Home > ALL POSTS > PETER KNEGO, the maritime historian who turned his home into a MID-CENTURY ocean-liner. 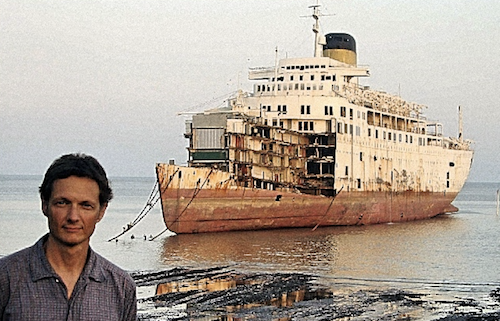 PETER KNEGO, the maritime historian who turned his home into a MID-CENTURY ocean-liner.

Maritime historian Peter Knego, who liked the former British passenger liner AUREOL, once the flagship of Elder Dempster Lines, so much that when she was broken up he rescued enough of her fittings to fill a shipping container, including a mahogany bar, tiger-maple panelling, cabinets, chairs and light fixtures and installed the lot in his California home in Oceanside, California. Peter’s salon bar in his home furnished with mid-century objects from great liners including the Aureol elegant bar. Peter with friends on the shores of Alang, India. The final burial ground for great cruise ships and ocean liners. Peter along with famous ships being ripped apart. Check out his great videos.