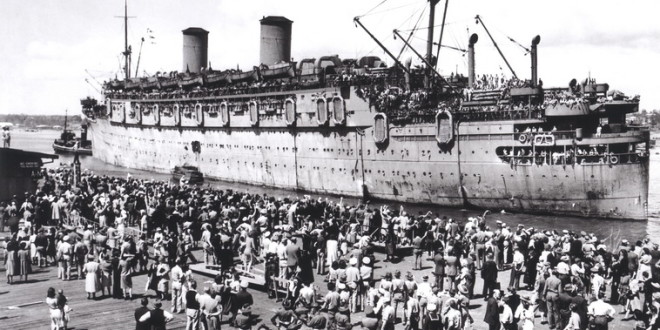 Cruise History and Liner History: The SS Lurline was half way from Honolulu to San Francisco on 7 December 1941, when the Japanese bombed Pearl Harbor.

What about all the American ships that were at sea on December 7th? The United States Lines, Grace Line and Alaska Line steamships.  There were over a 100 US flag passengers ships at sea when World War 2 was declared.

What about all the American ships that were at sea on December 7th? The United States Lines, Grace Line and Alaska Line steamships.  There were over a 100 US flag passengers ships at sea when World War 2 was declared. Another shipboard view of the SS Lurline  her normal cruise route bound for San Francisco, 5 December 1941. Two days later the USA was at war. And the famed liner SS Lurline was rushing back to the San Francisco and the safety of California. Film star Cornell Wilde and his wife aboard the SS Lurline in the late 1940s.