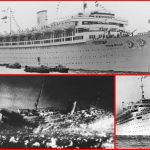 MV Wilhelm Gustloff was a German transport ship that was sunk on January 30, 1945, by Soviet submarine S-13 in the Baltic Sea. The former cruise liner was evacuating German civilian refugees from East Prussia, Lithuania, Latvia, Poland, Estonia, and military personnel from Gotenhafen (Gdynia) as the Red Army advanced. By ... END_OF_DOCUMENT_TOKEN_TO_BE_REPLACED 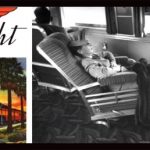 The Southern Pacific’s Streamliner Coast Daylight was the West’s finest train in the 1940s, 50s, and early 1960s, linking Los Angeles and San Francisco on a glorious daylight trip, streaking along the edge of the Pacific Ocean for more than a hundred breathless mile. The streamliner traveled along the coast ... END_OF_DOCUMENT_TOKEN_TO_BE_REPLACED 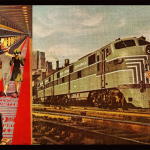 Have you wondered where the much-overused phrase “the red carpet treatment” originated? It all started with the 20th Century Limited. The train of tycoons and movie stars. The “Century” was an express all-Pullman passenger train operated by the New York Central nightly from New York to Chicago. From 1938 until ... END_OF_DOCUMENT_TOKEN_TO_BE_REPLACED 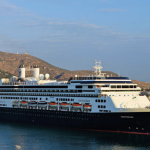 Hundreds of American passengers thought they were in for the cruise of their lives when they boarded Holland America’s MS Amsterdam at Port Everglades on January 4, 2020, Around The World Cruise.  That was before the novel coronavirus sparked a worldwide crisis that has thrown the travel industry into unprecedented ... END_OF_DOCUMENT_TOKEN_TO_BE_REPLACED 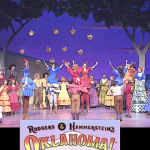 Enjoy the complete video presentation of the award-winning recreation stage version of Oklahoma! as it premiered on Broadway in 1943 at no charge. The New York hit musical is for all ages and a quick excursion back to a simpler time. Act 1 and Act 2  from the recreated original ... END_OF_DOCUMENT_TOKEN_TO_BE_REPLACED 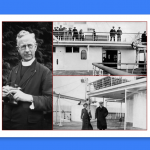 The Titanic didn’t just send hundreds of its passengers to the bottom of the ocean—it also took all the evidence of what life was like on board for the ill-fated travelers. Or at least it would have, were it not for Father Francis Browne. Frank Browne’s mother died whilst he ... END_OF_DOCUMENT_TOKEN_TO_BE_REPLACED 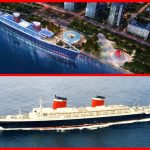 RXR Realty LLC of New York plans to renovate the S.S. United States. The massive ocean liner that has spent decades deteriorating at a dock near South Philadelphia’s big-box shopping district into a hotel-and-museum complex for a yet-to-be-determined city’s waterfront. The developer, whose properties include Manhattan’s Helmsley Building and 75 ... END_OF_DOCUMENT_TOKEN_TO_BE_REPLACED

Social History: ELSA MAXWELL – the ‘Hostess with the mostest’! 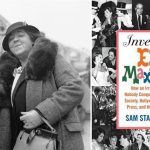 Pianist, gossip columnist, TV star, and above all a giver of great parties, Elsa Maxwell was famous for being herself. She was most likely far more interesting than the celebrities she covered. Elsa Maxwell first worked as a theatre pianist after leaving school at the age of 14 and before ... END_OF_DOCUMENT_TOKEN_TO_BE_REPLACED