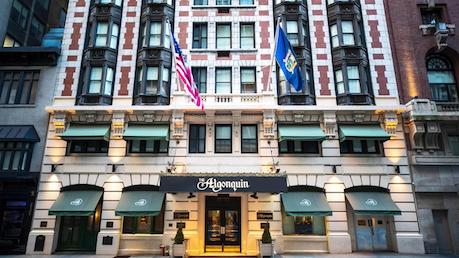 There isn’t a place in New York more important to Dorothy Parker’s enduring legacy than the Algonquin Hotel (59 West 44th Street). Any devotee of Parker worth his weight in books will know that “The Gonk” is where the Round Tablemet for several years beginning in June 1919. 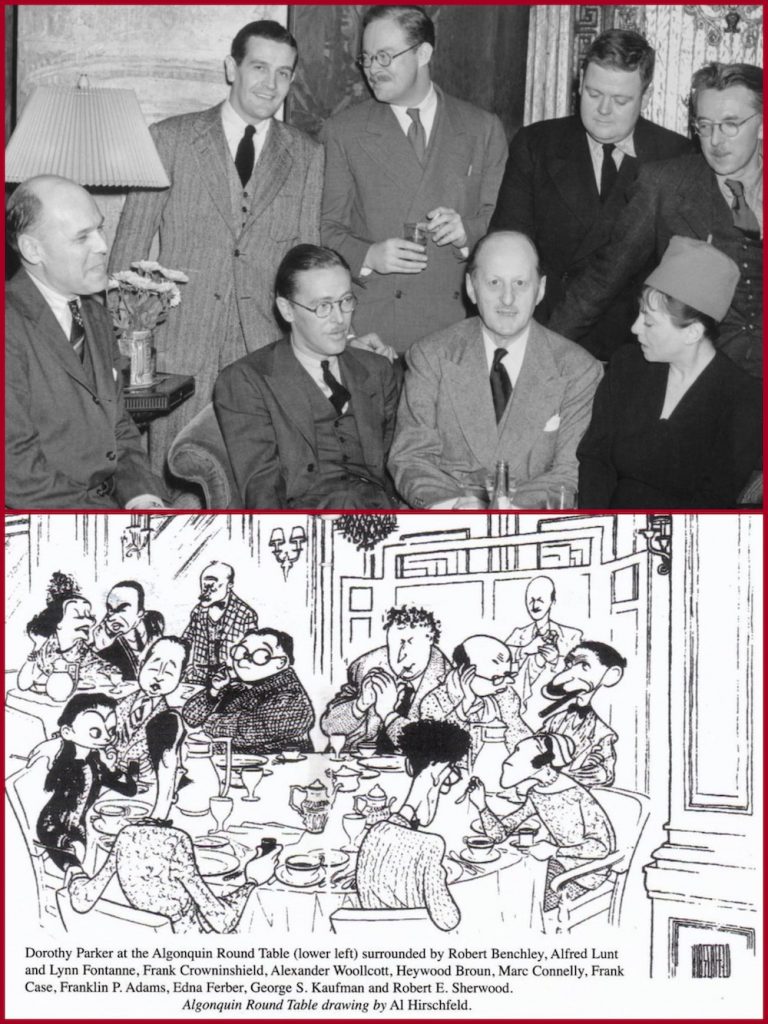 For more than a decade a group of writers, critics and entertainers gathered each day at New York City’s Algonquin Hotel, earning themselves the nickname the “Algonquin Round Table.” The “10-year lunch” epitomized the glamour and excitement of the Roaring Twenties.

The “Vicious Circle” is the most celebrated literary group in American literature. The Algonquin Hotel functions as the headquarters and clubhouse for all fans of Parker and The New Yorker, which was founded on its second floor. 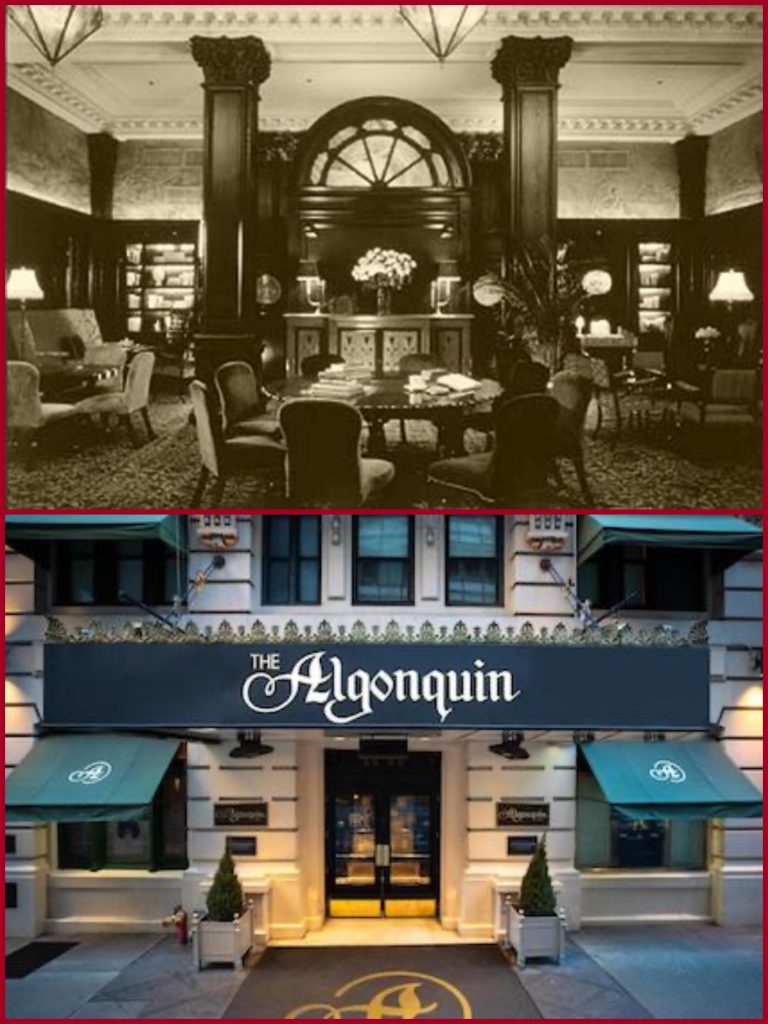 Fueled by alcohol, witty banter and caustic wit, this group of trendsetters, ranging from Dorothy Parker to George S. Kaufman, capitalized on a new era of pop culture celebrity, becoming household names and launching a cultural legend at the Round Table.

The Gonk was designed by architectGoldwin Starrett and opened on Nov. 22, 1902. It has a Renaissance limestone and red brick facade, is 12 stories tall, and has 174 guestrooms. It is on the same street as the New York Yacht Club (37 W. 44th), Harvard Club (27 W. 44th) and the Bar Association (42 W. 44th), hence the name “Club Row” it is near. One of the former locations of The New Yorkeris just down the street at (28 W. 44th) and was the magazine office from 1935-1991. The Hippodrome, the most massive theater Broadway ever saw, sat across the street until it was demolished in 1939. 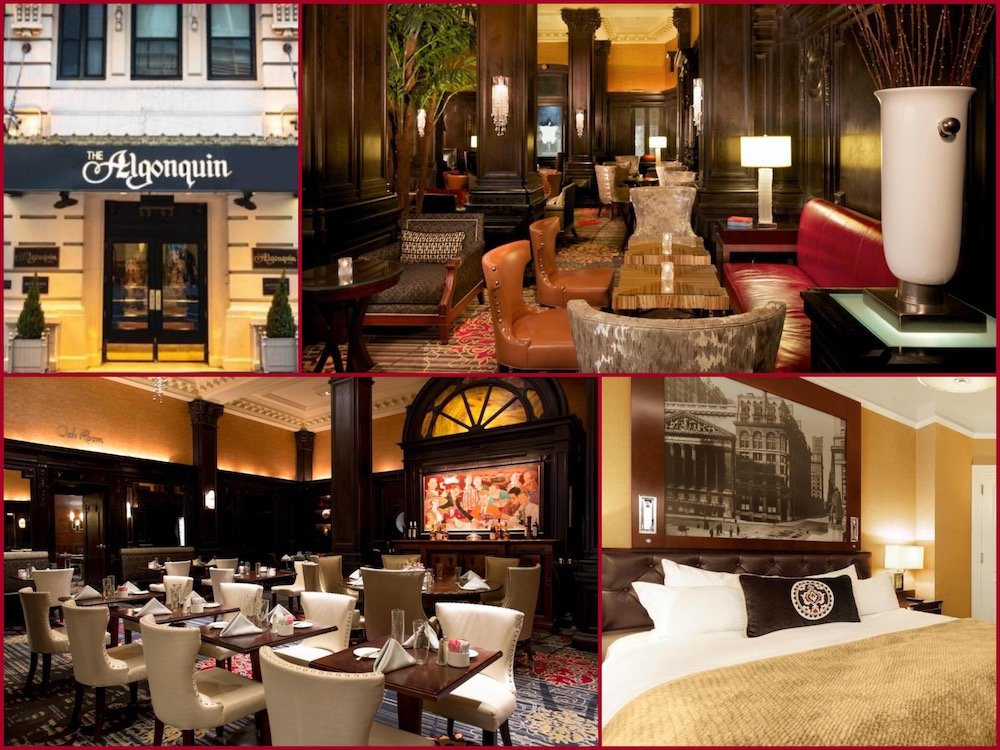 The hotel’s first general manager, Frank Case, deserves a lot of the credit for the success of the business. When he was hired in 1902 the owner was going to call it the Puritan Hotel, until he put a stop to it. Case managed it until 1927, when he bought it. He curried favor with publishing and theater people, who always were welcome. 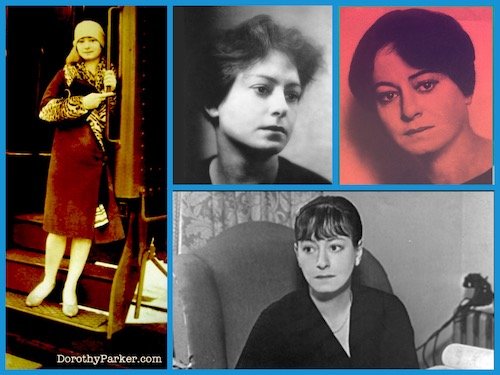 Stuart Silverstein edited Not Much Fun: The Lost Poems of Dorothy Parker in 1996. He says that the enduring legacy of the group of newspaper writers, magazine editors, critics, actors and hangers-on is timeless. “The first lunch at what later was called the Round Table probably occurred eighty years ago,” Silverstein said in 1999. 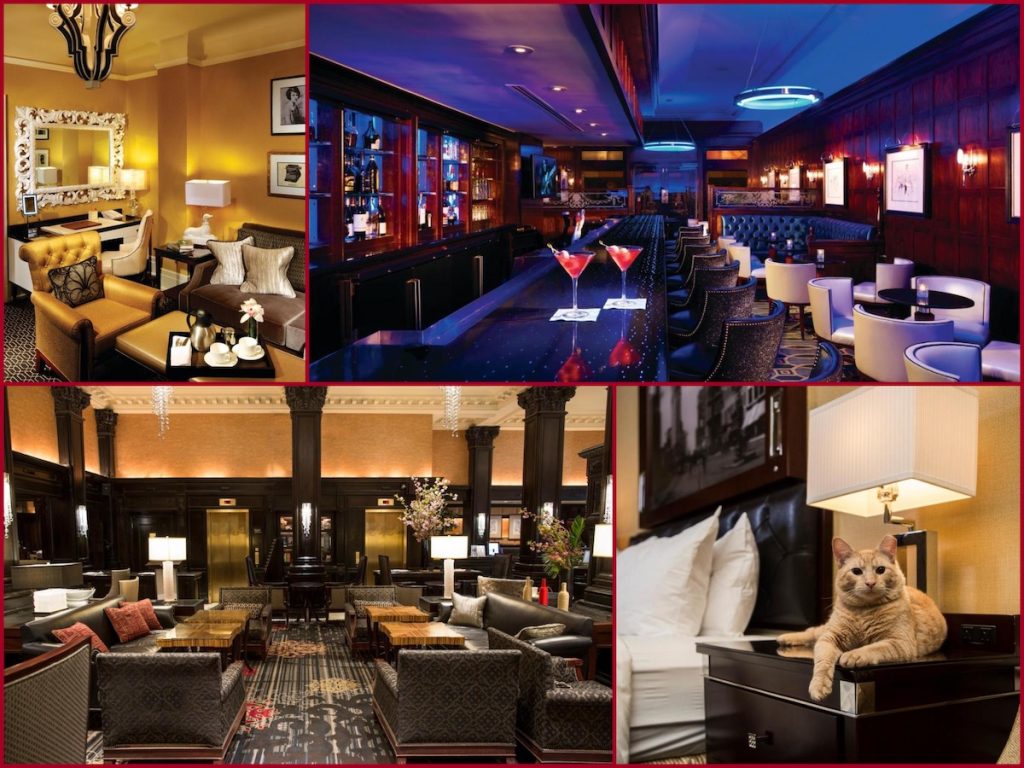 In 1987 the Algonquin was designated a New York City landmark; however it is not protected by the Landmarks Preservation Commission. Neither the interior or exterior are protected from renovation nor demolition. In 1996, the Friends of Libraries USA added the hotel to its list of National Literary Landmarks and a plaque was dedicated.