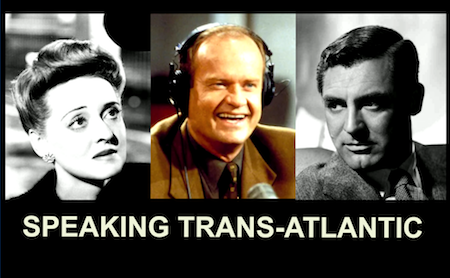 Speaking like BETTE DAVIS, CARY GRANT or FRASIER on “FRASIER”! 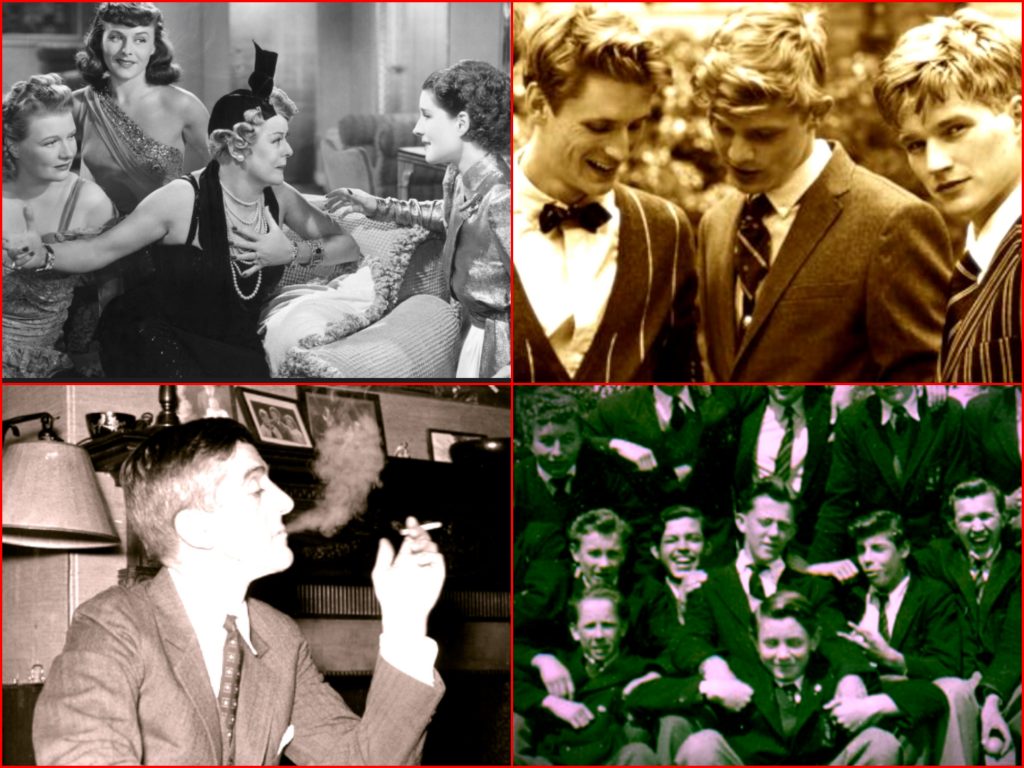 The Mid-Atlantic accent, or Transatlantic accent, is a purposefully cultivated accent of English that blends together the most prestigious features of American and British English (specifically Received Pronunciation for the latter). 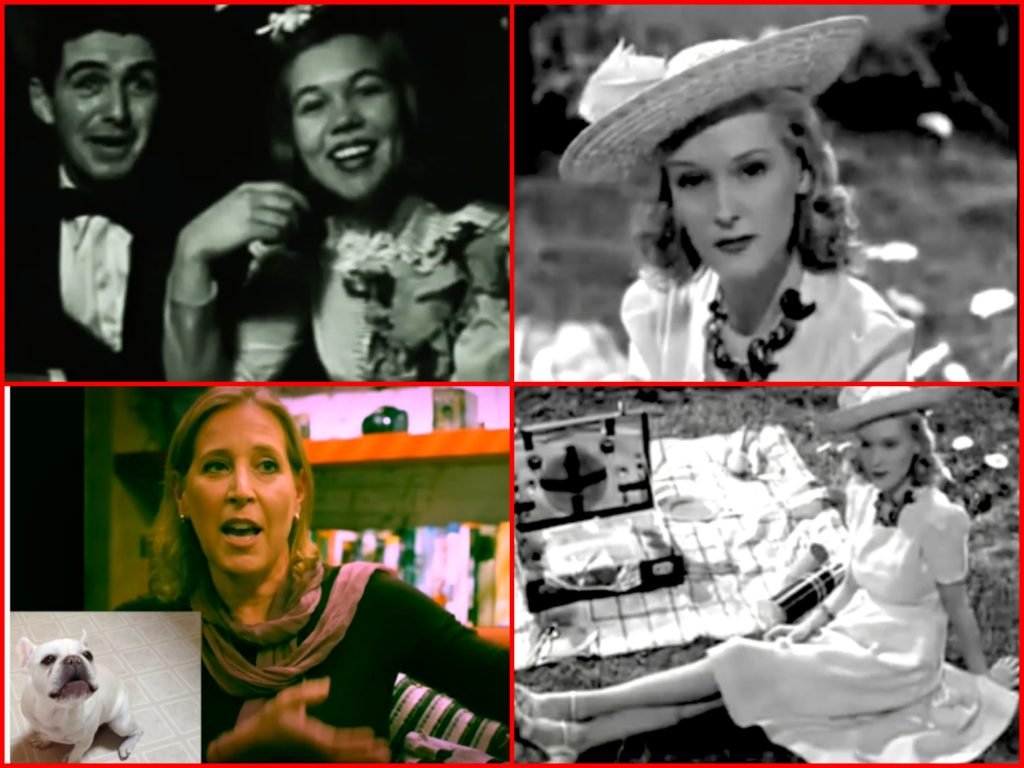 Primarily fashionable in the first half of the 20th century, the accent was embraced in private independent preparatory schools, especially by members of the Northeastern upper class, as well as in schools for film and stage acting. 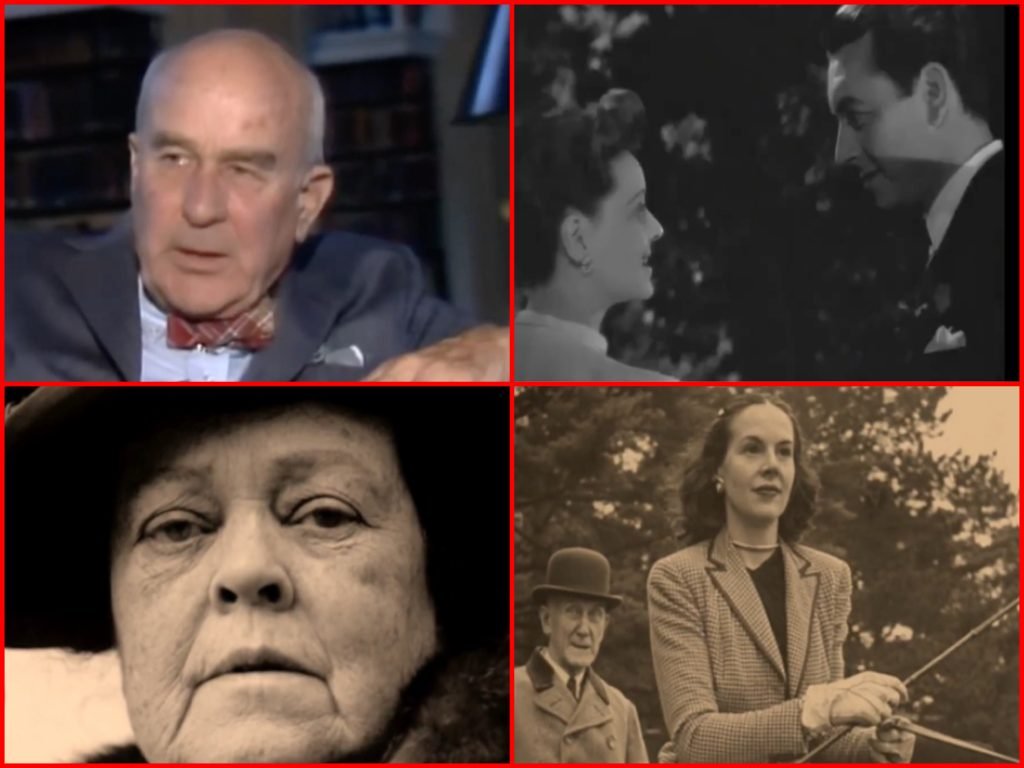 Many people advocate for putting the accent back in use. Bring back speech classes in schools and colleges. 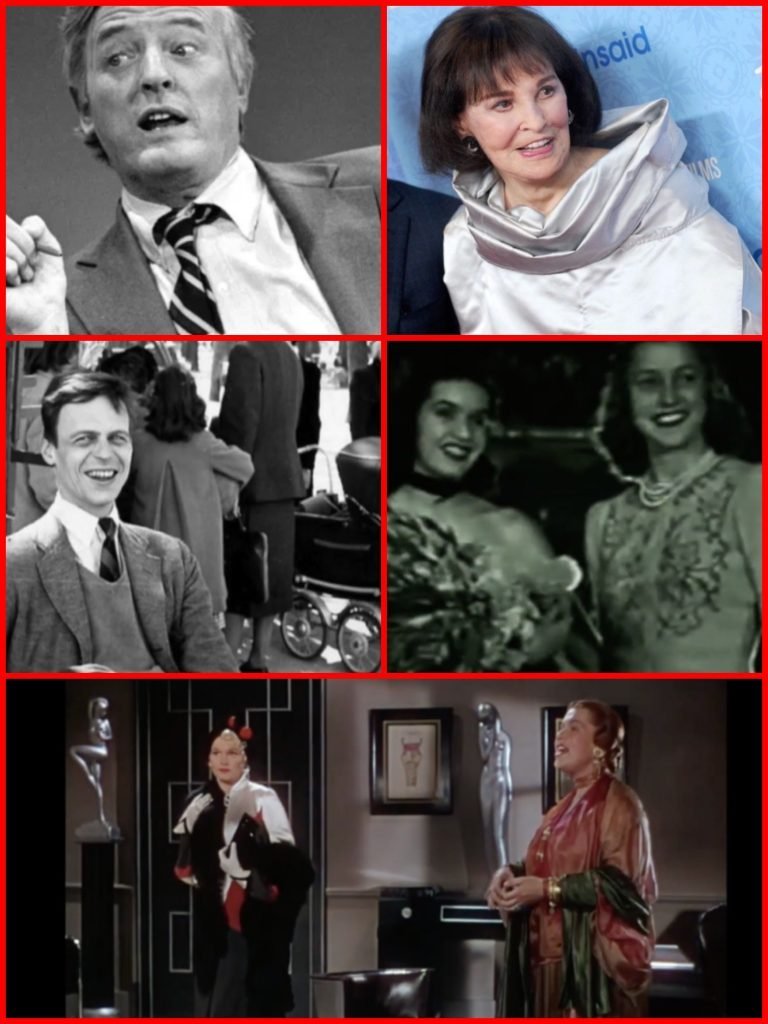 Some who spoke with a Transatlantic accent or something close to it in the movies-TV: Katherine Hepburn, Ingrid Bergman, Franklin Roosevelt, William F Buckley (in his own way), Niles and Frasier on “Frasier”, the millionaire on “Gilligan’s Island”, Orson Welles in “Citizen Kane”, Peter Jennings, Vincent Price, Anthony Hopkins, Cary Grant, the Tin Man in “The Wizard of Oz”, Bette Davis, and most British actors who try to sound American (but not, of course, Idris Elba or Hugh Laurie of “House”)