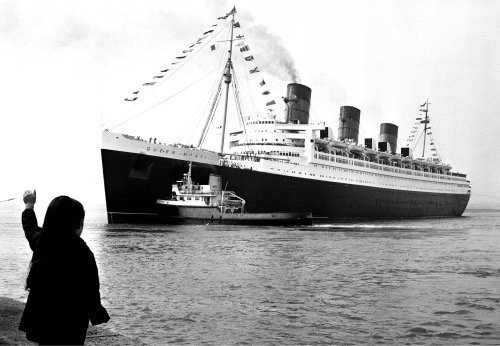 The famous RMS Queen Mary sailed on the North Atlantic Ocean from 1936 to 1967 for the Cunard-White Star Line. She offered weekly liner service from England and France to New York.