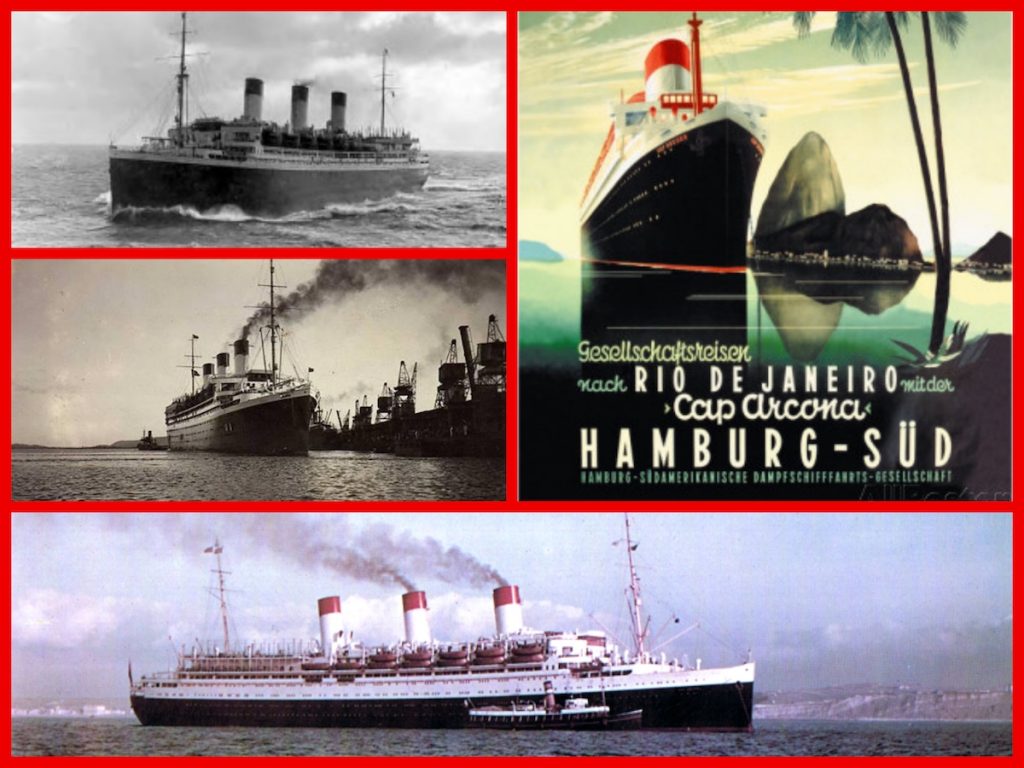 In 1940, the Cap Arcona was taken over by the Kriegsmarine (the German Navy), painted overall gray, and used in the Baltic Sea as an accommodation ship in Gdynia, Poland.

These trips were made very dangerous by mines and Soviet submarines. On 30 January, the MV Wilhelm Gustloff, carrying a total of 10,582 passengers and crew, was torpedoed by the Soviet submarine S-13 and sank in forty minutes.

An estimated 9,400 died. In the early morning of February 11, the same submarine S-13 torpedoed the 14,666-ton SS General von Steuben on its way to Copenhagen with military and civilian passengers. 3,500 were lost.