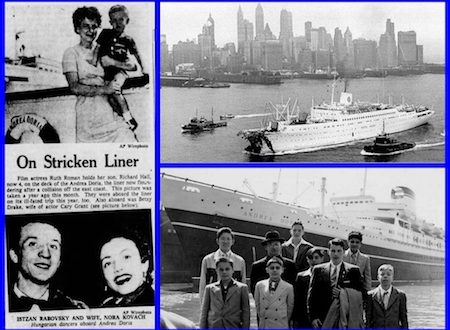 In July 1956, the SS Andrea Doria sank on the last night of its voyage from Italy to New York City. 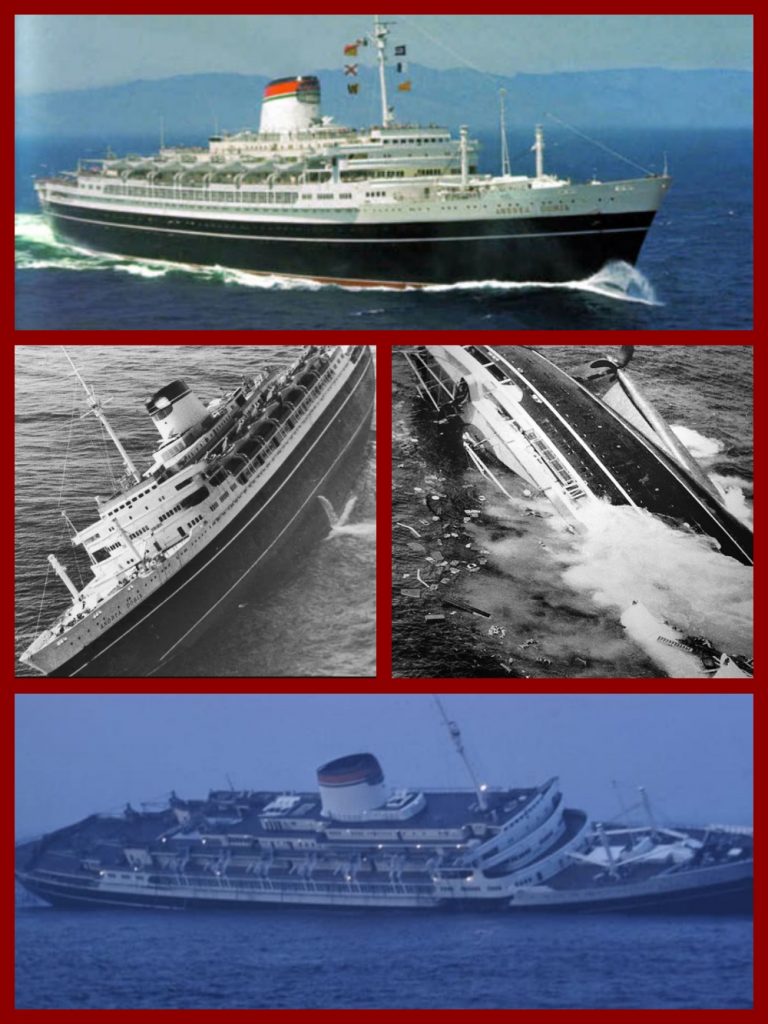 The beautiful Andrea Doria at sea and the ship sinking. 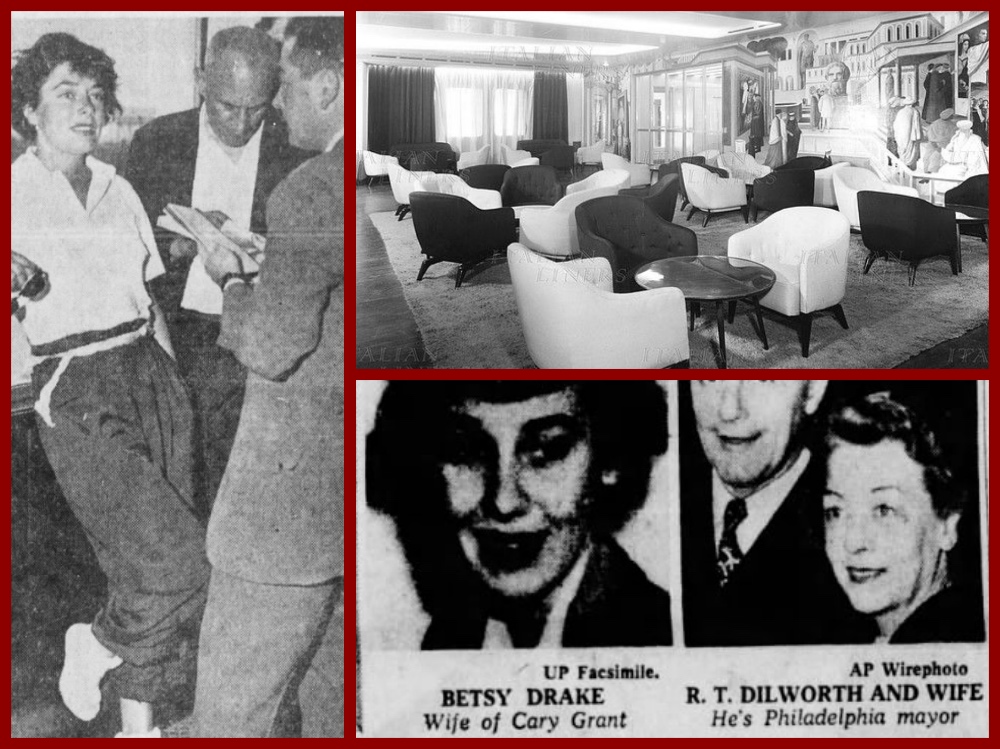 CW: Ruth Roman interviewed by the press; Lounge on Andrea Doria; Betsy Drake and Philadelphia Mayor and his wife.

LAST NIGHT FOR THE ANDREA DORIA 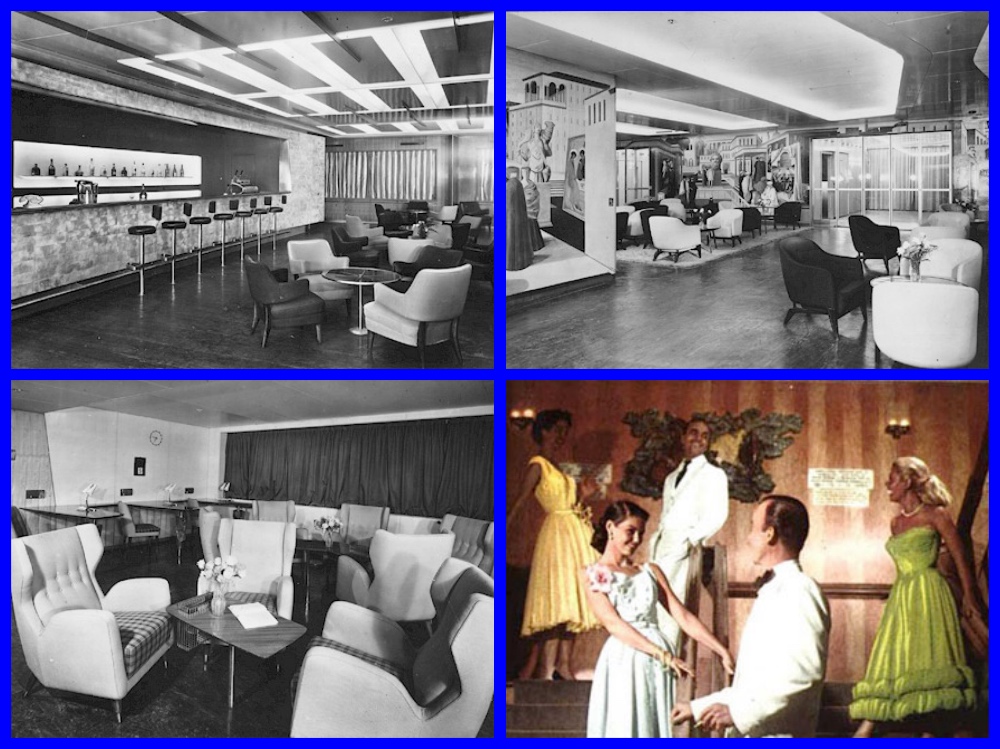 Public rooms on the Andrea Doria and passengers with officers. 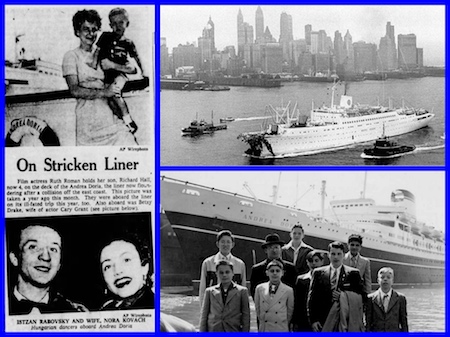 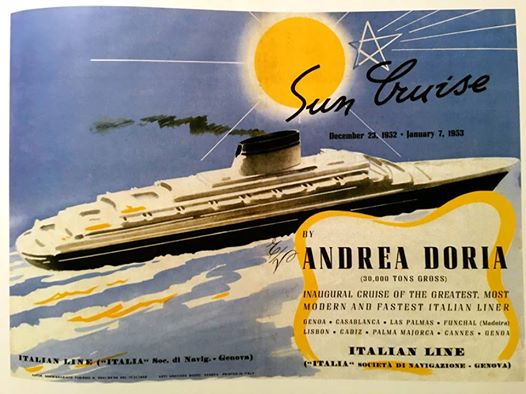 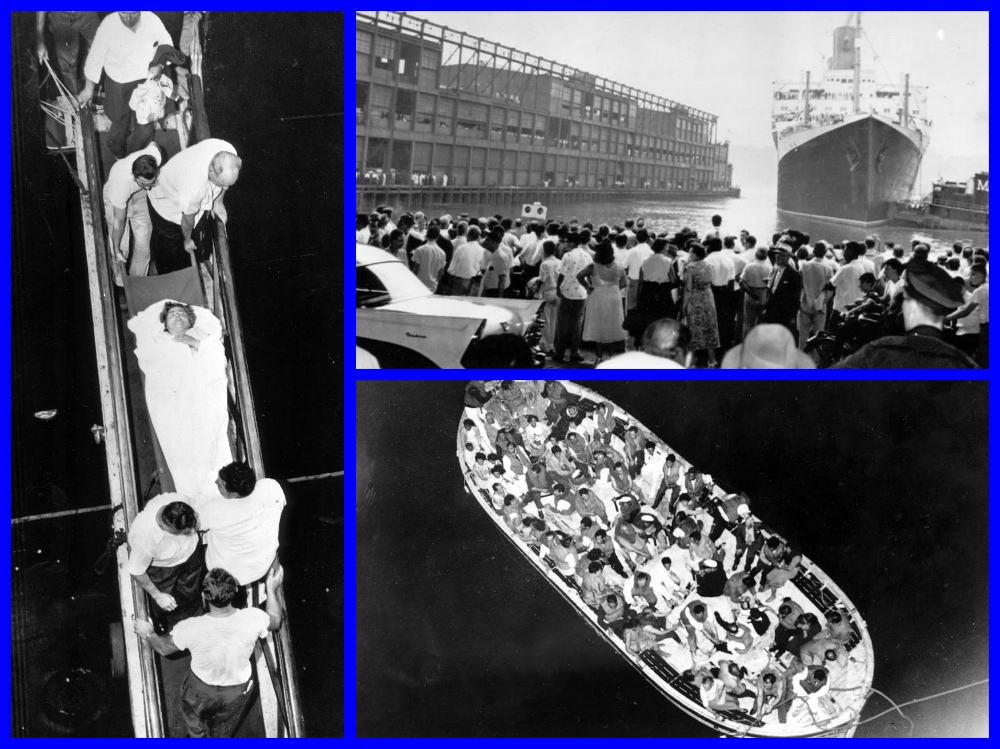 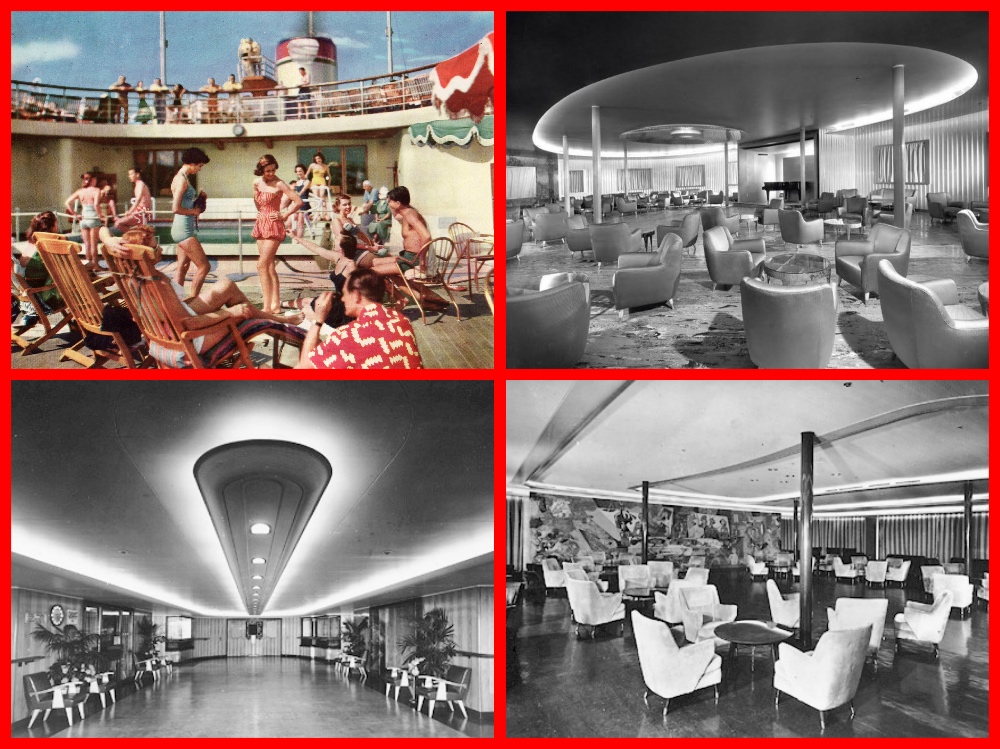 THOSE THAT DIED ONBOARD

THE INJURED AND THOSE THAT DIED DURING THE RESCUE

In addition to the lives lost in the collision, three more of Andrea Doria’s passengers died from injuries and ailments which occurred during and after the evacuation.

THE SHIPS ARE SEPARATED

After the ships had separated, as Stockholm crew members were beginning to survey the damage, a miraculous discovery was made.

END OF AN ERA

In a way, the Andrea Doria tragedy seemed a portent to the end of elegant travel.
The jet age was on the horizon, as was the age of instant media coverage for such events, with all its sensationalism and cruel lack of privacy for victims.

A few of the notable celebrities who had sailed on her were Tennessee Williams, Anna Magnani, Elizabeth Taylor, Kim Novak, Christine Jorgensen (the world’s first transsexual woman), Clark Gable, and comedian Gracie Fields.