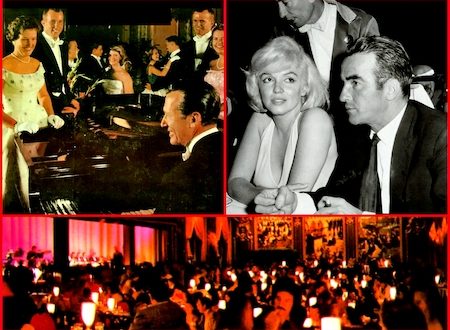 San Francisco’s Ernie Heckscher retired in 1984 after decades of leading his dance orchestra in San Francisco. 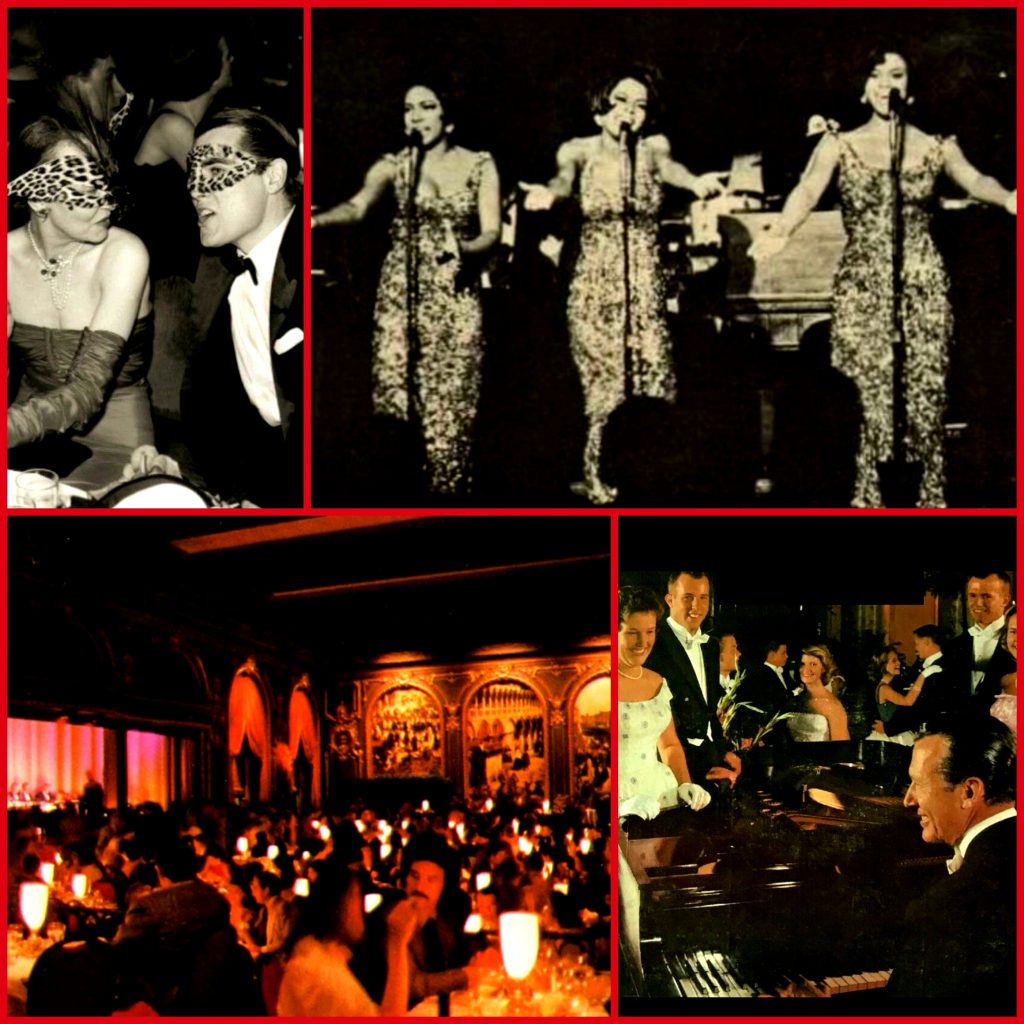 New Year’s Eve was an annual event for the Bay Area – with tourists joining high society locals from Marin County to across the Bay and south from Atherton to San Jose. It was a top drawer time.

OUR NEW VIDEO featuring DANCING WITH ERNIE at the FAIRMOUNT HOTEL

Latest Video featuring the Venetian Room and Ernie Heckscher Orchestra. Click on the image above to play – 2 minutes plus in length – features a dance tune. 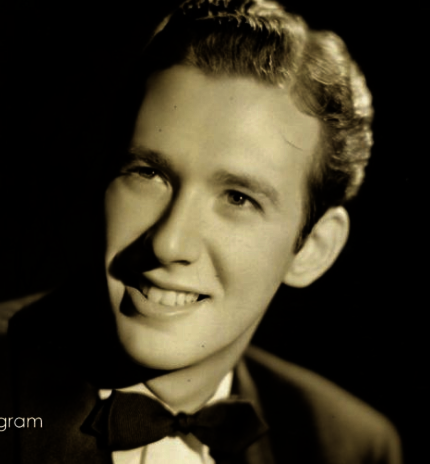 Mr. Heckscher was born in England, the son of the American poet Robert Valentine Heckscher, and was brought to San Francisco as a child. 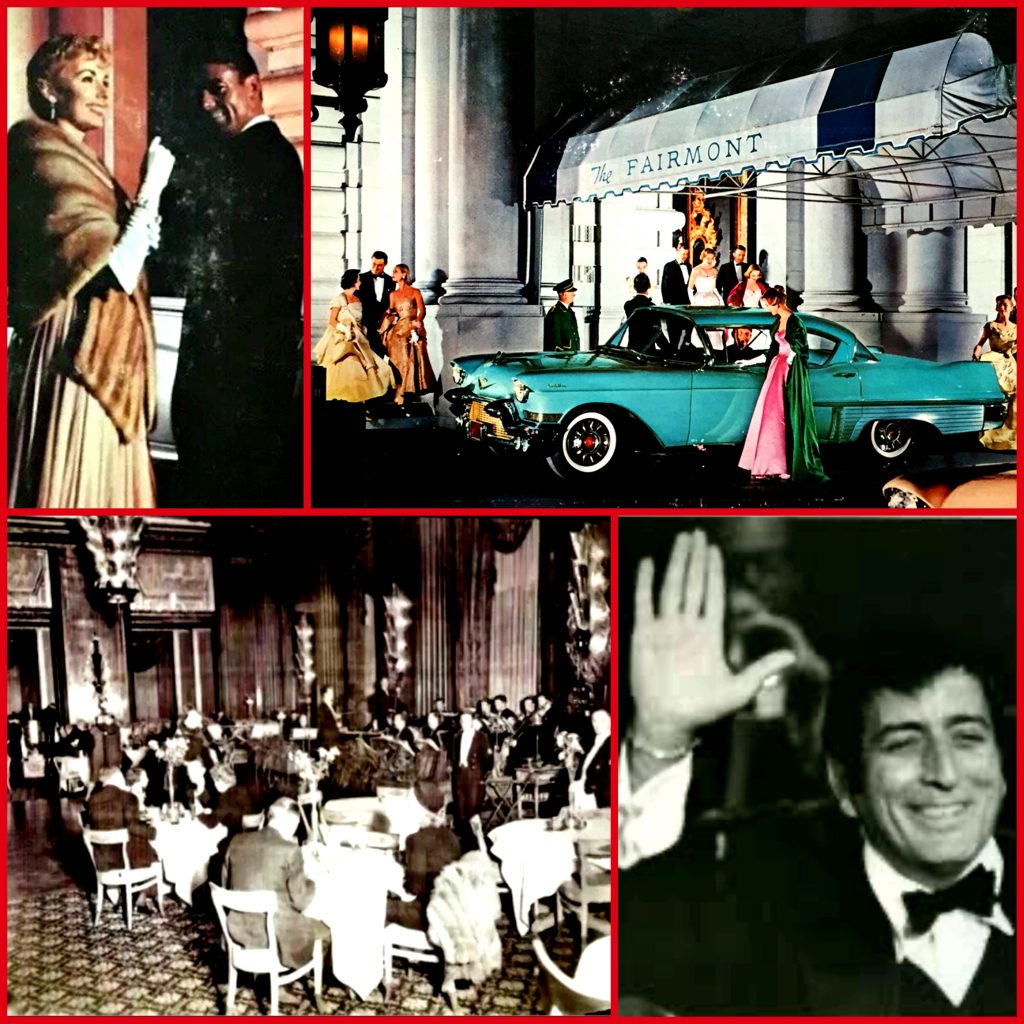 After his graduation from Stanford, he played at debutante balls and Junior League soirees until his first performance at the Palace Hotel in fall 1939. 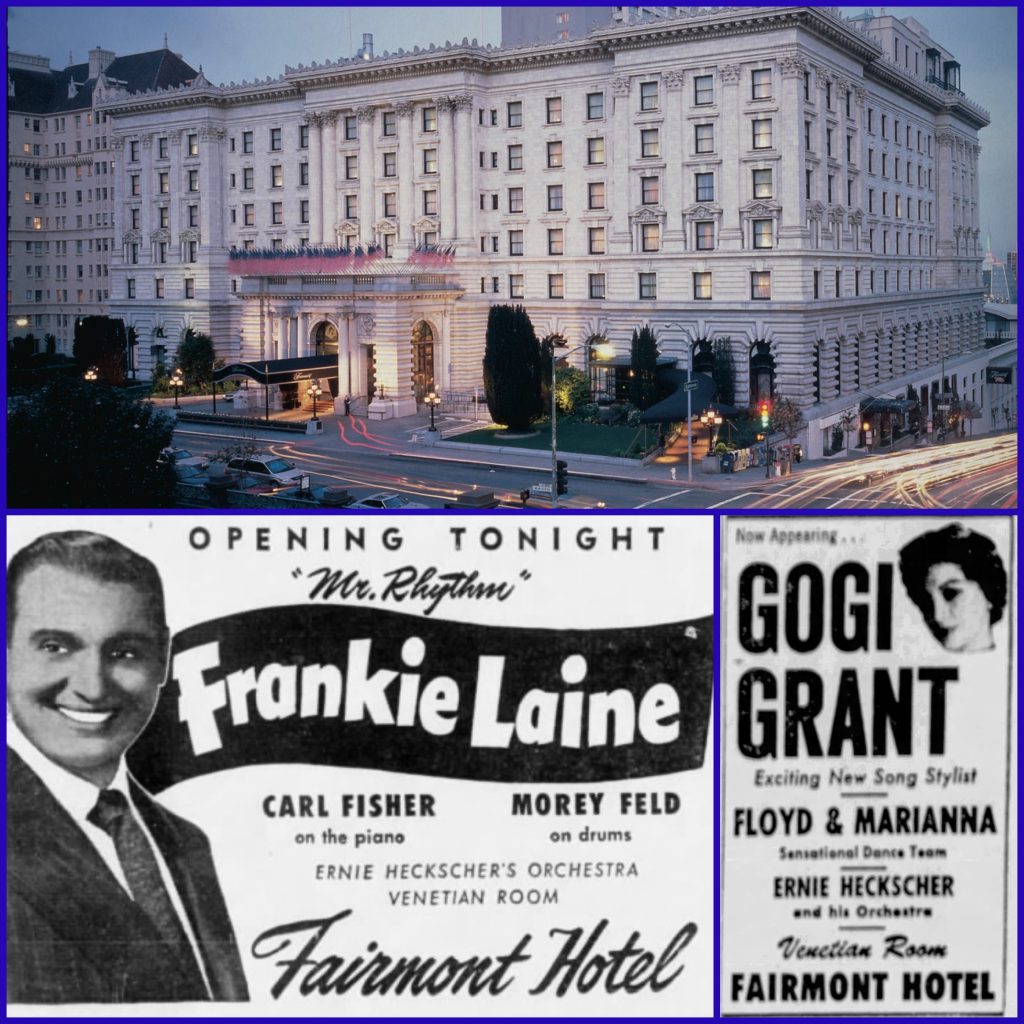 He was initially hired at the Venetian Room across the street from the Mark Hopkins for a three-week engagement in 1948 but stayed for 36 years. 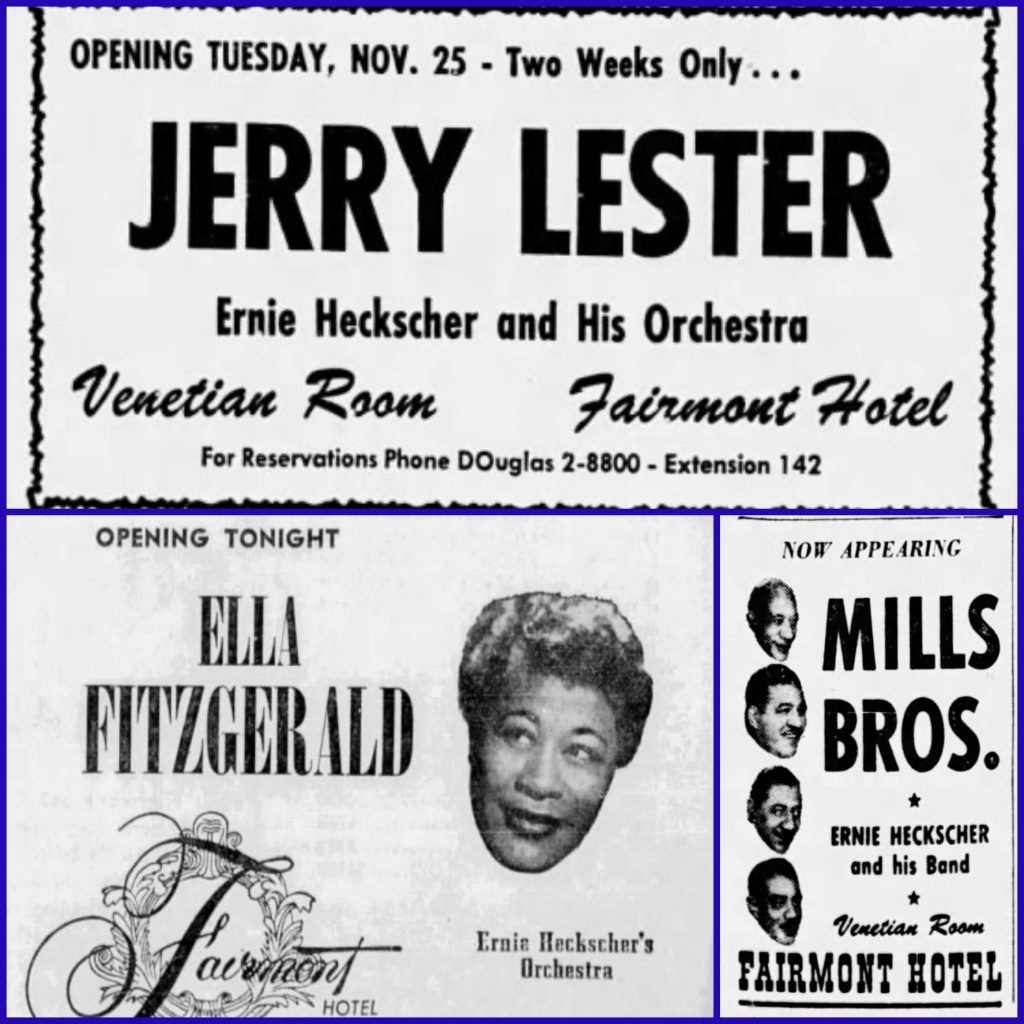 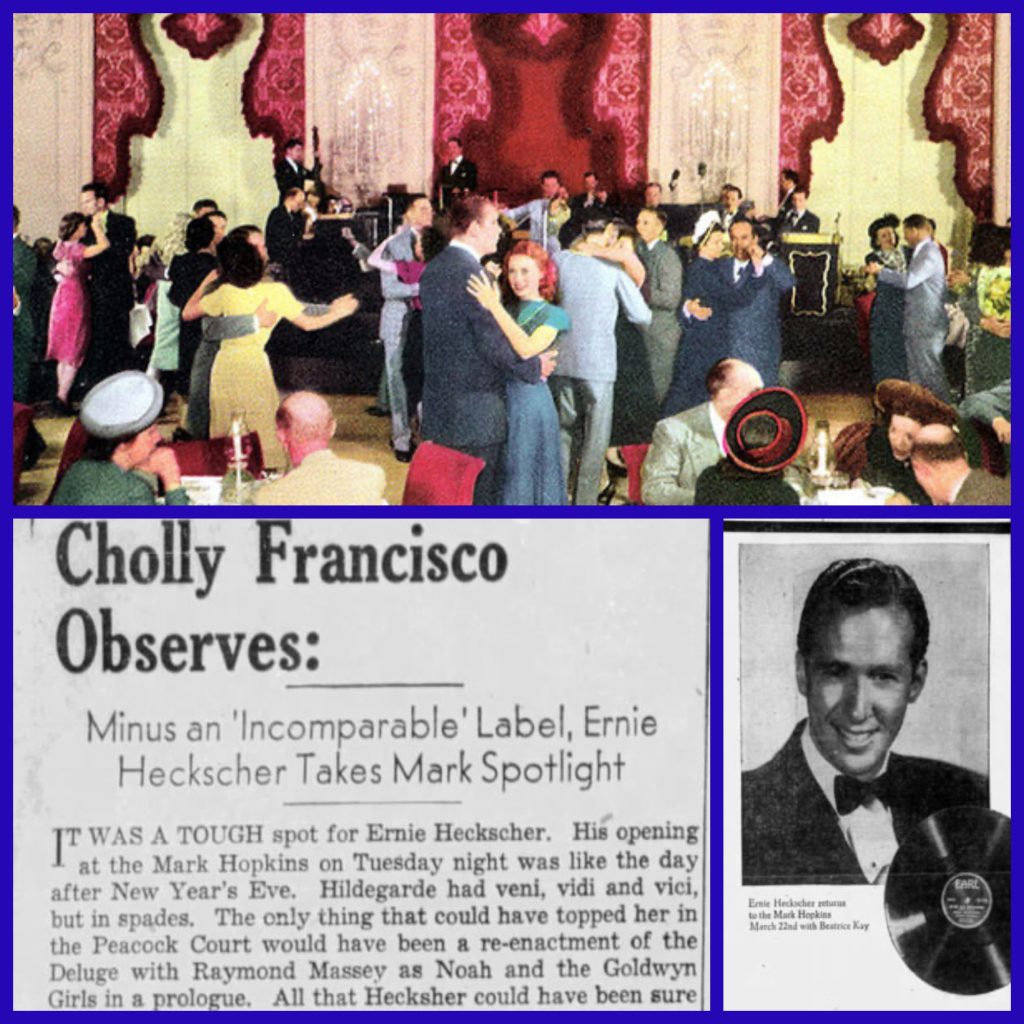 When famed designer Dorothy Draper decorated the Fairmont, she gave the “Draper Touch” to the Venetian Room Supper Club, which opened in 1947 and could accommodate 400 guests. 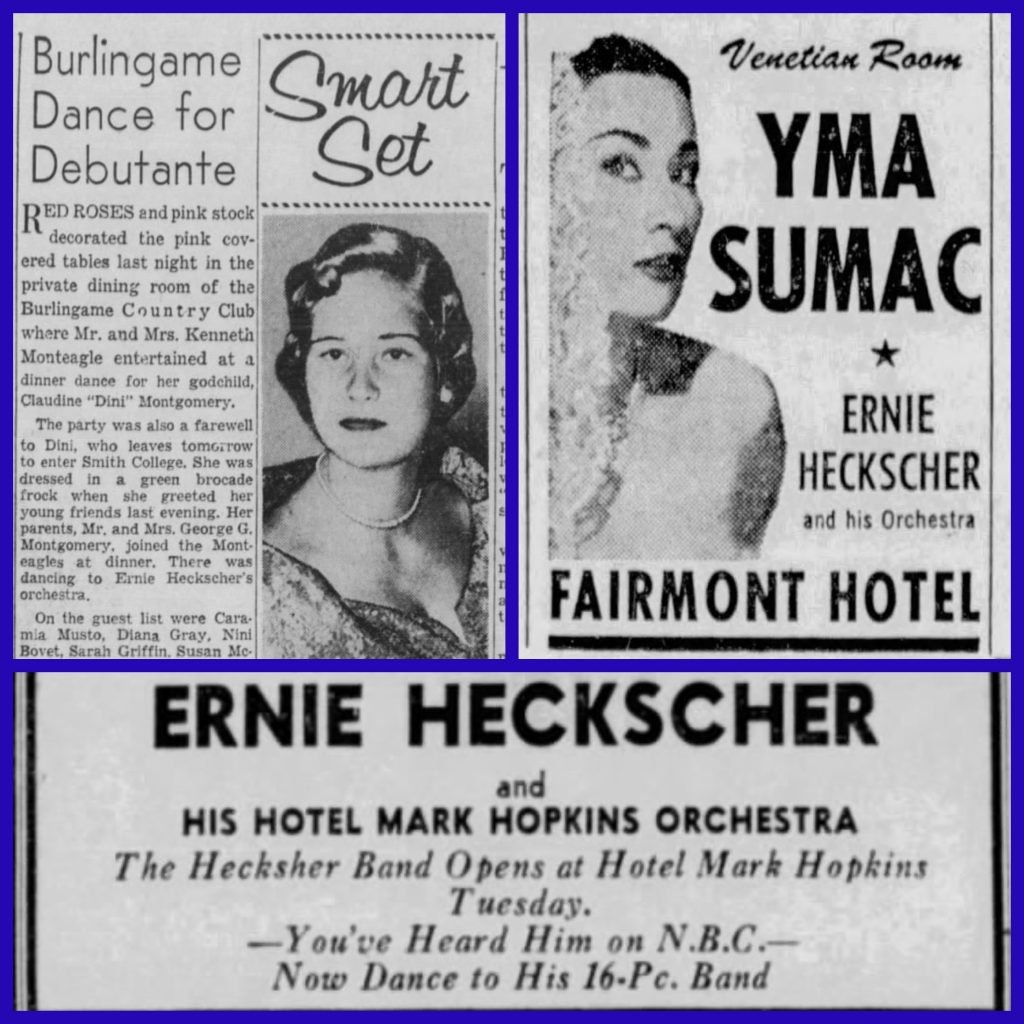 Heckscher had great ears and eyes – he knew a good tune and a good arrangement when he heard them, and he knew how to hire musicians and arrangers who could fit into his orchestrations and play the sort of danceable music his customers expected. He played the white piano in front of the band, always with a backup pianist. His favorite arranger was Van Alexander, and his preferred ensemble sound was a combination of Joe Reichman, Artie Shaw, the old Casa Loma Orchestra. 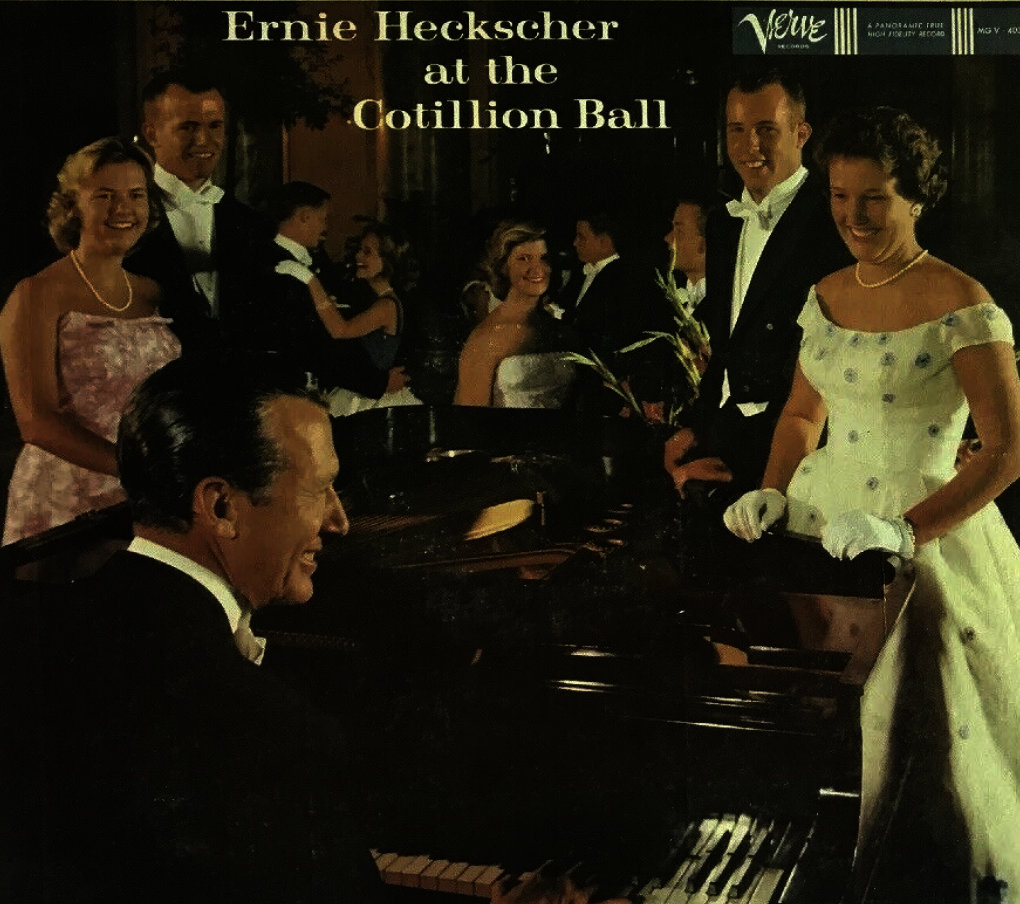