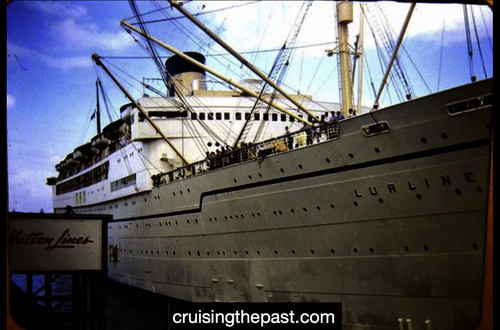 Travel by cruise ship or passenger liner in the 1950s and 1960s was far different from today’s cruising. Many passengers were traveling from one point to another, they had a destination, while others were taking cruises. There were going away bon voyage parties in your stateroom for friends and families to see you off. After dinner, you could see a first-run movie or play bingo or bridge or Canasta which was very popular, but there was always dancing to the ship’s orchestra every night in the ballroom. During the day there would be an early morning coffee, late morning bullion, and afternoon tea.